Infiniti is currently trying to rediscover themselves as a brand. Sadly they are still quite far away from become the premium manufacturer they want. Even so, they are getting there and cars like the Infiniti Q80 Inspiration Concept only make us think about what the manufacturer is capable of. For now this is nothing more but just a concept. However, it looks like there may be a slim chance for the car to go into production. At this point Infiniti doesn’t really have a suitable full-size sedan competitor which is a real shame. The Q80 would solve that and it would give them a true flagship which would be able to tackle competitors like the S Class or the 7 Series.

There is not much information when it comes to the concept and its platform. However, if the car is ever going to go into production, then it is safe to assume it won’t use Nissan’s old FM architecture. Instead, we may see a bespoke platform meant for their future range-toppings cars. This new platform is likely going to be an all aluminum construction without much steel. 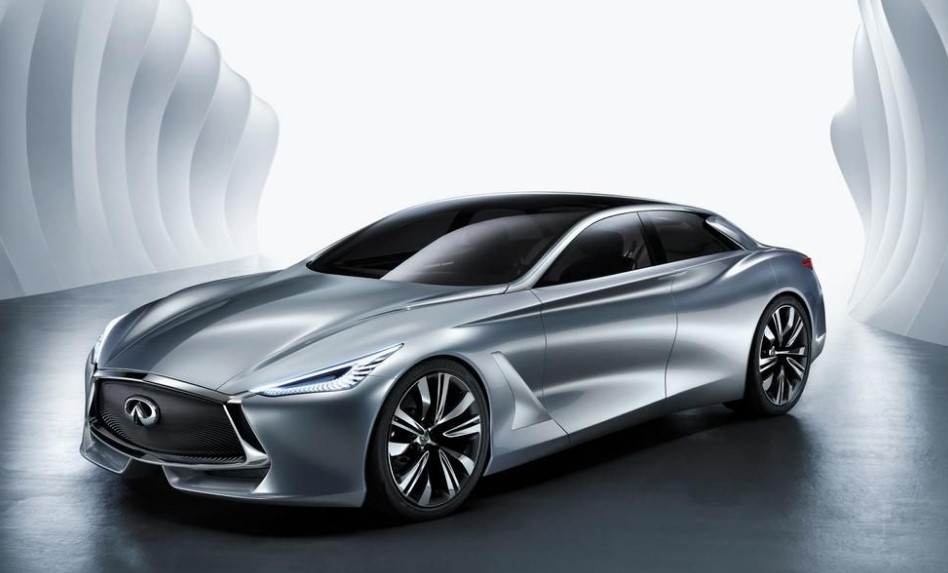 However, it may feature some carbon fiber inserts that would strengthen key areas around the car. As expected, a car this premium would have to boast a premium running gear. We expect that even the base model is going to feature an air-ride system. This will not only give the driver more control over the car but it will also make it more comfortable and better to drive too.

For now Infiniti hasn’t said anything about the release date of the car. Even so, the concept looked not that far from a production vehicle. This could mean they are closer than we first thought, so we wouldn’t be surprised if the production version of the Infiniti Q80 Inspiration Concept will hit the market some time in 2022. Its price is likely going to hover around $100,000 for a base model but things could change by then.

Unfortunately the Infiniti Q80 Inspiration Concept is not really a car that would go into production unchanged. While it would be possible, we doubt the manufacturer will do anything like this. However, there are some design cues that are more than likely going to hit the market. 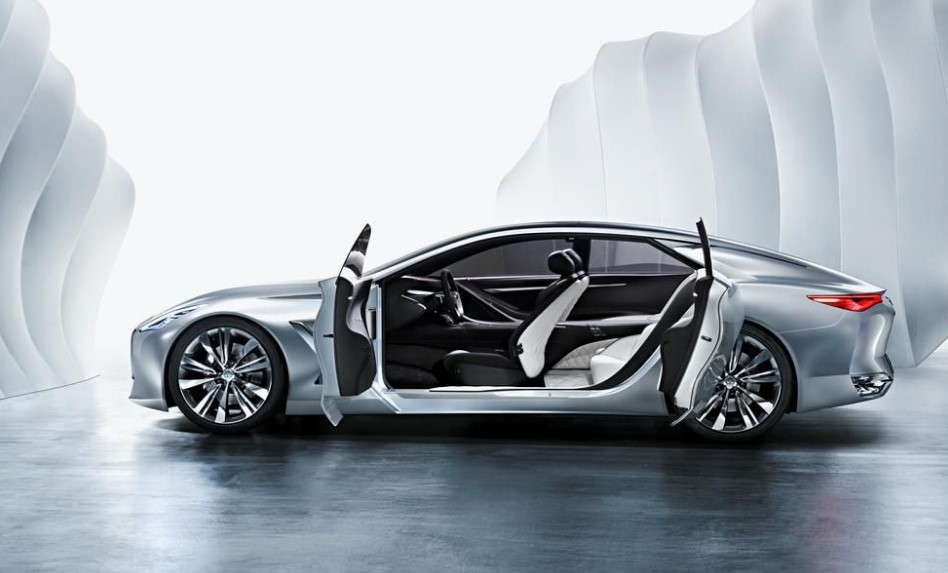 For starters, the sloping roof line, the relatively low hood as well as the “floating” C-pillars should all be there. The full glass roof, the massive 22 inch rims or even the chrome may not which would definitely be interesting to see. The car is still going to look like an Infiniti with the same type of grille as the ongoing models. However, the rear will be quite a bit more different with a much cleaner design than what was available thus far.

Being a concept, the Q80 Inspiration has a rather minimalist and futuristic-looking cabin which won’t hit production anytime soon. 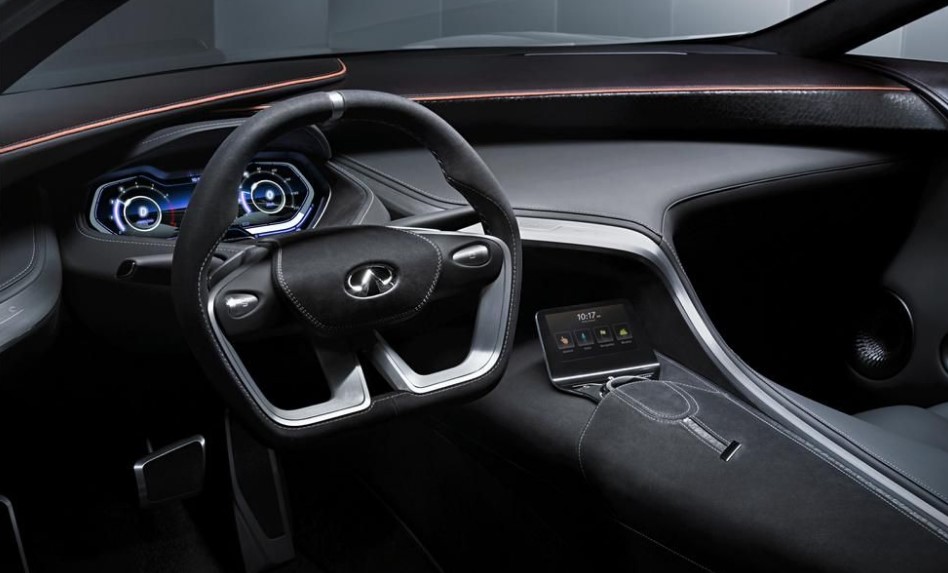 Even so, the car does offer some interesting design cues such as the curved dashboard design or the new type of steering wheel. While the rest of the cabin will likely remain at concept stage, the rest should hit the market on some of Infiniti’s future vehicles.

The Infiniti Q80 Inspiration Concept features a 3.0 liter twin-turbocharged V6 alongside an entire hybrid system. Sadly the manufacturer didn’t say anything about the specifics of this system. The only sure fact is the one that the hybrid system will offer a total of 550 horsepower which is quite impressive. Even so, the torque number is still unknown but it looks like the production model may be quite a bit more different. For starters, we expect the car to come as standard with just a 3.0 liter twin-turbo V6 gas engine. This should be good for anything between 300 and 400 horsepower and up to 350 lb-ft of torque. Further up the range the car should also sport a larger and more powerful petrol engine. Sadly there is still not much information on this. Some suggested the car may get an AMG-supplied 4.0 liter twin-turbo V8. This would develop north of 480 horsepower and 480 lb-ft of torque and it would make the Q80 a true premium sedan. All versions will likely come with all wheel drive and an 8 speed automatic gearbox.