Chinese automotive invasion directed at the west side of the globe is yet to properly happen. All attempts in Europe so far proven as futile, mainly due to the horrific safety issues which emerged when products from makers like Brilliance and Landwind were pressured to do some crashing into the walls. That also applies in the case of pretty much every other Chinese brand, apart from Qoros, which sank due to the ridiculous (high) pricing strategy. If Chinese cant pull out the usual mainstream automotive activity within old continent borders, should they change the type of the game?

IT WOULD BE WISE

Yes, it would be wise if they do, at least until they figure out what crumple zones, active safety features, structural rigidity and strength of the body mean. And while that happens, they might as well read a book or two on engineering, efficiency, build quality, the existence of different grades of plastic materials and generally the definition of the word refinement. 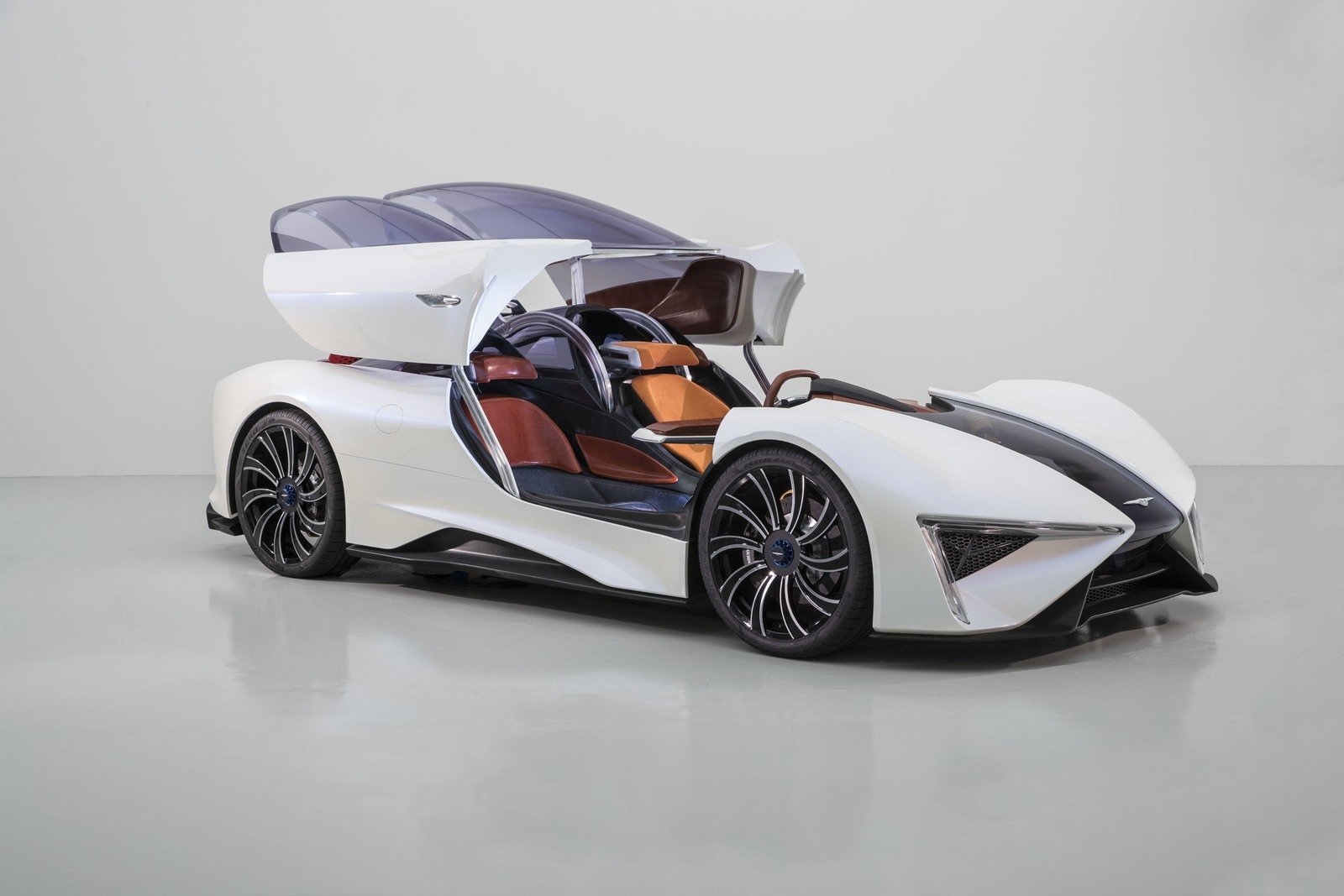 That would certainly take “some” amount of time, so they tried something new. And it is mindblowing! In fact, it is remarkable as much as everything stated from the past is dreadful. And it was seriously dreadful. So, prepare to never look at the Chinese automotive industry with same eyes again, and just one glimpse at 2018 Techrules Ren is enough to cause that.

LANDED FROM THE SKY

You read the title of the story and again no, it’s not a concept. As much as it looks like one. Designed by Giugiaro, it basically looks nuts as Marussia B2 did, but doing so in opposite way with elegant and softer lines. Actually, it surpasses the mentioned Russian experiment, Danish Zenvo ST1 and arguably Mexican Inferno, trying to do almost everything differently than we are used to. 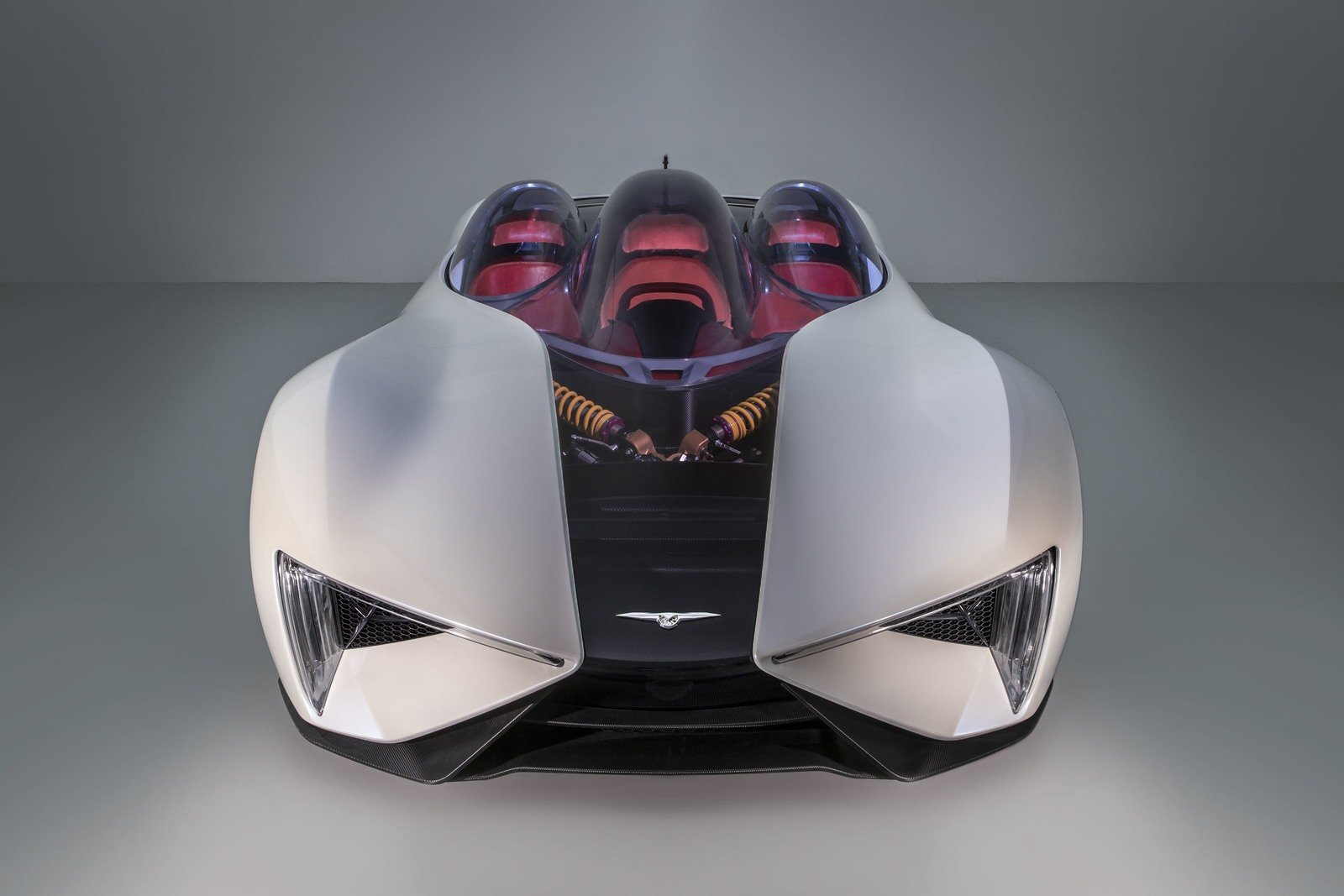 Part of the hood is transparent letting you peek underneath, you don’t open the doors rather you lift whole cabin (jet fighter style), which is then shaped as three separate bubbles leaving you occupying the middle one. Seating in the middle bring warm memories of McLaren F1, but the same legendary hypercar hasn’t been so imaginative as this Chinese to cover seats and other parts of the cabin with denim, the one your jeans usually turn to during production process.

But this is not just about insane styling making Lykan HyperSport blush, or usability awkwardness outshining Citroens of the old, this 2018 Techrules Ren is as much frantic under the skin. It is the first sports car in the world with a turbine engine, this one sips diesel, and it gives us once again opportunity to mention aircraft correlation. But the mentioned engine with 30 kW or 80 kW outputs doesn’t propel the wheels. This is why this is TREV vehicle, “TR” going to the mentioned turbine, while “EV” is exactly what EV is. 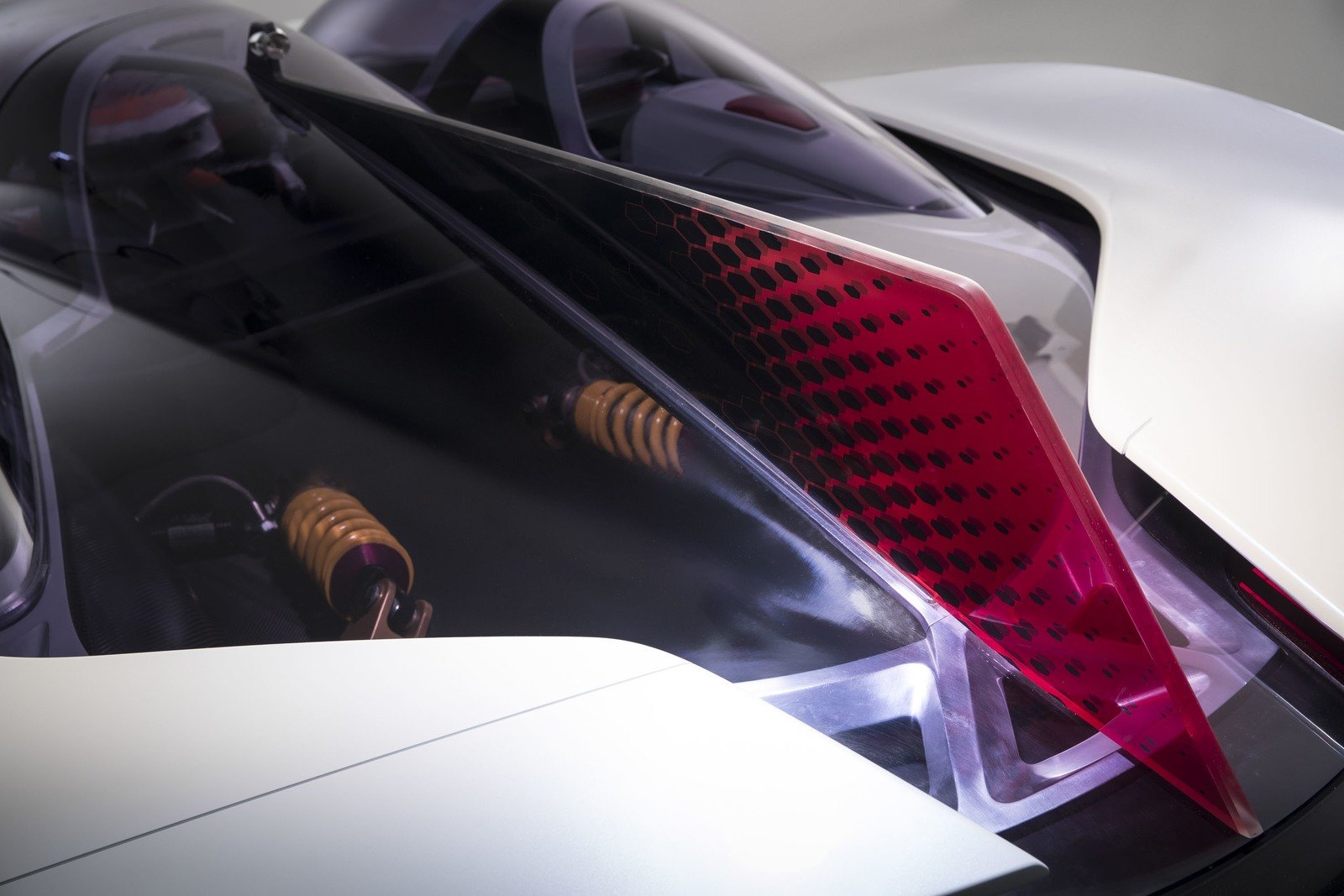 So, combustion turbine serves as a range extender, we have three different battery packs 14 kWh, 25 kWh and 32 kWh, and in best configuration, Ren can go as much as 1243 miles. As for electric motors, you can start with two, and end up with no less than six. With two AC units, this Chinese wonder delivers 429 hp for rear wheels, with four motors it boosts 858 hp allocated to all four wheels and with six of them it breaks the sound barrier with 1287 hp. If that didn’t knock you out of your chair, check this! 1725 lb-ft of torque in mightiest configuration!!! At the end, 0-60 mph happening in 2.5 seconds actually looks modest giving mentioned figures, while the top speed of 200 mph is kind of actually is.

Only 96 of this automotive wonders will be built and at a sluggish pace of ten per year. First deliveries start from next year and those lucky enough to get their hands on one of these blends of automotive and aviation world will pay the unknown monetary value. Yet, be sure that same cash amount will probably reside in a plane of seven figures. To sum up, Chinese just can’t manage to produce a decent hatch, sedan or CUV, but hypercar? Well, you already met the answer.