Full-size SUV segment in the US is one resilient entity. It proved immune to the crossover virus, so these gigantic behemoths or modern gladiators, soldier on with their “un-fancy” truck underpinnings. With brutish looks, size, and manners they defy pretty much every modern trend of efficiency, sustainability, and modesty. And there lays their irresistible charm. They are nothing but pick up trucks with covered beds, and it seems that masculinity and macho-ism tend to survive every rivaling trend. Now, let’s pay attention to one of the Japanese offer, in predominantly American surroundings, or 2018 Nissan Armada.

Nissan didn’t have so much luck with sales figures in full-size part of the automotive world. Full-size truck Titan achieves worst numbers by far in its segment and on its based Armada don’t perform much better in its, especially compared to GM’s accomplishments. Only premium Infiniti QX80 proved decently desirable to buyers, outselling Navigator and staying relatively close to Escalade’s numerals. One of the reasons for Armada’s modest performance? 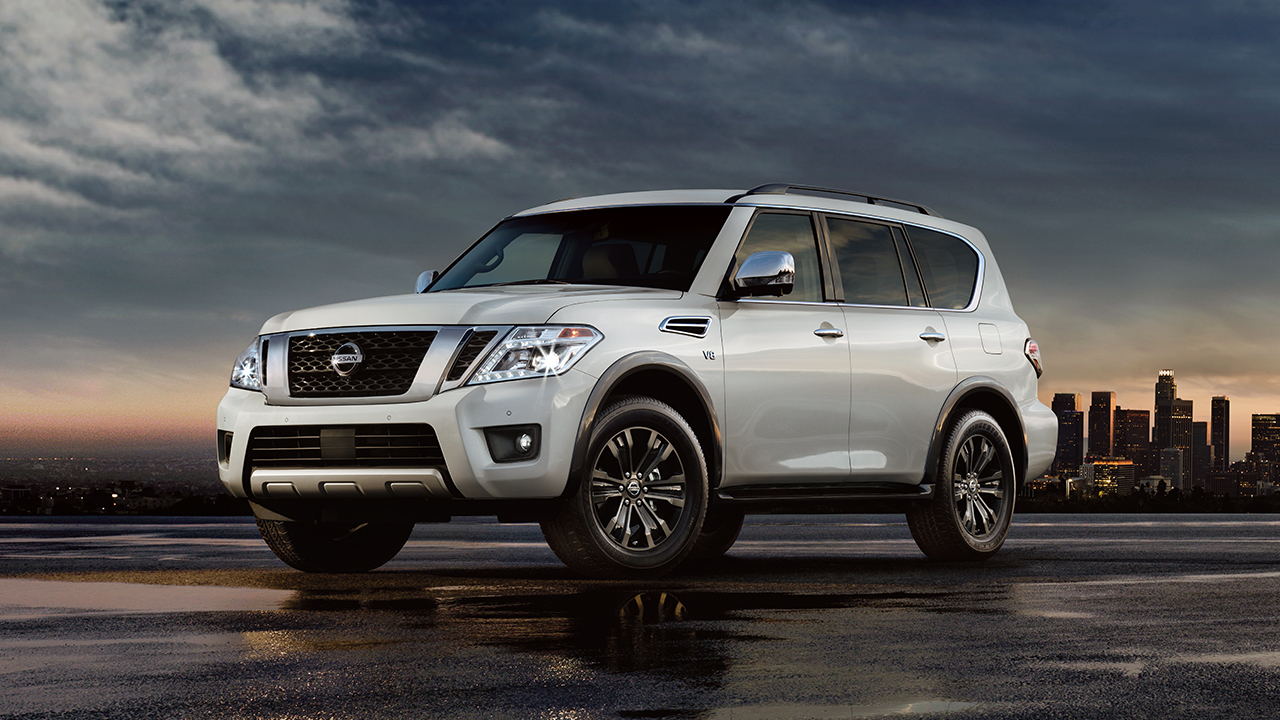 Nissan prolonged production of the first generation to the year 2016 in the US, while in the rest of the world, where Armada is Patrol, brand new model arrived all the way in 2010. Yes, that’s the same model as current Infiniti QX80 at that time called QX56, just less flashy on the outside. So, we are trying to review, for the US officially two years old model, which is actually roaming the roads for seven years, just not American ones. But, let’s not dismiss it so fast.

Actually, that subheading only partially applies and not for the exterior. Compared to premium and much pricier QX80, Armada seems calm and subdued. The whole fascia has meek expression next to rhinoceros-like angry one on the luxury sibling, which might seem fine to people not digging overly expressive styling of the later. Compared to its rivals, it seems prettier than Sequoia, yet it lacks in manful presence and visual determination of Tahoe, Yukon, and Expedition. 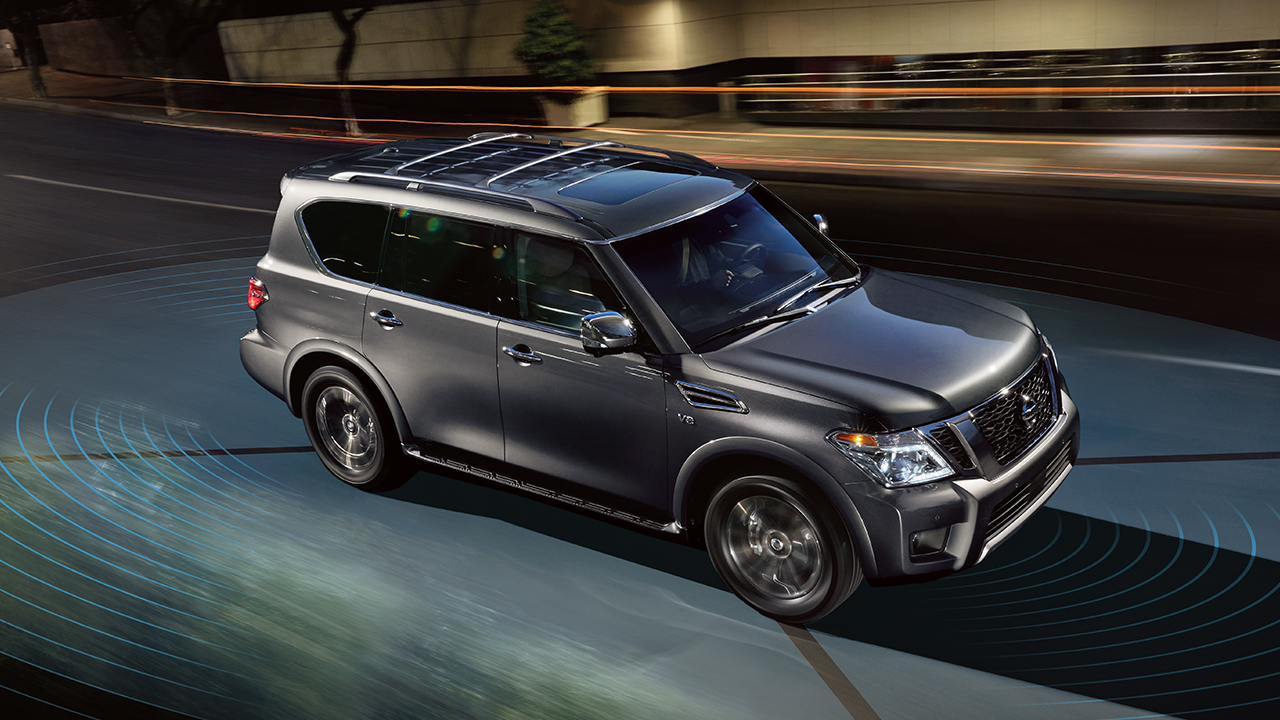 But, it got a special card to play on. And that brings us back to that subheading as it directly implies to the interior. Armada basically has QX80’s cabin, and that stuff is intended to rival Escalade or Navigator. In one word? Lavish. And so much in used materials and visual expression that it stood the passage of time with its head up high. So, premium stuff in the nonpremium segment, which direct rivals can’t match. The only downside would be space, which significantly worsens after the first generation, compromising habitation in the third row and amount of stuff welcomed by the trunk.

It also has Infiniti’s engine. Yet, it seems that Japanese played more reasonably here and same naturally-aspirated 5.6-liter V8 produces 390 hp and 394 lb-ft of torque, or 10 hp and 19 lb-ft less in Aramada’s case. But it only seems so since, with same 7-speed automatic, Nissan beats Infiniti by reaching 60 mph in three-tenths less, doing the deed in 5.9 seconds. That is also competitive toward its rivals, but fuel efficiency of 15 mpg combined is not, caused by the fact that this generation is actually heavier than before (by 100-300 pounds). If we want to talk about good stuff again, we could mention smooth, quiet and comfortable ride with just a dash of body motion, leaving it only compromised by overly light steering. Also, 8500 pounds of towing capacity is one nice figure. Finally, besides RWD, 4WD system is offered with the two-speed transfer case, yet without lockers, it restrains itself from hard-core off-road prowess.

For 2018 Armada received Nissan’s Intelligent Rear View Mirror on higher trims, including top Platinum one, which raised its price by $1,100 to $59,690. The system displays camera’s real time footage of happenings behind the car on the rearview mirror, which could be also swapped with the regular view at the back, and you’ll find the same type of gizmo in Cadillac’s lineup. Also, 2018 Nissan Armada introduces updated infotainment system with the same 8-inch screen but with more connectivity services and extra USB ports, bringing base and middle trim prices up by $700 to $45,600 and $50,350. So, Armada undercuts GM’s and Ford’s offer by over two grand, and despite it’s not as good looking, efficient or roomy, despite it is basically an old product, it still hides within almost twenty grand pricier Infiniti’s interior, making it worthy of consideration.