Giving the iconic status that Prius managed to achieve, it was natural for Toyota to try to cash in a bit more on all that fame. So, Prius family began to grow, which led us to its estate version (Prius V), plug-in one (Prius Prime) and the lesser one (Prius C). That last one could trigger a debate over the justification of its “Prius” part of the moniker, which probably caused substantially inferior sales figures compared to its daddy, despite being the cheapest member of its family. Anyway, 2018 Toyota Prius C is here, and no it’s not a new model, rather a third refresh for the six-year-old car, trying to freshen things up a bit (again). We should see what does that mean actually, but first…

COMPROMISES OF THE “C”

C label maybe has Prius word in front of it, but everything under the skin came from Yaris. So, even hybrid setup is not shared with main siblings, meaning less volume area of cylinders causing less power and less torque, further confirmed by weaker AC motor, ending with even inferior mpg figures. 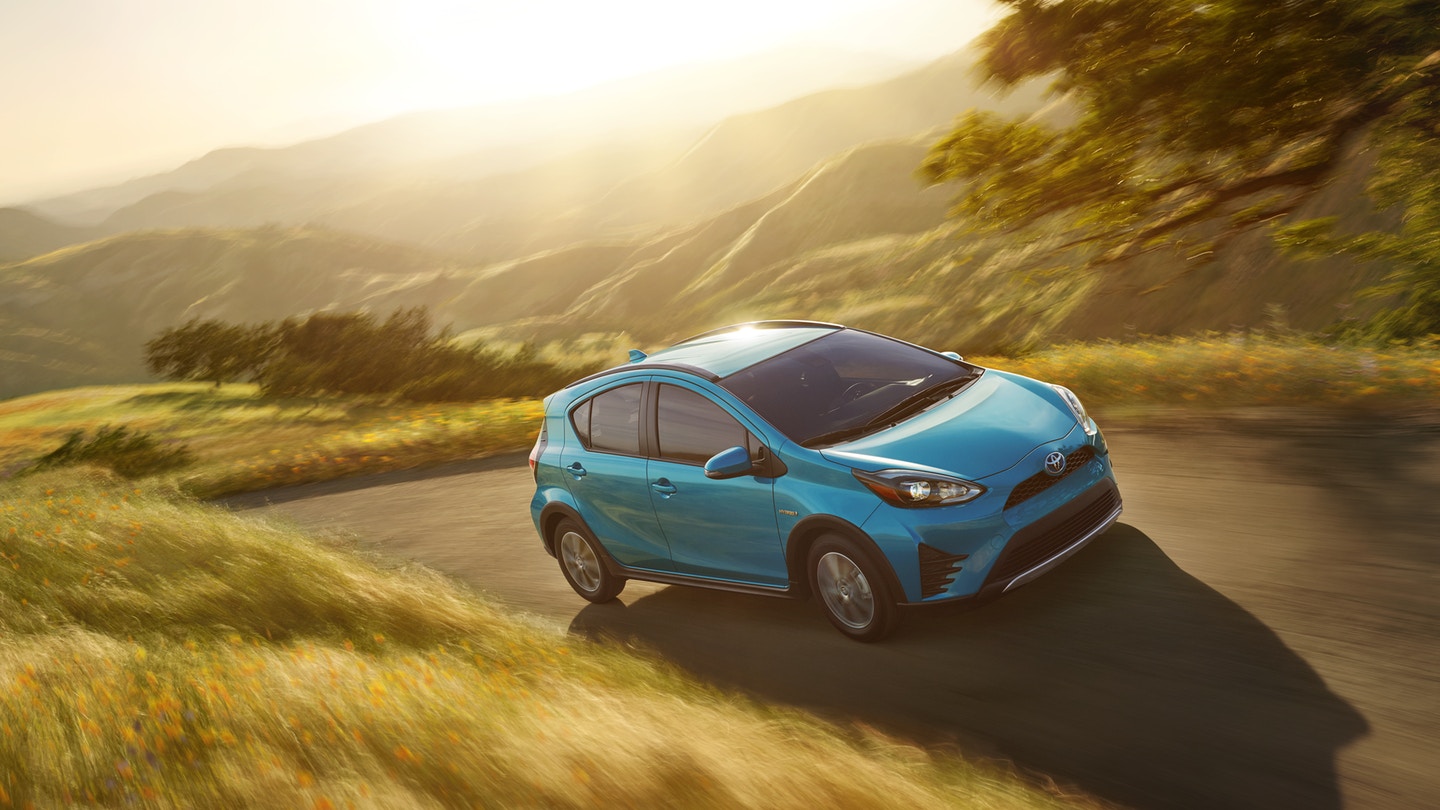 While the Prius always cut some corners in the cabin, as the majority of hybrids do, C has cut simply too many. Any bright point? Price. It starts at $20.6k, and as you go through available trims- one, two, three, four (it’s not a joke), you’ll note that last trim’s price tag of $24.9 is moderately above Prius’s starting ground of $23.5k. If those savings are alluring enough for you no matter what, keep reading.

Can you actually believe that this is the second facelift in the same year? Although, one that happened just at the beginning of this year was rather a milder one, but exterior sporty touches that it brought were neat ones. Anyway, Japanese obviously decided that sporty shouldn’t be mixed with Prius and 2018 model year brought some SUV-ish visual traits. 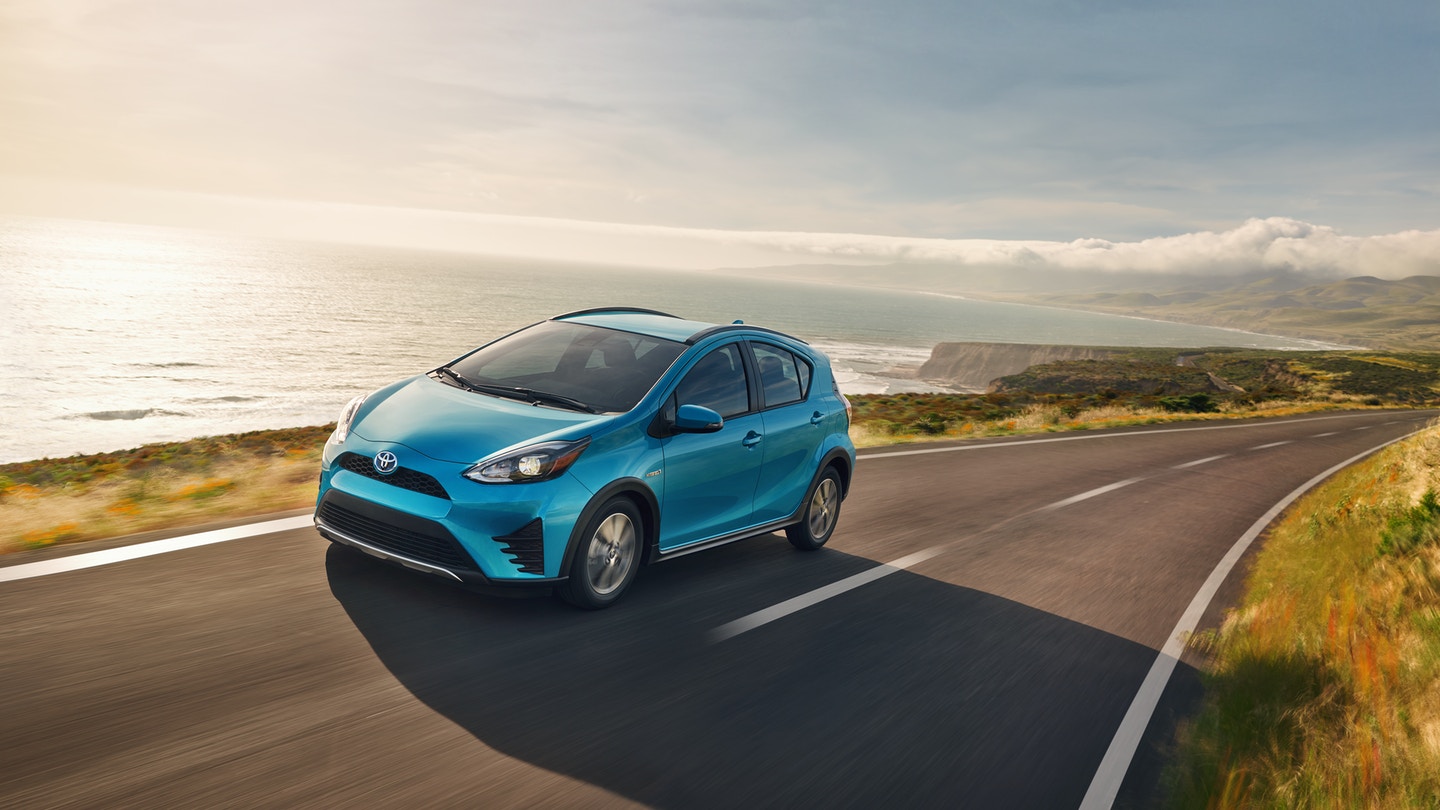 Possibly inspired by crossover’s superior sales figures over sports cars, Toyota added skid plates and plastic cladding, along with the new shape of headlights, grille and front bumper, while the revised interior layout of tail lights wrap up the changes. New 2018 Toyota Prius C is a funky looking car and exterior is the least problem of it and one look at the interior will answer why… 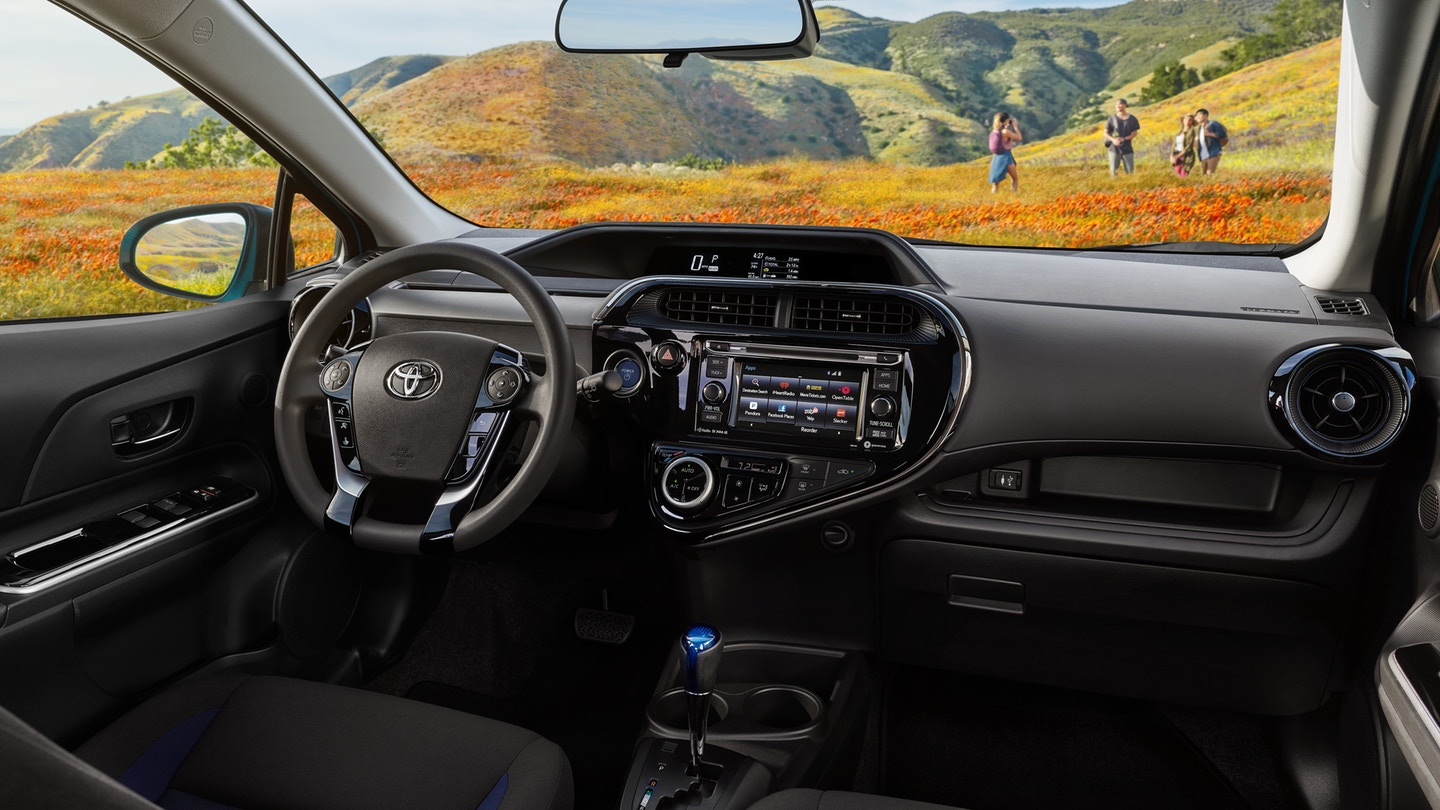 New one retains the overall shape, while revision modified design of some buttons on the dash, add some new ones to the steering wheel, while gloss black center console insert enlarged its surface. That means that whole deal still feels exceptionally cheap even for Prius and also unlike Prius’s one is incredibly noisy. And sure, as this being a Toyota, no Apple CarPlay or Android Auto.

This is just visual refresh, so 1.5-liter Atkinson capable L4 and two electric motors remain, as much as 99 hp. The bigger electric motor does the usual job, while other acts somewhat like CVT transmission. As we mentioned, power figure is below Prius’s one (120 hp) and despite C bares significantly less weight, 0-60 takes 10.9 seconds lagging four-tenths compared to the bigger sibling. Also, the battery pack is of nickel-metal nature and a more modern lithium-ion option is not available. 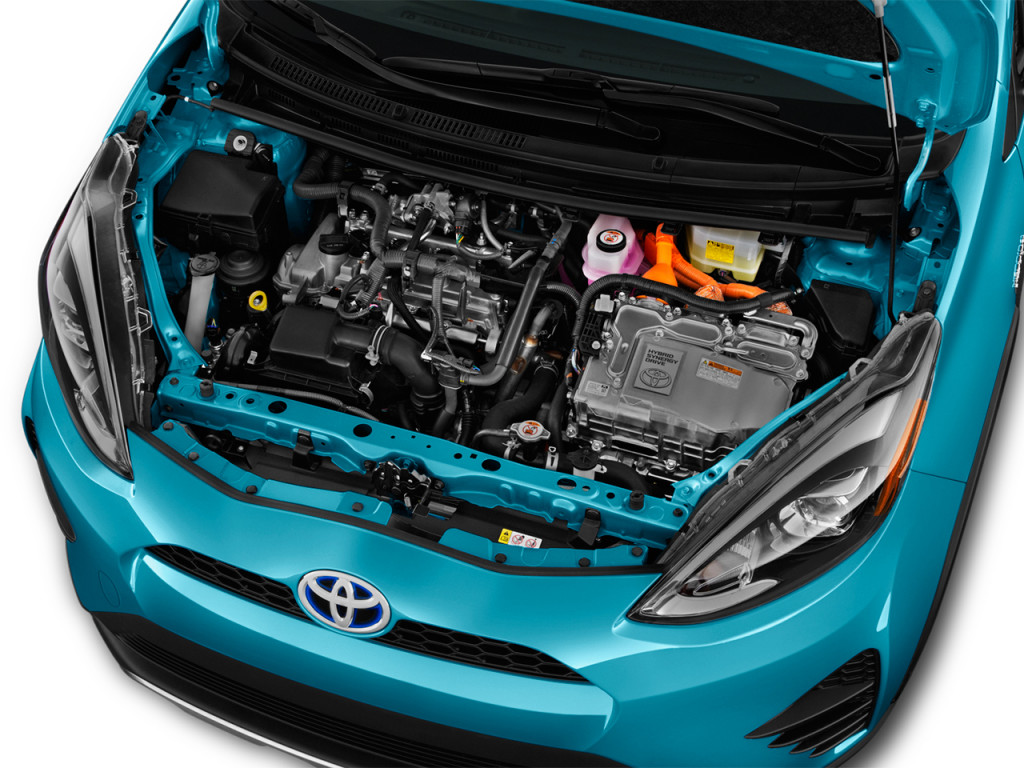 Finally, as the most important part of any hybrid equation, C offers 48/43 mpg (city/highway) which trails by a nice margin Prius’s 54/50 mpg or by even nicer Ioniq’s one- 55/54 mpg. We do know that driving pleasure is usually discriminated with this type of transportation, but we would note that introduction of new generation of Prius two years ago, highlighted even more appalling road manners and handling capabilities of this little hybrid. In total, besides new stylish appearance and several grand of savings, it is hard to recommend this one over the Prius, Ioniq or Niro.