While we are all amused by the sudden flood of extremely aggressive compact crossovers, hiding volcanoes of horsepower under the hood, some already arrived- Macan Turbo, AMG GLC63, and Stelvio Quadrifoglio, or the ones that are yet to do so- X3 M and F-Pace SVR. But let’s not let those fiery beasts distract us from more mundane, easier to live with, but decently ferocious twins with lesser labels. Their pool also significantly expanded lately and is surely not lacking in choice, letting you browse between X4 M40i, AMG GLC43 (including Coupe version), F-Pace S, Macan GTS and SQ5. That last one was “the one” that started the game in question in 2013, so let’s see how new iteration handles a bunch of newly arrived rivals.

The natural way of action, when you were alone for some time and then suddenly ambushed by the group of angry rivals, would be certainly a high boost of power figures and presumably beef up menacing part of your appearance in hope that that should scare enough those pesky intruders.

But Audi did none of that. Maybe “four rings” brand hasn’t felt fear at all or it was shocked too much by sudden happenings, in either case, it resorted to (a very mild!) evolution of things and one that’s not so easily noticeable. Is that enough now for 2018 Audi SQ5, giving the circumstances? Let’s see.

Hp number is overrated? That what engineers located in Ingolstadt must have thought. New SQ5 share exactly the same 354 hp figure as the old one, which is completely disappointing. Fortunately, other stuff is not. Old 3.0-liter V6 exchanged supercharger for turbocharger which resulted in torque rise of 23 lb-ft to a new peak figure of 369 lb-ft. But, more importantly, that peak torque is accessible at extremely low 1370 rpm and it keeps its momentum till 4500 rpm, which makes it significantly more manageable than older narrow and high to reach power band sitting between 4000 and 4500 rpm. 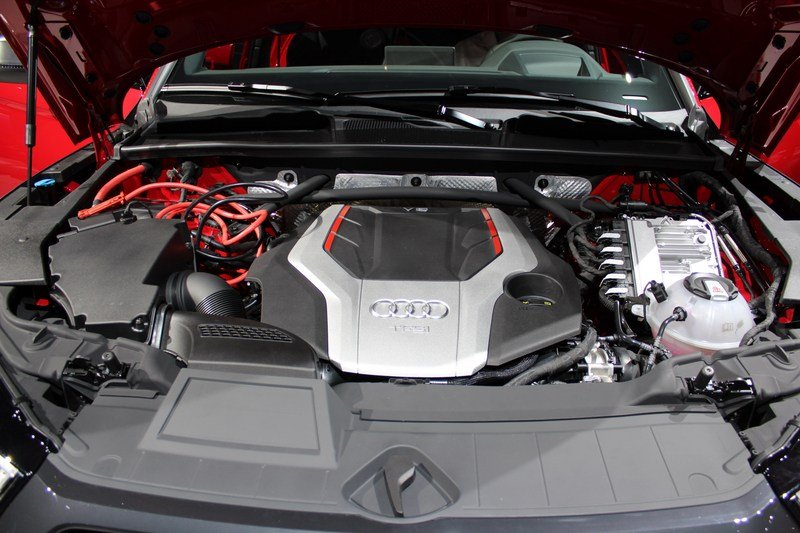 ZF’s 8-speed automatic carries over (base model gets 7-speed dual clutch?!), along with adaptive suspension and standard AWD. The last one favors rear wheels with 40/60 power split unlike in regular model, while torque vectoring LSD for rear axle has the ability to allocate whole torque to only one wheel. Audi claims 0-60 time of 5.1 seconds or exactly same as before, but that might prove a bit humble in the amount of, let’s say, one-tenth? Cornering poise is improved and decently peppy, but not enough to become pure joy, while insufficiently precise, also numb, steering feel remains.

S letter usually brings just a modest dash of visual sportiness and new SQ5 doesn’t breach that. Different grille’s and side intake’s slats, contrasting painted mirrors, tweaked rear apron and couple of badges are all that you get. If you are into some flair, forget it! 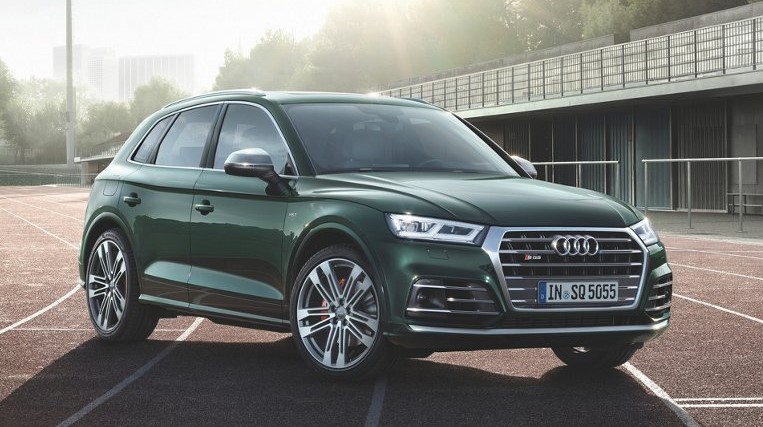 Not even exhausts tips are visible. Interior fares a little bit better with diamond stitched, highly bolstered seats, flat-bottom steering wheel, and available racing inspired (read carbon-fiber) accents. As it is also in the case of regular new Q5, interiors stun with the build quality and used materials, technology is top notch with Virtual Cockpit, the design is not overly exciting, but very importantly seating position is incredibly improved eliminating the feeling of seating on a high bar chair. 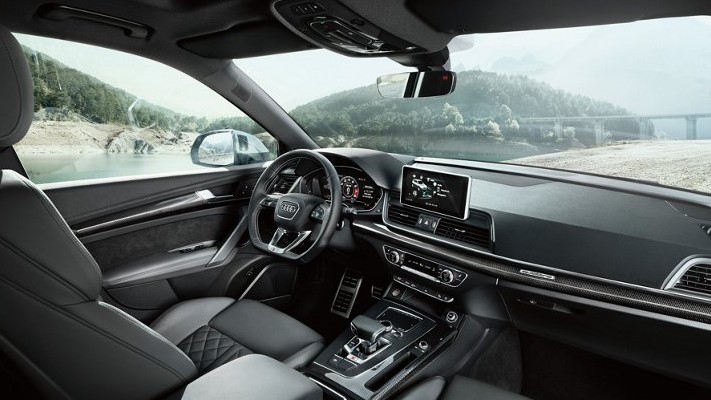 Interior refinement is only matched by GLC, actually even surpassed, while we could also mention internally sophisticated Volvo’s XC60 T8 model, but its lack of sporty aspirations keep it out of this story despite available power.

When the first SQ5 arrived, its extra power grunt and stiffened-up up suspension appeared as “brought by heavens” compared to regular model or plain X3 and GLK. Now? Its power figure trails all rivals, 0-60 time also, apart from F-Pace S with which we have a draw, and its subdued styling hasn’t done any favors to it making it ungraceful next to Jag’s and Porsche’s stuff. Finally and most importantly driving pleasure falls incredibly short of the one offered in two just mentioned handsome opponents and we could freely include Merc here too. If you still want 2018 Audi SQ5, despite all stated, it is already on sale in the US for starting price of $54.3k.