All this excitement about the future resurrection of legendary BMW’s 8 Series, blurred the fact that 6 Series is probably destined for euthanization. Beemer already stopped selling coupe version of it in the US earlier this year, but Convertible and Gran Coupe are still here. For now… As we assume that their days are numbered, let’s pay them all an honor and see what most flamboyant version of them all has to say about itself. That would be 2018 BMW M6 Convertible.

THE LOOKS OF IT

Let’s face it, prettiest 6 Series was the first one introduced in 70’s, the second one from 2003 was still a stunner not shaming its roots, but the current one is rather blunt. There is nothing wrong with it per se, but compared to previous generations it just fails to captivate. Still, wherever is M letter employed things tend to get much better. 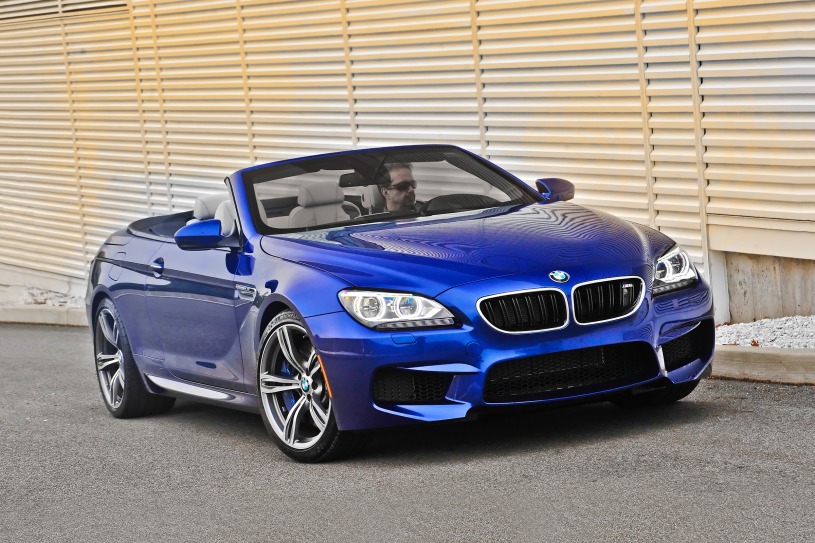 Dull fascia expression is at least partially mitigated with larger front intakes covered in black meshing, while the rear is adorned with aggressive looking diffuser and quad exhaust setup. We have a soft top here and sadly it hasn’t kept those funky flying buttresses of its near predecessor, but the overall shape of things is sleek and elegant.

Giving that M6 debuted in 2012 (regular version year earlier) dynamically sculptured tail manages to resist years nicely, but that front expression not so much… Cabin? Well, that’s the thing that manages to captivate in its story. 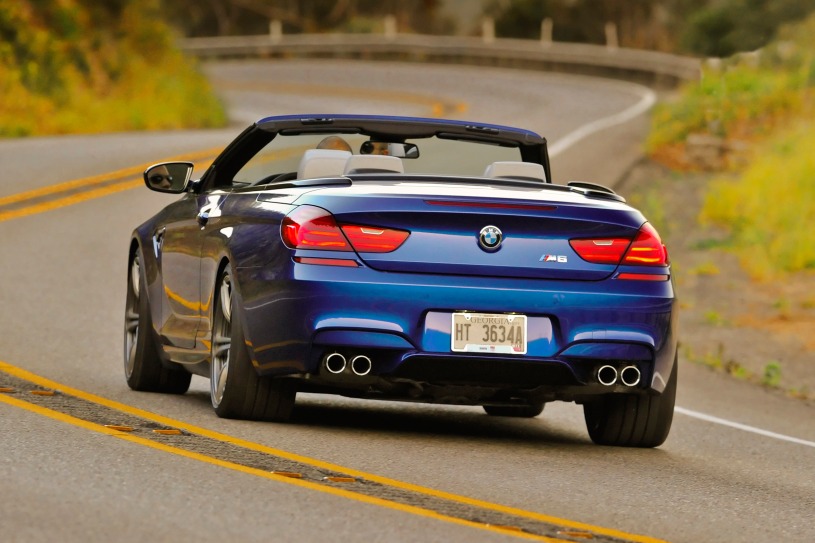 Sure, it lags in design as Beemer moved on in later years and it is inferior to new E-Class Cabriolet which is also significantly less pricey, but it is still a lavish cocoon embracing the driver or just the breathtakingly good environment. M adds steering wheel that looks more contemporary, special gear lever, sporty seats and some unique trimmings intending to infuse some sporty flavors into predominantly luxury surroundings.

Is a big car with an M badge, so you know what’s powering it. That’s right, 4.4-liter twin turbo V8 pumping out 560 hp and 500 lb-ft of torque available from very low 1500 rpm. We know that by the arrival of new M5 with 600 hp, this now sounds more plain then it was, but 0-60 happening in four seconds is just fine for a luxury grand tourer. That’s right this is GT car, weighing whole 4509 pounds (that is a lot), and despite being an M it is more comfortable on the highway than on the race track. 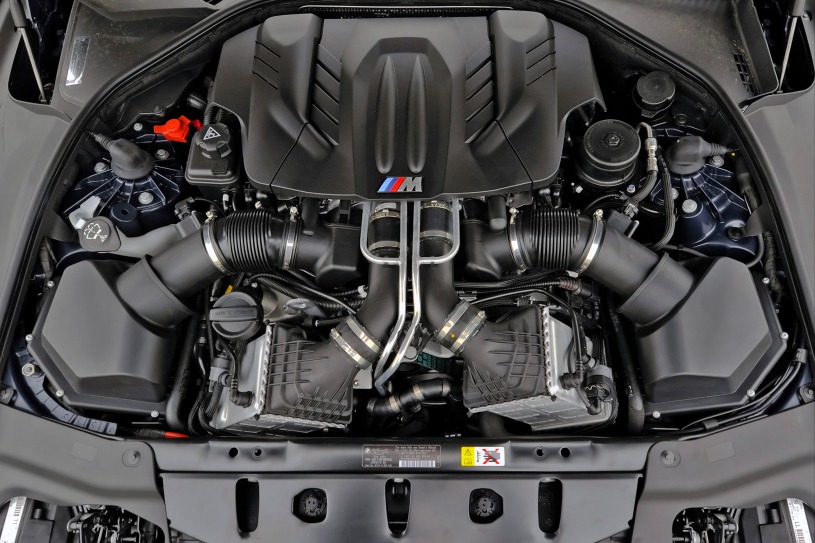 Yes really, it isn’t overly excited with sudden direction changes, it manifests understeer when pushed out of comfort zone and V8 exhaust melody is rather tame. As long as you don’t get confused about its nature, you will be more than pleased with it. We don’t know if anybody cares, but let’s note that M6 allows 14 mpg city and 20 mpg highway fuel economy. But we do know that everybody cares about the fact that besides 7-speed dual clutch automatic you can go for manual.

THE REASONS TO GO FOR IT, OR NOT…

So, should we recommend going for 2018 BMW M6 Convertible? Tricky one… Listen, it is still a decent looking thing despite its age, while the cabin is still a pure delight. We are not certain whether you got the magnitude of the fact that it offers a manual, so we’ll elaborate. Newest M5 doesn’t. And neither will any future M product (probably). So, that is a big deal and part of the past which is currently evaporating quickly. Price? $122k. Ouch! That is thanks to the 6 Series overall awkward (read rudely high) pricing strategy which will be the main cause of its current route to pasture.

That is more than twenty grand over a new M5 and probably will be above the price of AMG E63 Cabriolet if Merc decides to offer that in the future. Ok, we are struggling here to justify reasons for opting for it. If you are into luxury with or without an M badge, new Lexus LC is the go-to destination, somewhat pricier S-Class Cabriolet certainly too, or even incredibly cheaper but superior in opulence than this Beemer, E-Class Cabriolet. If you are into some cornering pleasures things are even worse for it… M6 Convertible price tag intrudes 911 GTS territory or even AMG GT’s one, and well, that’s not nice at all…