There are more and more manufacturers joining the ranks of hypercars. Not that long ago a rather unknown one released a brand new vehicle. The 2018 Aria FXE has to be one of the most impressive cars we have seen this year. The car offers the performance of a true hypercar while being built by a relatively small company. The end result is rather impressive, so let’s take a closer look at the new Aria. For starters, the company is the same one that assembles the body panels for the 911 re-imagined by Singer. This means that they have quite a bit of experience with carbon fiber, so naturally, the FXE uses an all carbon fiber construction. The end result is a car that only weighs 3,450 pounds which is highly impressive.

We say its weight is impressive because the FXE is actually a hybrid. This makes it one of the most lightweight hybrid hypercars on the market which is not exactly an easy feat to achieve. The car uses a unique carbon fiber tub on which they installed carbon fiber body panels. Most of the suspension components, as well as some of the other metal parts, have been 3D printed from metal. This is a new technology which allowed Aria to come up with a really lightweight design. The car comes as standard with 20 inch rims in the front and 21 inch rims in the back. Both of these are provided by HRE and unlike in most other cars, the rims are carbon fiber as well. This should allow the car to keep the center of gravity down while not ruining the unsprung weight.

Even though they showcased the car, it looks like the 2018 Aria FXE will hit the market at a later date. On top of that, they didn’t reveal the price. It looks like most think it will cost over $1,0 million and we wouldn’t be that surprised about such a high price tag. Why? Well, the manufacturer is small while the FXE definitely is a niche product.

Probably one of the more interesting things about the new FXE has to be the way it looks. Even though most other manufacturers are following a similar pattern, this is not really the case with Aria. 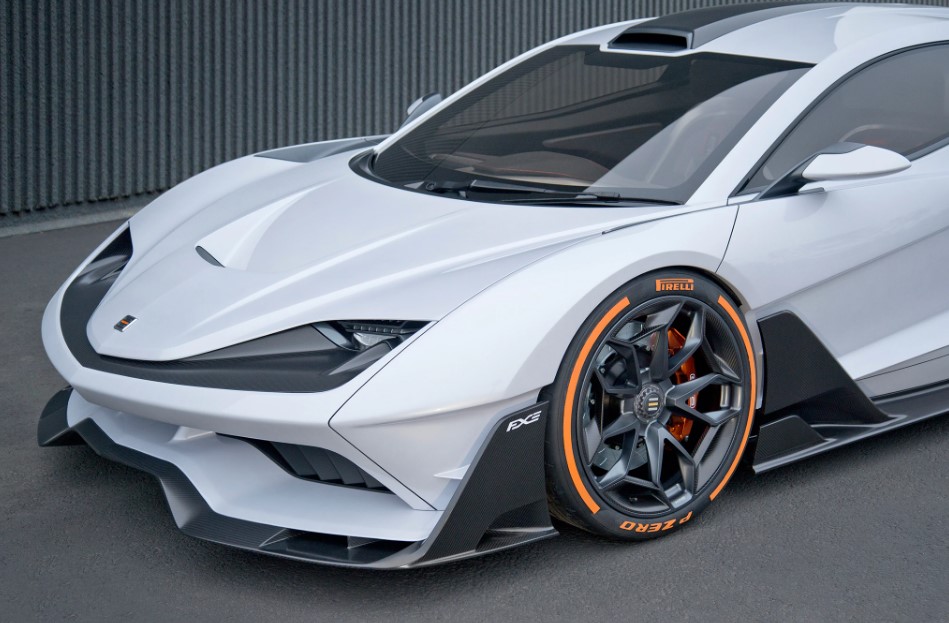 The FXE has a rather unique front end with unusual grilles while the sides have massive intakes similar to those on a fighter. The rear boasts a large fixed wing alongside an F1-like design which makes the 2018 Aria FXE stand out. The massive wheels complete the look even further.

The cabin of the car is rather unusual, so we are quite interested to see how things are going to develop from now on. Instead of offering actual seats, the car features some carbon fiber padded areas in the carbon tub. This allows them to keep the weight down but it doesn’t really make the car all that comfortable. There is a harness in place as well which makes things that much harder. We do expect the car to change slightly for the production version. Things like regular seats, likely more padding as well as leather upholstery might become standard.

Being an American car, the 2018 Aria FXE comes with an American engine. The car features GM’s well known 6.2 liter supercharged V8 which also powers the latest Corvette. However, in this application the engine offers a rather impressive 720 horsepower and more than 600 lb-ft of torque. On top of having a rather powerful engine, the car also features two electric motors powering each of the front wheels. For now the manufacturer is still looking for a suitable transmission to handle all that power. It looks like a 7 or 8 speed dual-clutch automatic is likely going to be used. The end result will be around 1,150 horsepower and 1,316 lb-ft of torque which is a lot of power for that weight. On top of all that, the car will also feature a 10 kWh battery-pack. This will be used by the regenerative system but it should also allow the car to drive on all electric power for at least 5 to 10 miles. Some also suggested the FXE may be a plug-in hybrid but nothing has been confirmed up to this point. 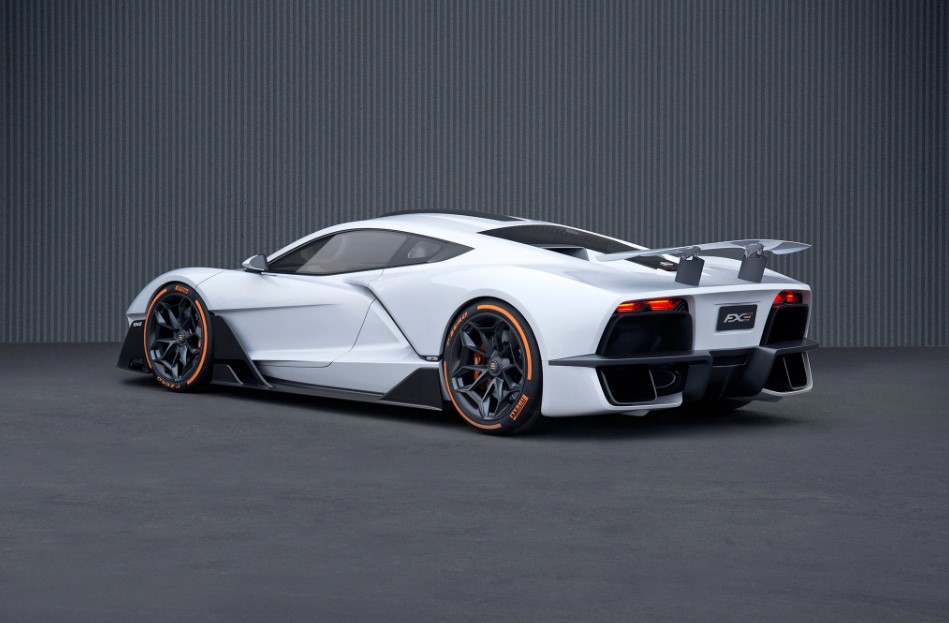