Current Corvette is a beast. Is a pure track animal. Priced as Cayman it has no problem of shaming 911 on a track. We could even argue that world doesn’t need more than Grand Sport model which doesn’t stray from base Stingray’s hp offering of 460 hp but still annihilates lap times with the ability to sustain 1.11 of lateral g without losing its “grip” (pun intended). But, no there is more. There is a Z06 model, which does borrow lots of bits to Grand Sport but doesn’t share its 650 hp, which cause run to 60 mph in just 3 seconds. And that one even further defies the law of physics with 1.19 of lateral g. And then there is a Z07 package… And we haven’t yet even witnessed the arrival of ZR1 model! One that could boost 750 hp… But still, we are here to talk about even greater stuff- 2019 Chevrolet Corvette.

No, 2019 Chevrolet Corvette is not a refresh, it’s a brand new C8 model. C7 iteration is with us from 2013, while new generation in question should debut during next year. So, current lifespan is going to be a bit shorter, and apart same market life duration of C2 model, all other dwelt significantly longer on the market in their times. 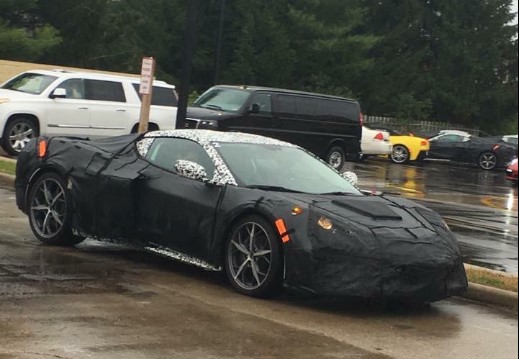 Why is Chevy in such a hurry? Cause new Vette is going to turn its world upside down. That’s right, ladies and gentleman Corvette is about to shift its engine in the middle! Just don’t expect current $56k starting price tag to follow through… Rather $70k-$80k. But who cares? Vette is about to morph into a mid-engined supercar!

As we mentioned current Z06 delivers 650 hp, Stingray and Grand Sport model do with 460 hp (455 hp for Stingray without performance exhaust option) and that would be thanks to their small-block 6.2-liter V8. LT4 unit in question has a pushrod setup, 16 valves, direct injection and Eaton supercharger (which is absent in case of Stingray and Grand Sport model), while new generation should probably see the same stuff, but with a rise of current power figures. 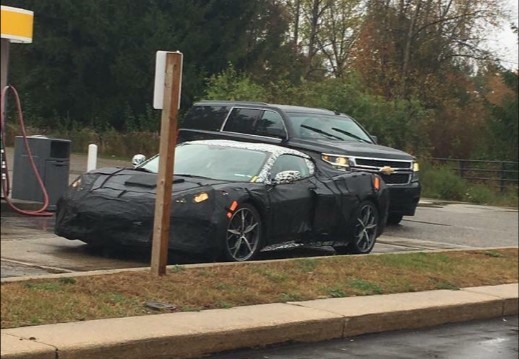 Still, only one camshaft located down below in cylinder block using rocker arms to operate just two valves per cylinder simply sounds ancient. So, expect new neoteric gas powered mill with two overhead camshafts molesting four valves per cylinder, or 32 in total since nothing below eight cylinders has right to dwell under Vett’s hood since 1963. Unless they introduce hybrid model… Believe or not “E-Ray” moniker was patented two years ago and it could actually mean just that. We are not going to spoil the story now until that becomes the full certainty.

As far as we imagine, distant ZR1 version of C8 Corvette (which might be called Manta Rey) (or not) might as well produce above 800 hp. Till recently pure hypercar territory… Upcoming power figures are the main reason why GM pushed engine closer to the back and why it went through all the hustle of creating a brand new platform. Only perfect balance of mid-engined supercar can properly handle exaggerated amounts of power, or you end up with something as frantic as Challenger Hellcat. 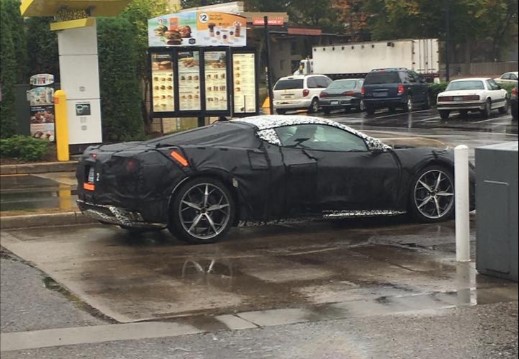 So, it was not done for appearance purposes. But, my God, is this thing going to look good or not!!! Just look at those damn spy shots… Cabin pushed up front, short nose, enormous tail, flat and pushed to the ground body… Do you get that? That would be Mclaren 570s, Aventador, LaFerarri general shape of things for a still meager price tag. That’s it, we are left speechless…