The current Flying Spur is not exactly the most up to date luxury sedan on the market. Bentley released the car back in 2005 but the car is actually based on a much older VW architecture. Because of that, it feels heavier and not as good to drive as most of its newer rivals. In order to change that it looks like the manufacturer is already working on an update. This is going to be the future 2019 Bentley Flying Spur which will integrated the newest technologies the company has to offer. Another interesting thing about the new car is going to be its architecture. While its predecessor used a VW platform, the new one is going to use a Porsche chassis. This should allow the new model to be lighter, stiffer and far better in terms of handling.

With the new platform, the Flying Spur is also going to feature things like a new suspension system, far better brakes as well as increased structural rigidity. The latter will directly translate in better NVH levels, a more comfortable ride as well as far better driving characteristics. 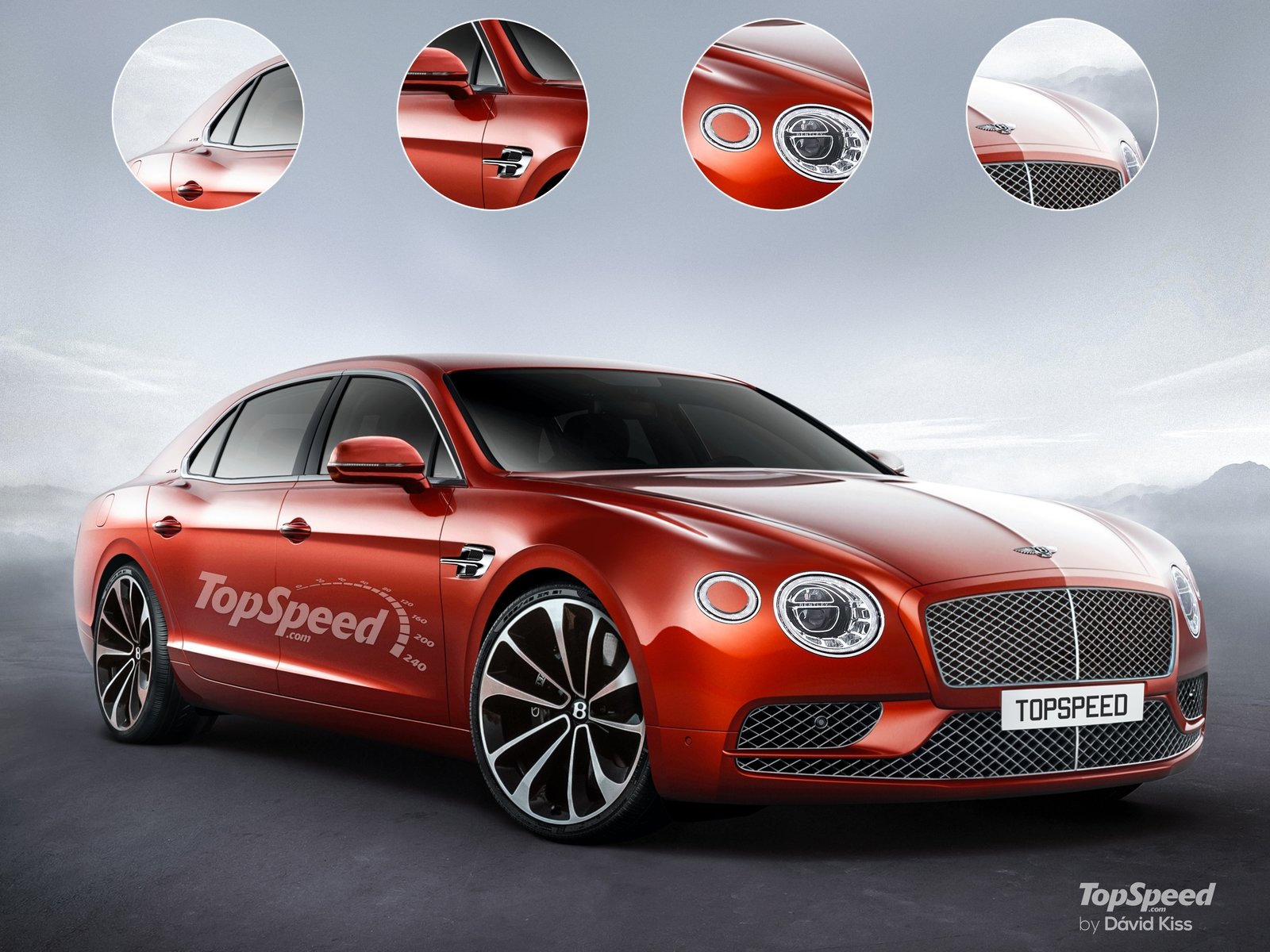 The latter is likely going to be one of the main reasons people are going to upgrade to the new model. There is still no word on the size of the car. Even so, from the latest spy shots it looks like it will be just as wide and as low as the new Continental GT. However, the 2019 Bentley Flying Spur is going to be noticeably longer which will allow it to have that extra set of doors.

Even though Bentley didn’t say much about when they are going to release the new model, it looks like the car may hit the market some time in the late 2018. Its price is more than likely going to hover around that of its predecessor. The base model should still cost around $190,000, thus making it one of the most expensive vehicles in its class.

Just like with the ongoing model, the car is going to feature a wide array of engines meant to make most of its customers happy. At launch, the 2019 Bentley Flying Spur is more than likely going to feature a 6.0 liter twin-turbocharged W12 engine, the same as the one found in the Bentayga. In this particular application the engine may offer more than 600 horsepower and 664 lb-ft of torque. The car will likely ditch the usual 8 speed torque converter automatic in the favor of an 8 speed dual-clutch gearbox. This will be possible thanks to the Porsche MSB architecture. This also means the car is going to boast a standard all wheel drive system. This setup should allow the new Flying Spur to hit 60 MPH in around 3.4 seconds or less. Its top speed is more than likely going to be just around 200 MPH which would make it the fastest sedan on the market. Later down the road the car is also going to feature a 4.0 liter twin-turbo V8 with closer to 500 horsepower and 500 lb-ft of torque. A hybrid boasting the same V8 engine is also going to be an option. However, this one will provide close to 700 horsepower which will make the Bentayga quite interesting to drive.

There is no doubt about the fact the 2019 Bentley Flying Spur is going to be mostly identical to the new Continental when it comes to its front end. Even so, the car will provide a far more interesting set of proportions which will make it stand out. The new grille and smaller headlights will make the car appear wider than it really is. 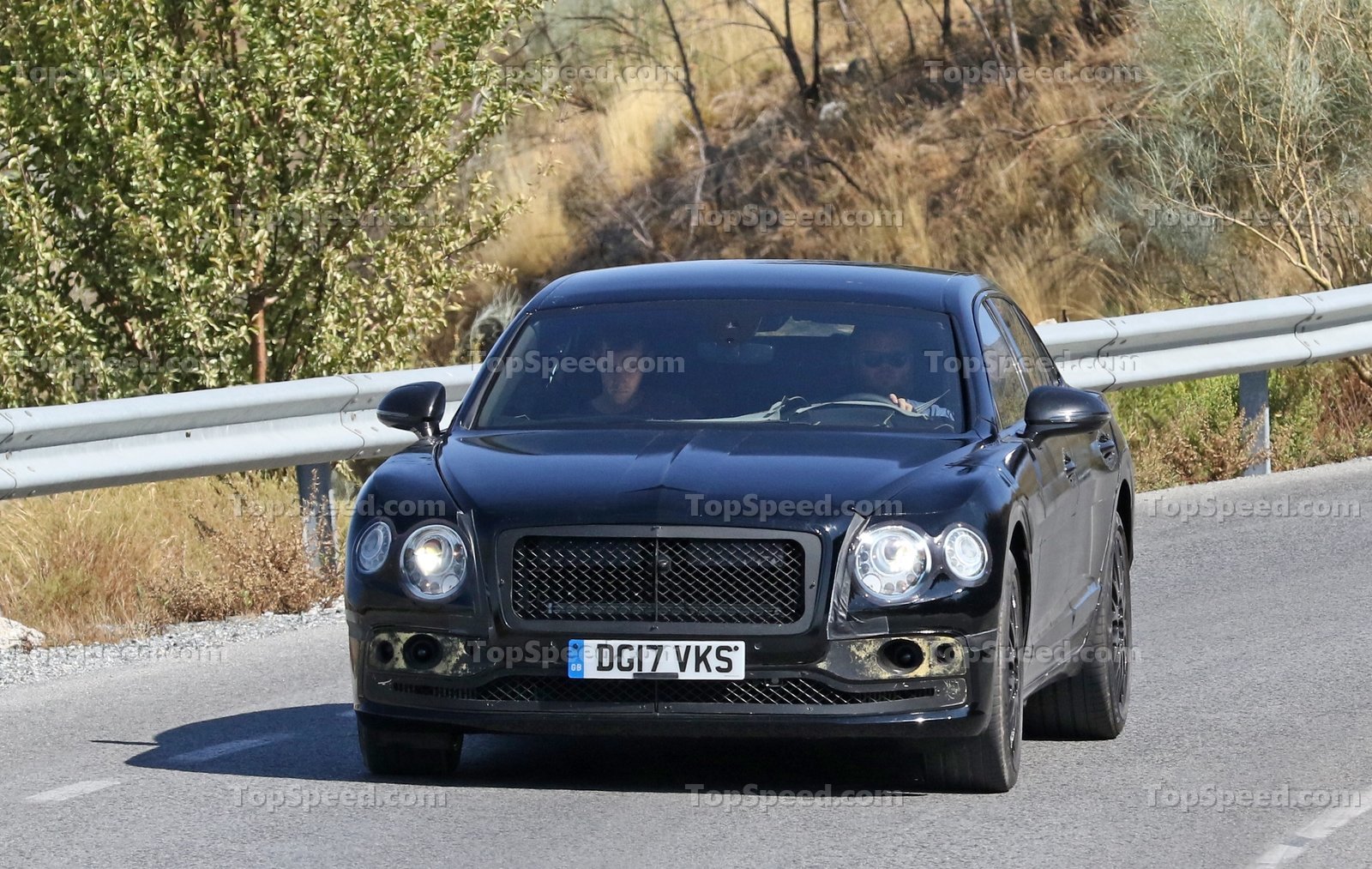 Also, the massively long wheelbase and the car’s low profile will give the Flying Spur a menacing appearance which quite a few people are going to love. The interior is more than likely going to share the dashboard, instrument cluster and infotainment system with the new Continental GT. However, the big difference will come in the rear. 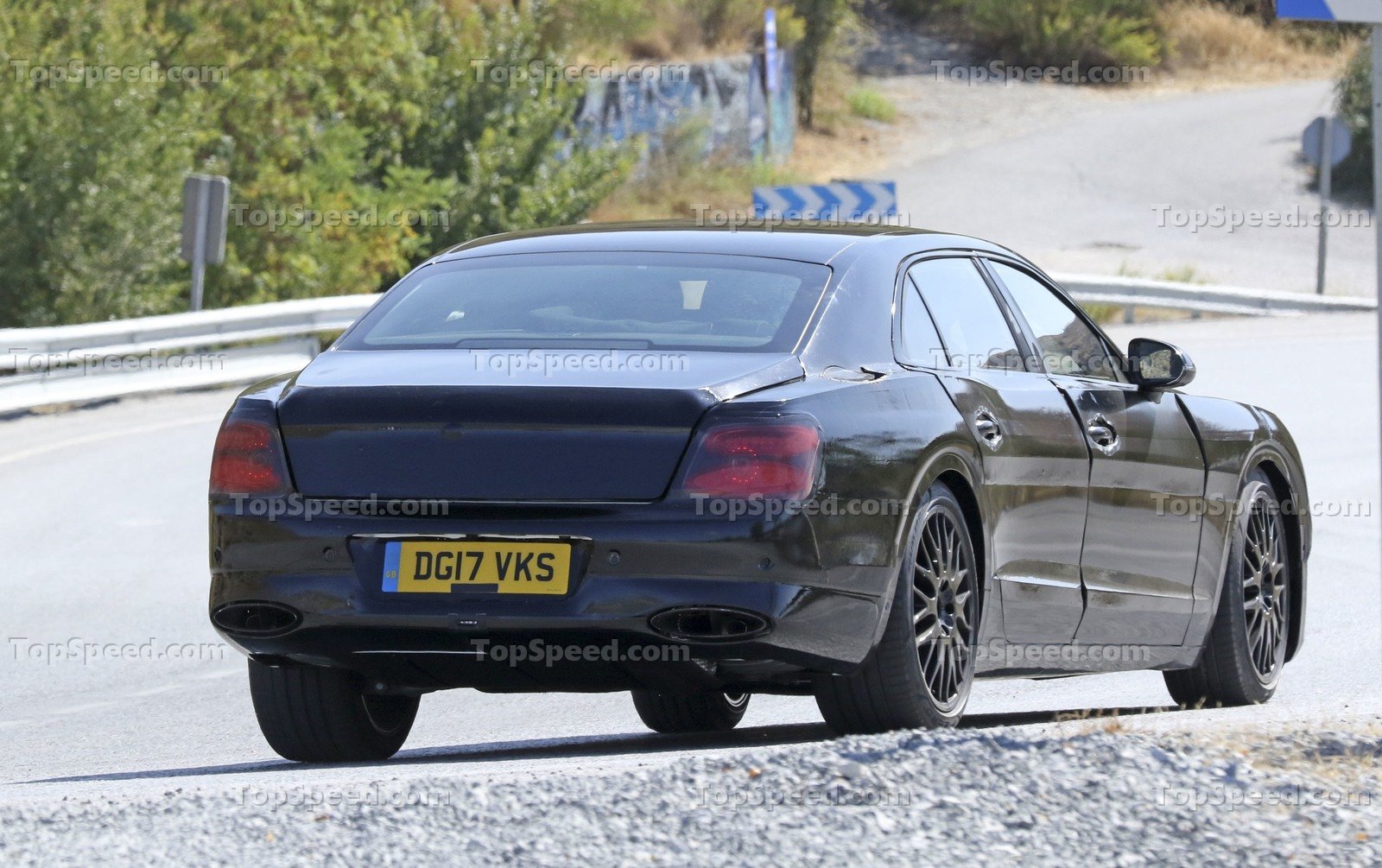 Here we should find two individual seats, a center console with an armrest, a refrigerator as well as things like a touch-screen control system. The end result should be a nearly perfect experience that will allow the car to tackle a Rolls Royce when it comes to luxury.