Kia released the 3rd generation of the Sorento back in 2014 and they didn’t change much about it since. However, the car did receive a small update this year and it looks like another is to follow with the upcoming 2019 Kia Sorento. Unusually enough, Kia already announced most things that will change with the new car. It looks like they are looking to offer a more efficient and better to drive package and that’s about it. The exterior and interior designs should remain mostly the same with the big upgrade being under the skin. Even though this is unusual, it is understandable considering a new model is likely going to hit the market by 2020. Until then though, the new Sorento will have to face some rather impressive rivals which are definitely going to give it some trouble.

As before, the update features the same platform as the Hyundai Santa Fe. However, Kia worked quite a bit on the running gear of the car in order to make it better to drive without being less comfortable. 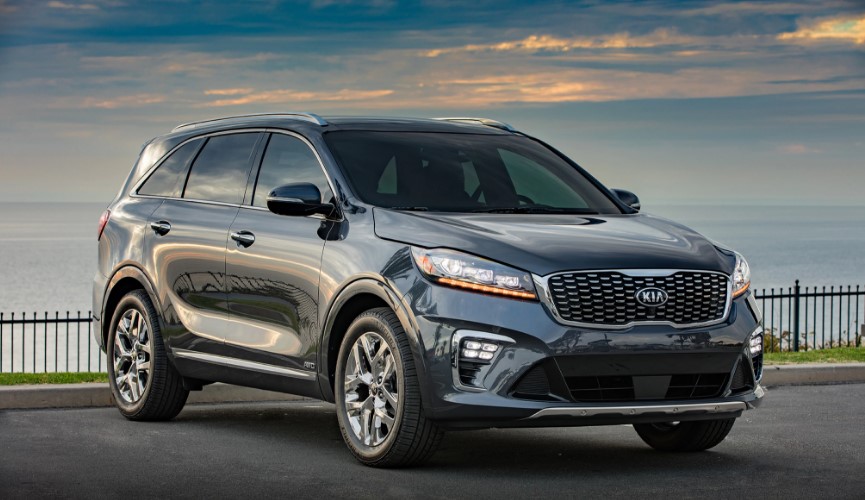 Another big change to happen with the new Sorento is the addition of the third row of seats as standard across the range. This has been an option up to this point but things will change. The best part about it is that the base price of the car will likely remain the same as before.

The standard third row of seats will make the Sorento the cheapest car in its class starting at just $26,600. While the range-topping model will still cost around $50,000, the mid-range Sorento will remain one of the best value for money on the market. It looks like the 2019 Kia Sorento will hit the market closer to the mid of 2018 but Kia should reveal more details about it in the upcoming months.

There will be a few changes here as well. The base version of the 2019 Kia Sorento will continue to use a 2.4 liter naturally aspirated inline-four engine. This should still offer 185 horsepower and around 180 lb-ft of torque which is roughly the average of its class. The higher end models will unfortunately ditch the old 2.0 liter turbocharged inline four engine. 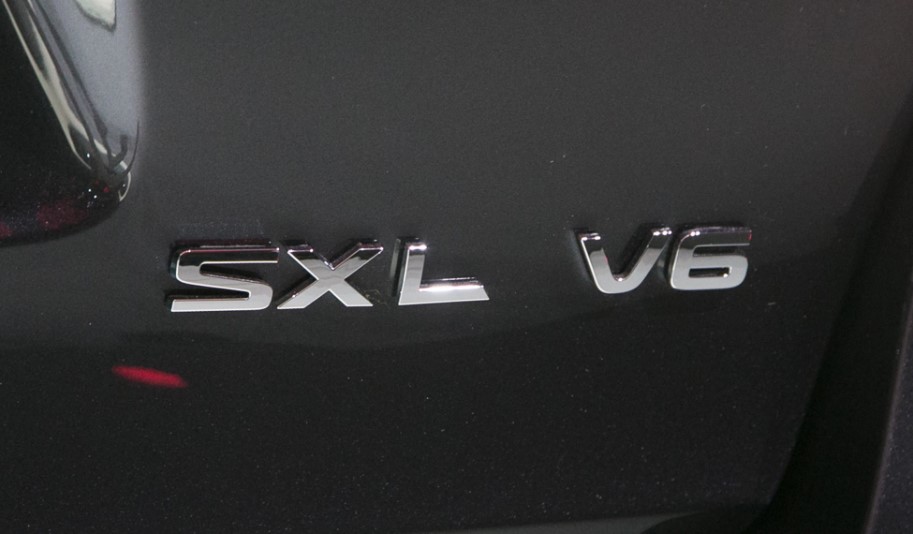 The range-topping model will stick with the 3.3 liter naturally aspirated V6 which will offer 290 horsepower and over 250 lb-ft of torque. Both engines will drive either the front or all four wheels. The big difference will be the fact the base engine will come equipped with a 6 speed manual while the higher end versions will get an 8 speed automatic. 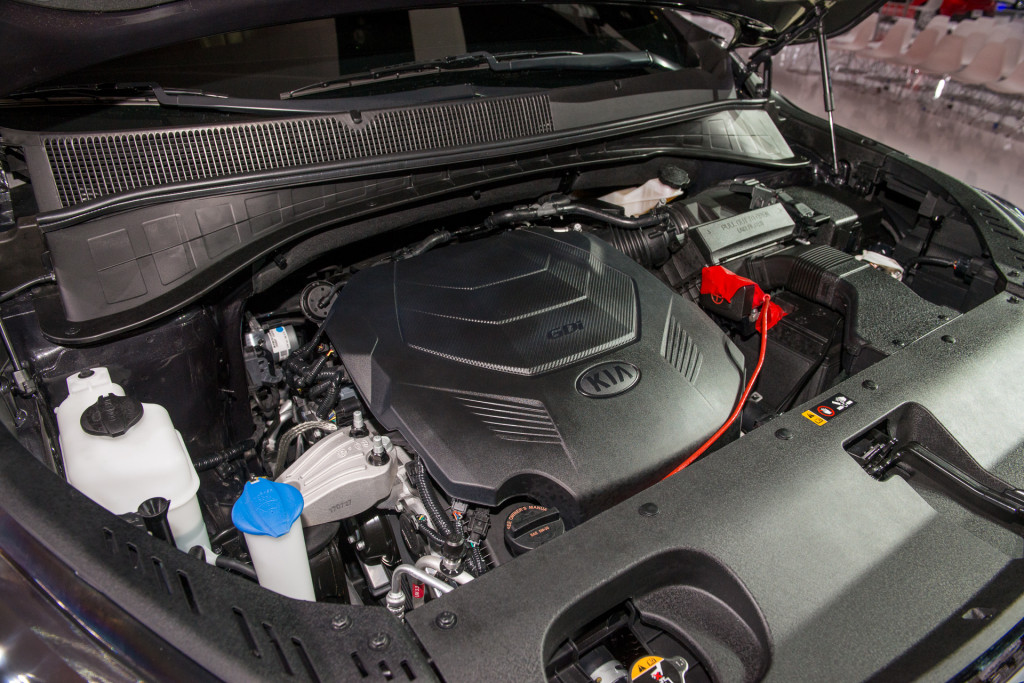 A third engine option will be in store as well. Even though the 2.0 liter engine will be gone, it looks like Kia will be offering a turbocharged-diesel unit in its place. So far they’ve said the engine is under development but it is likely a new modular 2.0 liter design which should be capable of anything between 150 and 220 horsepower and over 300 lb-ft of torque. Unlike the rest, this one might get a manual gearbox as an option as well which would make the Sorento a really interesting choice.

In order to remain as fresh as possible, Kia didn’t let the new Sorento unchanged. Even though the upgrades are quite subtle, it is obvious the car went through a small refresh in order to stay relevant. The front end has to be the biggest change here. 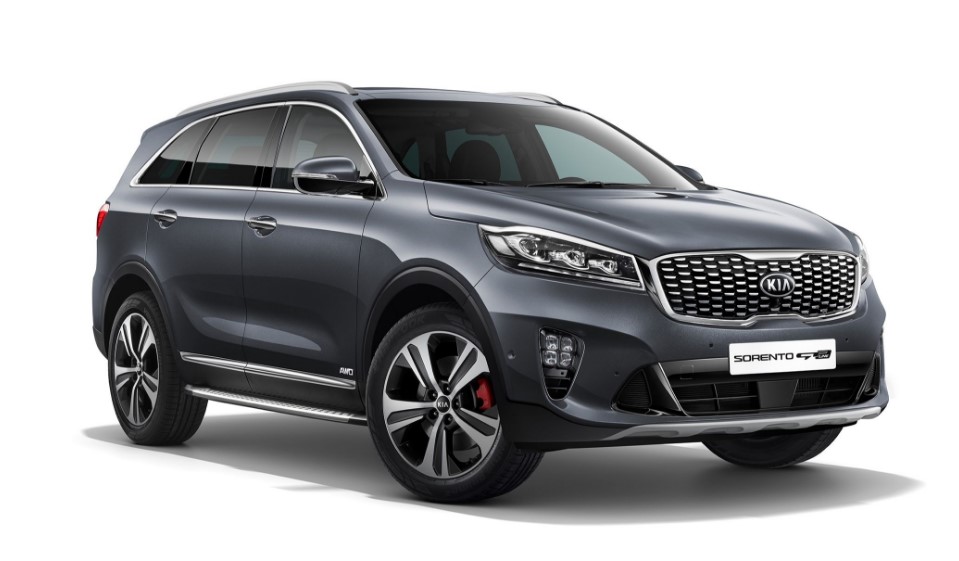 While the overall shape is not all that different, the car features new four-LED clusters in the fog-lamps, the headlights boast individual LED clusters as well while the grille offers a brand new design. There is more chrome than before while Kia is now offering a couple more color choices to choose from. There are also new rims in store for some of the versions of the car. They didn’t change much about the interior though. 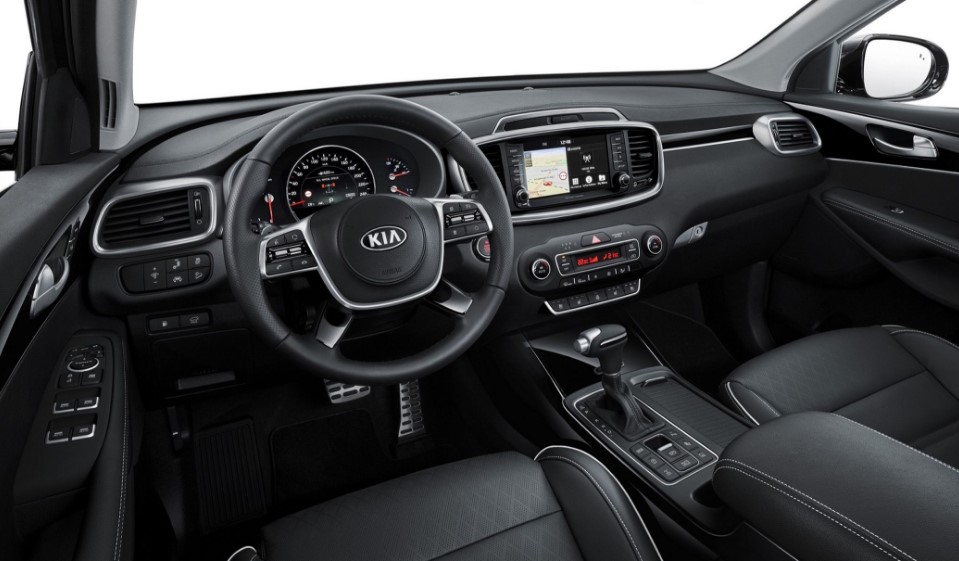 The dashboard looks the same as before. The big upgrade here has to be the materials Kia used. Unlike before, the car features nicer leather throughout the model range while the seats offer more adjusting options. We would have loved to see a new infotainment system but it looks that Kia’s current unit will have to do.