So, you were not swayed by elevated seating position, nor you are especially keen on splurging piles of cash on your future transportation device, let alone on premium badge sitting on the grille. What you need then, is a mid-size sedan obviously. Yes, they persevered crossover menace… Yes, they are still here… And the choice is plentiful. So, where do 2018 Hyundai Sonata 2.0T stacks between the bunch?

The previous generation of Sonata was a beautiful thing. Appearing as it was “sculptured” with highly “fluid” lines (pun completely intended), it was a stand out in the segment of usually boringly shaped stuff. Yet, this generation could easily wear a Subaru badge. Seriously, just check out that Legacy resemblance, and that just said everything about it, as far as visual flare goes. 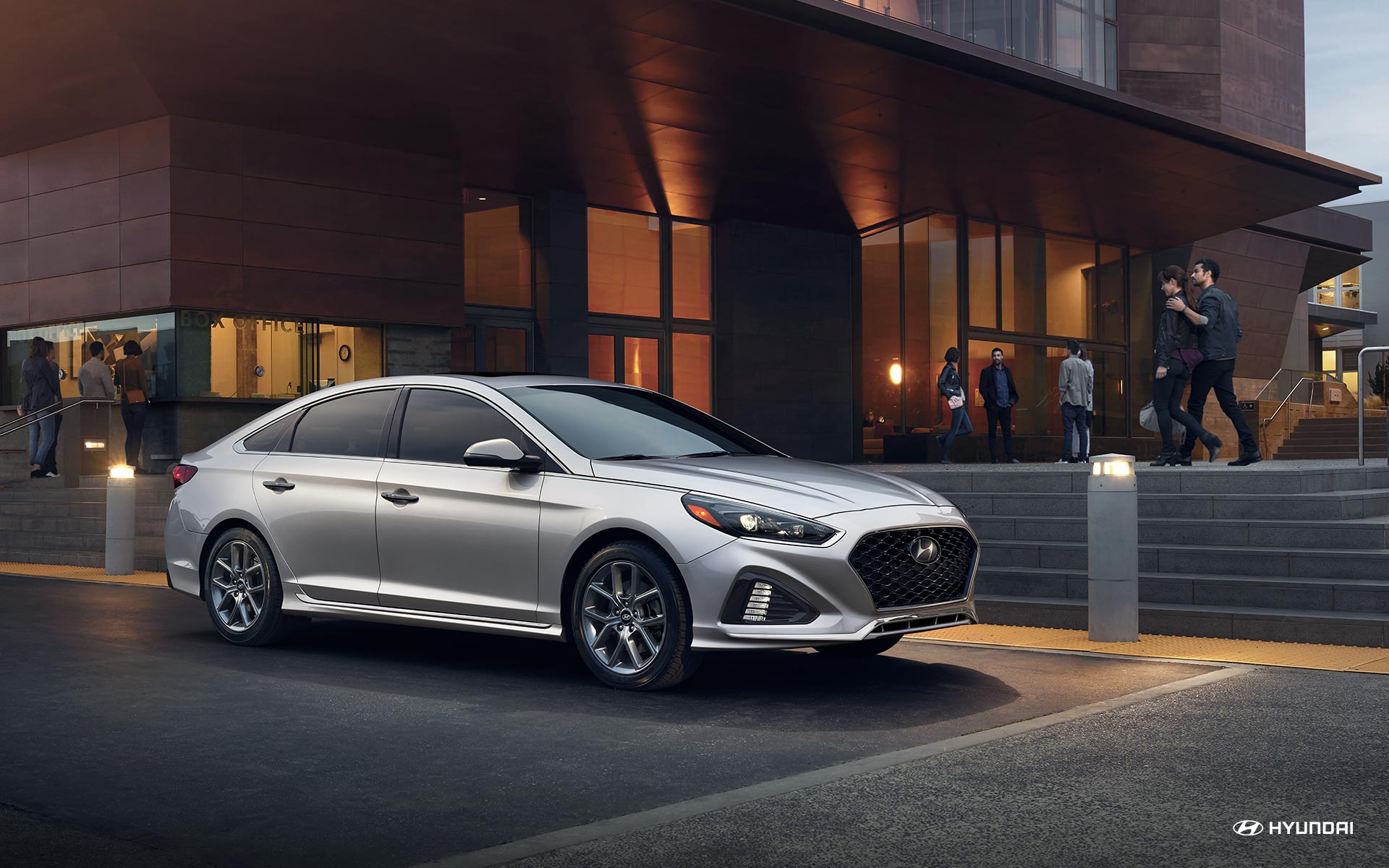 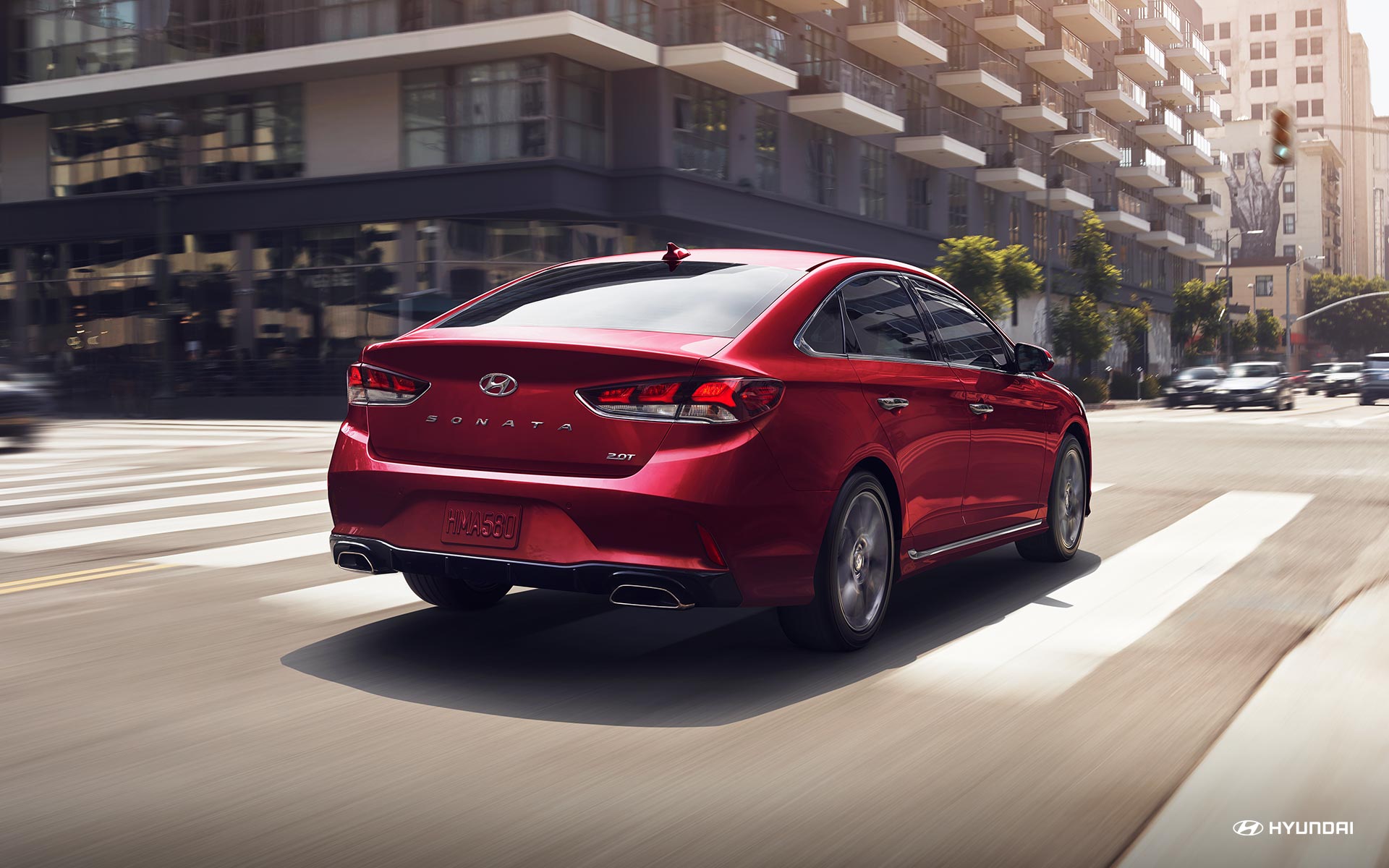 Plus with the 2.0-liter engine, here in question, you’ll get blacked out and meshed grille, angry side intakes and double exhaust tips at the back. So, 2018 Hyundai Sonata 2.0T returned to handsome group… Cabin received more modest alterations of center console shape, along with buttons, vents and steering wheel, remaining a decent thing but far from class leading.

You have a choice as far as the engine lineup goes and that choice is not a small one. If we presume that you are not interested in “electricity/gas guzzler” combo (hybrid and plug-in hybrid model), your eyes will first fall on 2.4-liter naturally aspirated L4 rated at 185 hp and 178 lb-ft of torque. Still, that one remains paired with 6-speed automatic, and you know you want that top of the line turbocharged 2.0-liter L4 boosting 245 hp and 260 lb-ft and now getting an 8-speed shifter. It takes 6.8 seconds to 60 mph (it was 7.2 with the old transmission), which is still not special for the segment, but definitely more pleasing than 7.9 seconds in case of the naturally aspirated unit. But, when we come to figures, that’s where this story starts to appear uncanny.

UNNATURAL ORDER OF THE THINGS

There is also an Eco model, which should be well… “eco” oriented I guess. For that particular reason it is getting a smaller 1.6-liter turbocharged engine with 178 hp and 195 lb-ft, naturally offering highest mpg figures (city/highway- 28/36 vs 23/32 for 2.0T). But checks this out now! Eco version is mated to a 7-speed dual clutch unit and despite the obvious lack in hp figures department and improvement in acceleration time for top 2.0T version, it still reaches 60 mph in one-tenth less, while it was whole half second faster before. So, the Eco model is the fastest one, despite it comes with lesser engine and as five grand cheaper than 2.0T Sport version ($27.6k) or whole ten grand less costly than the top of the line 2.0T Limited specimen ($32.5k). And it is also the most frugal one…

SHOULD YOU GO FOR ECO THEN?

Only thing stopping you to rush for fastest Sonata version, is the fact that you are not getting those sporty visual bits mentioned above that follow superior engine, and you’ll have to settle with cloth-covered seats, small 16-inch alloys (18-inch otherwise), smaller 7-inch infotainment screen (8-inch in case of Limited trim), lack of sportier suspension (in case of Sport trim) or lack of myriads of safety and hedonistic gizmos (in case of Limited trim), among else. Yet, whatever just said, things do stay awkward here… A lot that is… Here you go, we explained, maybe not that gracefully, why should you go for that 2.0T designation (with Sport or Limited trim) over Eco version, while we will skip this time why you should go for this Hyundai at all over Honda, Toyota or Mazda offers. That is much harder to justify…