Despite Hyundai’s luxury division Genesis became a stand alone brand just two years ago, first activities in the name of posher Korean badge started in 2004 with the development of mid-size luxury sedan and coupe. The coupe is dead and it was never integrated into now separate sub-brand, leaving the marque dealing only with sedans. As the introduction of entry-level luxury G70 completes then sedan lineup, question is, what is next? A crossover naturally. Giving the SUV buying craze raging through the industry, it comes as strange that Koreans paid attention first to saloon shapes, but “better late than never” 2019 Genesis GV80 is approaching.

GV80 exist in this moment only as a concept presented earlier this year and no testing mules have touched the paved roads yet. So, we’ll focus on the available vision then. And it is imposing one indeed. General feelings about its posture are that it undeniable resembles Bentayga recipe, yet this deal appears as more pleasing to the eyes. It should also represent new styling approach for the brand that struggles to shake off the generic image, presumably caused by lack of heritage.Anyway, the concept is dealing with clean and round surfaces beset by a tasteful amount of dynamic carvings. 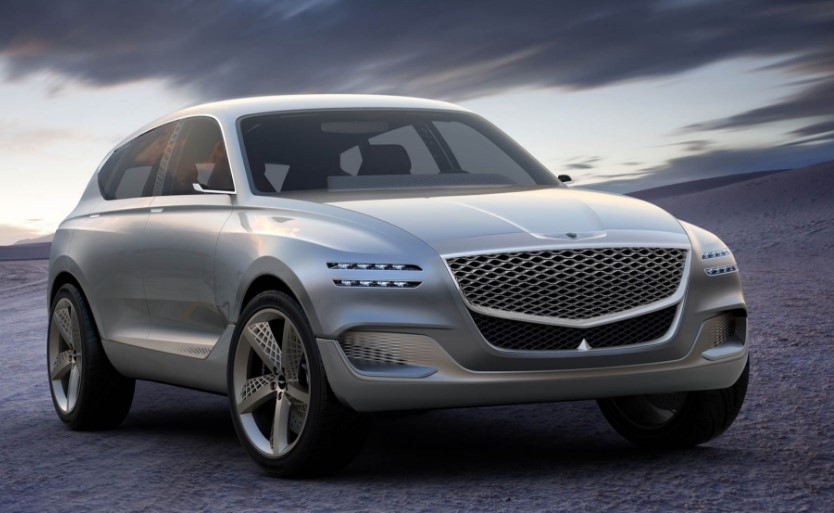 Headlights are thin LED strips in quad setup, a possible novelty for the brand to stay, leaving huge diamond shaped grille to dominate the fascia, while same grille pattern is already present with G80 Sport model. Rear has the same idea for tail lights, which are only a mere decoration on curvaceous and lustrous back end. We do know that holed 23-inch alloys, same treated pillars, and minuscule mirrors are not making the cut to the production lines, but if rest is close to presented, Genesis is destined to level up its design image.

Interior of the concept is exaggerated in many ways, especially in its attempt to suffocate you with leather overdose, but it might hide glimpses of the future. And according to it, tomorrow is uncluttered with buttons, while bestowed with elegance and visual sophistication or everything that presently isn’t “present”. 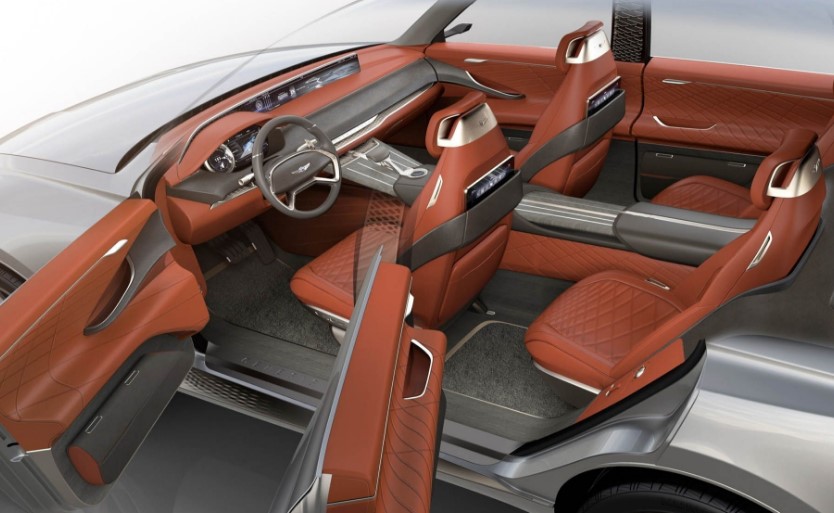 Still, to see that progress you’ll have to look beyond, for your senses, painfully painted leather and its overwhelmingly quilted pattern causing you nausea. You cant? Ok, we will do it for you.  Lower console is free of everything, apart transmission leaver, standing there just as an act of beauty, while cascade dash fluidity is unsuccessfully interrupted by a small horizontal array of buttons. The main word belongs to narrow but extremely stretched 22-inch infotainment screen, while instrument cluster is mandatory digital as everything is in recent days. 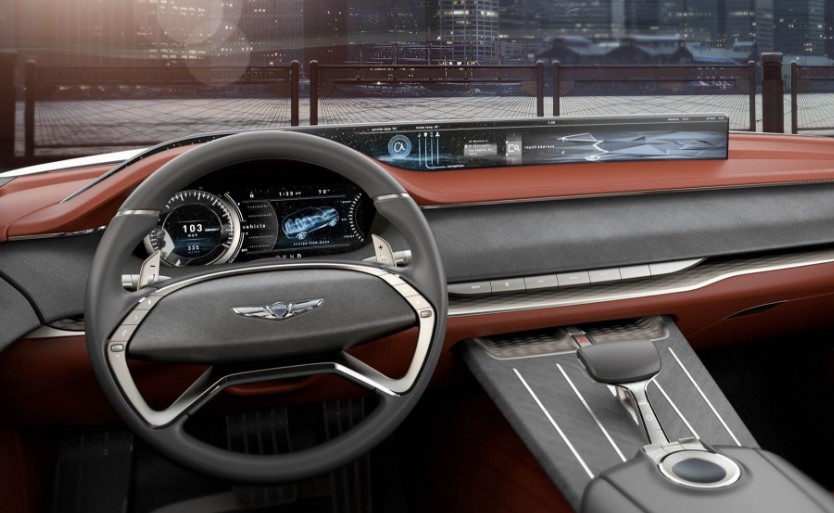 So, by putting aside quilted leather tackiness, this seems rather fine. And yes, there are more screens, embedded in the back of the front seats, in charge of amusement of rear passengers comfortably placed in individual chairs separated by enormous center tunnel, which probably stays reserved for concept purposes.

We said 2019 Genesis GV80, but that 2019 is our wild guess. Actually, CEO of the brand Manfred Fitzgerald stated that production version should come in about two years from now, while we chose mentioned date as the highly optimistic view of the things, as 2022 is rather more likely. We also didn’t dwell much on powertrain as a concept is powered by hydrogen, while also being plug-in hybrid, and you already know that is not happening. Current twin-turbo 3.3-liter V6 certainly is, naturally aspirated 3.8-liter V6 and 5.0-liter V8 might be also. GV80 will be mid-size luxury SUV, destined to mingle with X5, GLE, QX60, XC90 and so on, while the starting price should dwell in the realm ranging from $45k to $65k. Still, we would say that $45k starting ground is more suitable for it, as Japanese offer (MDX, QX60/QX70, RX) starts from there and Koreans were so far modest with their pricing tactics.