Toyota formed the Lexus in 1989. First product? LS 400. Mind-blowing success. In 1990 over 42k US buyers went for it. And it never again reached those figures. After 2010 annual numerals dropped below 10k, only surging symbolically above that margin in 2013 to finally drop to something over 5k units last year. To be honest, that fourth generation in charged of those latest figures stood a bit too long on the market (whole eleven years). Anyway, new LS emerged this year, and if any Lexus ever had a chance to regain some of that magnificent first gen LS glory, this would be the one. And guess what, Japanese are going full power this time as rumor circle that 2019 Lexus LS F is approaching.

ARE WE COMPLETELY SURE?

We said it’s a rumor, don’t we? But it’s a good one and it makes sense. Giving how much effort Lexus put into the creation of latest LS, why not give it a full run. Anyway, proper rivalry in class includes an answer to AMG S63/S65, M760i, S8 Plus, XJR… And F-Sport is certainly not a solution. 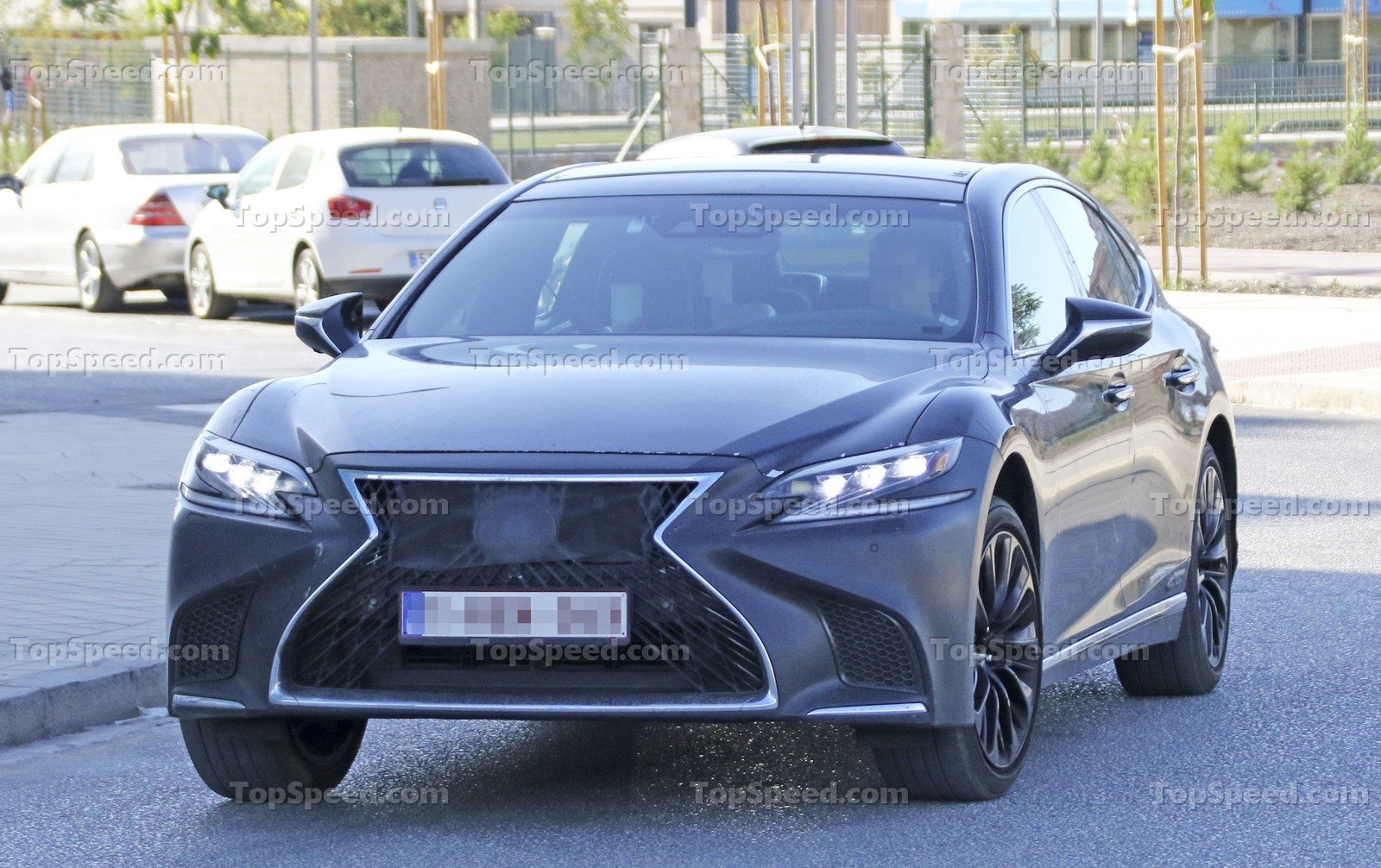 Never mind that Japanese has never offered something to properly retaliate during LS’s history, as they have never been bolder than they are lately. Plus, same rumor is heated by spotting of weird test mules depicting LS models with mutilated grilles and modest decklid spoilers. And there is an Instagram post showing a page from Japanese magazine depicting what could only be full-blooded, F treated LS.

Toyota luxury division is extravagant lately with its design outbursts. Very extravagant. Pushing full-size luxury sedan into sporty territory usually implies some neat but moderate styling touches. They range from very gentle ones, as in case of A8 Plus, to reasonably flashy ones in case of heavily chromed S65. But new LS is berserk even without an F letter. Spindle grille is frantic, lighting shaped headlights are insane, while wild handsomeness of its shape is only matched by Maserati. 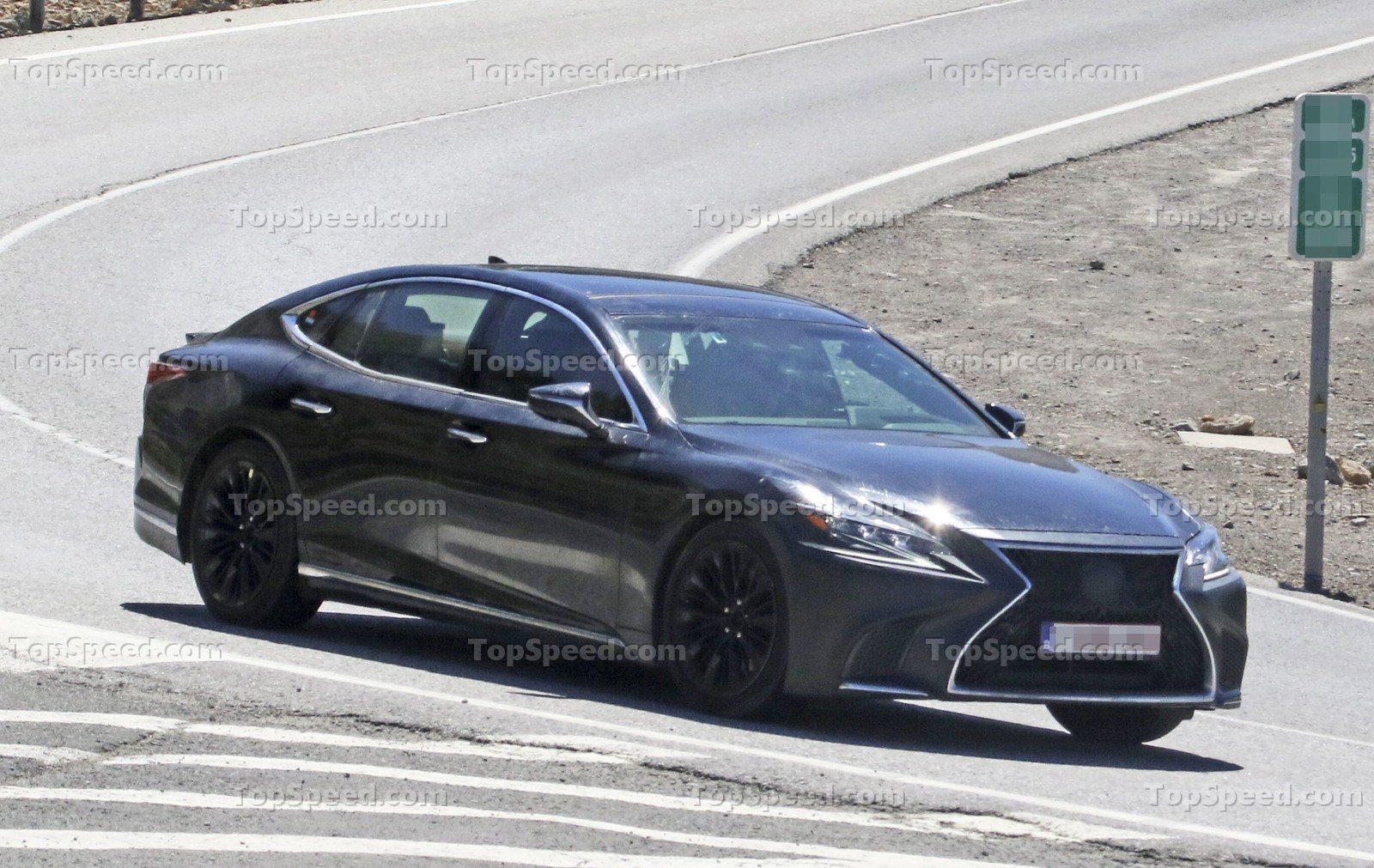 If you thought that F-Sport is excessively angry, check that Instagram pick of alleged F model. Grille is blacked out and meshed as same as in case of F-Sport, headlights, part of mirrors and B-pillars are darken too, but side intakes look so wrathful in this case, that they could easily intimidate Aventador (and SV one, that is). We also have black painted and long side vents, huge alloys, and front lip capable of seriously hurting pedestrians, which that sporty package doesn’t. Rear and interior remain a complete mystery for now.

What could power the first F version of LS? V8 naturally. But which one? For the first time in its history latest LS doesn’t offer V8, despite all those years back it was exclusively powered by eight cylinders and nothing else. So, an LS F could either borrow 5.0-liter naturally aspirated V8 from GS F and RC F models or it could come up with something totally new. Bet on the second one. Mentioned existing V8 generates 467 hp, which is just not enough for mainly around 600 hp rivals. That is why Lexus is working hard on new twin-turbo V8, possibly with 4.0-liter displacement, and presumably boosting around 600 hp figure. It should be paired with a same 10-speed automatic in current use. So, vigorously styled LS capable of reaching 60 mph in three something seconds? Delightful thought for sure. 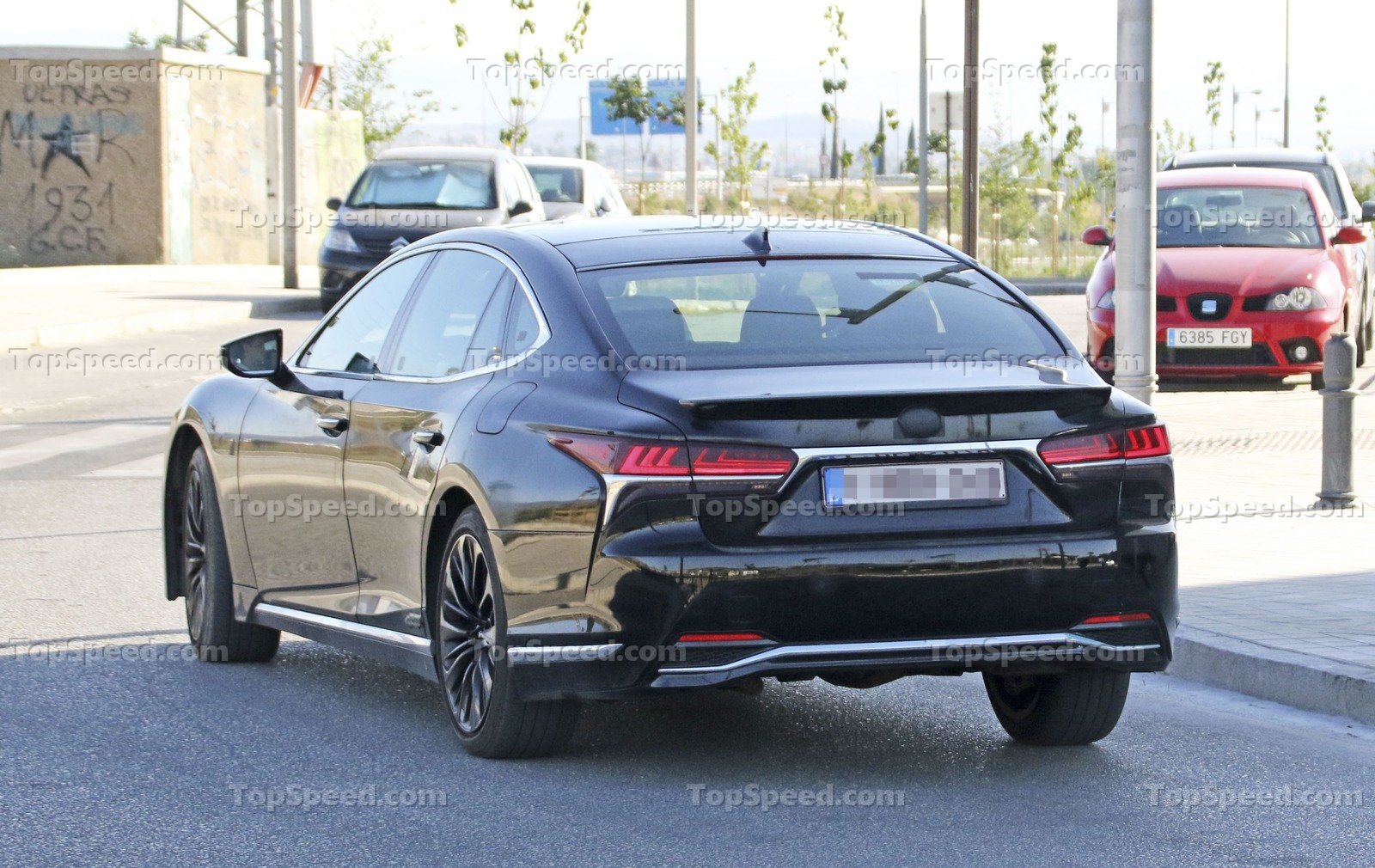 2019 Lexus LS F could debut next year, but that would be our guess. Anyway, there is no need of postponing it too much, while Instagram post even claim that it is going to happen earlier, even this year during Tokyo Motor Show. We shall see… Price? It could range anywhere from $115k (S8 and XJR territory) over to $150k (AMG S63, Panamera Turbo, and M760i area) and ending with $250k (AMG S65 ridiculous price thrown). Ok, the last numeral is out of the question as even Panamera Turbo S doesn’t go there. Giving the fact that this is Lexus’s first time in these waters it could probably settle between mentioned first two pricing shelves, it seems kind of right.