The 991 Series is with us since 2012. The 991.2 phase went official at the 2015 Frankfurt Motor Show. Now we are expecting the latest model to join the 991.2 family, the GT3 RS. The new model won’t look dramatically different from the current car but it will showcase another leap in chassis and interior technology. Some changes in the cabin should include a new steering wheel similar to the unit fitted to the 918 Spyder hypercar, along with an updated infotainment system.

The exterior of the car comes is an all-new color, Mamba green. The refreshed GT3 RS borrows goodies from the GT3 and GT2 RS. The hood boasts two NACA ducts, which gives the car the go-faster look anyone would expect from a RS-branded 911. As for the options for the new 2019 Porsche 911 GT3 RS, they will not be missing. 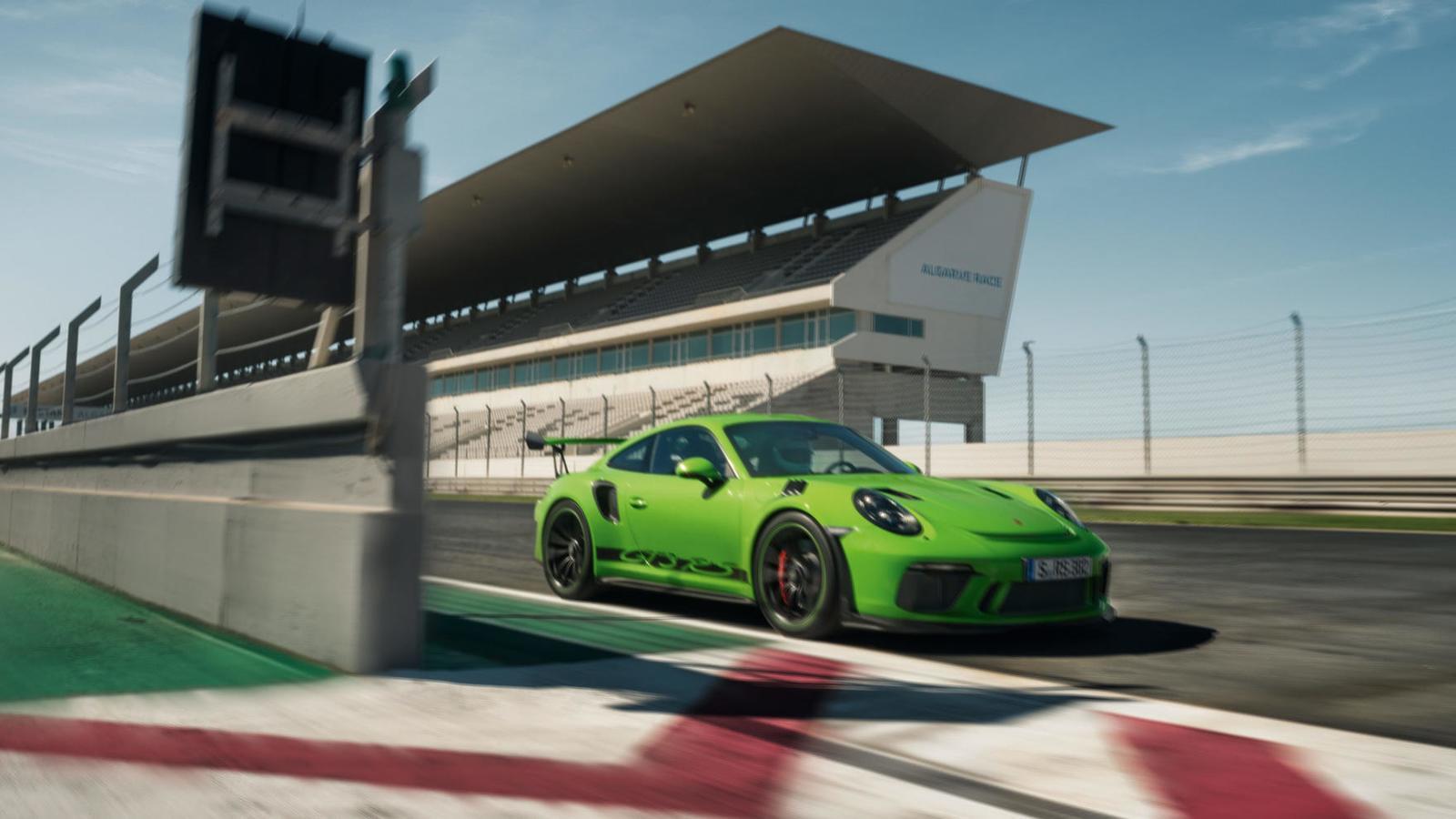 There will be the option to spice up the price, like six-point seat belts and a roll cage. Pre-facelift, both the GT3 and the GT3RS were equipped with dual-clutch PDK paddle shift only, in keeping with their remit as the fastest, most track-focused GT3 variant. A no-cost Touring package loses the large wing for a more subtle appearance.

The market debut of the 991.2 Porsche 911 GT3 RS should take place at the end of this year. However, there was no official communication released. As for the price we would expect it to start at $180,000, which could increase depending on the option chosen.

Flaunting a huge rear wing, giant air intakes, and fender-filling wheels and tires, there’s no mistaking the 911 GT3 for anything but the track-ready racer it is. This classy but more sport-looking car has 20-inch wheels in the front, which are wrapped in extremely sticky tires that measure 265/35. As expected, the rear is a little more aggressive, boasting 21-inch wheel with 325/30-section rubber. 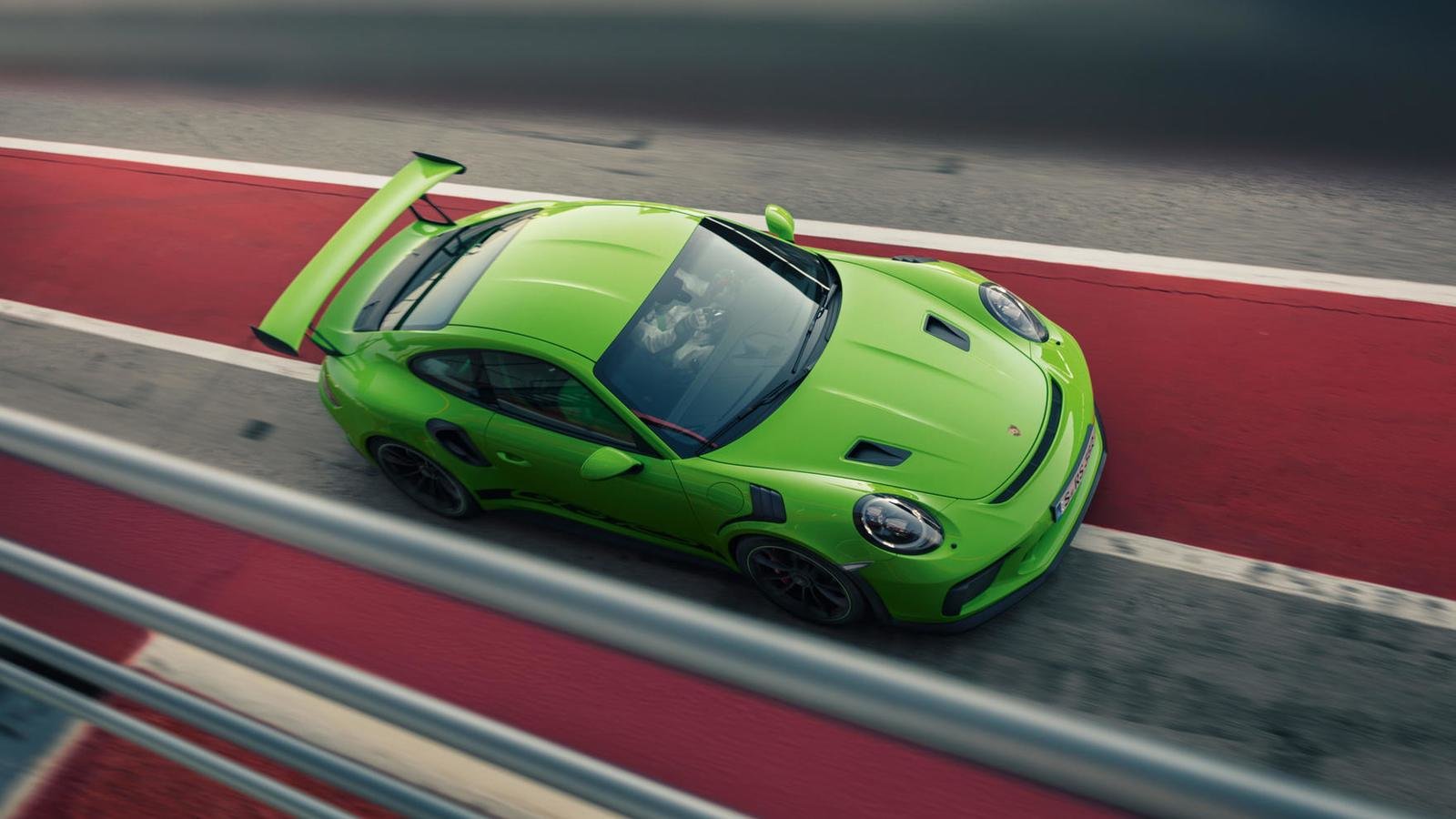 Porsche has already used this combination of taller rear wheels and smaller fronts on the 911, but only the extreme GT3 RS and GT2 RS. Like the regular GT3, there’s a new front bumper treatment. It looks like the car has a light that stretches across the entire rear like on the current Carrera 4S. It could be that every car in the 911 range will get a full-width rear light bar or this car could be the next generation Carrera 4S.

On the interior of the new 2019 Porsche GT3 RS there is a Panamera-style center console with gloss black surfaces and very few buttons. It also has a wide infotainment screen in the center of the dash with the same clean black and white graphics that made a debut on the Panamera. 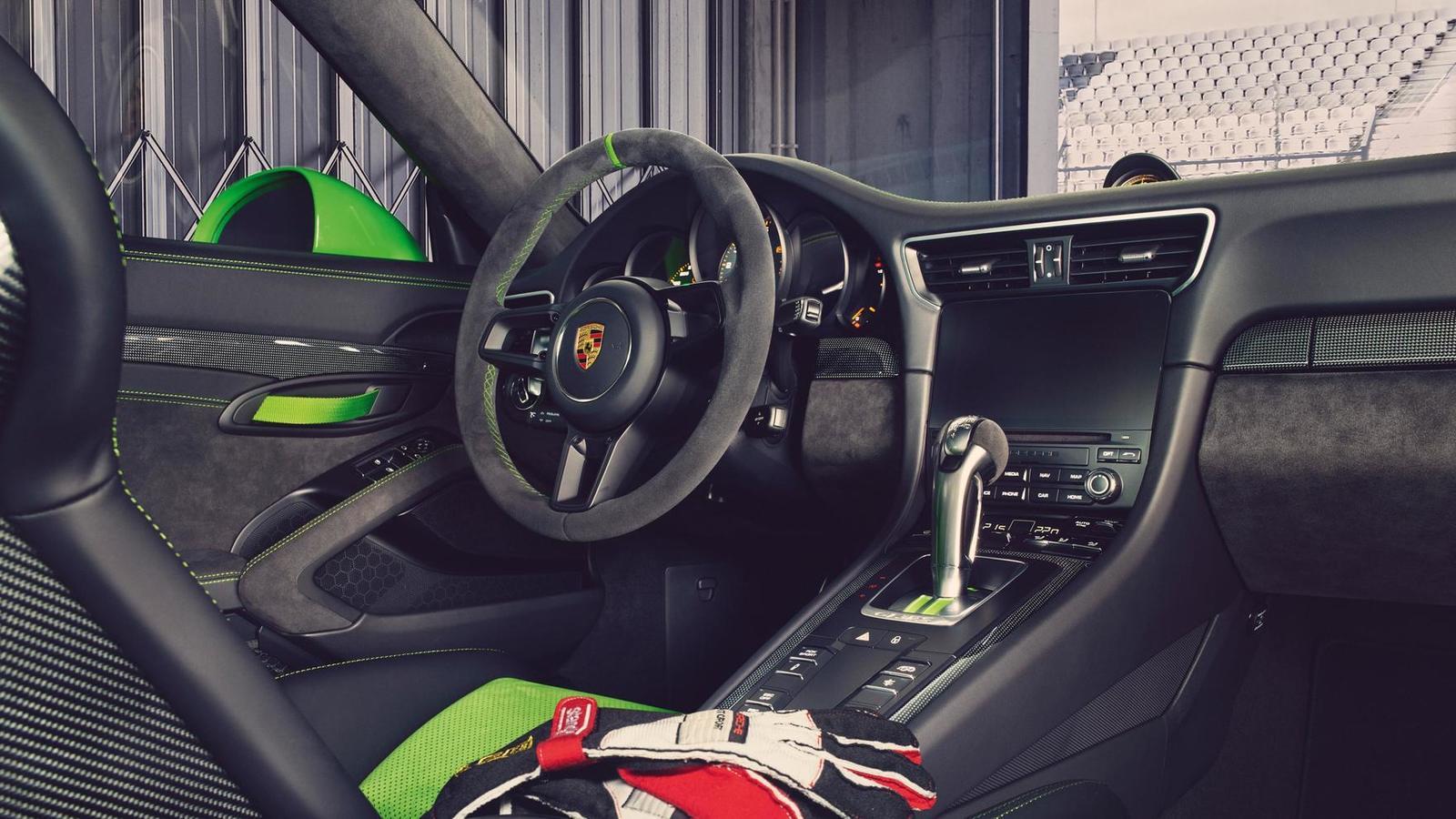 The new PDK gear selector is small, rectangular shaped device, in contrast with the tall ball-topped lever that the current car uses. It looks like it is made only to select drive, reverse or park and not designed to change up or down through the ratios. The wheel-mounted paddles will be the only way to manually change gears.

The GT3 has 500-horsepower and compared with it GT3 RS develops 520 metric horsepower from a naturally aspirated boxer engine displacing 4.0 liters. This means it will have 20 more horsepower than the pre-facelift, though there is no word on torque at the present moment. We should expect at least 460 Nm (339 pound-feet) on full song and the fast-shifting PDK transmission. This modification brought forward by the 991.2 phase translated to quicker acceleration, reaching 100km/h in 3.2 seconds and increased top speed (312 km/h or 194mph). Some people talk of an RS Touring option with a manual transmission and ducktail spoiler. None of this has been officially confirmed. It proven true, the RS Touring would be the 911 GT3 RS to have, full stop.