Where are all amazed by Toyota’s recent determination to offer vehicles that has a word or two on handling. That also includes Lexus, which evolved from visually dull and insufficiently satisfying at the wheel, to striking on both fronts. While we are all grasping with the fact that GS and IS offer higher levels of driving pleasures than long-reigning Beemer’s counterparts, we also have to note that all latest Lexuses are not created equal.

WHAT DOES THAT MEAN FOR RC?

RC stands for “Radical Coupe” and mere notion that we are speaking about sports car must have boosted your adrenaline levels in anticipation of handling superlatives, especially giving that brand’s sedans perform pretty neat lately on those premises. But, no. RC is not radical when agility, nimbleness, and sharpness are brought to the table. 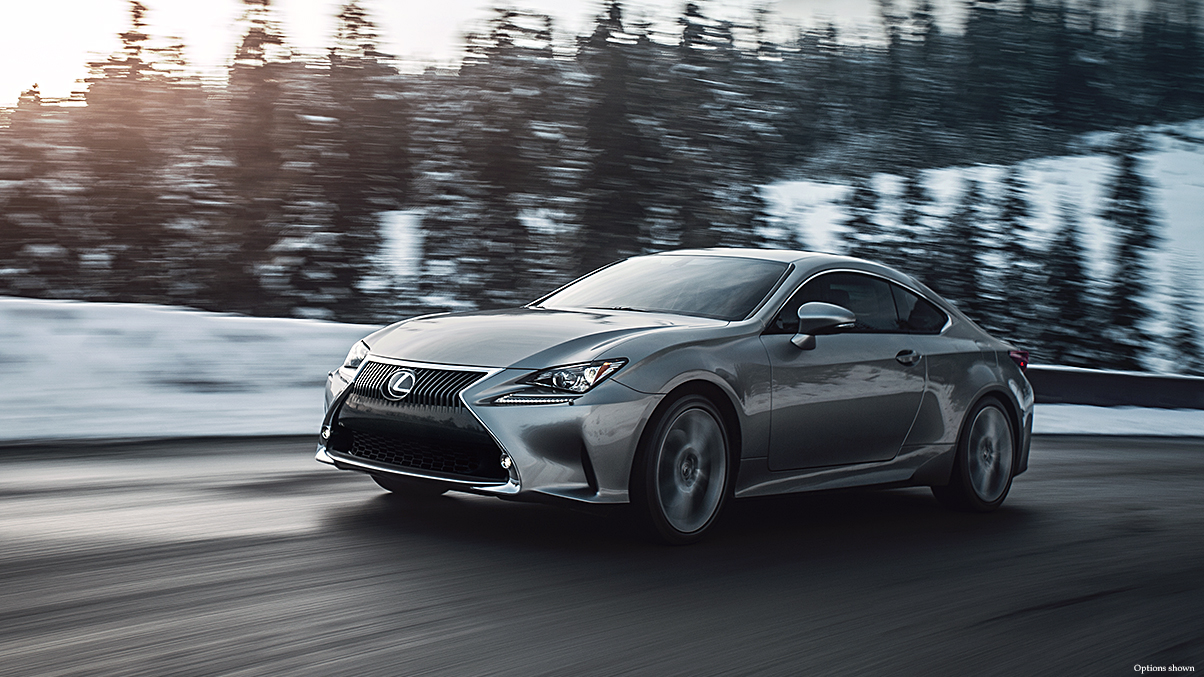 In fact, even four-door IS shines brighter on that field. Wait, what? Yes. RC is heavy, really heavy. Even heavier than IS and heavier than any rival. And that impedes with being easily tossable. Take a moment, if you need, to digest the fact that Lexus made its “sports car” less sporty than its sedans, and then continue to read if big lateral g is not all that you want from a car.

RC is as visually impactful as any other Lexus (apart from ES and GX). You either have stomach for these levels of expressiveness or you don’t. In the case of former, there is nothing to rival it, while in the case of later “passionate work of art” (Infiniti Q60), “impeccably tailored business suit” (Audi A5) or “shrank S-Class Coupe” (Mercedes C-Class Coupe) definitely come as a better fit for you. 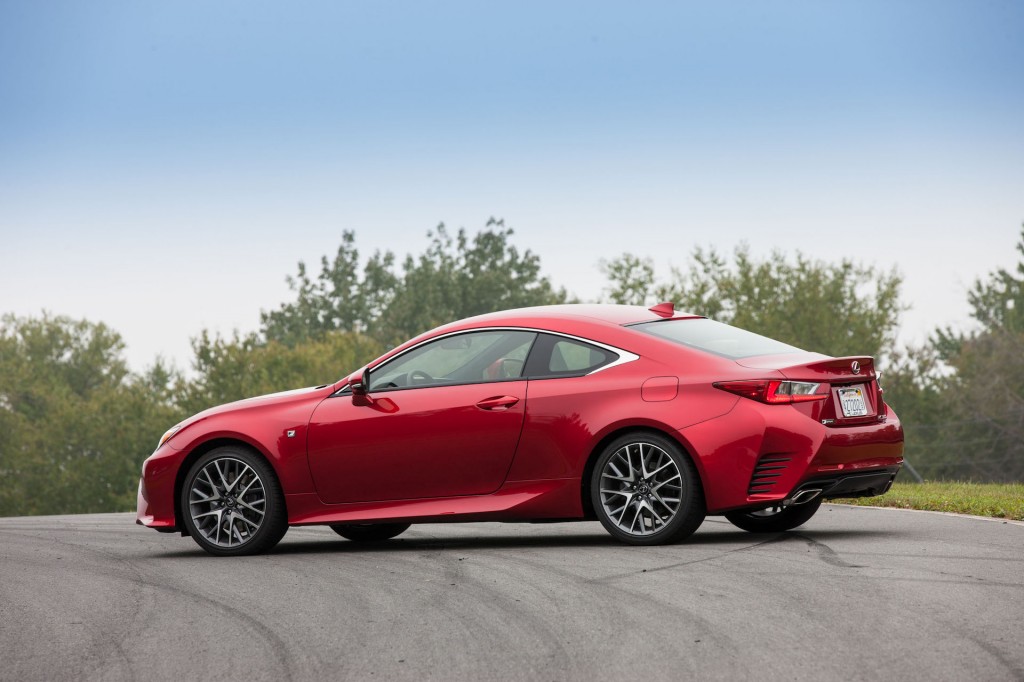 The cabin is pretty much the same deal that you get in IS, with some alterations to the lower console. That means that it comes as immaculate as far as employed materials and build quality go. 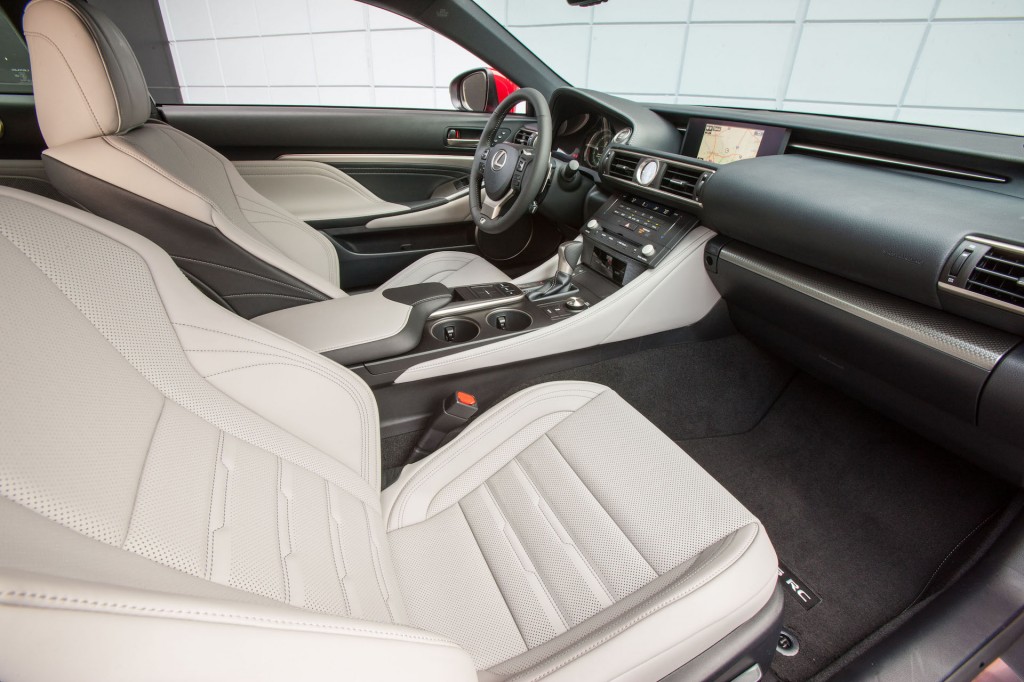 For 2018 new is larger and optional 10.3-inch screen, otherwise is 7-inch one, but as with every other Lexus, controlling touchpad is infuriating to use and Apple CarPlay and Android Auto are nowhere to be seen. For the end, despite RC comes as a larger thing in the segment, the boot is smallest one there, as well as space at the back.

On the paper, things are looking decent as far as power figures are concerned, but not so when the tire touches the road. 2.0-liter turbocharged L4 delivers 241 hp and 258 lb-ft of torque, while naturally aspirated 3.5-liter V6 boost either 255 hp and 236 lb-ft or 306 hp and 277 lb-ft. Meanest V6 takes 5.7 seconds to 60 mph, which falls behind Audi A5’s brisk 5 seconds in case of four-cylinder, while the same number of cylinders in this Lexus equals 6.7 seconds, which is just too much. 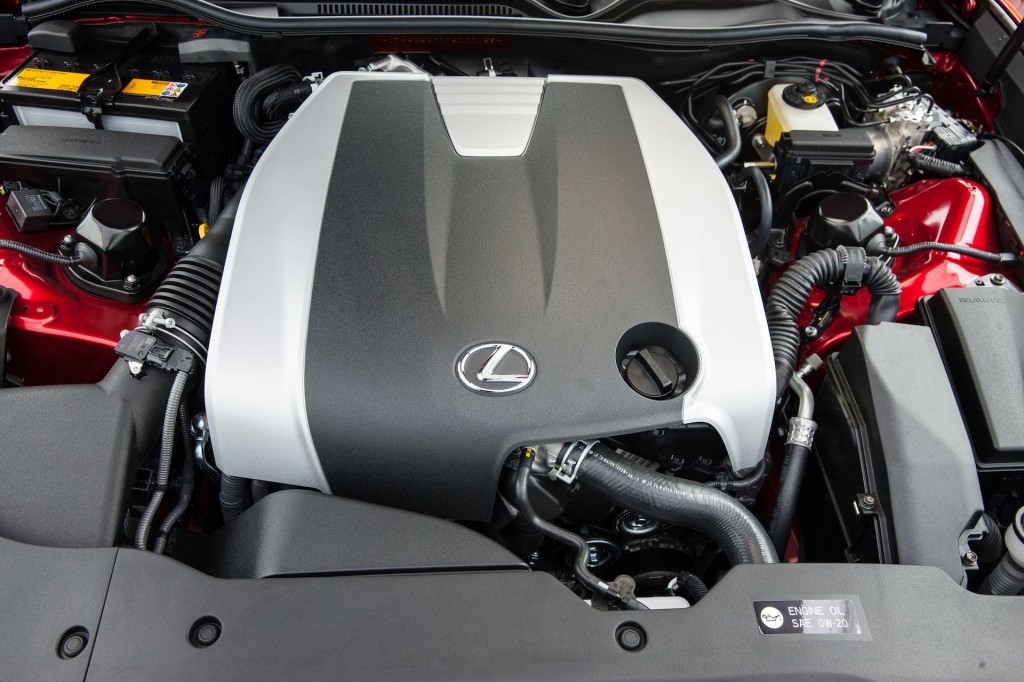 Should we also mention that Beemer, hiding turbocharged inline six under the hood, accelerate to 60 mph in 4.4 seconds? Blame the weight brought by chassis bolted together from pieces of GS, IS and deceased IS C. To put it into another perspective, RC carries figures heftier by more than 250 pounds compared to Caddy’s “bomb of driving enjoyment” dubbed as ATS Coupe. Naturally, that also affects fuel economy that lags as much as acceleration numerals with 26 mpg combined for L4 and 22 mpg combined for mightier V6.

2018 Lexus RC starts at $40k where it offers four-cylinder, RWD and 8-speed automatic. Lesser V6 asks $42.7k and comes with standard AWD and 6-speed automatic, while top V6 is at $47k and AWD stands as an almost two grand option, while transmission depends whether you opted for power to all wheels or not. Each version can be dressed in F Sport trim, but none becomes track monster by doing so. RC is simply a GT car, one that shuns partially sporty aspirations in favor of sublime comfort. 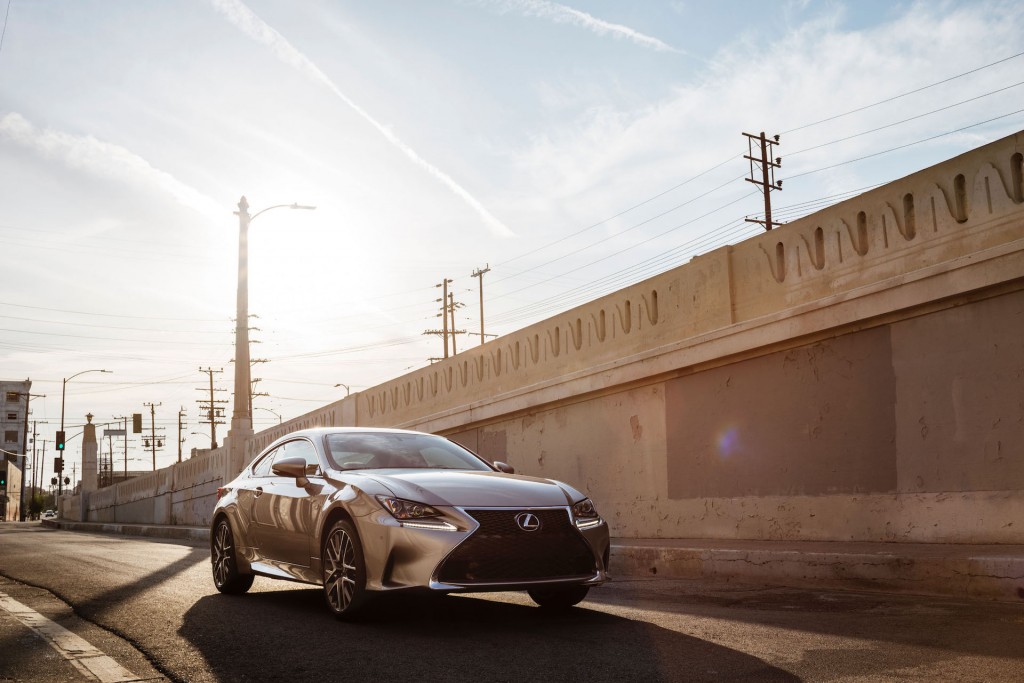 It feels solid, expensive, incredibly quiet and smooth, so it doesn’t devour corners, but it inhales endless miles of your road trip without you breaking a sweat. And it’s safe, and at no cost as Safety System+ package becomes the standard fare for 2018 Lexus RC. So, if you are after that kind of deal, this seems as a valuable proposition, but if you are for some tarmac fun, as the majority is whose’s glimpsing at this class, just move on. And that especially applies to 5.0-liter V8 full blooded F model, for which we cant invent any excuses for lack of mandatory sportiness.