BMW has not been kind toward its purist in recent years. Upon the decision to focus on luxury, once pinnacles of driving engagement, its products started to arrive with disconnected steering feel and hushed dynamics. As we count the days of the last Beemer’s ultimate driving machine or M2, we are trying to grasp the fact that whole thing is destined to transfer to FWD platform in the future. And that glorious, only RWD hot hatch or M140i Series, follows the same suit, along with losing straight six engine as new structure simply doesn’t have enough space for it. Now you might understand why have we been in a state of unease when Munich car maker revealed 2018 BMW M5. You don’t?

In 1995 BMW offered the world new M5 (E39 model) with engine swollen to 4.9-liters and eight cylinders in V configuration. It had remarkable 400 hp, but more importantly, it was probably the best driving sedan in the world to this day. Successor or E60 model wasn’t as perfect, but it was an honest attempt, carrying V10 (!) underneath while being covered by that funky Bangle’s era styling. 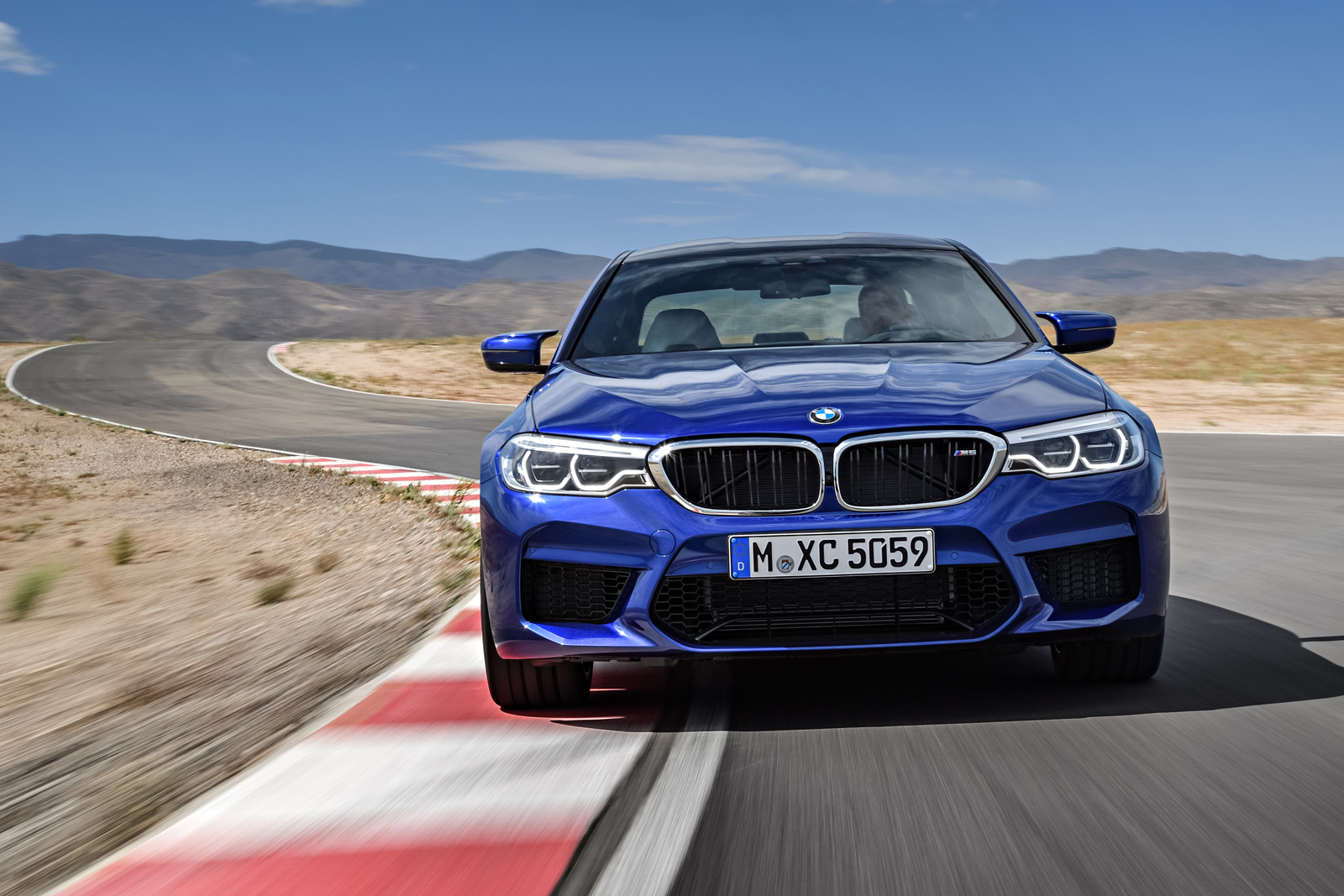 But, things really turned to worse with the introduction of outgoing generation (F10 model). The game was scaled down to V8 again, 4.4-liter one, but this time it brought two turbochargers along. And turbo lag. And lower rpm line. And blunt exhaust melody. Couple that with vaguer steering feel, extra weight, and the whole deal was just a shadow of glorious predecessors. Now you do understand creeping question on everyone’s minds, what have they done to it now?

It seems that Germans actually stop degrading M5 moniker. Now, there is one bad move and some others that may appear so at first glance, but not at second. The saddest thing about it is an absolute demise of the manual transmission, leaving true petrol heads in distress. Seemingly lousy decisions would be the facts that power doesn’t go to rear wheels anymore, as AWD arrived for the first time in M5 history, and replacement of dual-clutch transmission with 8-speed regular torque converter unit. 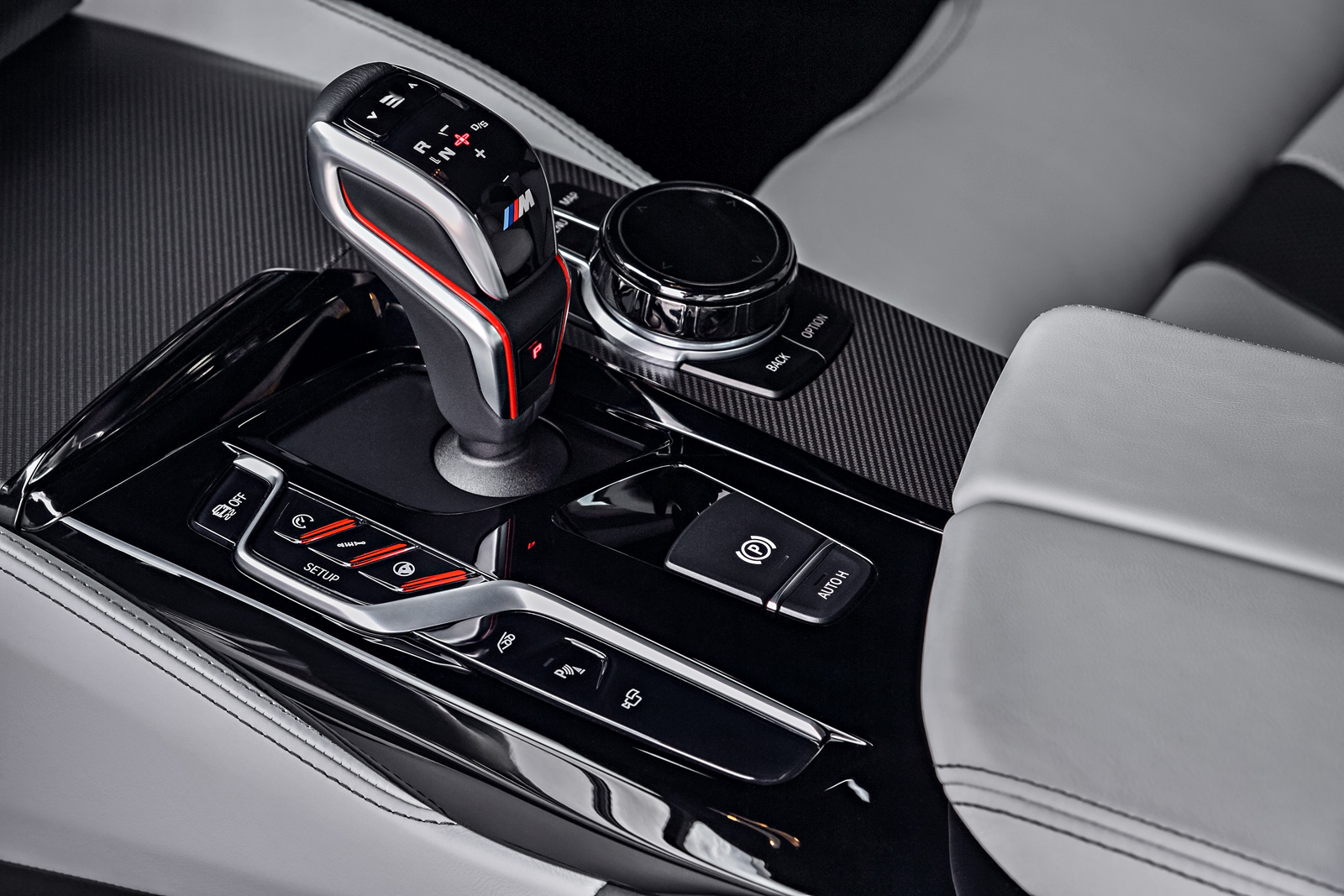 Yet, don’t despair about those two. AWD system still lets you slide, while you can even completely disengage front axle for some really serious pure RWD tail fun. Proper move from Beemer, giving you a choice, fun or lap times? Want later? Engage AWD and also enjoy LSD at the back. As for that shifter, it locks torque converter as soon as you start moving, meaning smooth start and lightning shifts afterward. Perfect.

Despite driving pleasure dissipated through the years, sheer power figure rise was never an issue. Familiar 4.4-liter V8 with familiar two twin-scroll turbochargers now molested to 24 psi of boost, revised direct injection system, oil pump, and intercoolers, along with new exhaust manifold faster spooling the turbos, all allow now 600 hp and 553 lb-ft of twist available from 1800 rpm to 5700 rpm. That is 40 hp more or same as it is in 30 Jahre edition, while torque went up by healthy 53 lb-ft, all naturally reducing acceleration time by half second to 3.2 seconds. 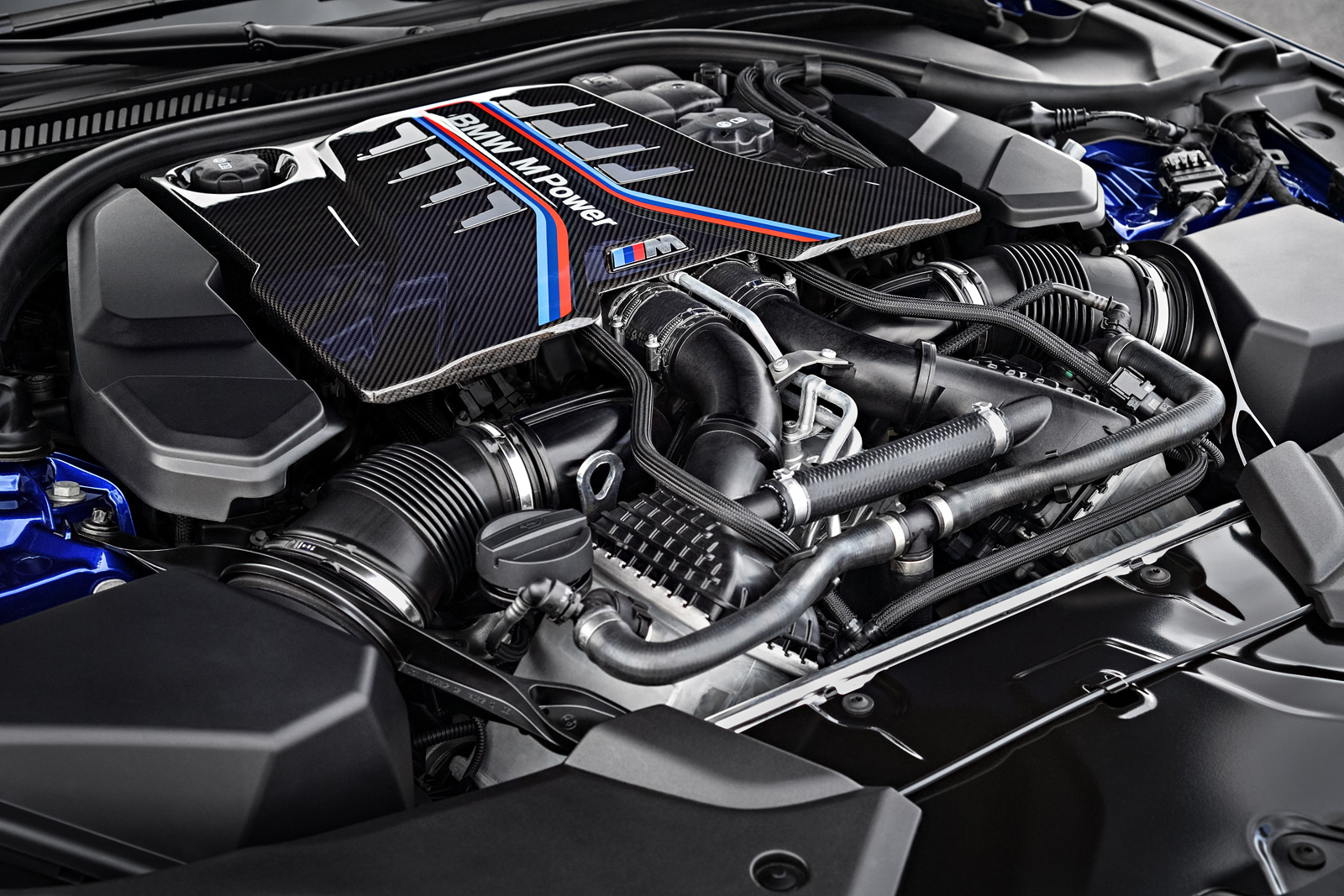 Mentioned power bump also puts it above Lexus’s GS F, in line with Merc’s AMG E63S, but still below Caddy’s CTS-V. Not premium 707 hp Charger Hellcat is a story of its own. But what is most important is the fact that weight is finally down by 90 pounds (despite added AWD), steering feel is improved (although not great yet), together with tweaked suspension, and this Beemer just regained dash of the forgotten glory.

It is not just that new M5 is more nimble, direct and faster on the move, exterior appearance tries to convince you of that even before you go. Significantly leaner body bursts with visual dynamism, leaving the previous model looking as ponderous next to it. Undulated hood appear as work of art, and even roof received its portion of carvings. 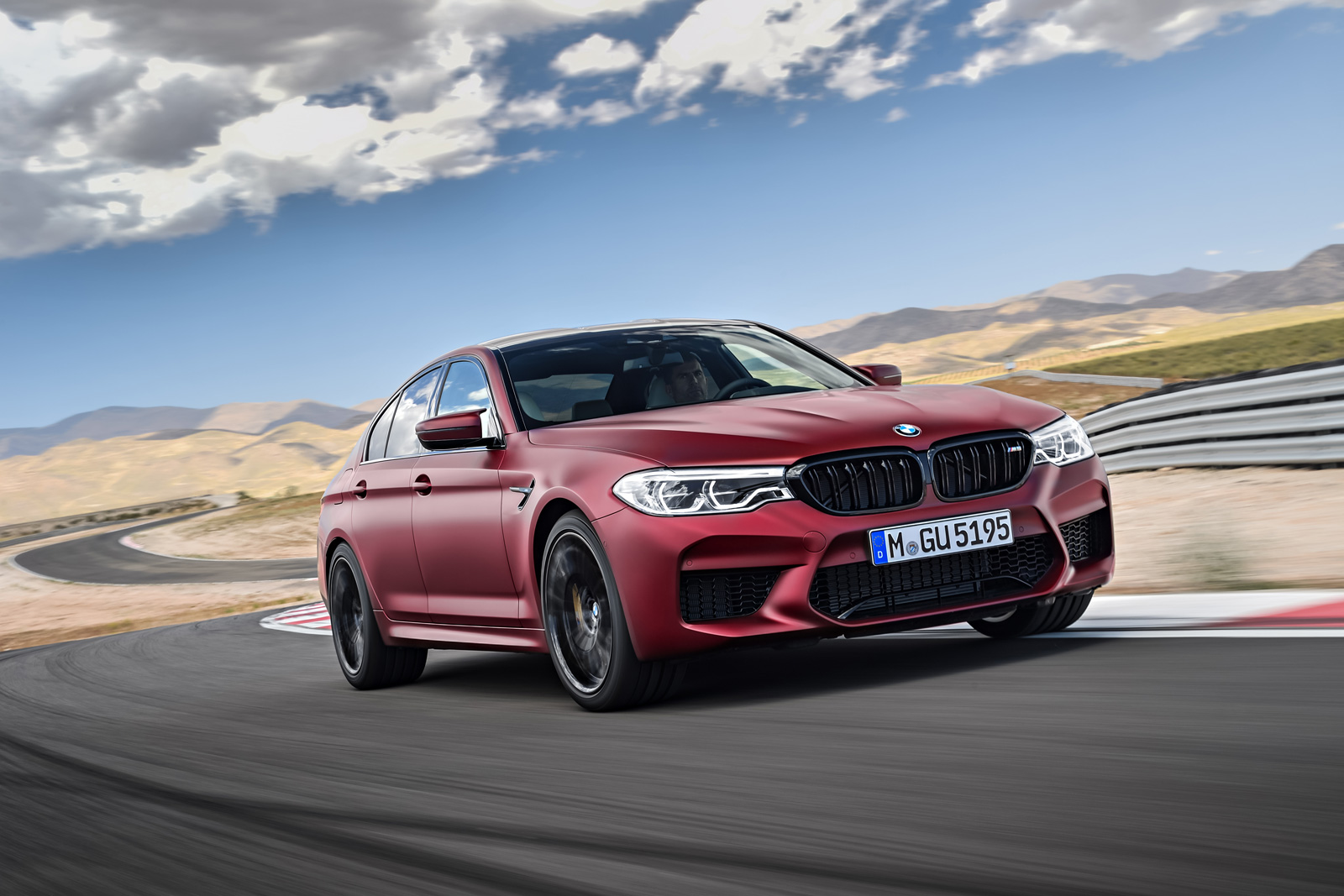 Horizontal stretching of the front and rear lights along with grille made the car appear wider and planted, why also incredibly muscular but in a lean way. Luxury chapter of the cabin, started by outgoing model, is additionally developed with significantly better materials and a higher dose of design elegance. M moniker as always adds a special flavor, so we have M badging, special seats, unique trim options, red start button and different shape of the gear lever.

It may have to play exhaust sound through inside speakers to satisfy your ears, and despite it gain AWD, lost manual transmission, opted for conventional automatic and chose more mildly staggered tires, 2018 BMW M5 is a blast compared to its predecessor. Caddy or Lexus will probably remain as more engaging, but at least Beemer is moving into the right direction once again. If it managed to charm you, prepare around $100k and be patient till the spring next year, when it will start to arrive in the dealerships.