You can attach a lot of positive attributes to the Audi marque, but bold and courageous are not between those. In most cases it plays safe, very safe, while domestic rivals allowed themselves bunch of unorthodox outbursts over time. That also applied to the world of supercars which was occasionally visited by BMW and more frequently by Mercedes. Between things like BMW M1, Mercedes CLK GTR and SLR, and even stuff from mainstream badges as Honda NSX and Dodge Viper, Audi managed to gather enough strength to enter these glorious echelons in 2006. Now that it’s here, how to make it better? Easy, by introducing 2018 Audi R8 RWS.

So, what’s RWS stands for? We all know that everything which bares any luxury connotation, let alone sporty one, should send its power to the rear. Audi has a big problem with that. Even “uber” luxury sedan A8 falls under FWD, and usual escape from embarrassment was legendary Quattro. R8 knew just AWD letters from the begging as that comes as logical, and increasingly more common on supercar planes. 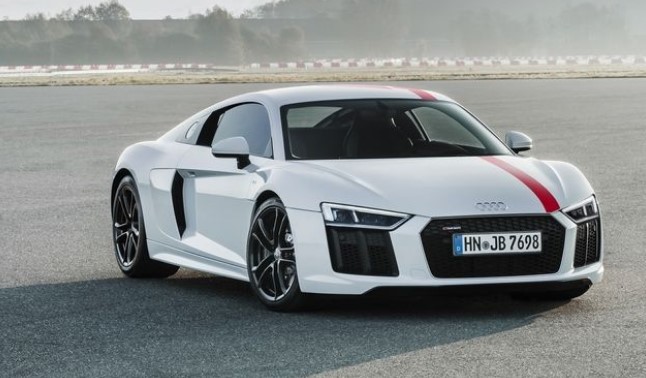 As a sum of its virtues, R8 was and still is, surgically precise, ferociously fast, and determinedly planted. But it is also cold, detached and restrained. It is as “brainwashed” police dog that does everything perfectly, but it never suddenly jumps into your lap and knocks down the bowl of cereals from your hands. Sure that makes you angry, but also smiley and compassionate at that same time, especially when confronted with its guilty big and round eyes. To remedy stated, somebody in Ingolstadt must have thought- “Hey, RWD might help” and that’s how we came to RWS.

While sportscars over the years become more and more tech-laden, total priority slid under 0-60 time and hot lap numerals. Driver’s engagement was pushed on margins by aggressive electronics and as many tenths were shaved from lap times, that much was stolen from pleasure belonging to the person sitting in the driver’s seat. 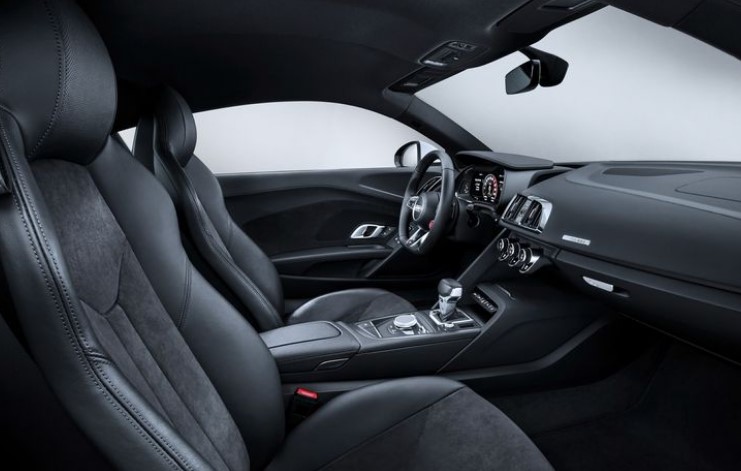 Some brands finally recalled that car is still driven by somebody and that somebody might possess other appetites apart from simple figures on paper. That thought eventually gave birth to Aston Martin V12 Vantage S with dog-leg manual, “back to the basics” Porsche 911 R, while latest GT3 brought back stick shift. So, as focus on entertaining the driver is gaining momentum, RWS will try to do the same with otherwise reserved R8.

RWS model utilizes base option with naturally aspirated 5.2-liter V10 boosting 540 hp and 398 lb-ft of torque, while Plus model with 610 hp sticks with the power to all wheels for now. Cutting power to the front wheels took its toll on acceleration figures, as Coupe now takes 3.7 seconds to 60 mph, Spider 3.8 seconds, which rose from previous 3.5 when Quattro was employed. Less grip may have hurt mentioned simple numerals, but it pays dividends in the tail fun. Audi promises chassis tuning aimed at enhancing tire shredding joy when Dynamic mode is engaged, giving an opportunity for R8 to remain in sideways perspective for a significantly larger amount of time. 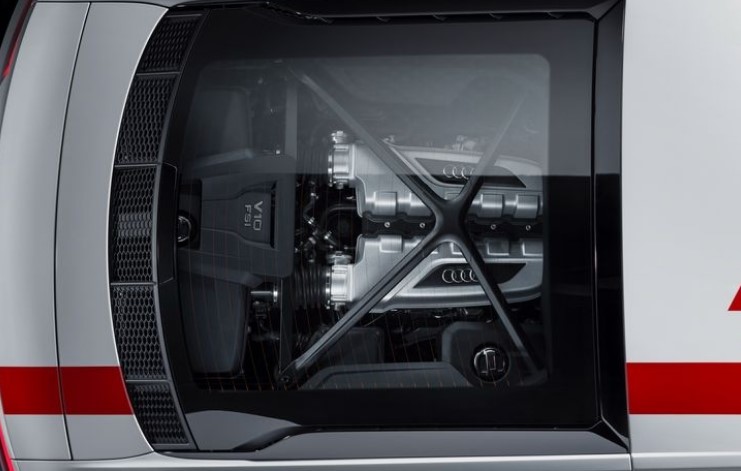 That will also let you sharpen your racing skills at the track as you hunt for that perfect quantity of body rotation which shaved the tenth but missed wild slide. Lack of hefty mechanical parts also affected weight figures, which dropped down by 100 pounds in case of the coupe and 88 pounds in case of Spider. This is the first time that R8 showed the pure intention of driver’s amusement above all else, which left us baffled why manual transmission is not offered. That option even existed in the previous generation of R8, but no, RWS follows through with same 7-speed dual clutch for some reason.

First of all, as lamentable part of the story, this version is limited edition confined to only 999 units. Giving how fast 911 R founds its buyers, you better hurry, if you are interested, especially because it comes cheaper than the regular base version by around $30k in Germany (starting price €140k ~ $164k) and only third of them, will reach US shores next year. We don’t believe that RWS label will make R8 as frantic as F-Type, nor as engaging as McLaren 570S, nor special as 911, but still praise goes to Audi which finally learned how to let loose a bit. If you see an 2018 Audi R8 RWS with that striking (but optional) red stripe gliding through the streets, give it a meaningful and deep nod.