BMW 3 Series was the pinnacle of the sports sedan formula, for as long as most of us are aware of our presence in this world. Yet, we had to use the word “was”, as current iteration is nothing but a shade of past glory. Why Beemer’s latest focus on luxury had to include imprecise, unresponsive and artificial steering wheel feel we are not sure, but it was enough to completely mess up driving pleasure despite still good chassis and decent suspension tune. Still, Munich was not foolish enough to significantly damage iconic M3 label, and though not as sharp as before it still persists as more than decent, unlike its more mundane donor. If just other marque’s hot offers cease to exist…

M3 absolute reign among sporty little sedans basically spans since the first version hit the roads in the 80’s. Current model may consider itself lucky based on the fact that Jag doesn’t offer nor R or SVR treated XE (we’re putting aside here ultra limited Project 8), and Lexus hasn’t treated present IS version with pure F letter, giving that both of those two are better driving pleasure’s producers than Beemer in their base forms. 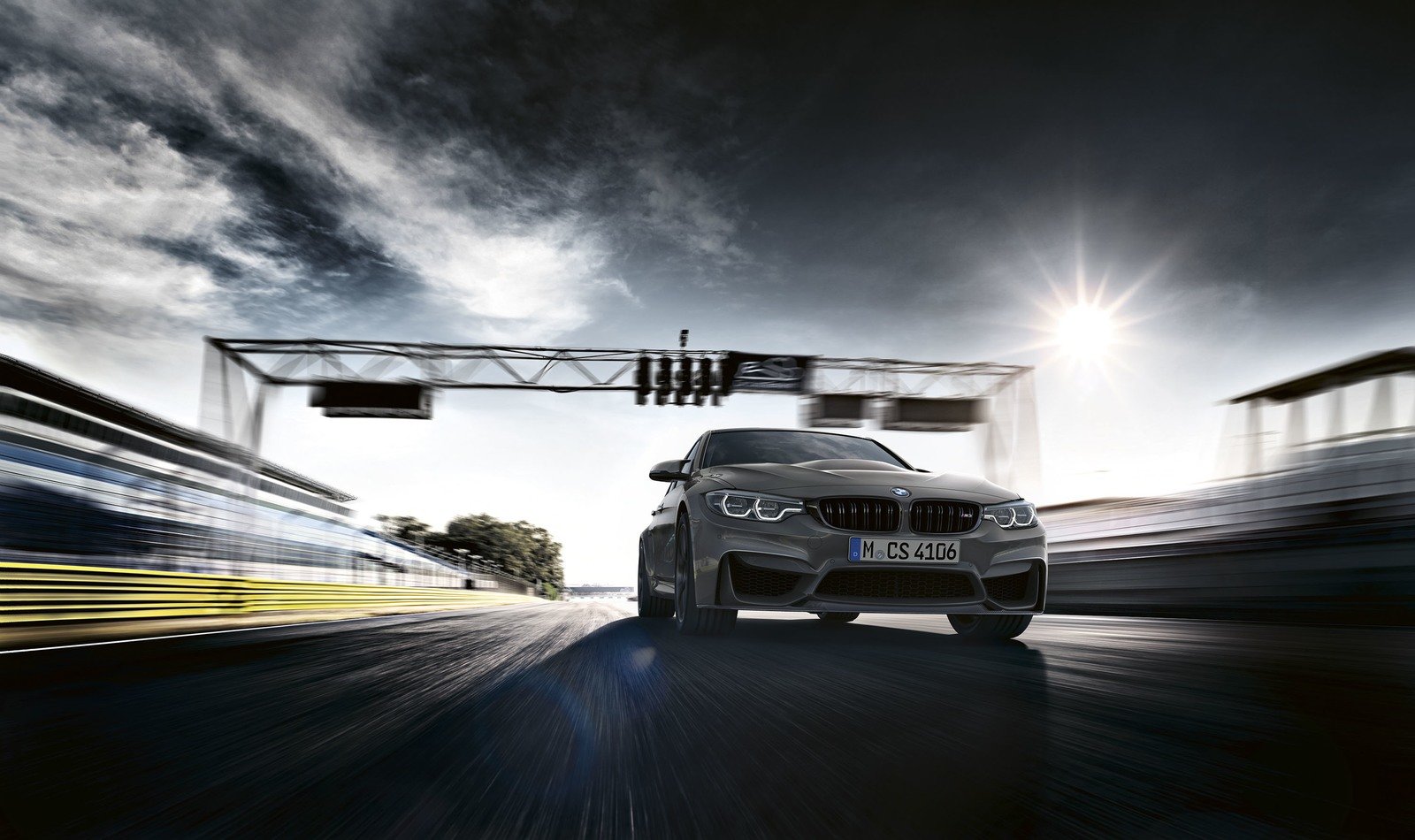 Yet, that proves to be of little consolation, as Caddy’s ATS-V and Alfa’s Giulia Quadrifoglio, are simply way more satisfying driver’s cars on the track or curvy road. Let’s not also forget Merc’s AMG C63 bursting with character and charisma easily swaying you from this Beemer. And all of those mentioned specimens hit 60 mph faster than “blue propeller” does. So, Munich retaliated last year with Competition package, but it just isn’t enough…

RESURRECTION OF COUPE SPORT, BUT NOT LIGHTWEIGHT

You do know that CSL is the letter for most uncompromised track devouring Beemers that existed. But this time “L” part couldn’t be used as no significant stripping or large weight savings were employed, but shortened CS moniker had more than enough of the glory days through brand’s history. 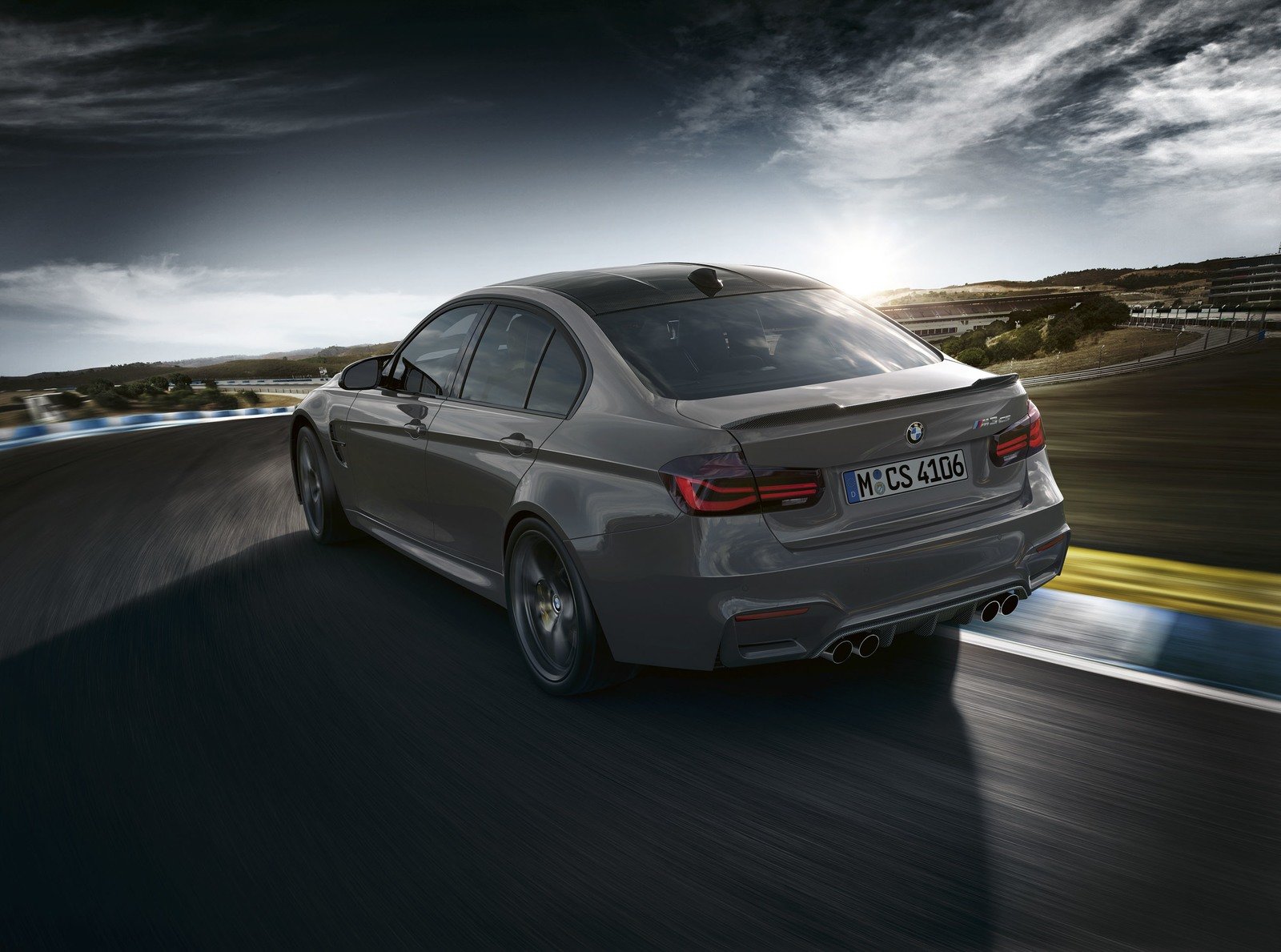 Also, giving that track oriented M4 GTS is the absolute climax of the M3/M4 lineup, CS doesn’t habitat at the top as it usually did. We witnessed already the reveal of the M4 CS, so the same story applies here. 2018 BMW M3 CS will sit atop of M3 with Competition package, but not even remotely endangering coupe’s GTS sovereignty. Yet, this thing is what Beemer’s desperately needs.

First of all, power goes up to 453 hp which is 9 hp above Competition package or 28 hp above “regular” version. Torque also experienced boost stopping at 443 lb-ft which is considerably above previous 406 lb-ft. We said “L” could not be used as part of the denomination, but 2018 BMW M3 CS did lose substantial 110 pounds, and that without eliminating a bunch of buttons on center stack or existence of screen above, while also retaining regular door handles (in contrary to the current trends with those things). Thank carbon fiber roof and hood among else. In fact, this thing is actually quite luxurious with merino leather in bi-colored setup, Harman/Kardon audio system and lots of microsuede inserts. 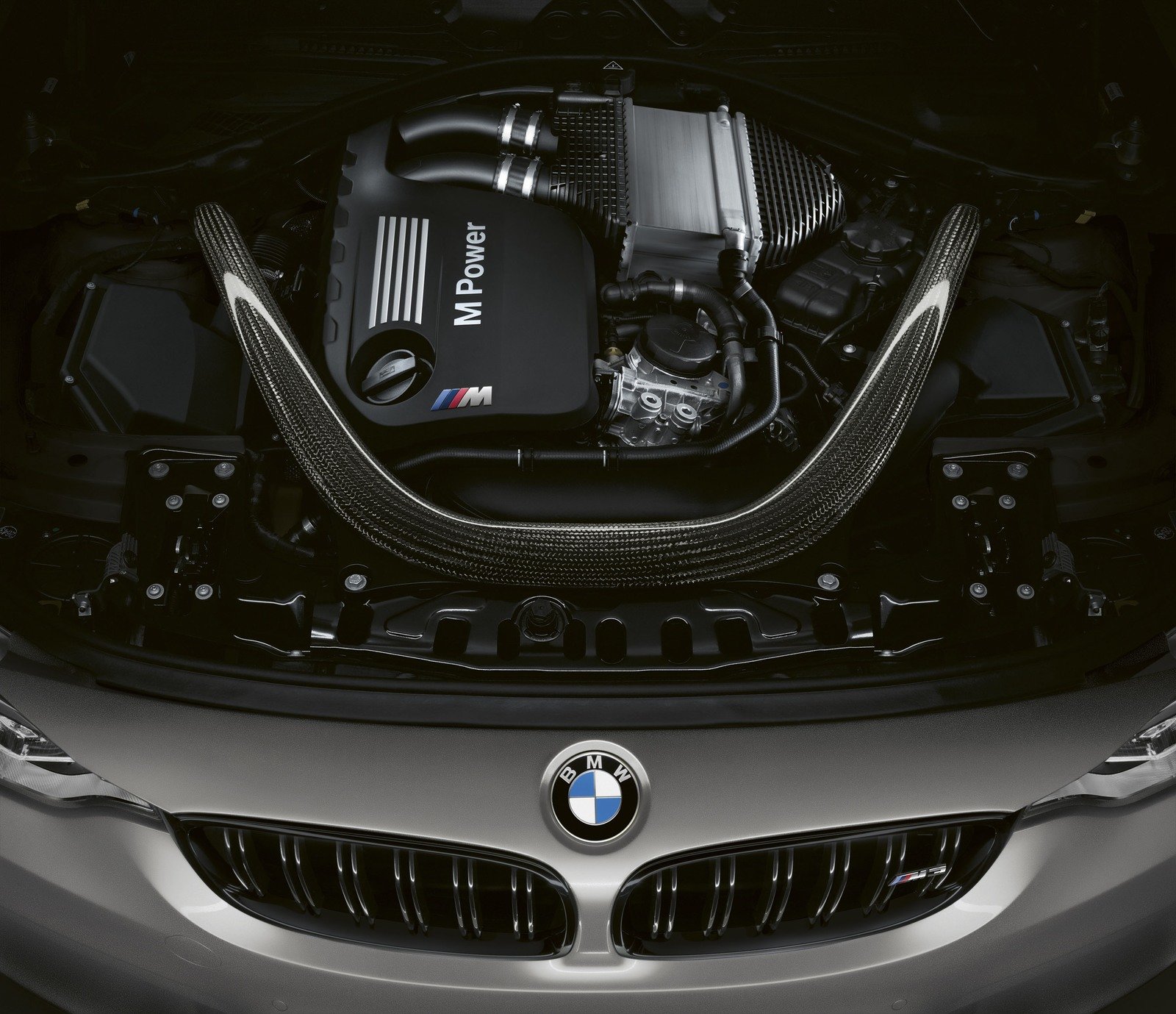 And it gets some dose of unique visuals with bulgier hood (borrowed from M4 GTS) and that neat Gurney flap rear spoiler also. Anyway, more important thing is the fact that 0-60 time drops to 3.7 seconds pushing Beemer at the top of the pack right behind ferociously fast Alfa. Sadly, the manual shifter is not an option, but fortunately, 7-speed dual-clutch thing is a very good deal. Germans promise lots of tweaks for chassis, steering wheel, and suspension, along with louder exhaust melody. It arrives next year to the US in a limited amount of 550 units (1200 is world’s total), just don’t expect it to be priced close to demanded by more “usual” M3.