When it was released, the Hellcat stunned everyone by offering 707 horsepower for around $60,000 which was unheard at the time. Well, Dodge managed to impress everyone once again after they revealed their all new car. The 2018 Dodge Challenger SRT Demon is their latest muscle car and it is highly impressive. For starters, unlike the Hellcat, or any of its rivals, the new Demon is not a street car. Even though it can be driven on the street legally, Dodge advises against it. Why? Well, they said the car has been built for 1320 feet at a time and they mean it. The car features all the bells and whistles of a true drag-car which hasn’t happened in a while.

Even though this is basically a new vehicle, it is actually based on the Hellcat. The two cars share not only the same chassis, but also roughly the same engine and very similar suspension components. The big difference is the tuning of those parts. The Demon offers a vastly different suspension setup in the rear in order to handle the extra grunt. On top of that, the car actually features smaller brakes than its sibling. 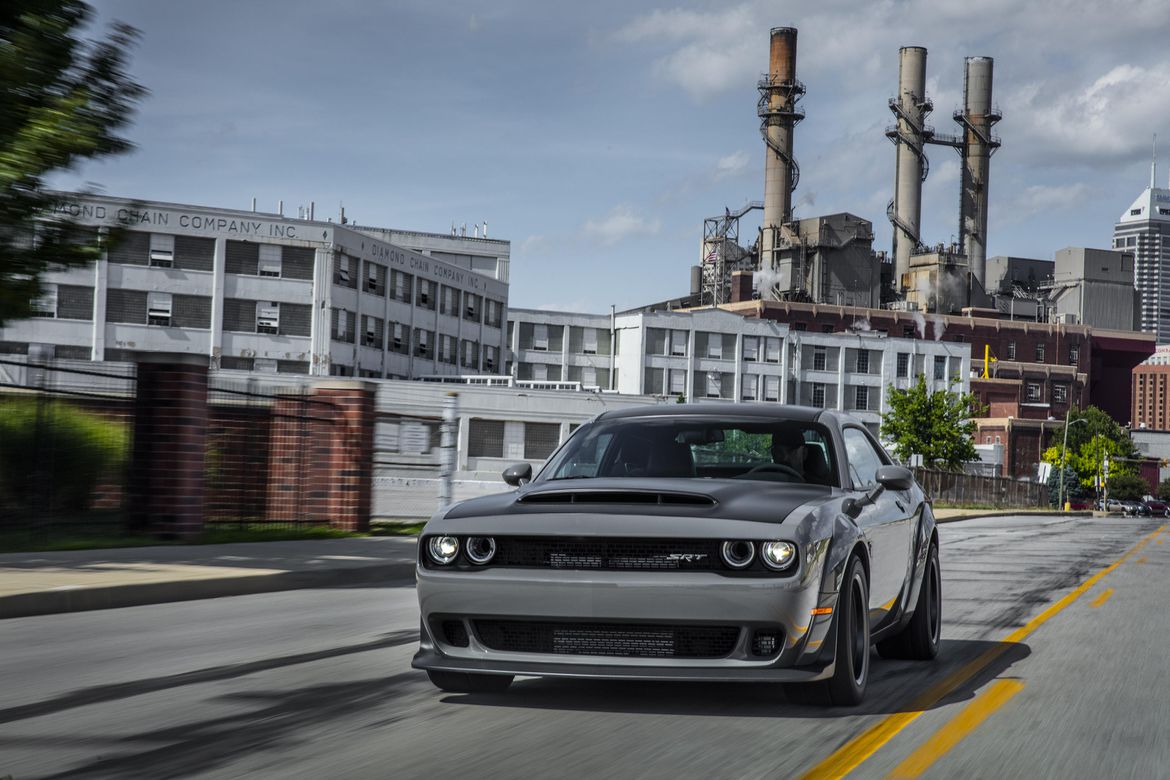 This is because it has to fit smaller tires with beefy drag-radials tires. Orders will start this fall for just around $86,000 which is an insane deal. The better part is the fact that Dodge is also offering a “Demon Crate” package for just $1. This will add skinny drag-radial tires in the front, lightweight wheels, no back seats as well as a few other suspension modifications in order to allow the car to hit the quarter mile in just 9.65 seconds, faster than pretty much any other production car currently on the road.

As we said above, the 2018 Dodge Challenger SRT Demon has the same engine as the Hellcat. This is a 6.2 liter iron-block supercharged V8 which is good for 808 horsepower and a vastly impressive 717 lb-ft of torque. The car will offer this amount of power on regular gasoline in street trim. The optional package will bump that output to an even more impressive 840 horsepower and 770 lb-ft of torque. In order to achieve the added grunt the car will feature a slightly different tune for the engine. 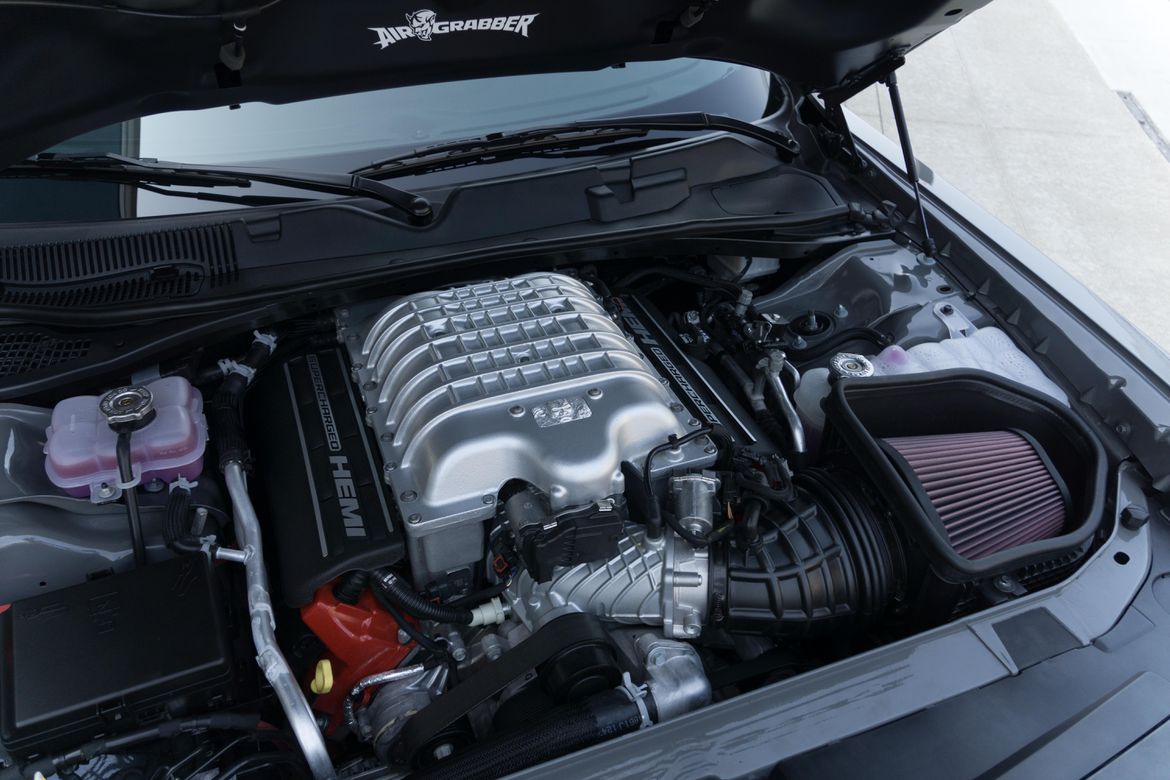 On top of that, it will need 100 octane gas which will also make it run a bit hotter than otherwise. The transmission is the same 8 speed automatic as before. However, the rear differential housing has been upgraded. Thanks to these changes, the Demon will hit 60 MPH in just 2.3 seconds and it will reach 100 MPH from a standing start in a rather impressive 5.7 seconds. Even though the car has a maximum top speed of just 168 MPH, that’s more than enough for it to become the fastest production car on a drag-strip.

The interior of the 2018 Dodge Challenger SRT Demon is not that different from the regular model. The car still features an infotainment system, a rather good audio system, climate control and aluminum inserts. 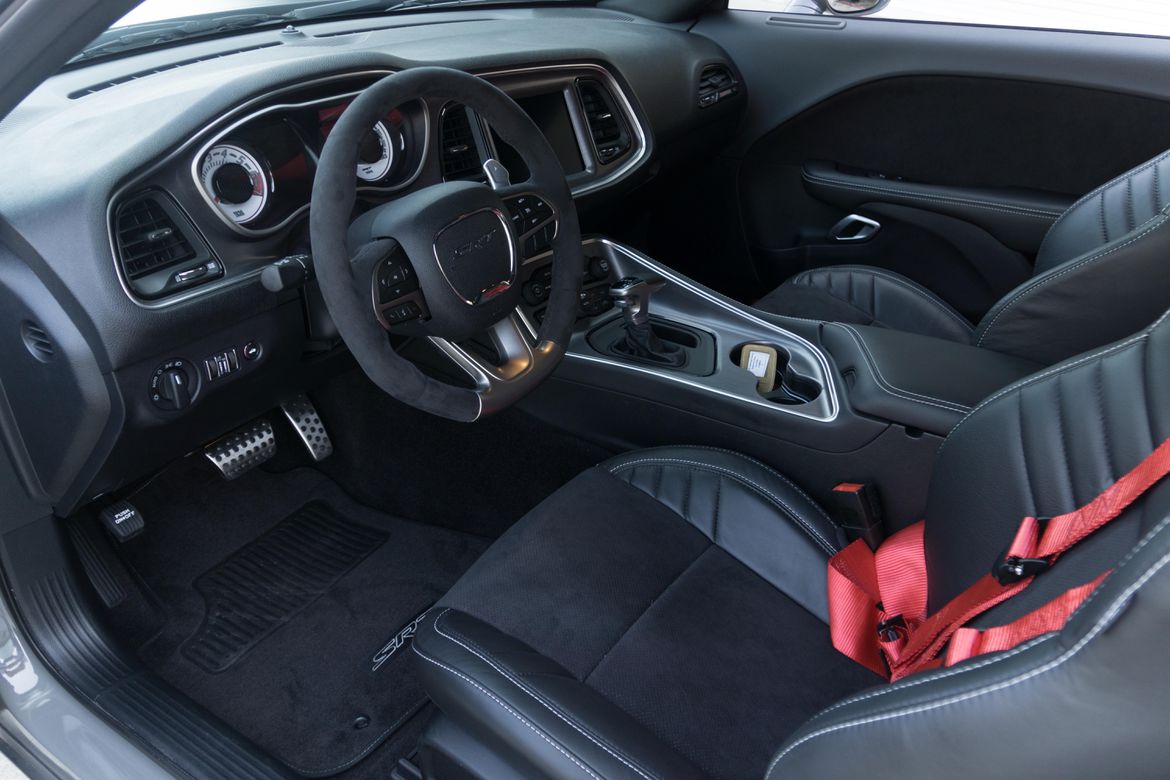 The base model also gets four fully fledged seats wrapped in a premium cloth. The performance package model on the other hand will only get one seat in order to save as much weight as possible. The car’s exterior is also quite similar to the regular Hellcat. It does have beefier tires as standard as well as slightly wider wheel arches. 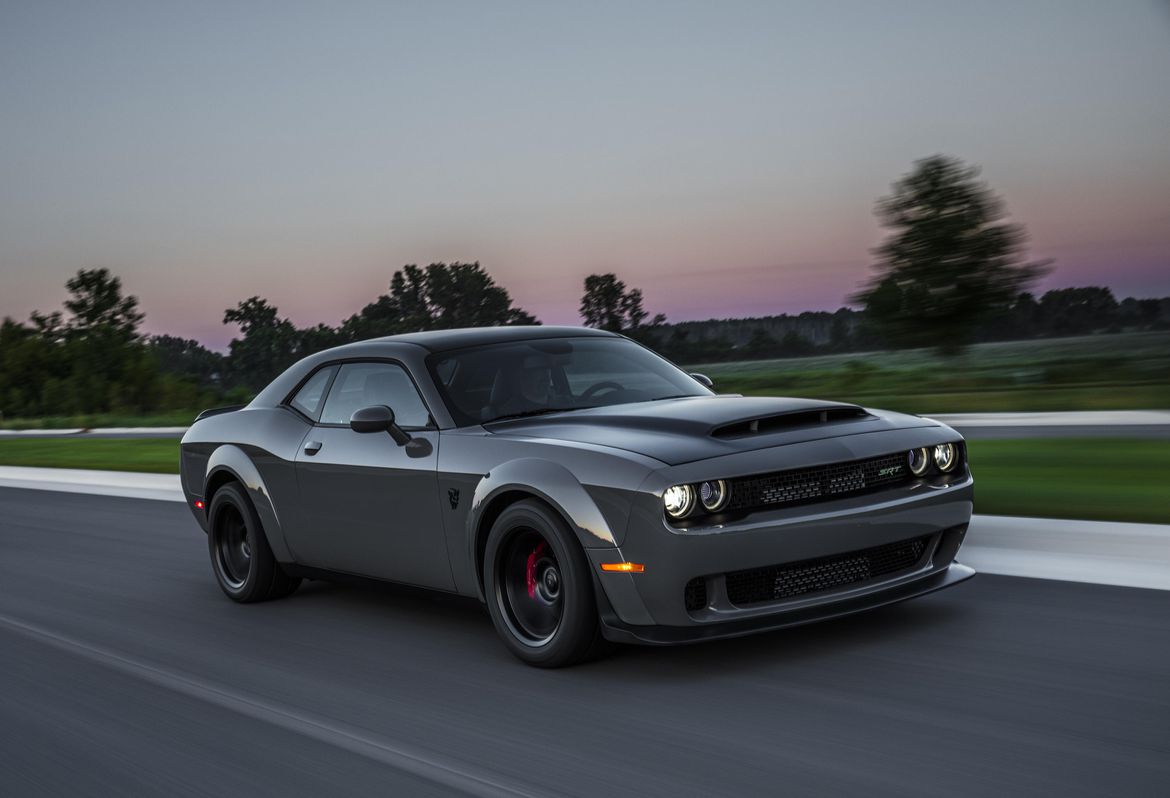 The car also features a larger hood-scoop in order to feed the supercharger more air. The rims are also unique to it. These have been specifically designed in order to endure drag-racing conditions.