If you want to buy serious off-roader while not wishing to spend serious piles of cash needed for Land Cruiser, LX or G-Class, the choice is very narrow. You have to resort to mid-size SUV and only three things slot under the proper SUV moniker. Sure, some crossovers are very skilled when confronted with mother nature (Grand Cherokee and Discovery), but if you not willing to compromise in your off-road intentions, the selection comes down to Wrangler or 4Runner. And yes, Lexus’s GX slots there too, but you don’t have to splash so much extra cash to rock climb with a posher badge. Both Jeep’s and Toyota’s mid-size SUVs saw huge sales boost in previous years, which will soon draw others into the muddy game (resurrection of Bronco, FJ Cruiser, Defender…), but before that happens let’s see what could we expect from 2019 Toyota 4Runner. 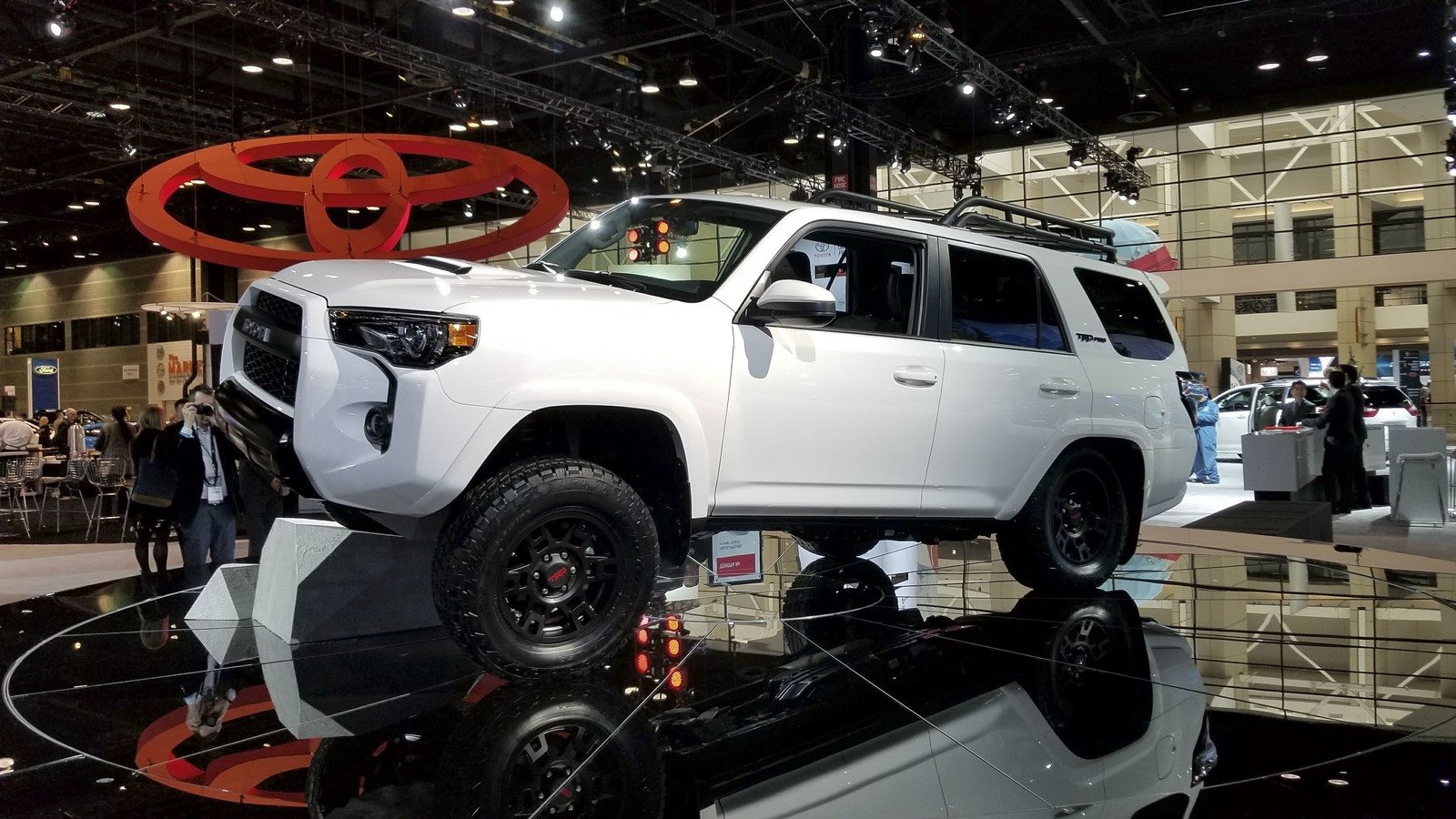 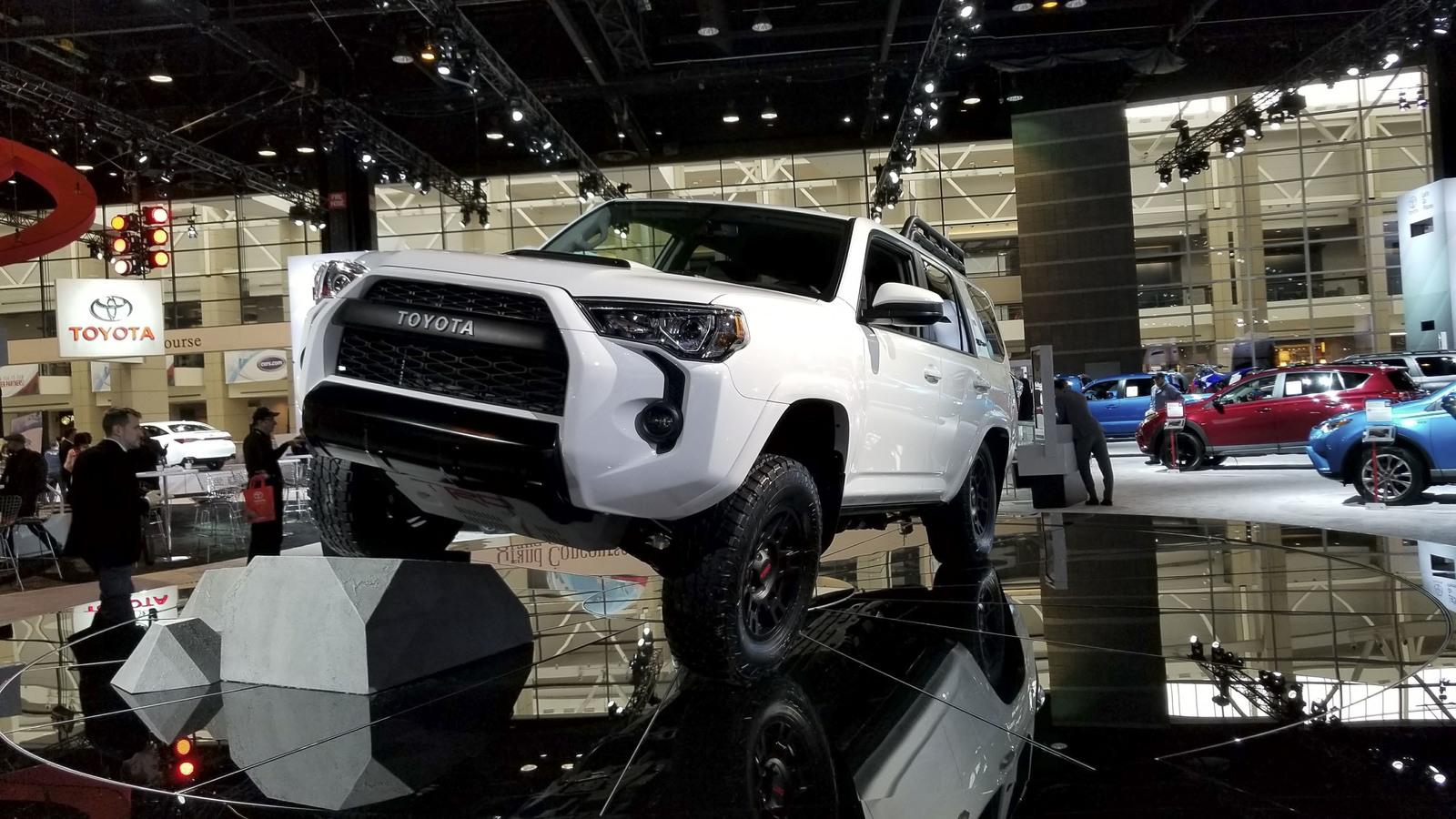 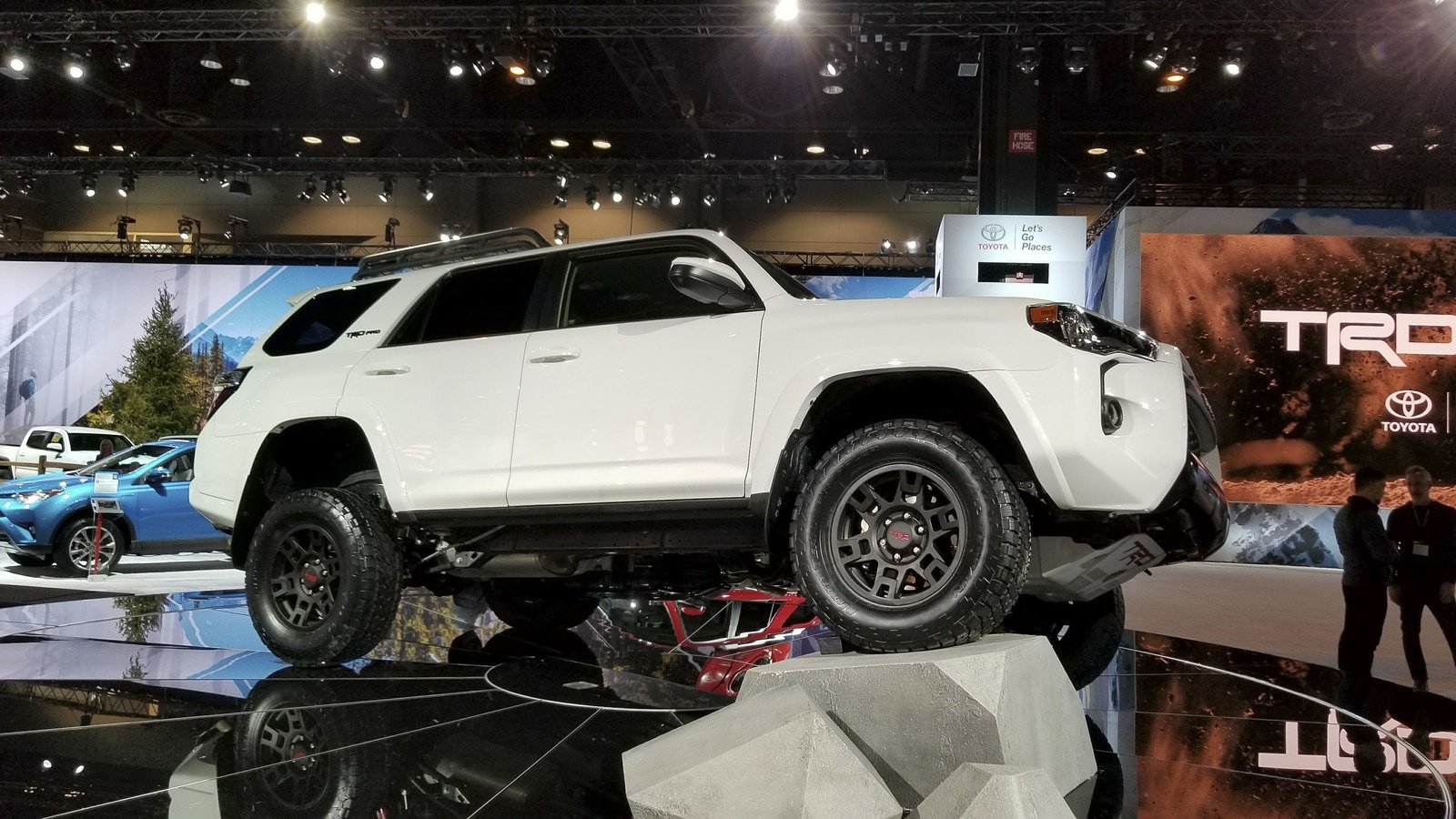 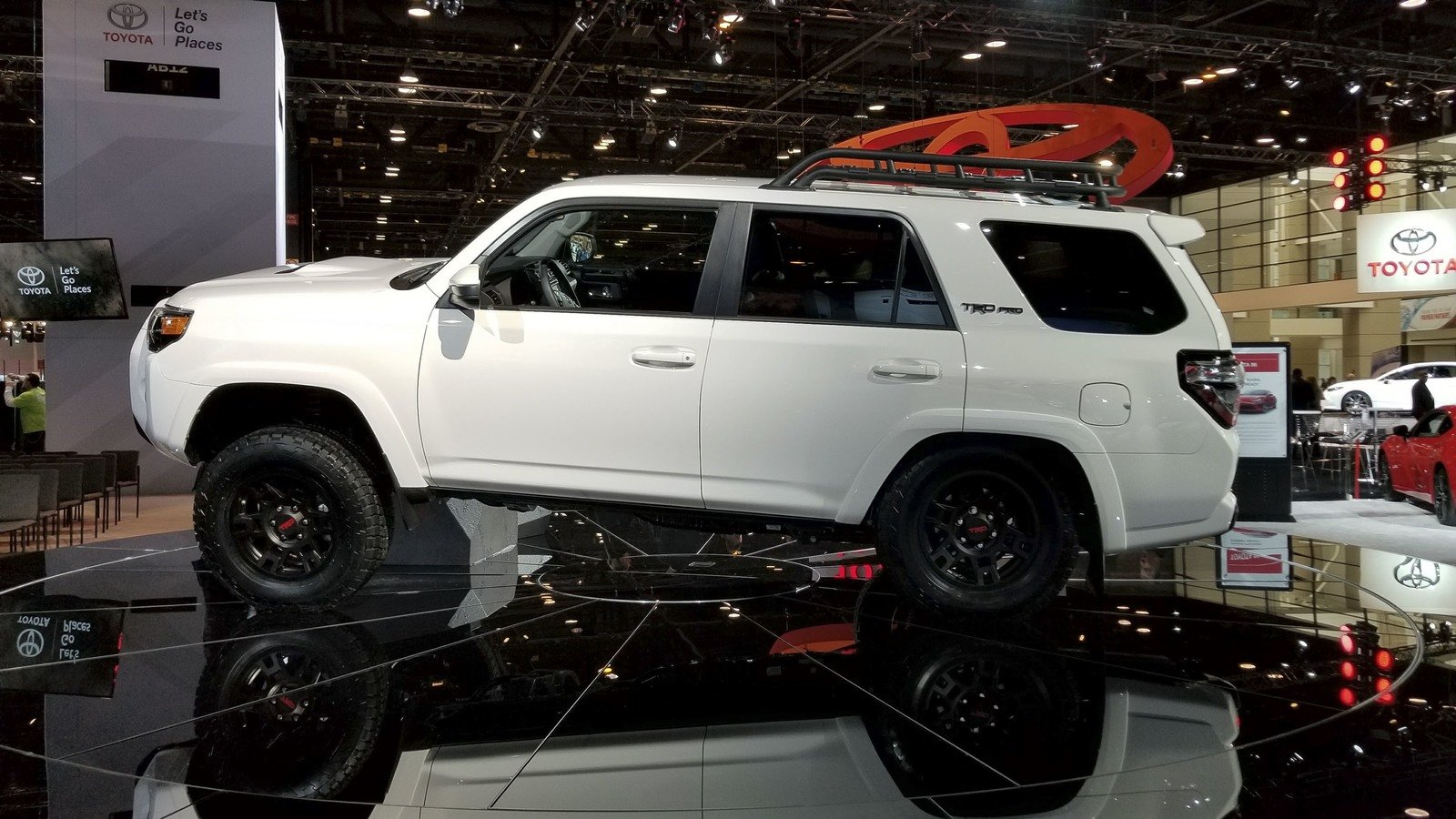 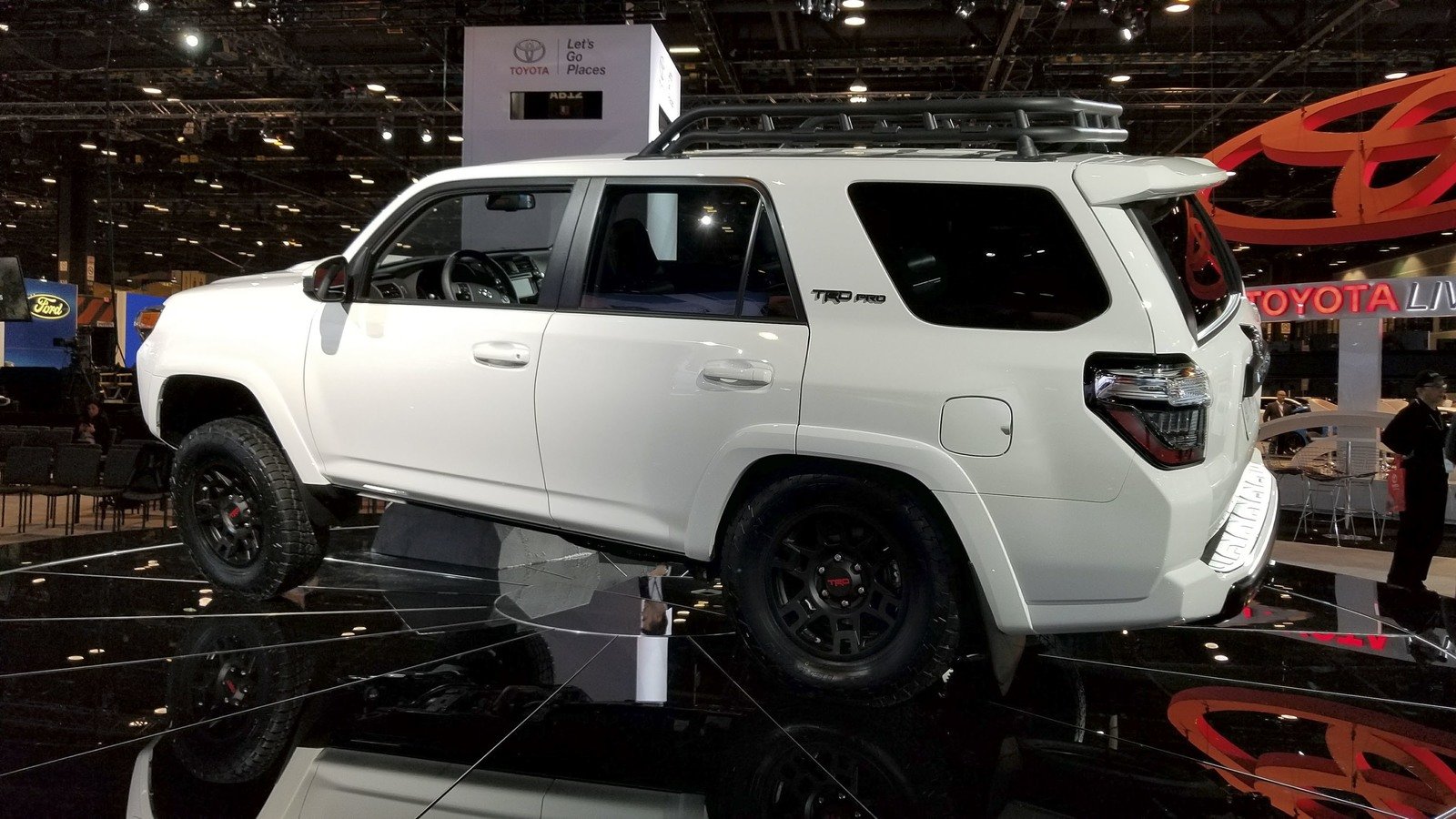 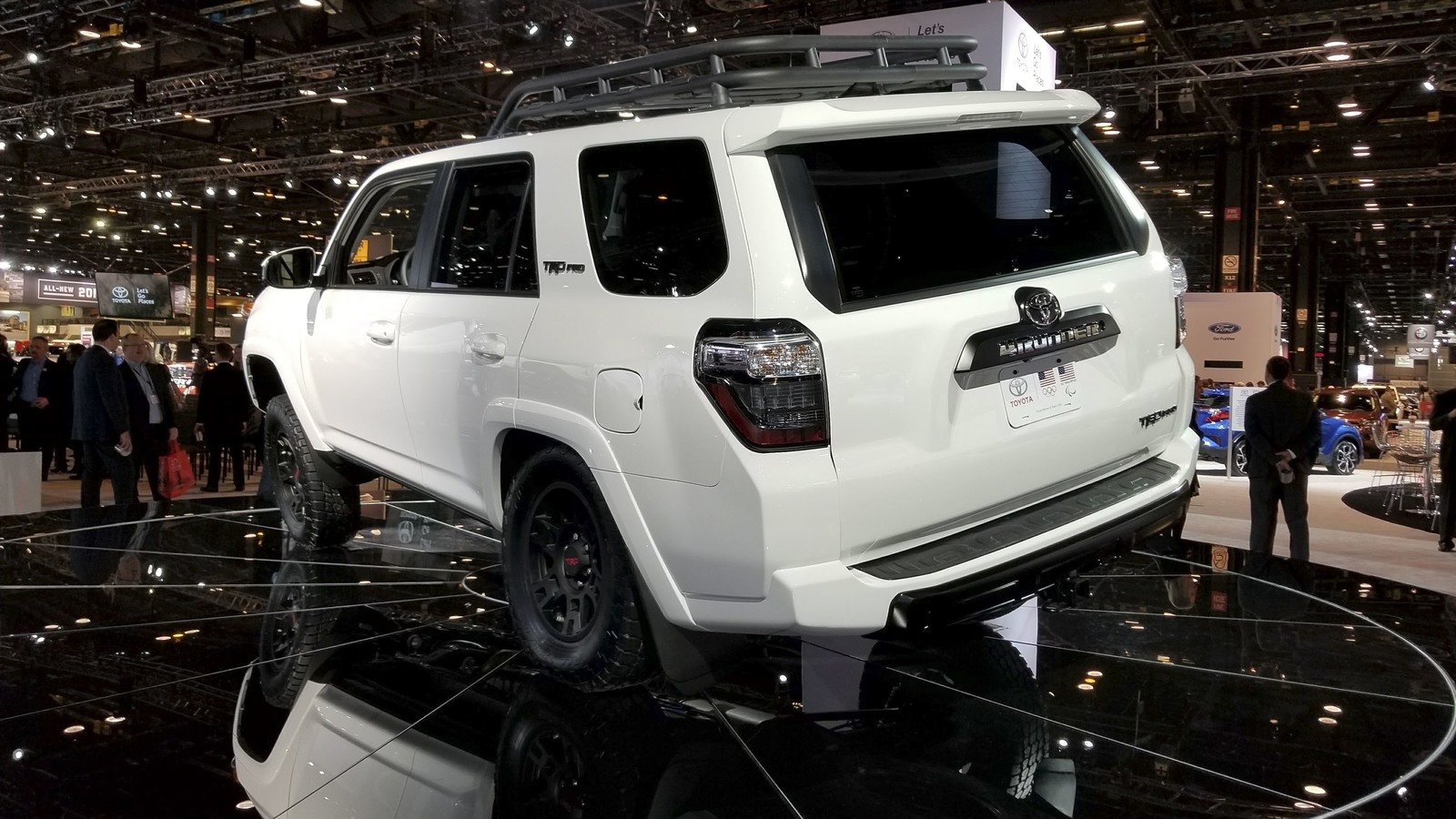 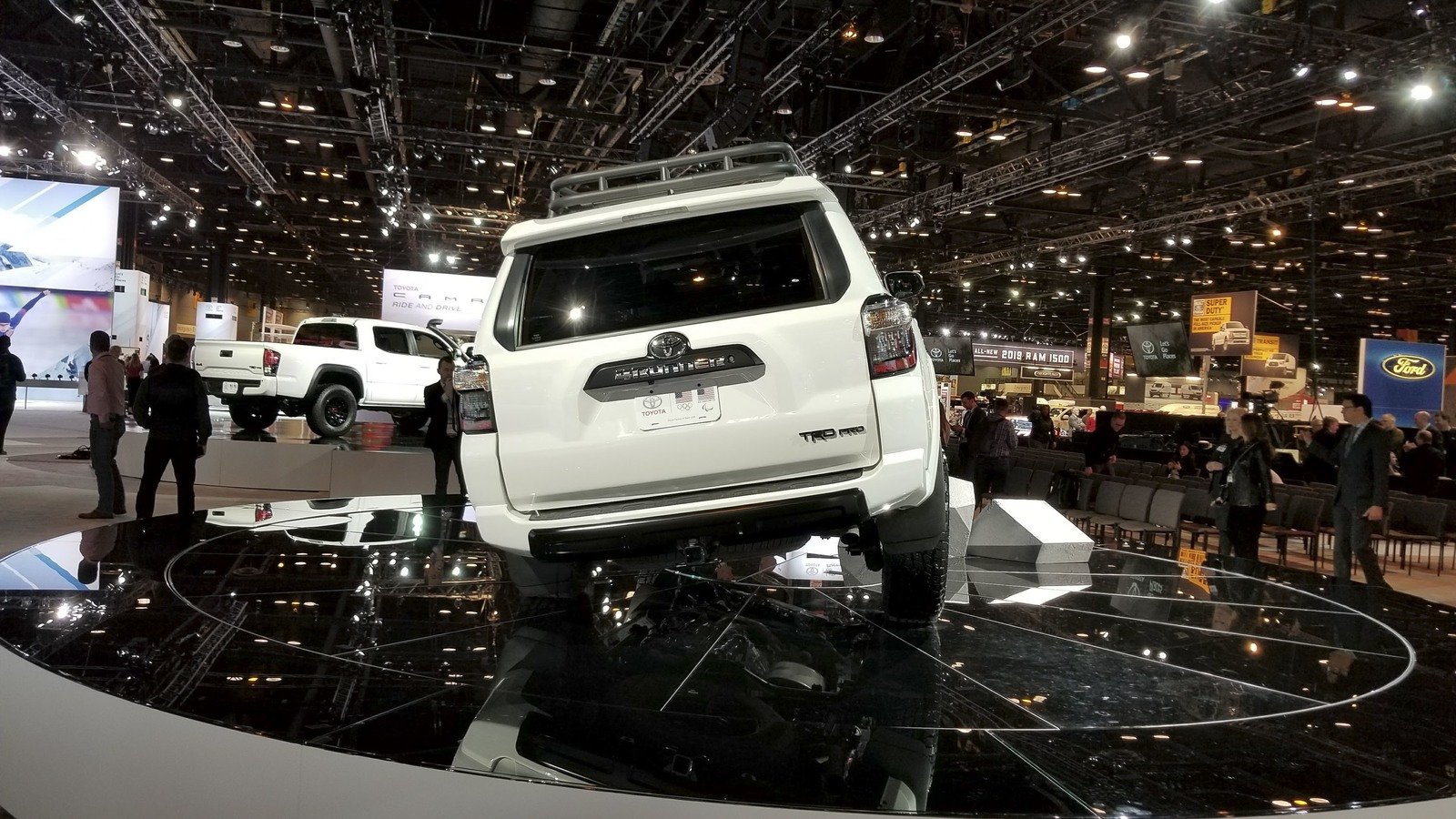 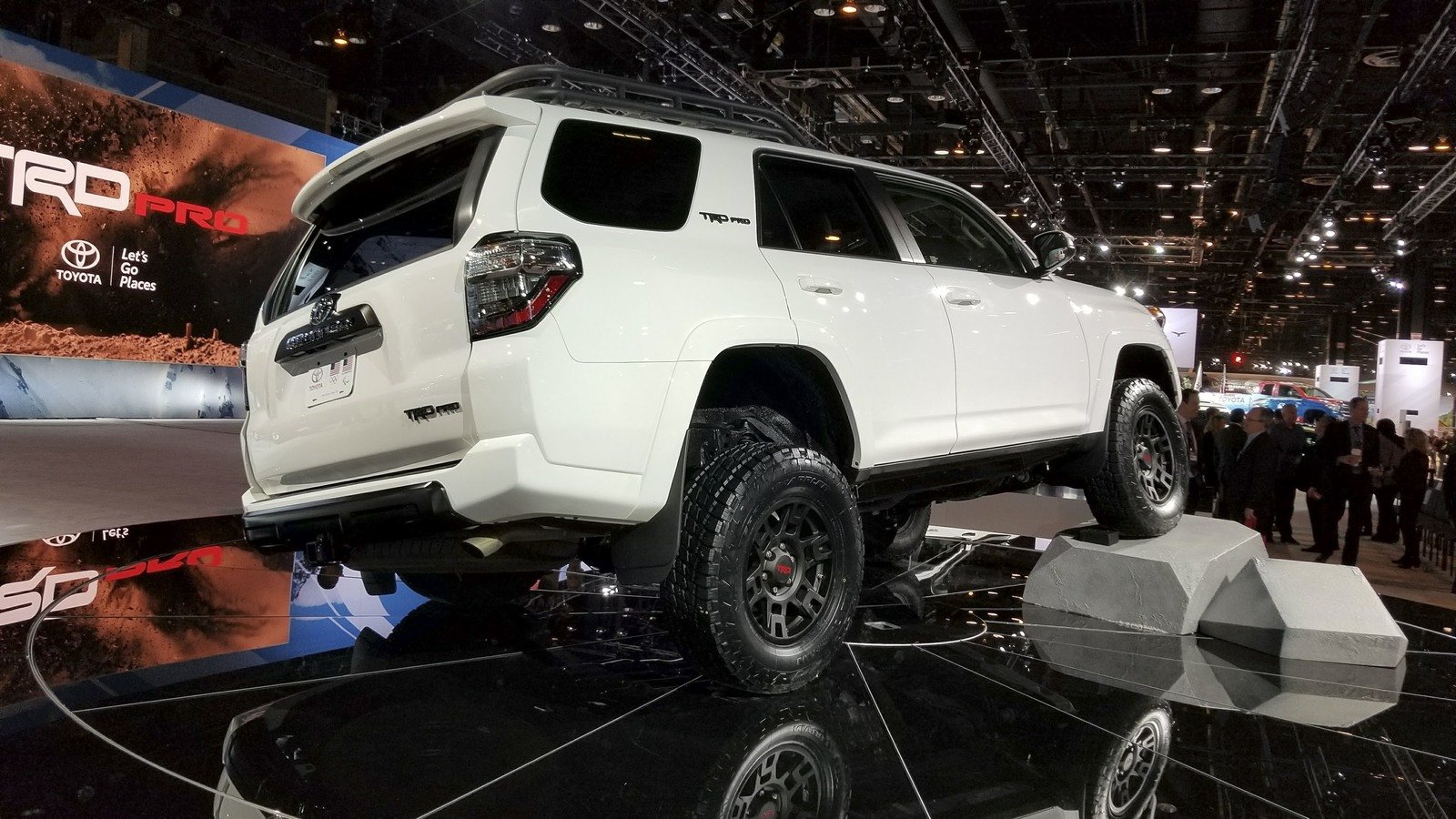 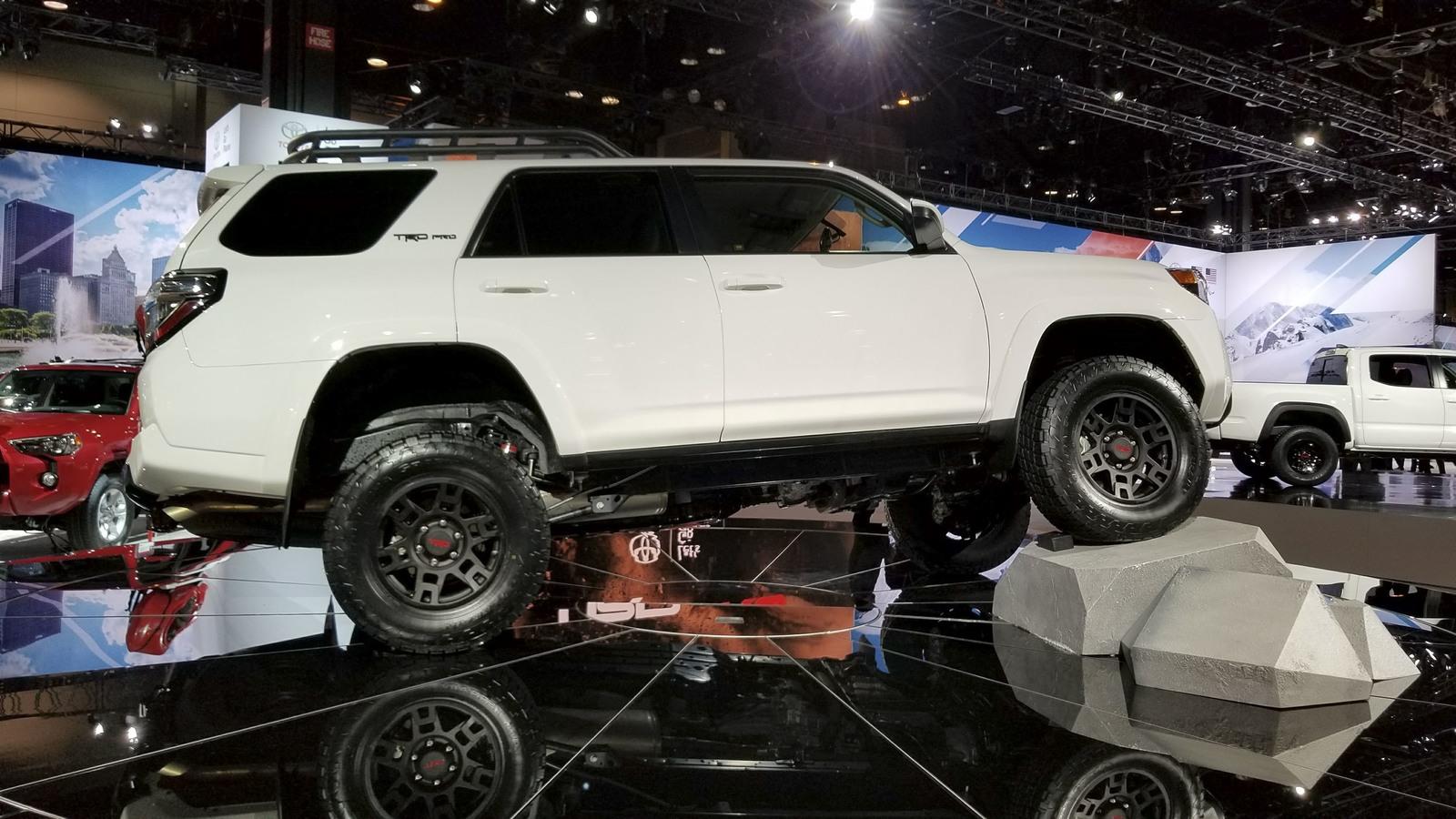 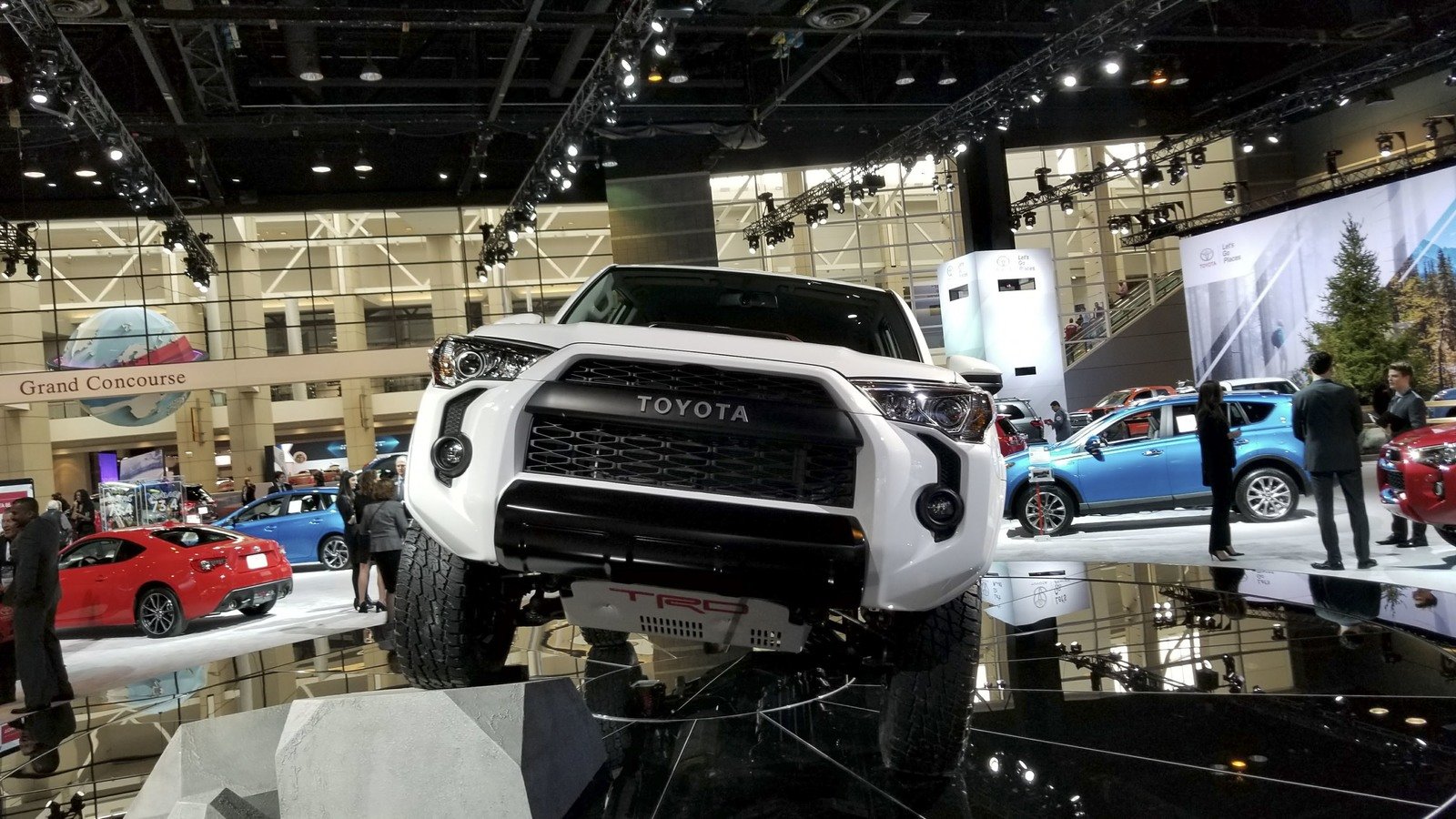 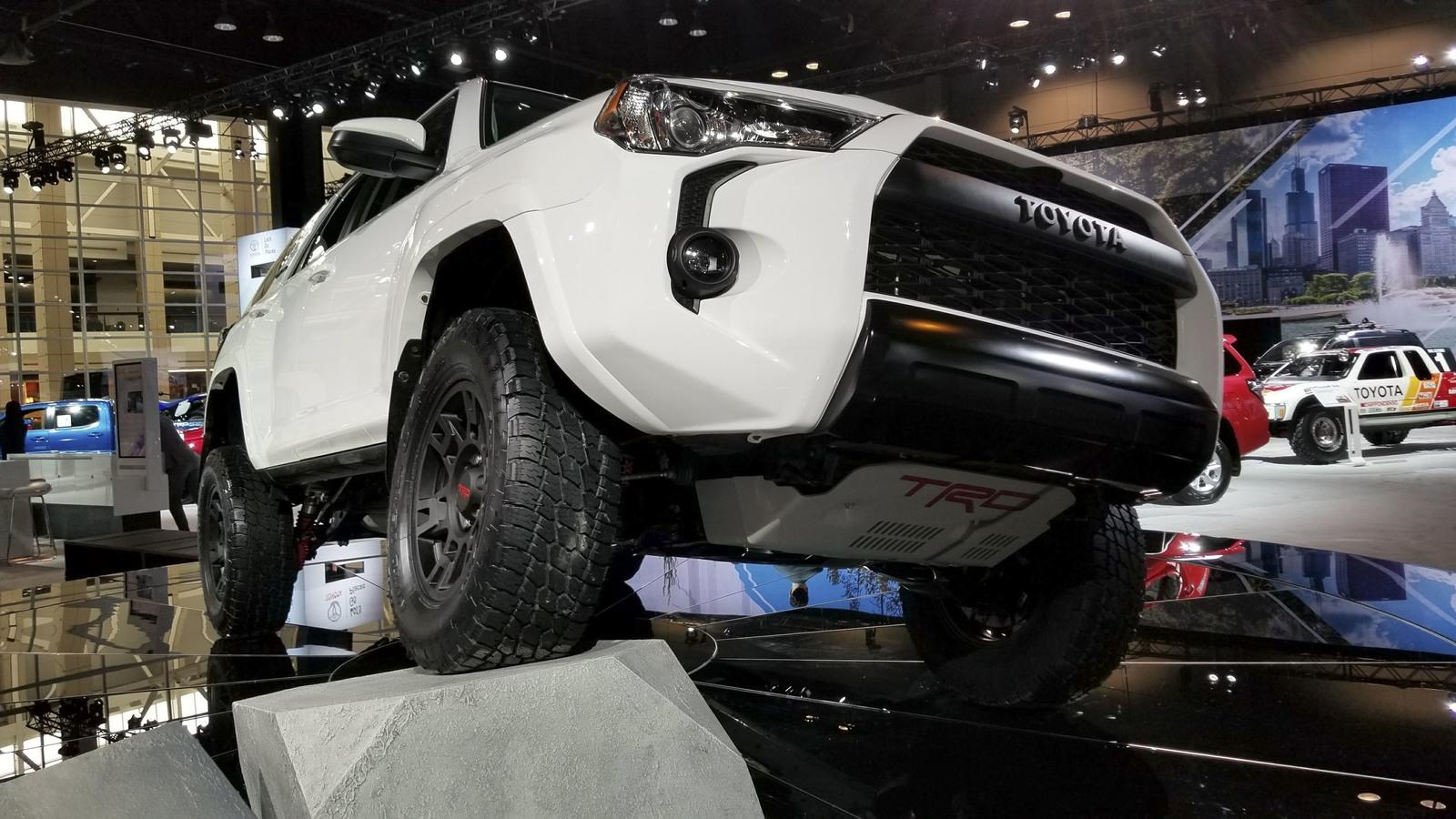 Current fifth generation of 4Runner debuted in distant 2009, which means it occupies the place on the market for eight long years. Biggest revision happened four years ago when it was gifted with brand new fascia, among else. Despite new Wrangler is almost in front us, it seems that Toyota doesn’t plan anything big for 4Runner for now. 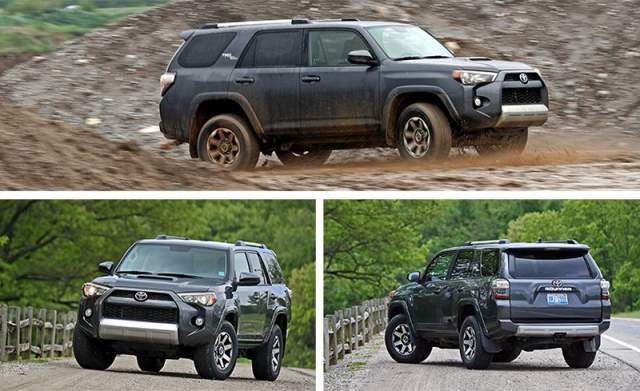 Last year it was sold to almost 112k buyers, which is the biggest figure since 2004, so according to certain rumor, next generation is nowhere to be seen before the model year 2023. So, 2019 Toyota 4Runner might bring new exterior color or two, maybe again some trim revisions, in best case scenario possibly another shot of Botox, although moderate one by our vision. We also don’t see any reason for $35k starting price tag change.

If nothing changes for 2019, 4Runner will follow through with archaic 4.0-liter V6 delivering 270 hp and 278 lb-ft of torque, while being paired with “lacking in speeds” 5-speed automatic transmission. Interestingly that setup propels this Toyota to 60 mph in 7.5 seconds, which is completely decent for the segment but actual feel while on the road collide with the stated figure as the pedal response is far from determined.

Fuel economy of 18 mpg combined is also appalling compared to crossovers occupying same class. Space numerals for second and third row inside, are not praised worthy, but maximum 90 cu-ft of trunk space absolutely is. The cabin is also visually dated and adorned with cheaper plastic while driving manners are compromised by body roll and overly mushy suspension.

IS IT A DISASTER THEN?

No. Even if 2019 model year doesn’t mitigate any of the mentioned flaws, 4Runner remains a gem. This is a utility that knows its purpose and it delivers more than well enough when we come to it. Dated V6 is very robust and reliable and all cost paid with ladder frame chassis, rear solid axle and softly tuned suspension pay it dividends during the battle with nature. Interior with unfashionably large buttons and knobs is cherished while your hands are coated with gloves and un-neoteric simple and boxy shape garnished with odd-looking eyes for some reason come as ruggedly charming. 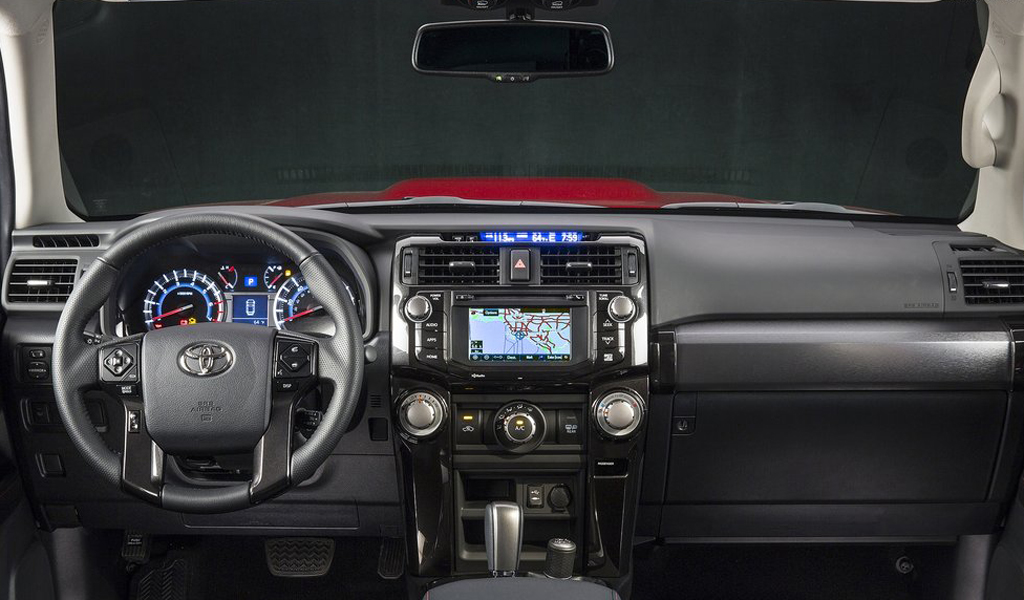 TRD Pro model is especially visually bursting with “roughneck” type of coolness beside being incredibly unstoppable when confronted with calamities nurtured by nature. At the end, all remaining shortcomings are invalidated by lockers, low range gearing, sway bar disconnectivity, even Bilstein dampers and Eibach springs in case of TRD Pro. So, even if nothing changes for 2019, 4Runner will easily march on endangered only by new Wrangler. Still, since the attention of buyers is ever increasing, for now, there is probably enough of them for both of these earth crawlers.