There is a lot of fuss about new DB11 and its first-ever turbocharged engines, the new platform and newfound friendliness with AMG Mercedes, and surely there is quite a hype around upcoming Valkyrie hybrid monster. Yet, let’s not forget about the arguably prettiest Aston Martin product alive (unarguably when touched by Zagato), which still pays the flagship role at least until, with “energy drink” co-produced, hypercar arrive. Vanquish is with us since 2012 and naturally brand new 2019 Aston Martin Vanquish has been caught doing “naughty” laps around Green Hell (where else?).

That’s right, don’t just look at spy shots and exclaim “I can see his fascia”. There is still a lot of time till this beast hit the roads and the fact that headlights are totally uncovered raise some suspicion with us. Test mule does look a bit like DB11, but with different hood undulations, different front bumper, meshed instead of the slated grille, while rounder front lights bring it visually closer to Jag’s deceased XK than anything else (at least at the front). 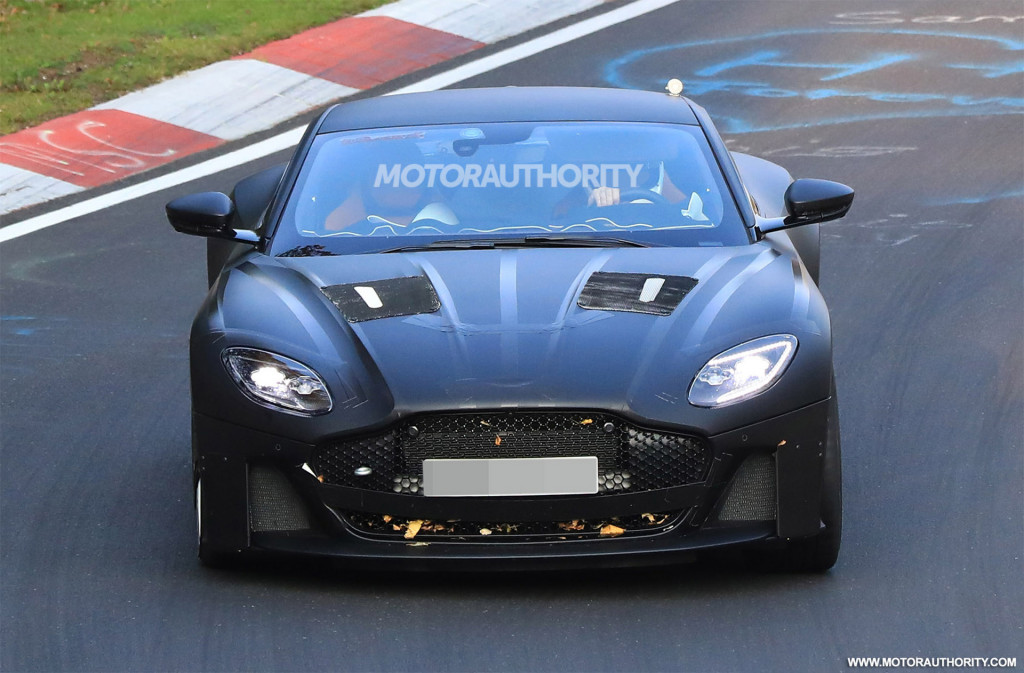 Mirrors and side gills appear as those from DB11, while at the back it features more aggressive diffuser and quad exhaust setup over its lesser sibling. Rest of the tale is just masked enough to don’t reveal anything else. If we are to be honest we might as well forget about those headlights of it and about that rear diffuser, along with some other bits as lots of them appear as decoy ones.

We mentioned that Vanquish is a current flagship of the brand, so power must go north of DB11’s as much as price does. New Vanquish will borrow DB11’s platform and we presume its new V12 engine, but surely not twin-turbo V8 (despite how glorious it is). Now shed a tear or two as “normal breathing” process of its current internal combustion 5.9-liter device goes to history and new 5.2-liter V12 with two sets of turbines and compressors (just read two turbochargers) arrives. Anyway, old V12 was just old (very old), while a new one is a masterpiece and in case of Vanquish, it should boost more than current DB11’s 600 hp. Maybe 650 hp, maybe even 700 hp… That also means that 3.6 seconds to 60 mph achieved by the cheaper sibling is a figure that is going to be beaten, hopefully by a lot of tenths. Currently, Vanquish S model pumps out 580 hp and does 0-60 deed in 3.5 seconds. 8-speed automatic follows through, while there are hints of possible hybrid version also, yet it is too early to discuss that outcome.

So, what do we expect from 2019 Aston Martin Vanquish? Well, to be at least as gorgeous as the current one was when it was introduced or capable of stealing your breath in other words, and to be fairly more powerful than current DB11. 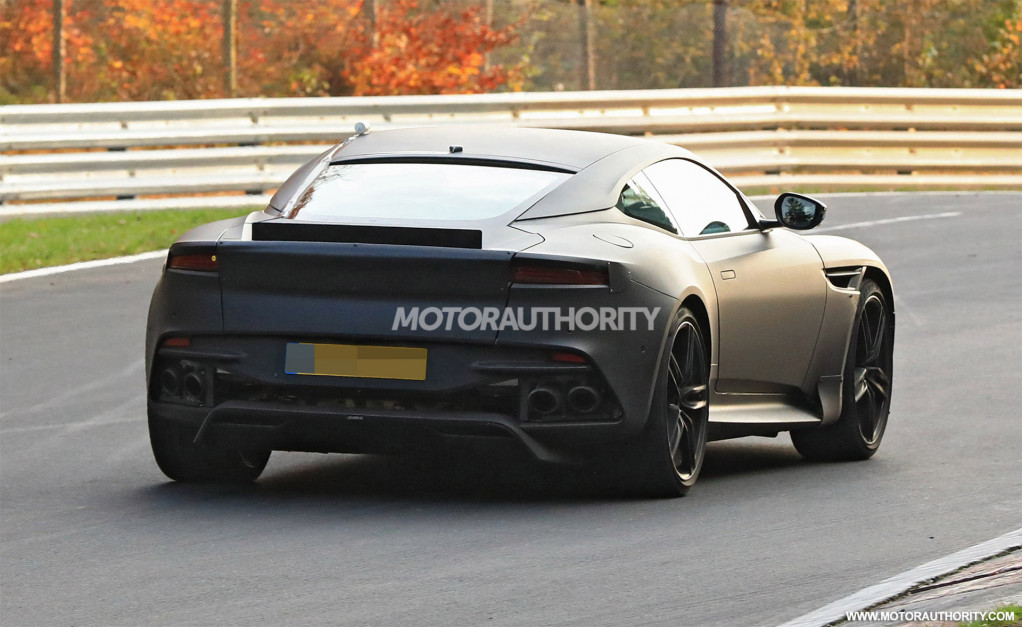 Last is totally justified as Vanquish starts around $300k (Volante for around $15k extra) or whole $85k above DB11. And yes, some technology bits in form of adaptive cruise control and actually decent infotainment system wouldn’t hurt either, but we already know that they are coming, among other stuff, thanks to Merc’s generosity. Expect it to arrive next year or maybe early months of 2019 one.