People often resort to Aston Martin cars when pretty needs to be described in automotive terms. They are usually referred to as the epitome of beauty, and all present models (apart from ungainly Lagonda Taraf) actually are, all the way to majestically mesmerizing Vanquish Zagato. Purely gorgeous DB11 is part of that story also, and now even more alluring form of it arrived as 2019 Aston Martin DB11 Volante. You don’t believe us, check the photos.

One look at it and your whole array of fears simply vanish. First of all, it uses soft top, so the roof doesn’t mandate awkwardly flat tail often existing in case of moving hardtops, meaning that it looks as almost good as the coupe when the roof is up. Yes, it really does. 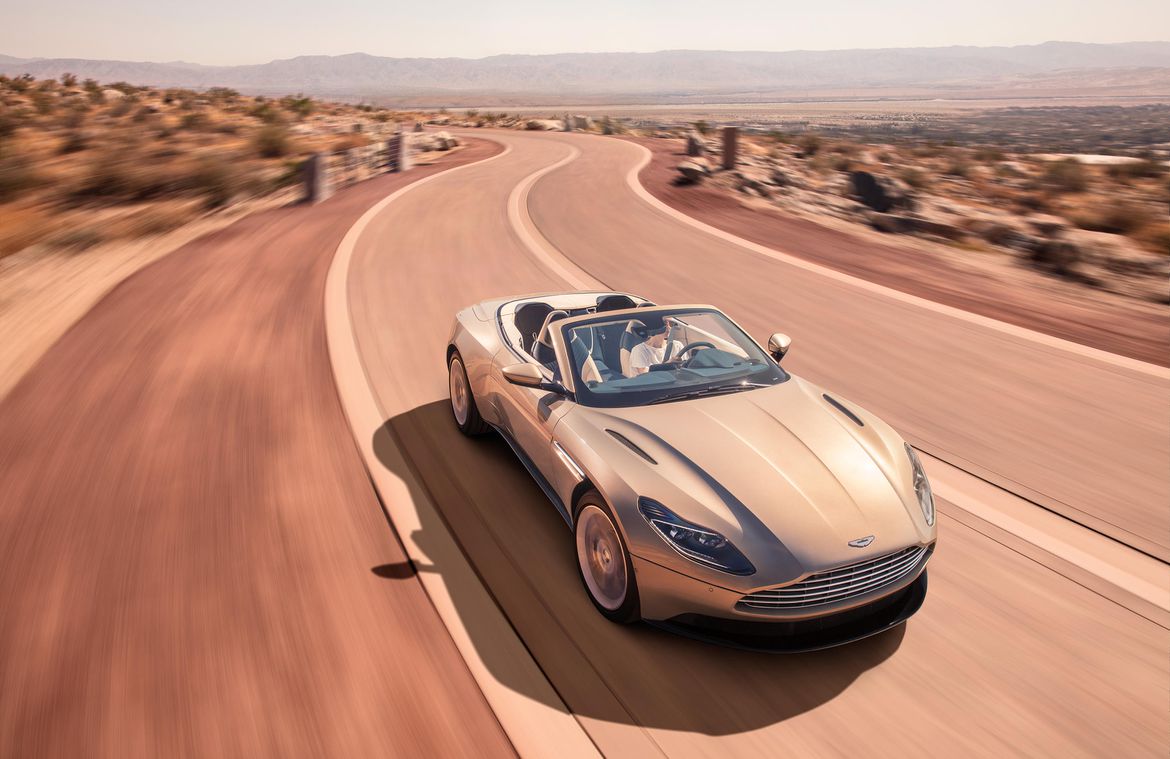 žThose muscular and elevated rear hunches are still there, and while it looks especially breathtaking when the top is down, it doesn’t always need to be packed in order for you to feel completely handsome in it. Plus, cool choice of three colors (black, gray or red) for your removable ceiling additionally sweetens the deal, along with the fact that it retracts in just 14 seconds and all that while on the move (with speed up to 31 mph). 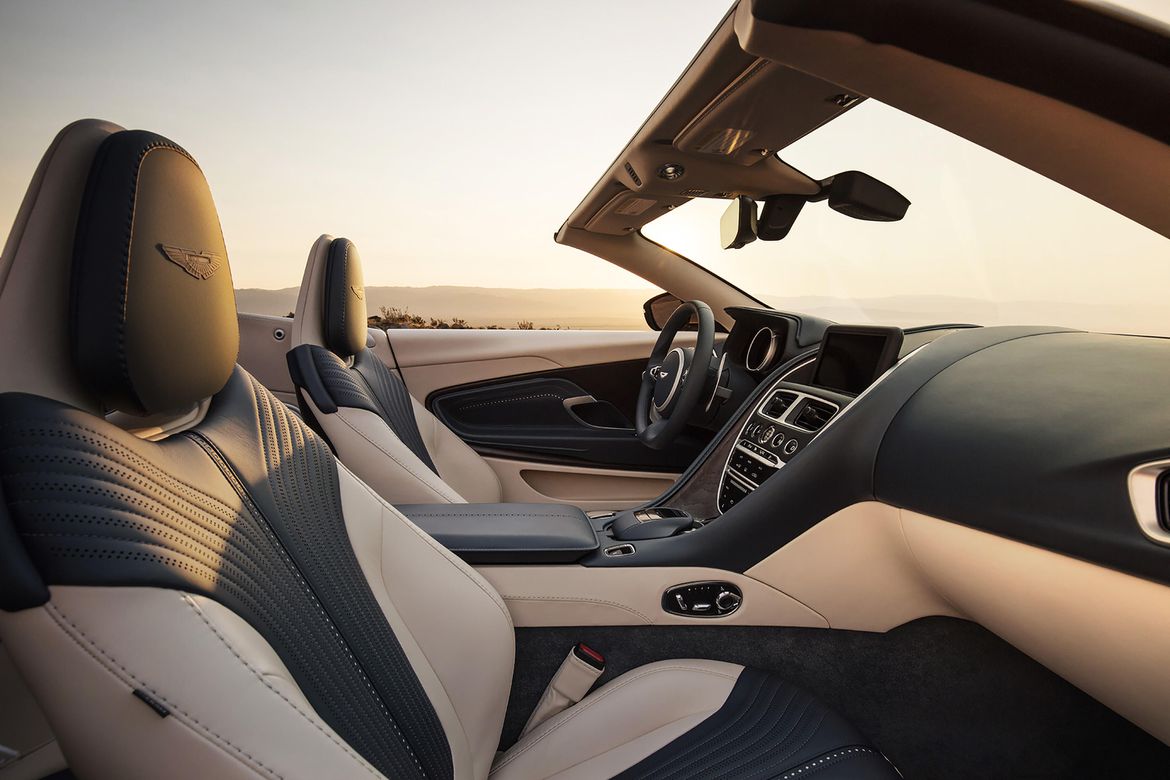 Interior naturally remains unchanged and sadly it doesn’t follow levels of exterior beauty. It is also nowhere near as luxurious or sophisticated as theme found in new Continental GT nor it is well built or visually dynamic as one found in new Ferrari Portofino. As a consolation, Brits claim 20% bigger trunk compared to predecessor (DB9 Volante), although that one was really petty with 7 cu ft.

And now we come to the stranger part of the story. Volante arrives just with V8. Yes, its marvelous one, 4.0-liter boosting 503 horsepower and 498 lb-ft of torque. It comes from latest AMG 63 line of Mercedes models, with broad power band (in this case 2000-5000 rpm) and two turbos mounted in “Hot V” configuration. Plus, when employed in coupe, V8 shaves the weight from DB11 nose, making it feel more agile and alert, while only one-tenth slower to 60 mph. 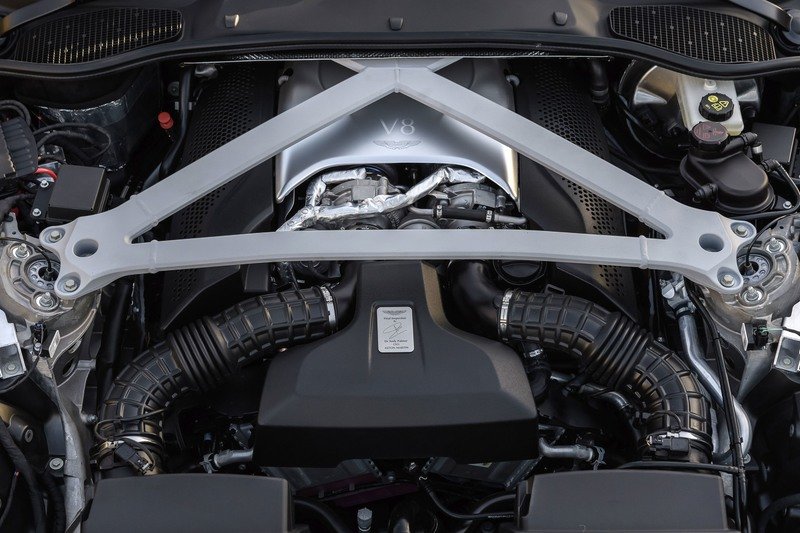 Still, lack of V12 in an Aston might bother some customers spoiled by brand heritage (DB9 was exclusively twelve-cylinder powered), but Brits might offer that option in near future. Now, let’s get back to our roof-less version. Volante with V8 weighs exactly as the coupe with V12, or 254 pounds more than the V8 version with the fixed roof. Weight distribution is at 47/53 or little bit messed up compared to 49/51 of the coupe and 0-60 takes one-tenth more (4.1 seconds), while the top speed of 187 mph is same. Overall, usual and insignificant toll charged in favor of open skies above your head.

IF YOU WANT ONE…

You do know that 2019 Aston Martin DB11 Volante will certainly bring a price bump over regular version when it hit dealer’s lots in the spring next year? And it will be an over $17k surge. Still, $219k on these levels seems perfectly fine, and no one capable of splashing out that pile of cash will deliberately choose coupe just to avoid the mentioned surcharge. No, you’ll choose irremovable roof because you want that tenth less from acceleration and lap time, but as far as your hedonism nurtured by pure cruising pleasures go, nothing beats Volante. And did we mentioned it is utterly beautiful? I think we did.