Home > 2018 > Ferrari > 2018 Ferrari Portofino – Portofino Is a Cute and Peaceful Little Village, but This Ferrari Is Not

In 2008 entry level to the Ferrari’s world dropped harshly. That would be the year when California debuted with its price tag of $200k. At first, that was around $25k less than soon arrived 458 Italia, but future stretched the difference much wider. If you thought back then, that mentioned saving is trivial in those echelons, taking into account that you are settling with slower, smaller and more GT oriented stuff, compared to tire shredding, pure blooded, track monster, you might as well be right. But as we said, the passage of time brought some changes in pricing policy and 2018 Ferrari Portofino stands as a viable and separate choice. 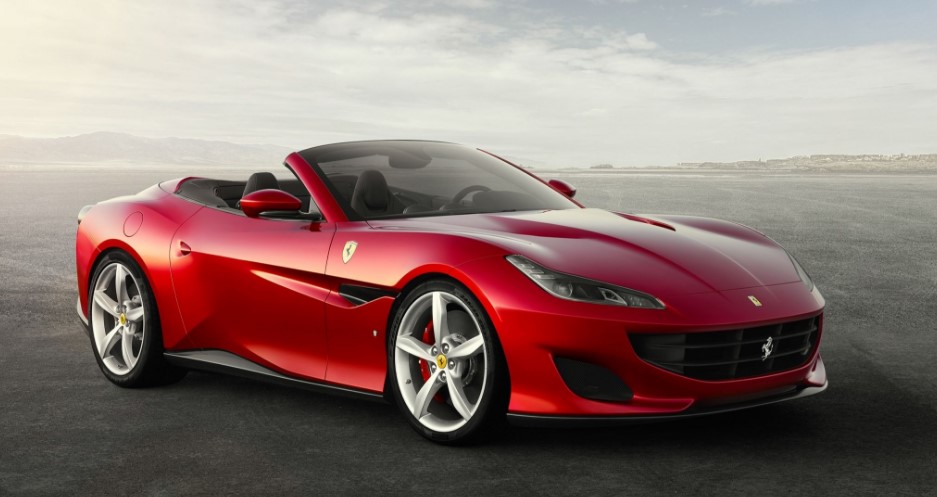 You see, in the California’s time, Spider model of 458 tried to collect around $250k from your bank account. But then prices start creeping. And fast that is. When California’s successor model T arrived its price tag remained, but new 488 GTB was already at the previously mentioned price tag of the 458 Spider, while 488 Spider climbed to $270k. So, Portofino will come as around $50k cheaper, which is a figure worthy of some consideration. Yes, it is still primarily a grand tourer, but rising prices of track oriented sibling made it well positioned by now. 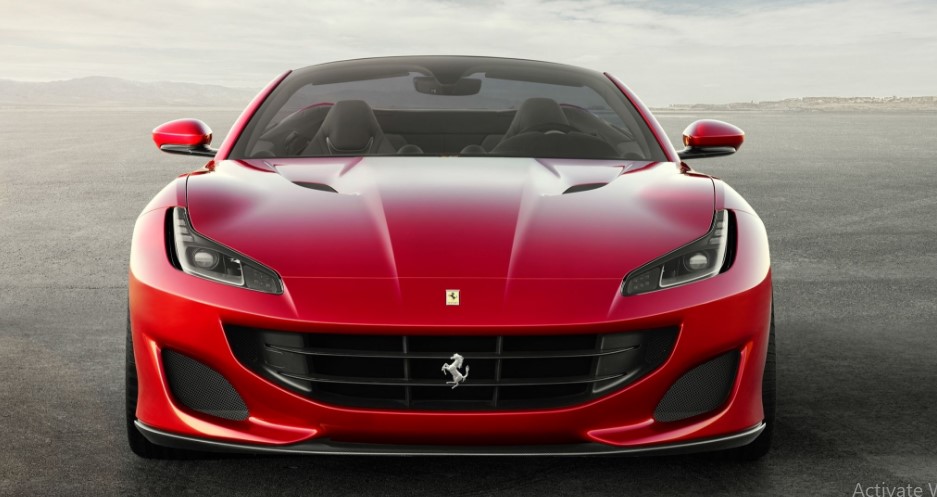 SWITCHING TO THE DARK SIDE

California, with or without T, never lived up to be dressed in some proper Italian visual elegance and passion, decorating other creatures from the brand’s past offer. From puppy-like nose to fish-like one, and with bulky tail, in either case, it missed to mesmerize us as Ferraris tend to do, often. Portofino arrives visually different but it also jumps on Maranello’s latest design wagon. Lineup products are ditching sophisticated elegance and vibrant passion by becoming dark, evil and mean. 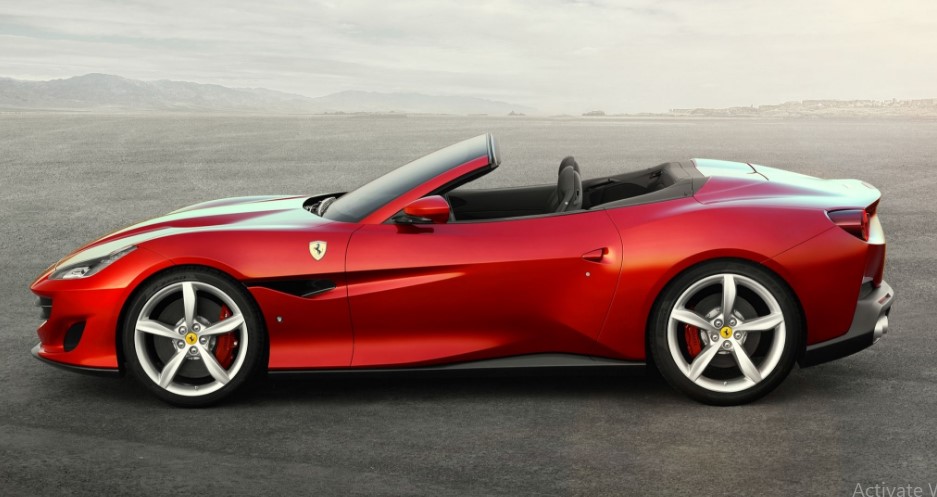 Just pay attention how wicked new 812 Superfast appear visually and Portofino doesn’t differ much. If you put California T model next to it, it seems that it would senselessly rip it apart and probably laugh as hyena afterward. For that sensation of ours, we blame those evil eyes and bumper intake looking at us with a sinister smile. Every line on the car is sharper and even if you don’t fancy obscure side of it, you will appreciate more masculine and less plump tail.

As we said Portofino is primarily a GT car and in that sense, it draws cabin’s inspiration from significantly more expensive, but same minded GTC4 Lusso. They have the same steering wheel (as also 812), resembling dash’s shape, same center console buttons, and almost the same infotainment screen. 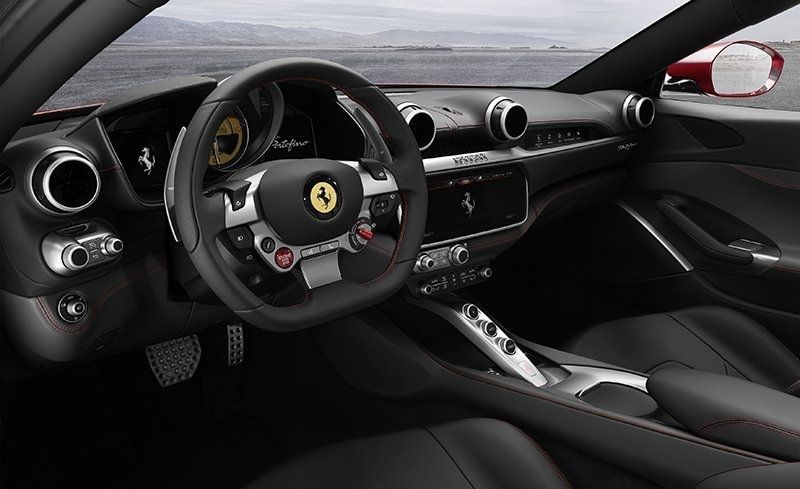 The sleekly styled display is just 0.1 inches smaller in Portofino being at 10.2-inches. Further more, Italians promise less noise when the top is down, which can now be packed into the trunk while the car is on the move and more space at the back which was previously almost unusable.

The main part of every “prancing horse” product. It is maybe not mid-engined as 488, nor as powerful, but it hides same twin-turbo 3.9-liter V8 underneath. And now, Portofino brings new pistons, connecting rods, intake, and exhaust system, pushing power figures to 591 hp and 561 lb-ft of torque. That is an increase of 39 hp and 4 lb-ft over the predecessor. Ferrari claims 0-60 time of 3.5 seconds, but expect that real world figure top that, maybe even by half a second. Besides that new chassis is lighter, but also stiffer, the newest version of brand’s LSD is employed, along with revisions to “Magneto” dampers, and total novelty is the introduction of the electrically assisted power-steering system. Let’s hope that last one doesn’t spoil steering wheel’s chattiness with the driver.

OWN PLACE UNDER THE SUN

2018 Ferrari Portofino debuts during Frankfurt Motor Show, or during days of this writing, when more details will be revealed along with the date of its release on the streets. Still, one thing is clear for a while. You don’t judge your decision of buying it, upon first gazing at GTB’s superior specs, as price difference easily justifies the gap. It is only left to choose it over DB11, Continental GT, McLaren 570 GT or something similar. But we won’t go there now.