A short while ago McLaren released the 720S, their all new supercar meant to replace the 650S. So far they didn’t really have a successor for the 675LT though, the track-spec version of the 650S. However, this changed with the release of the 2019 McLaren Senna. Even though the car is still not available for sale, they did release it and the car is more impressive than first thought. For starters, the Senna is not just a higher spec 720S. Instead it features a new platform, a different engine and quite a few other improvements meant to make it as fast as possible on a track.

The car uses McLaren’s all new MonoCage3 architecture. This new carbon fiber tub offers up to 40 pounds of weight loss when compared to its predecessor which is quite impressive. On top of being lighter, the tub also offers increased structural rigidity and a lower center of gravity, both aiding with the car’s driving characteristics. 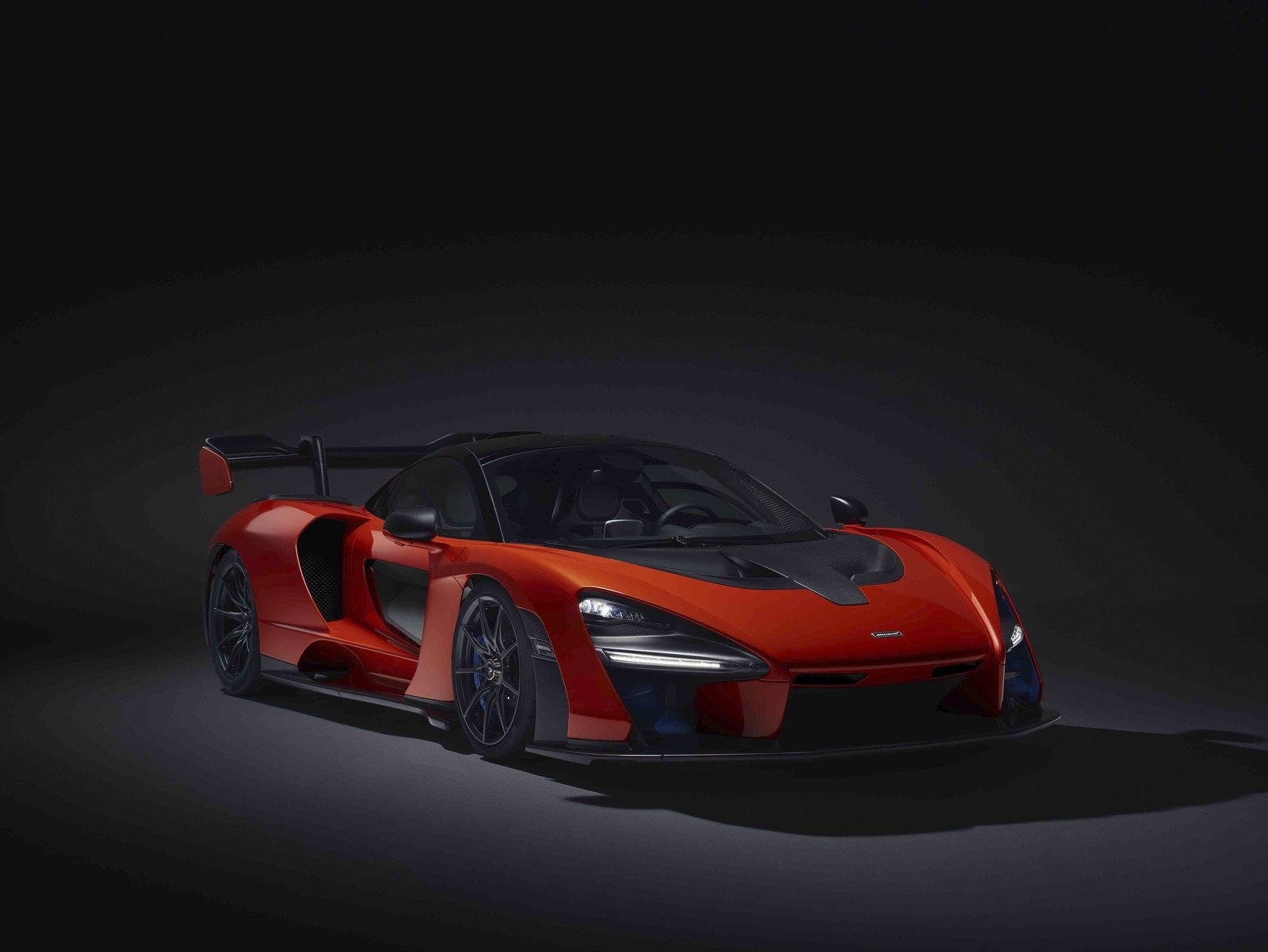 McLaren went to great lengths to make this as light as possible so the body is also lighter than that of its predecessor. They used thinner carbon fiber weave, so the fenders for example are now just 1.4 pounds each instead of 4.9 pounds.

In order to become as track focused as possible, the 2019 McLaren Senna features some rather interesting quirks. For starters, the car now features 9 spoke lightweight forged wheels with center locks. These are not only lighter but also considerably easier to swap. There are unique plate holders both in the front and at the back which can be removed in order to make the car more aerodynamic.

For now it looks like the upcoming Senna is going to cost well over $800,000 on the US market which is a rather impressive amount of money. For the price the car will come pretty much ready to race with the added bonus of being able to be driven on the road. The car is going to become available in the near future but unlike the rest of their cars, it looks like it may be a limited edition model.

The design of 2019 McLaren Senna

There is no doubt about the fact the 2019 McLaren Senna is loosely based on the 720S. The front end is dominated by the same triangular shapes as those found on the 720S while the headlights and even intakes have roughly the same design too. However, the Senna does come with quite a few more aerodynamic features. 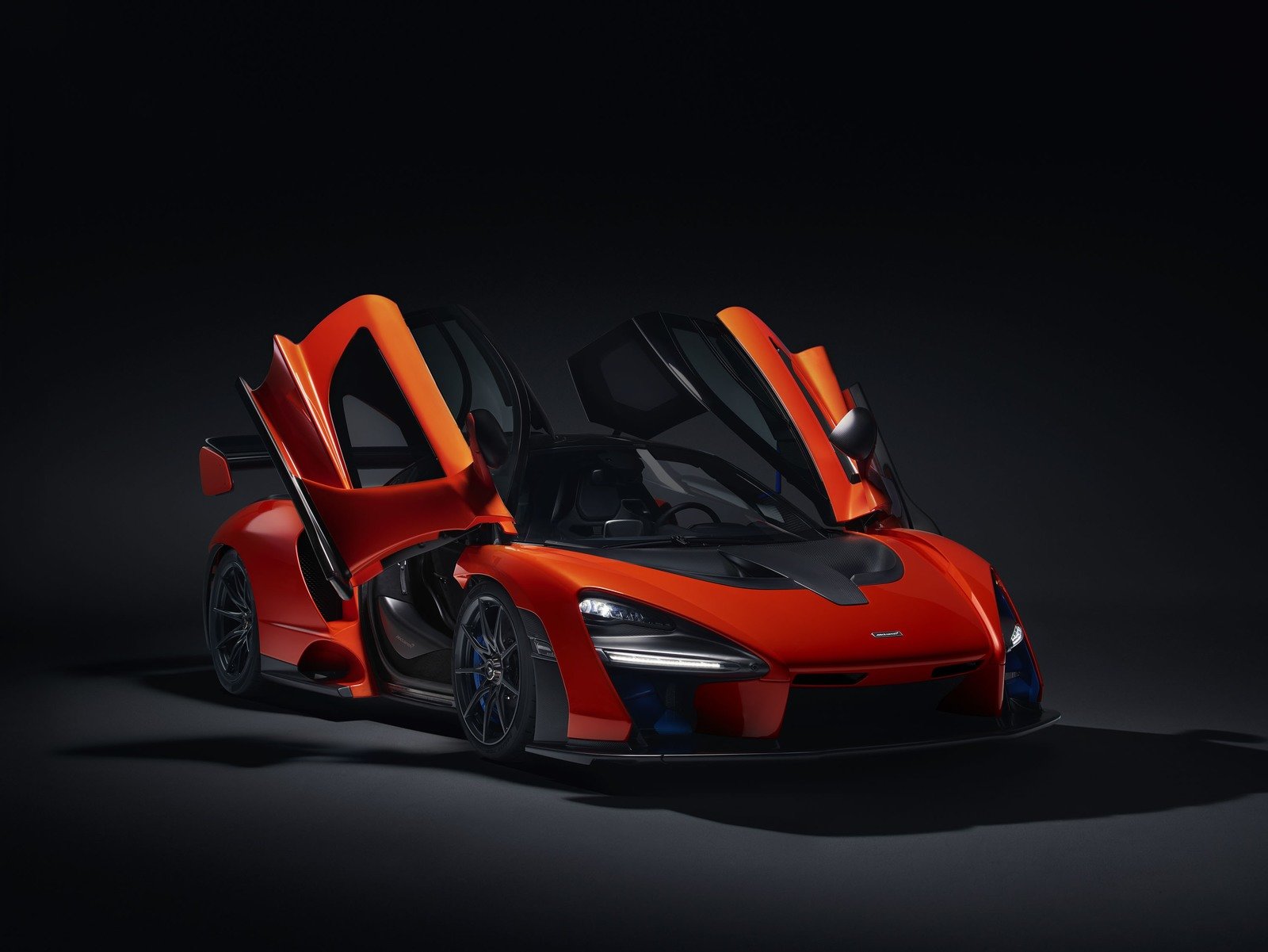 The fenders have massive air exhausts on the back of them, there is a massive fixed wing in the back while the diffuser is much bigger than the one on the 720S. The car also features an interesting rear end design with dual vertical wings, a feature which has been previously seen in LeMans.

Even though this is a lightweight vehicle, it still offers most things a driver would need to be comfortable. There is an air conditioning system on board while the infotainment screen should handle most of the car’s functions. 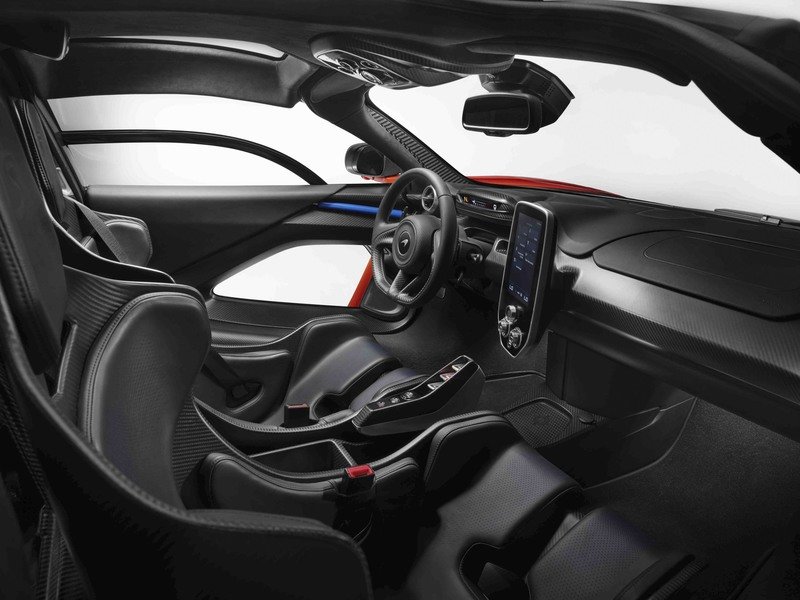 The instrument cluster is just a minimalist digital display while some of the controls have been moved near the rear-view mirror in order to make things less cluttered on the center stack. As expected, the interior is wrapped in carbon fiber and leather and it feels like that of a race-car.

The 2019 McLaren Senna features a 4.0 liter twin-turbocharged V8. This is really similar to the one powering the 720S but not identical. For starters, it provides a rather impressive 789 horsepower and 590 lb-ft of torque and it drives the rear wheels via a dual-clutch automatic. Even though it may not sound all that impressive, the car will only weigh 2641 pounds, 400 less than what the P1 weighs. 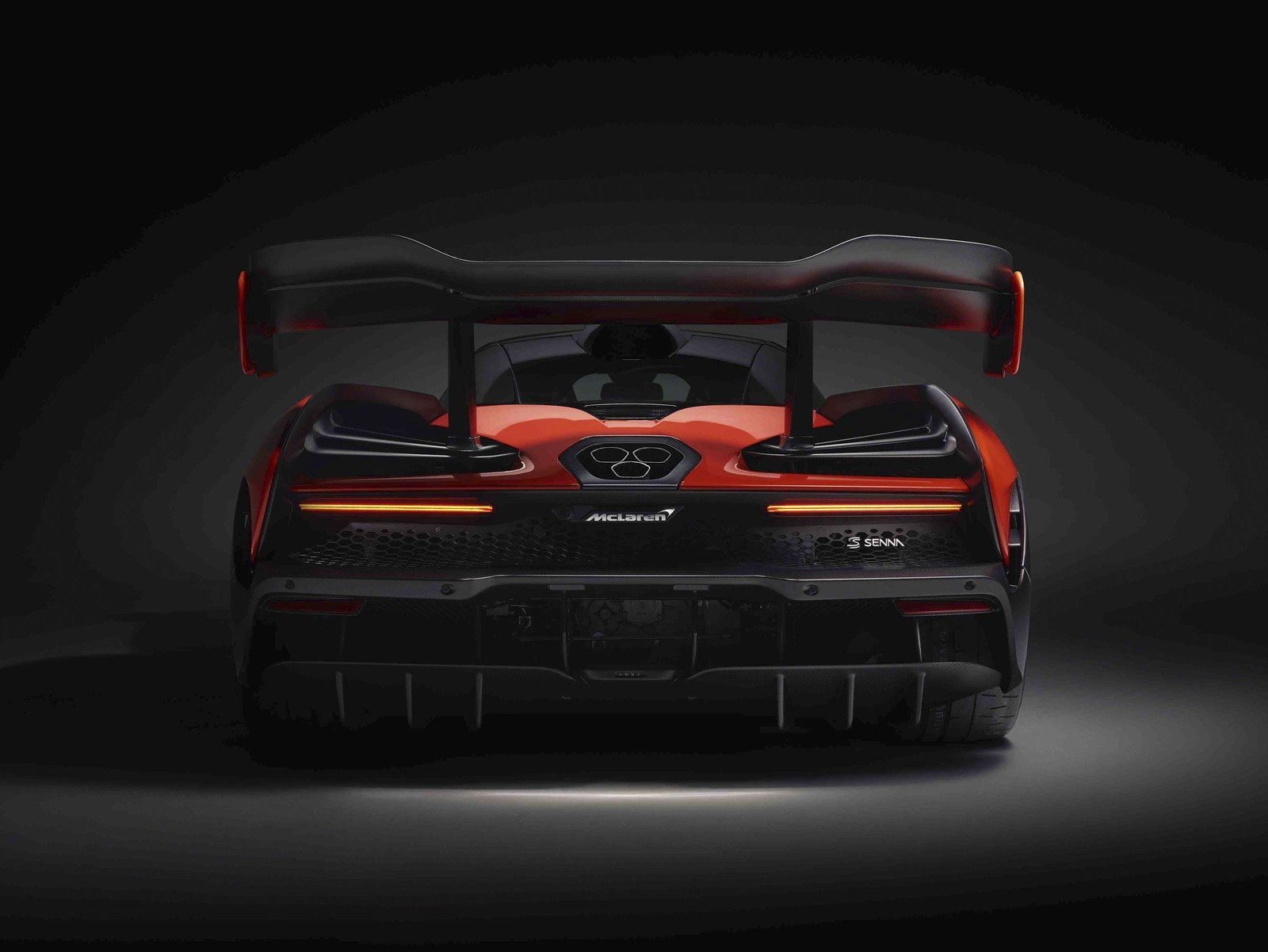 Thanks to that, it is no surprise the Senna managed to outrun the hypercar on most tracks it was tested on. While the official performance figures haven’t been released, it is safe to assume the car will hit 60 MPH in less than 2.6 seconds while having a maximum top speed of around 200 MPH. However, its strongest point will be the massive aerodynamic capability which will allow it to corner at incredible speed, a trait which is otherwise left behind by some other manufacturers.