Aston Martin released an all new architecture with the DB11. Unlike its predecessor, this is lighter, it features a far better running gear and it can provide a far better overall experience. With the new platform it also looks like the manufacturer is ready to release another new model. This is likely going to be the rumored 2019 Aston Martin Vantage Volante. Just like the name suggests, the car is going to be a successor for the current Vantage which has been around for over a decade at this point. However, unlike its predecessor, the new Vantage is going to offer considerably better performance. For starters, it looks like the car will share its modular architecture with the DB11 which is interesting to see. This means it will be relatively lightweight but it also means the wheelbase might increase over that of its predecessor.

With the new platform, the new Vantage Volante should weigh considerably less than its predecessor. Some said the car will weigh in at around 3,500 pounds which would be impressive to say the least. With the new platform the car is also going to provide a new suspension setup. 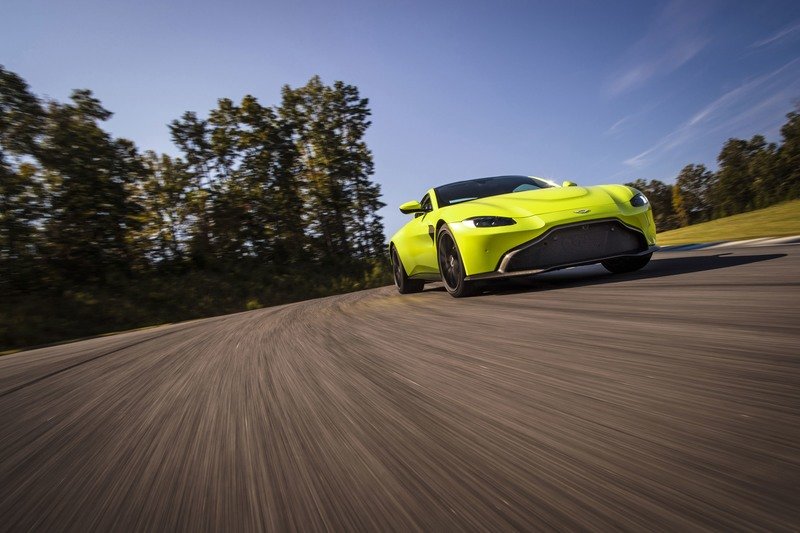 Unlike that in the DB11, the Vantage will be aimed at those looking to drive the car fast. This means the suspension will likely be stiffer in order to make the car as responsive as possible. The drawback for this would be the fact the comfort of its passengers might get affected slightly. Even so, the new 2019 Aston Martin Vantage Volante should still manage to impress.

The regular coupe version of the car hit the US market at a shy under $150,000 which is a considerable amount of money. The convertible Volante on the other hand is more than likely going to cost over that, most likely around $165,000. At the price there will be quite a few rivals which are known to be great driver’s cars without many compromises.

Even though the manufacturer didn’t release any official pictures for the future 2019 Aston Martin Vantage Volante, it is safe to assume what the car is going to look like. For starters, the front end is going to be identical to that of the newly released Vantage. This means the car will get the massive front grille, the relatively large splitter and the DB11-like hood and headlights which not that many people loved. 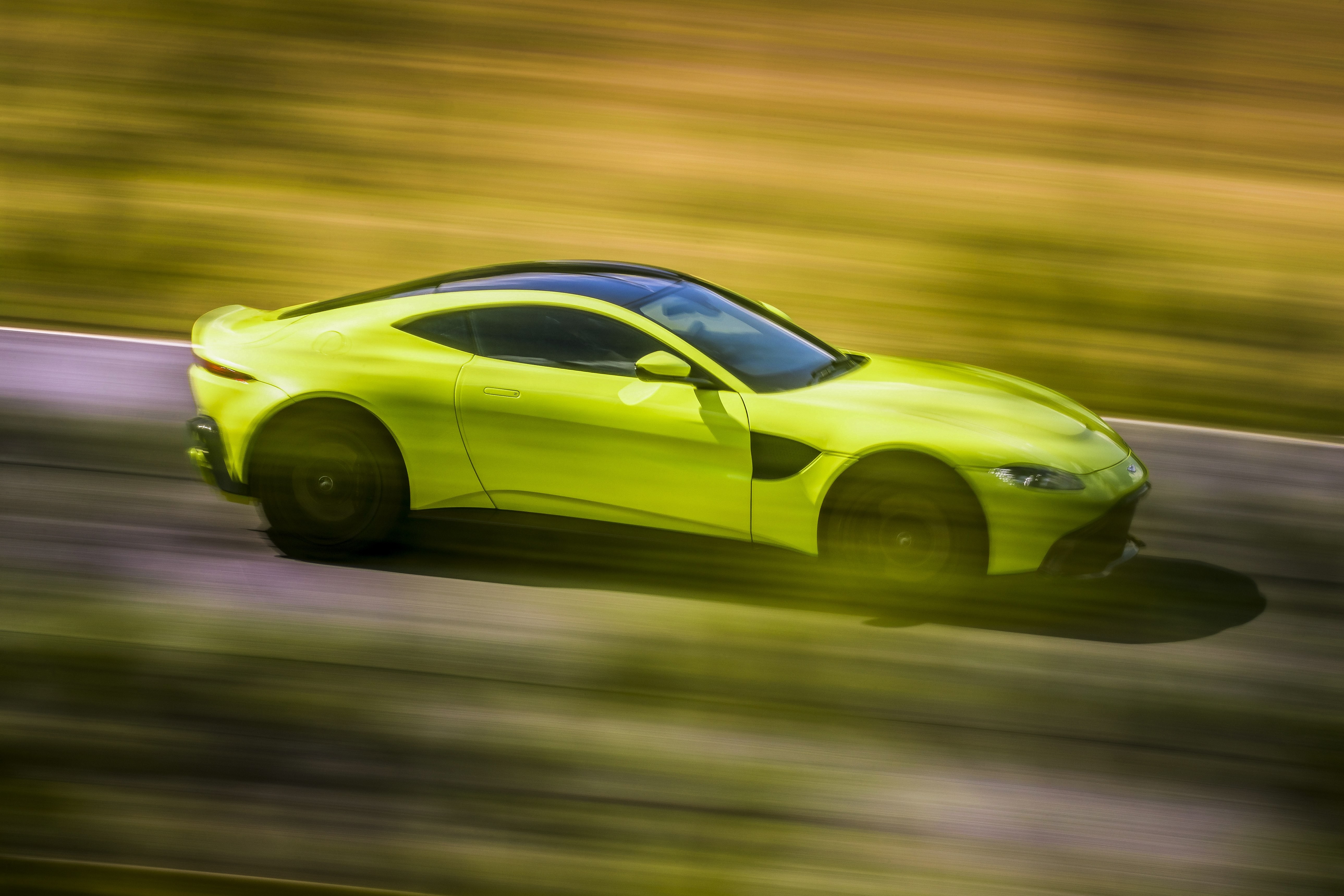 Even so, the car should still manage to impress, especially since it will be a convertible. Despite what some suggested, the new Vantage Volante is not going to use a hard-top. Instead, the car will continue to use a soft-top, just like most of its predecessors before it. This will assure the design remains pure and the car will be as lightweight as possible.

There won’t be any real differences inside the cabin between the coupe and the 2019 Aston Martin Vantage Volante. The car should boast the same dashboard design as the regular coupe which is definitely a step-down from its predecessor. While this is not ideal, we do understand why Aston made this choice. 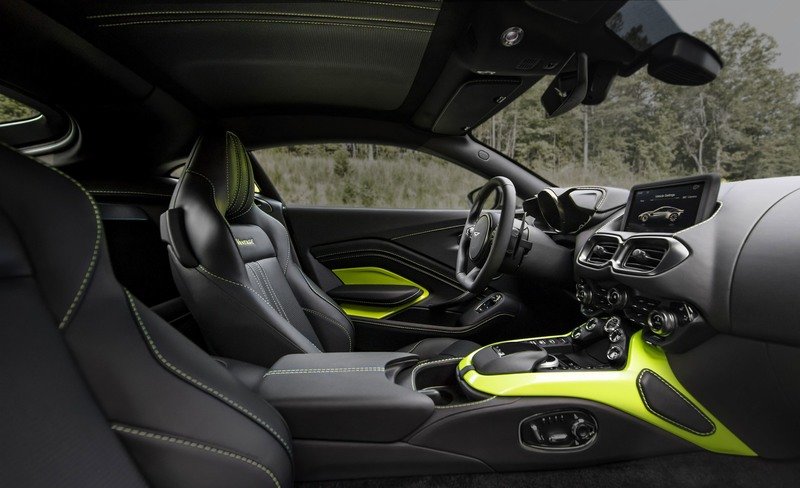 There are more and more young people looking to buy these cars and the older model, or an evolution of it, wouldn’t really suffice. The convertible will continue to offer two highly comfortable seats alongside a rather futuristic design which is definitely going to appeal to some parts of the market.

The base model of the car will feature the same engine as the coupe. This means the Vantage Volante will come equipped with a 4.0 liter twin-turbocharged V8 supplied by AMG. This should give the car around 503 horsepower and 505 lb-ft of torque which is a rather impressive amount for the size. The engine will send all the power to the rear wheels via an automatic gearbox, also supplied by AMG. 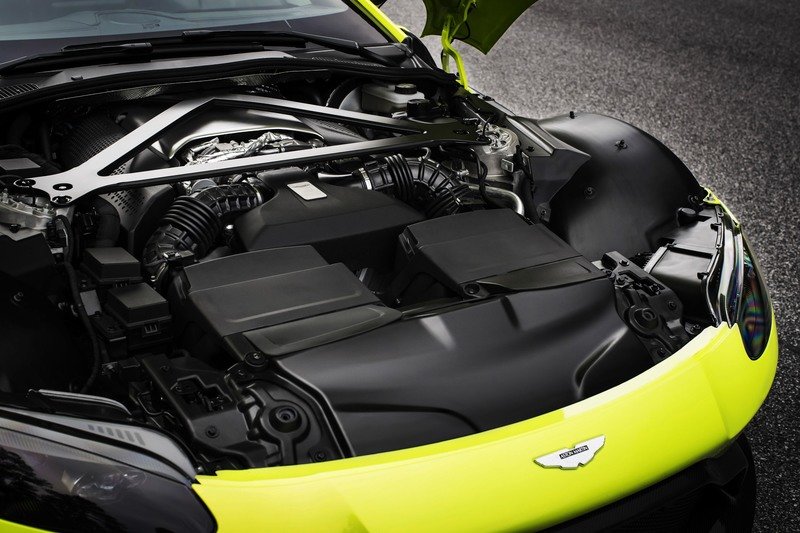 Unlike the coupe, the convertible will likely hit 60 MPH slightly slower, possibly in around 3.8 seconds. Its top speed on the other hand should remain the same 190 MPH as the coupe. While so far there hasn’t been much information on another engine, we are quite sure the car will get a V12 in the near future. This should boast right around 600 horsepower and it should make the Vantage one of the fastest in its class.