When Mazda launched 3 model as a replacement for 323 line in 2003, the huge visual leap was evident. New model stepped out of the world of infinite dullness inside and out, but nothing could have prepared us for the incredible upsurge of quality introduced with the latest model. 2013 was the year when Mazda for the first time managed to stick out from the crowd, or better to put a serious benchmark in the compact segment.

HAUNTED BY THE PAST

Buyers tend to be lenient sometimes, failing to instantly recognize huge effort being made. Mazda3 sales figures in recent years mimic those of the previous model, which was not even closely fun to drive, refined on the inside, efficient, or overall upscaled as this one is. With a bit of luck, enough time has passed for necessary acknowledgment of the progress being made, possibly preparing a good ground for 2019 Mazda3 to shine, not just in comparison tests, but on sales charts too. 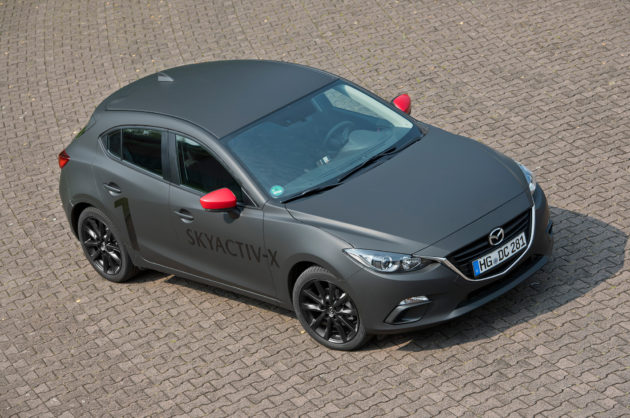 Despite all progress with SkyActiv technology, G-Vectoring and incredible increase of interior refinement, Japanese have no intention of slowing. And when we say big stuff coming our way, we do mean big. Turning world upside-down big! At this moment we have SkyActiv D and G engines, first standing for diesel, later for petrol units. Fine. But now, a new generation of Mazda3 prepares to bring an X to the party. And the X would be… It’s hard to put it into one sentence actually. 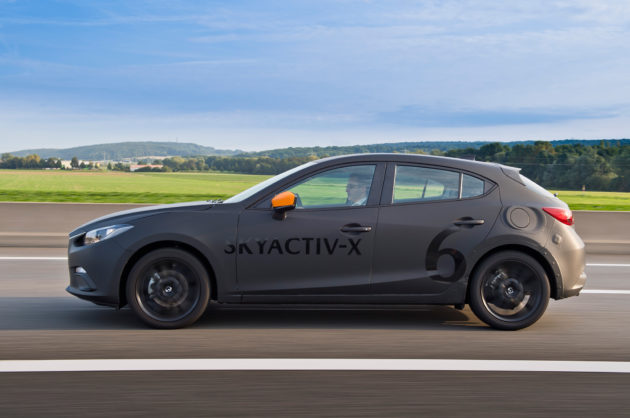 We already knew that Japanese are working hard on the development of HCCI engine, which also amazed others in the past (Mercedes, GM, Ford…), but all dropped the story due to the complexity. Well, Mazda persevered and actual street use of the thing becomes reality. So, what’s the deal here? Future X or HCCI engine is both petrol and diesel unit if we take combustion process as the main distinction between them since it will still use petrol as its food. 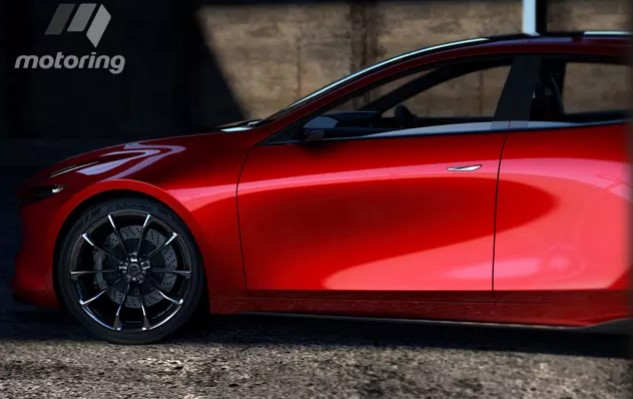 In that line, diesel relies on compression ignition, thus lack of spark plugs, while petrol needs those in order to make some explosive statements. X stuff will have plugs, but they will be able to rest from time to time. What it means is, whenever engine can achieve combustion on itself it will leave sparks alone, when it can’t, it will force them to work. End result? Petrol engine’s upper rev range and power figures, diesel engine’s torque and fuel efficiency. Or best out of both worlds. 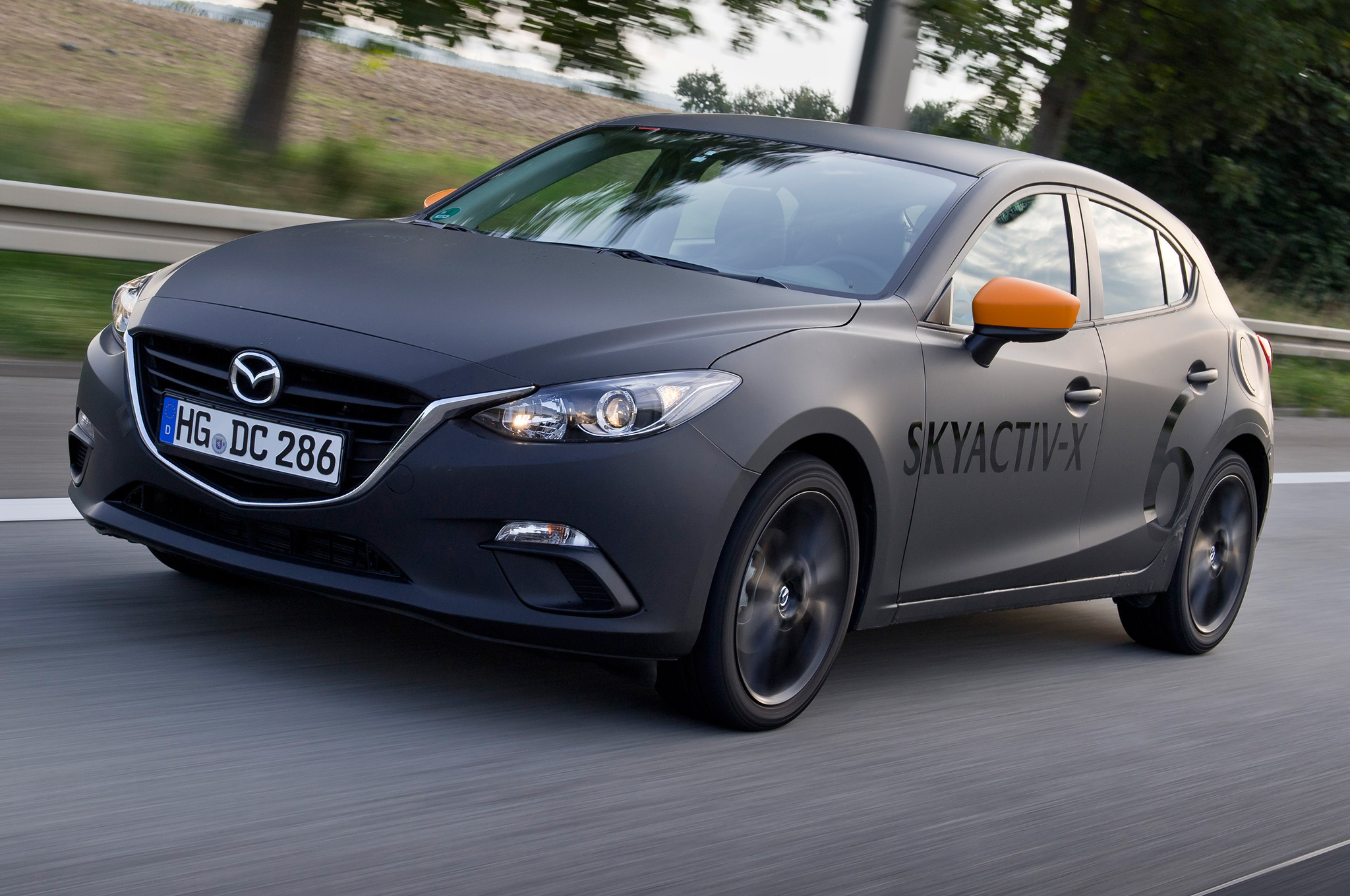 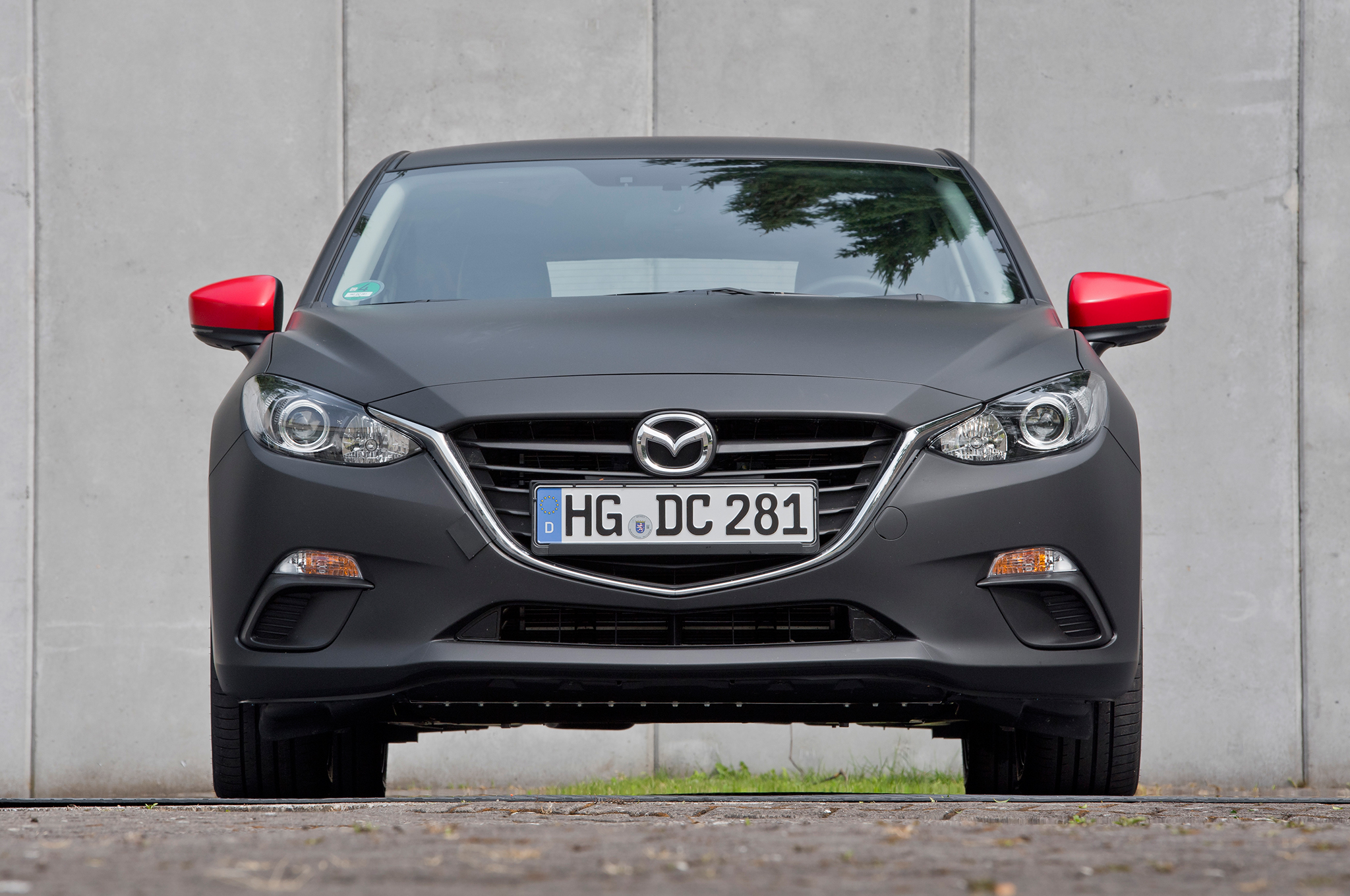 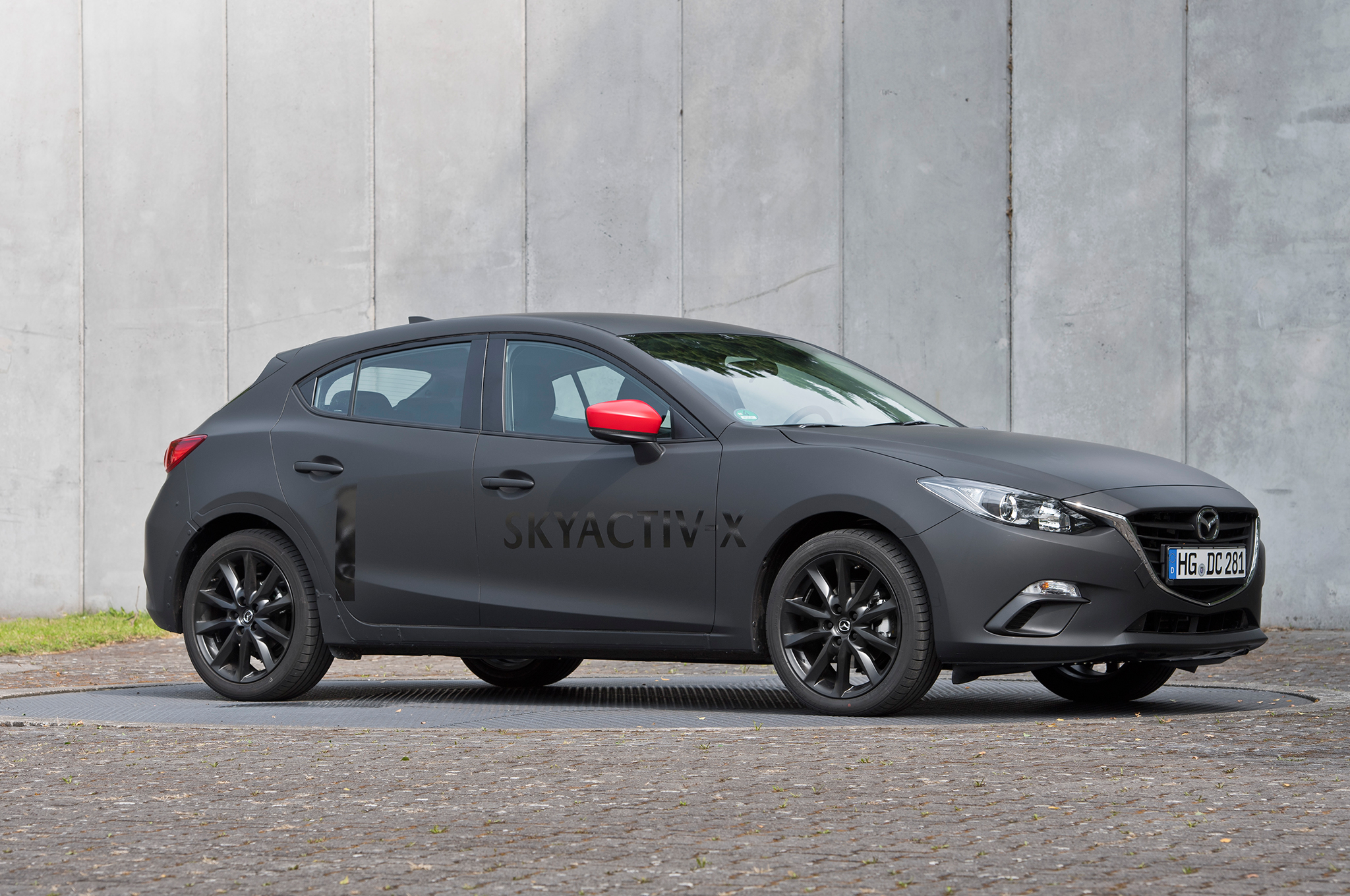 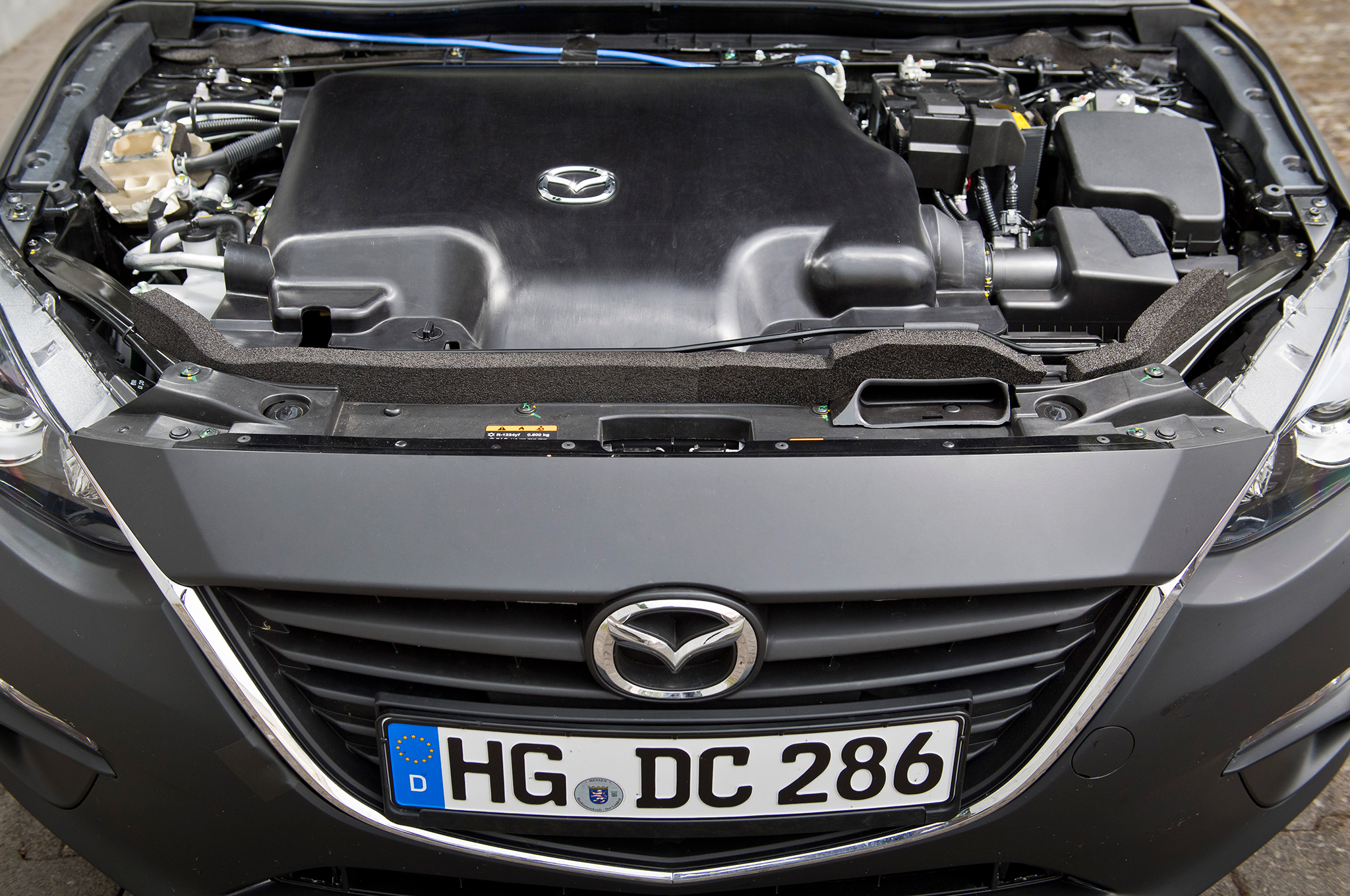 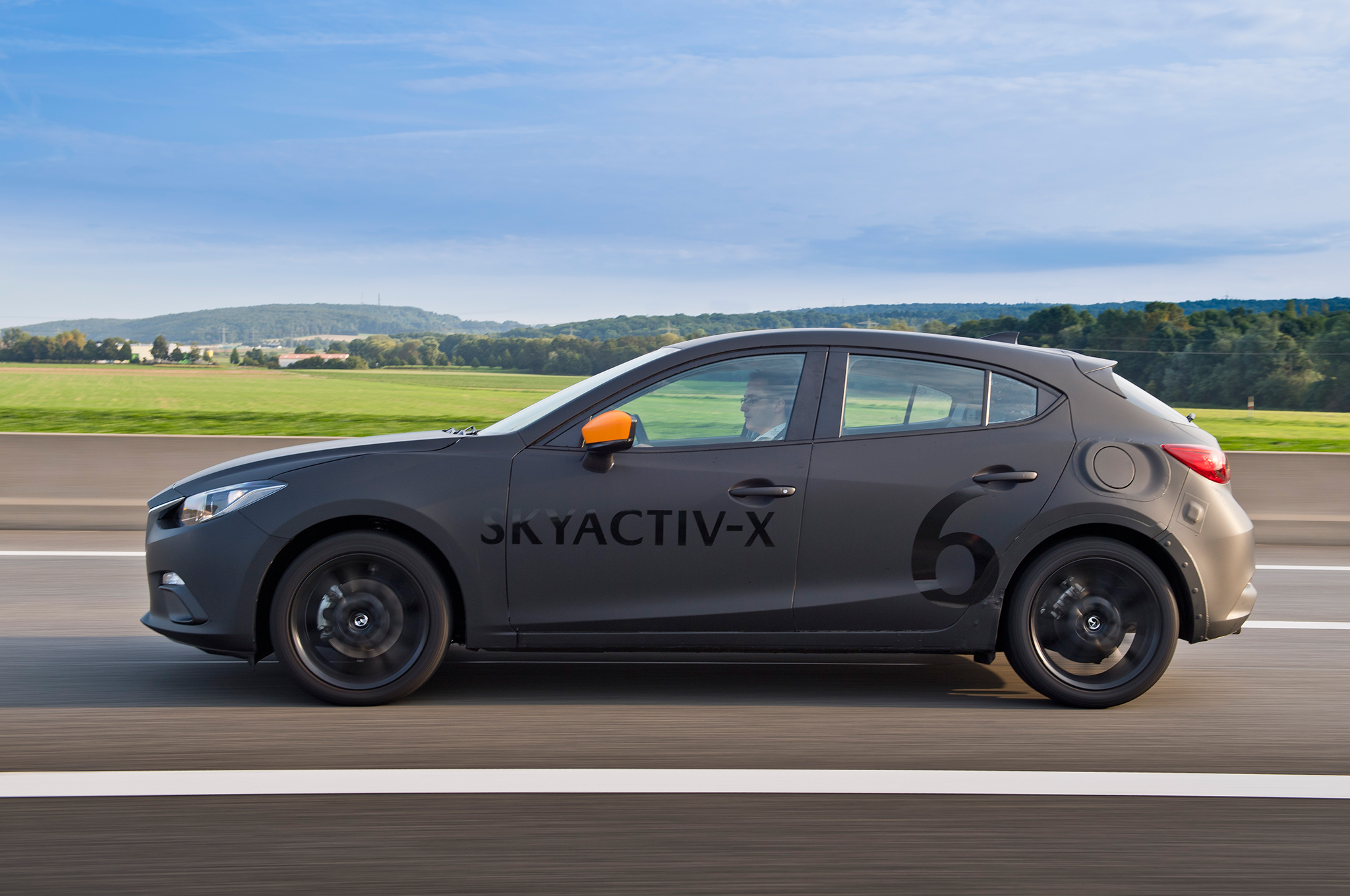 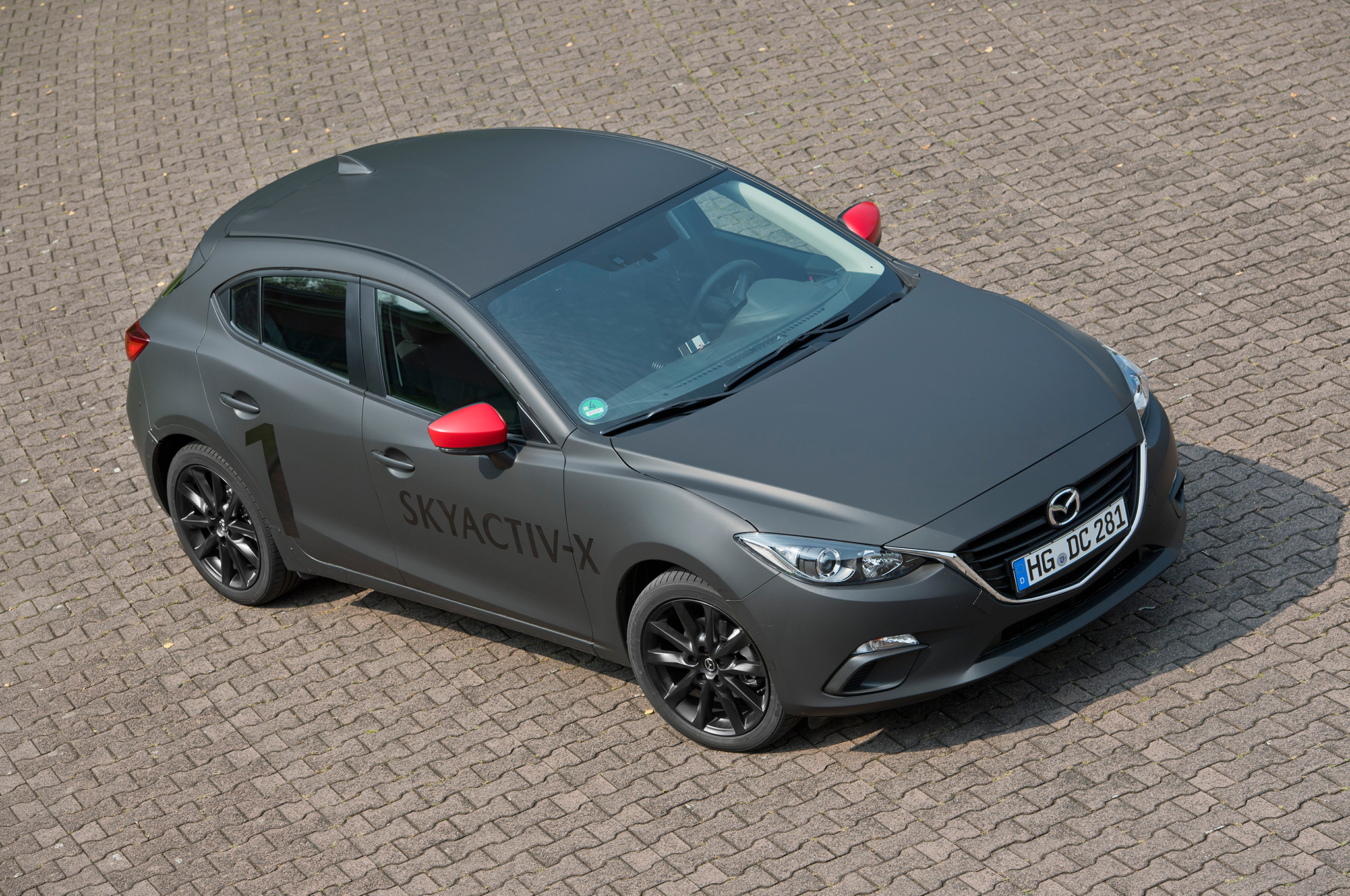 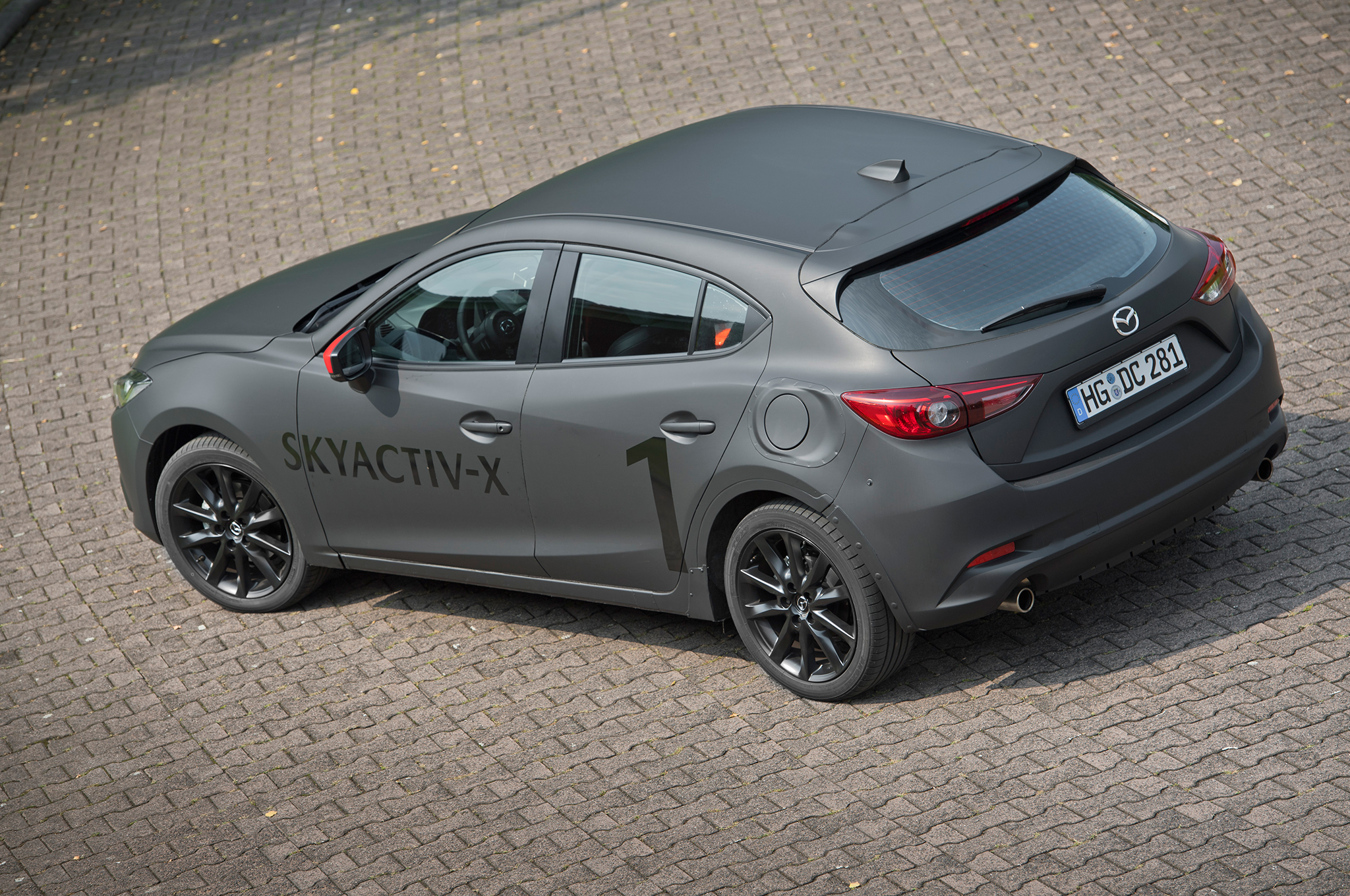 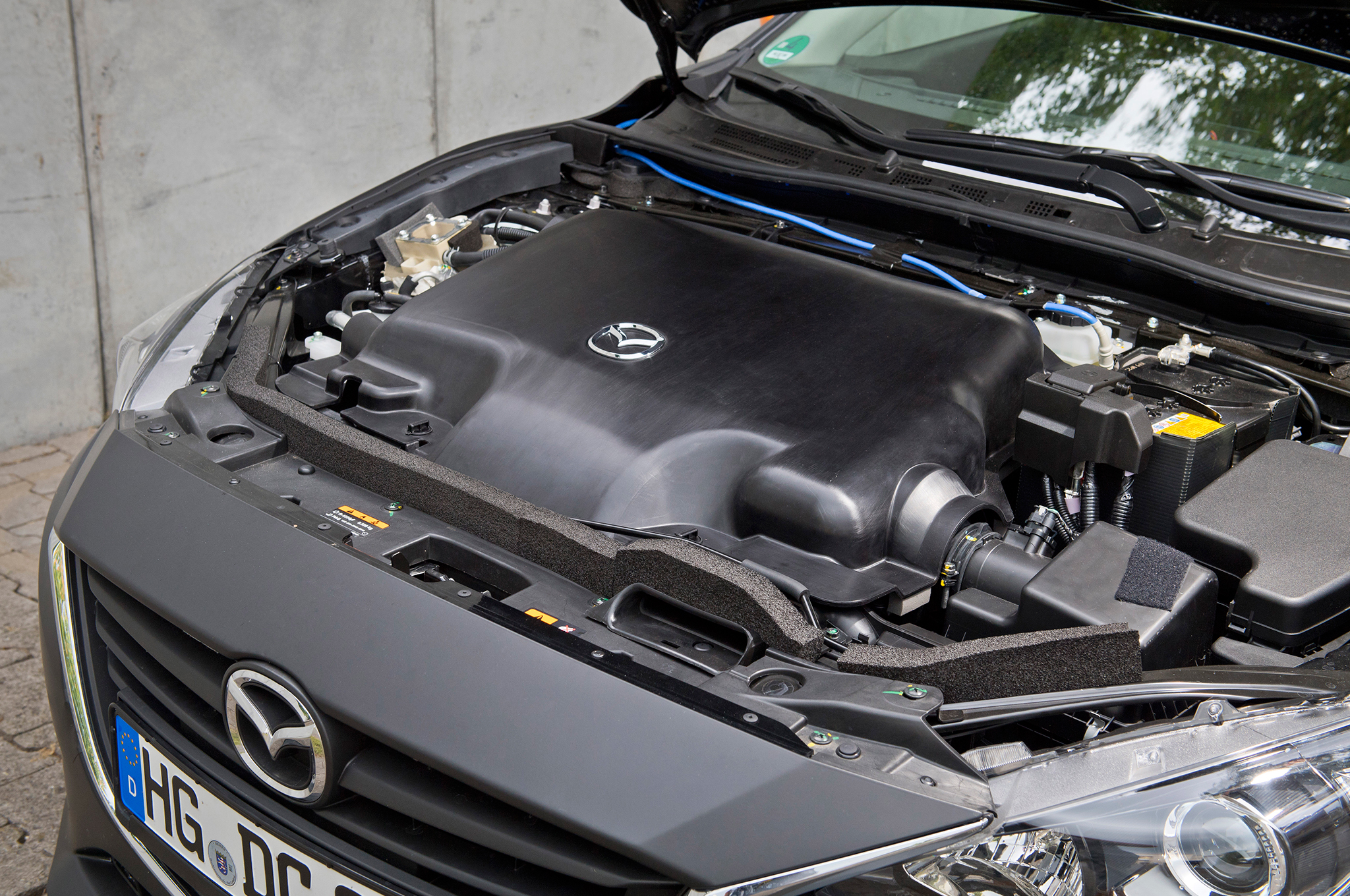 Spy shots appeared of test mules roaming the streets with SkyActiv-X sign on the side, but sadly, they are not telling anything else, besides the glorious new engine, as the mule is actually a pre-facelift version of the current model. Meaning it’s too early to speculate about upcoming appearance, but anyway we wouldn’t doubt in Mazda’s continuous progress of elegant side of its products. 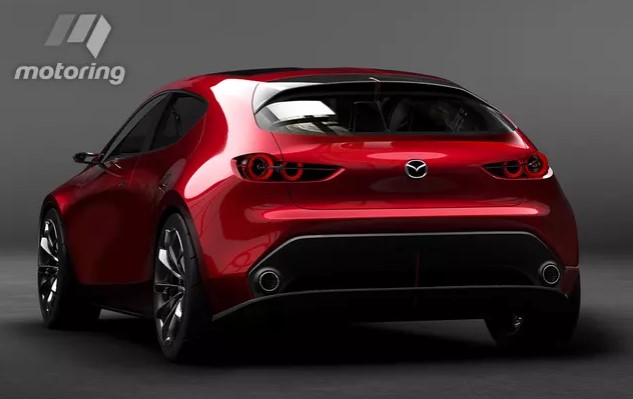 We also don’t question future interior appointments which could only go deeper toward the premium part of the story. Also, despite car maker in question was rather reluctant toward electrification in the past, the arrival of the hybrid model is also expected, maybe even pure EV joins later. Expect 2019 Mazda3 to debut during next year, while in the mean time upcoming Motor Show in Tokyo in October should amuse us with concept previewing the whole deal.