There is something very charming about mini SUVs. Surely they are not trying to fool anyone about their off-road credentials or practicality but slightly elevated, plump bodies squeezed within subcompact size frame, bare certain those of cuteness. And funkiness. And trendiness. Despite featuring relatively high price compared to offered practicality, buyers tend to buy them from both sides of the pond. Result? The segment is packed, and new rivals just keep coming. Mazda revealed its view of subcompact crossover at the very end of 2014 and it just gifted it with some technological nip and tuck, to keep it fresh and ready for all those old and new contenders.

So, the model year 2018 brings some new and neat stuff for CX3. We are here to witness the introduction of Smart City Brake Support or automated emergency braking, but note that it only works with speeds up to 19 mph. Basically, it helps with not bumping into a car in front of you in stop and go traffic and relatively during city driving as long as you don’t cross that (low) speed line. If you are not satisfied with that, you can opt for $1435 Premium package, but only with top Grand touring models, which brings adaptive cruise control with automated braking working at high speeds, along with lane-departure warning and automatic high-beam headlights.

The same package also brings some hedonistic stuff as electrically powered driver’s seat able of memorizing positions and steering wheel capable of heating itself. Other novelty stuff is G-Vectoring Control, found also in other Mazda models, which cut torque during cornering thus transferring weight load up front improving grip and steering response. Besides that, the suspension is revised, head-up display too and extra sound deadening is implemented.

Don’t look for any design changes on the outside of 2018 Mazda CX-3 as there are no any. Fine by us. Kodo styling language works very well on Mazdas and this is no exception. Elegant, passionate, dynamic, while also being cute. 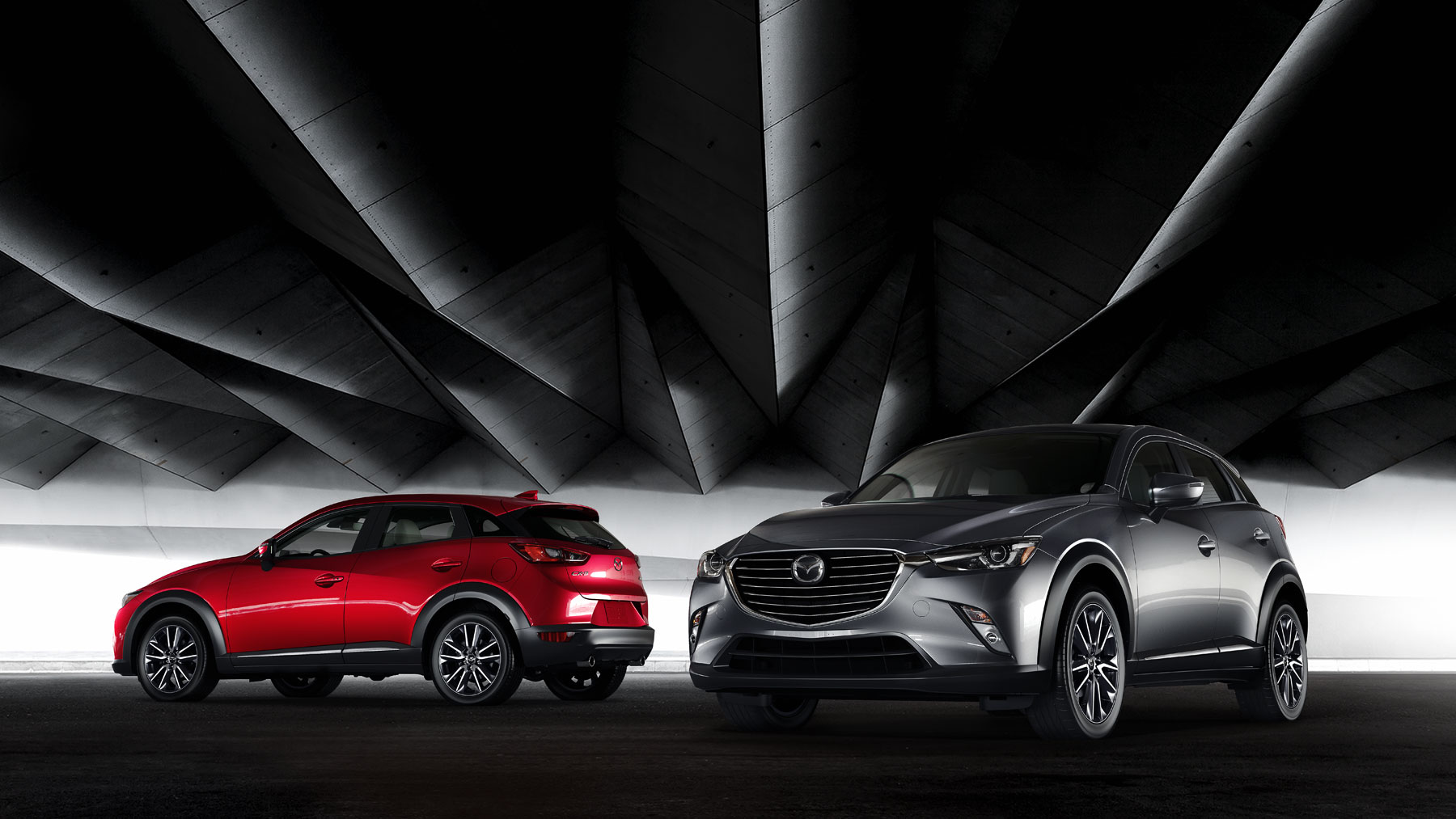 It hit the right spots and if Japanese are not yet ready to inject some botox we won’t hold a grudge. Same goes for the interior, but here there is actually an innovation in form of the new steering wheel design. Everything else is the same, the cabin still features class leading fit and finish, along with upscale materials, but it also remains smallest in the segment for rear passengers and cargo. 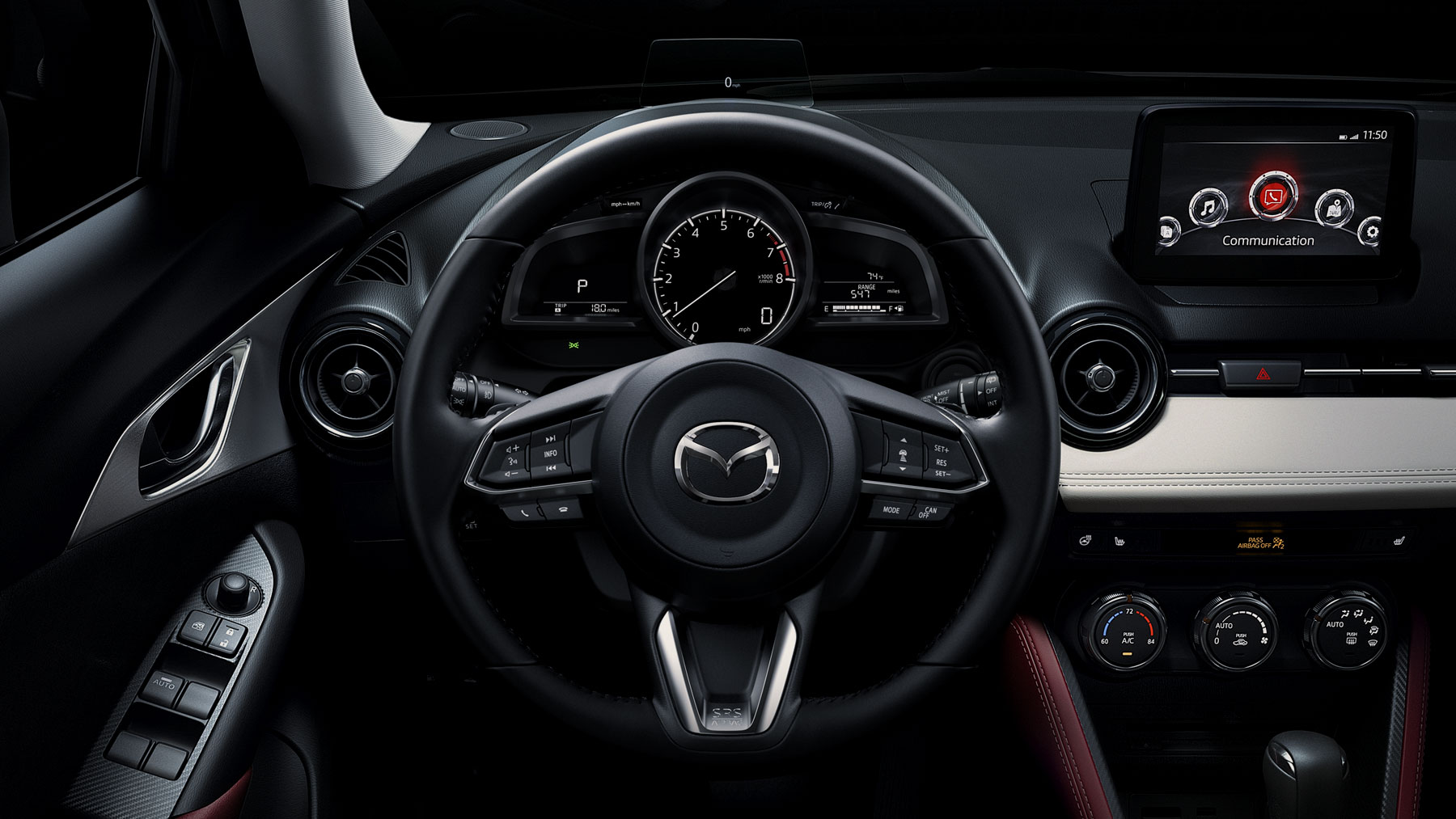 7-inch infotainment screen is intuitive and it can be controlled both by touch and knob, but it is also slow and it lacks Apple CarPlay and Android Auto. Mixed bag in total, yet that refinement is kind of intoxicating, capable of making you forget all those shortcomings.

Nothing changed under the hood. There is only one engine option, depicted in non-turbo Atkinson capable 2.0-liter L4 delivering 146 hp and 146 lb-ft of torque mated to a six-speed automatic transmission. Power goes to the front wheels or in case you have extra $1250 it could go to all of them. 0-60 time of 8.1 seconds is decent, beaten by Soul Turbo and Juke, while all others are left behind. What is not just decent is driving pleasure and fuel efficiency. CX-3 is by far best choice in the segment if you are into some driving fun, and mentioned tweaking of suspension and introduction of G-Vectoring should elevate things even higher, while mpg figures (31 combined) reside at top of the efficiency charts.

2018 Mazda CX-3 arrives at dealer’s lots during this month with a just modest price bump of $150 raising starting point to $20,110. Mid level Touring trim is $22,125, while highest Grand Touring asks for $25,165. In total, this refresh hasn’t changed much in overall feel. It’s not perfect, yet it’s definitely one the best offerings in its class. If you yearn for curvy roads, then it comes as mandatory.