Trucks are rather old technology at this point. Most of them are based on regular steel frames and they tend to use low-speed diesel engines. However, not that long ago Tesla made a breakthrough. They just revealed the all new 2019 Tesla Semi. So far Elon said quite a few interesting things about the truck and it is shaping up to be one of the most competitive products we have seen in a while. For starters, Tesla will build the truck in accordance to the latest emissions regulations. On top of that, they aim to become the most efficient manufacturer on the market. In order to do that, the Tesla Semi doesn’t use a diesel engine. Instead, just like with their cars, the truck uses an all electric drivetrain. This allows the Semi to have some rather incredible performance but more on that a bit later.

Just like with most other trucks on the road, the Semi still uses a regular high strength steel frame. However, instead of having a steel body, it looks like Tesla used both aluminum and steel. 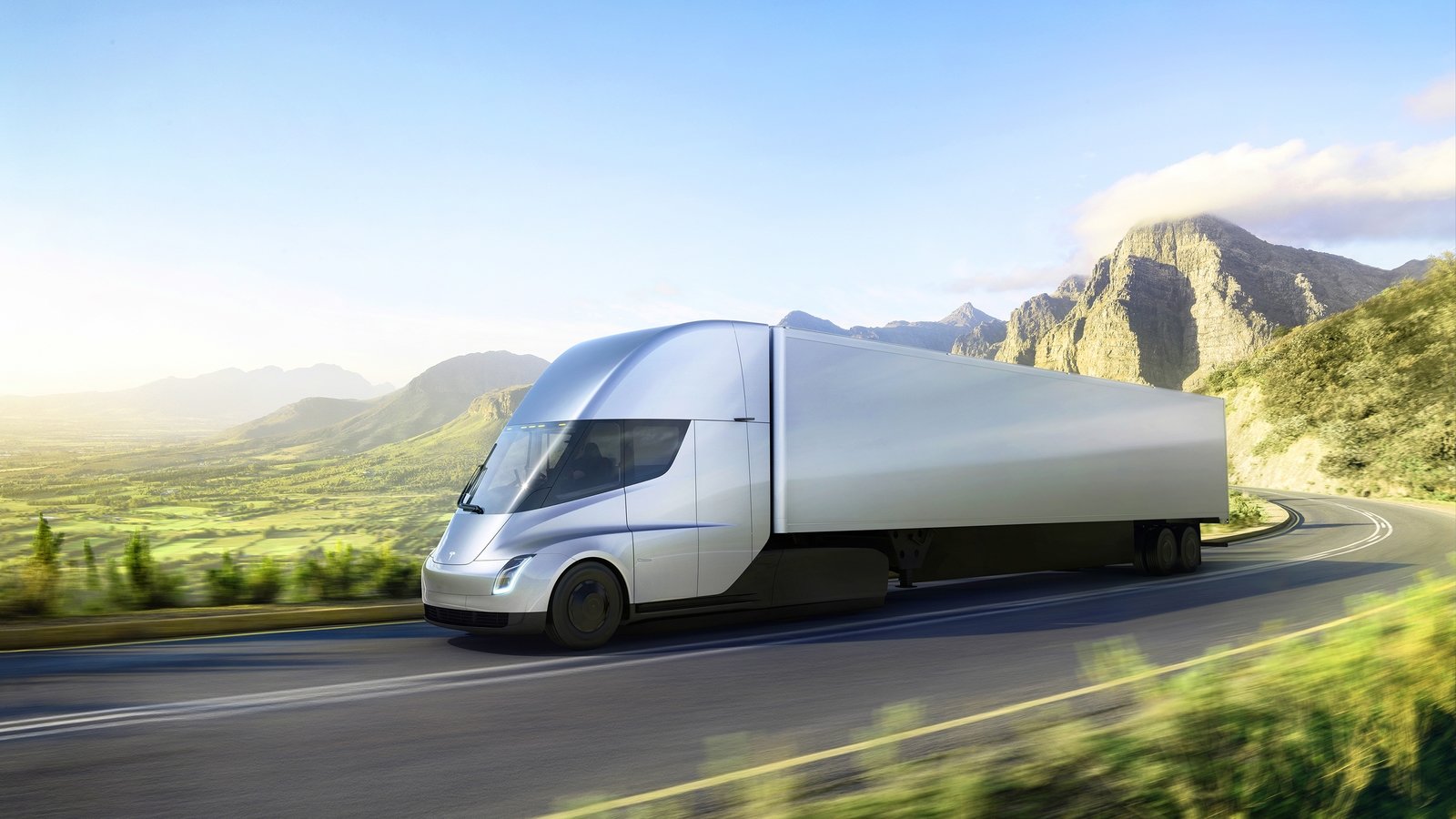 The end result is a lighter package which allows for better performance than otherwise. They also decided to stick with just two different options but this will likely change in the future.

They already revealed the 2019 Tesla Semi a couple of weeks back. However, Tesla didn’t say all that much about its actual production date. It looks like they will start deliveries around 2019 which should give them plenty of time to solve any problems that may arise. The price is a bit more interesting. Tesla announced that there will be two versions at launch. The 300 miles of range version of the truck will cost $150,000 while the 500 miles range model will cost $180,000. This is incredibly close to most other regular diesel-powered trucks. The huge benefit would be the massive fuel savings. Tesla said a contractor could save up to $200,000 in fuel bills alone during the lifetime of the truck.

The design of Tesla Semi

This is far less important in a truck than in a car. However, even so, Tesla worked quite a bit in order to give the Semi a really pretty cabin. For starters, the front end is nothing like that of a regular truck. Instead, the 2019 Tesla Semi looks a lot more like a high speed train. 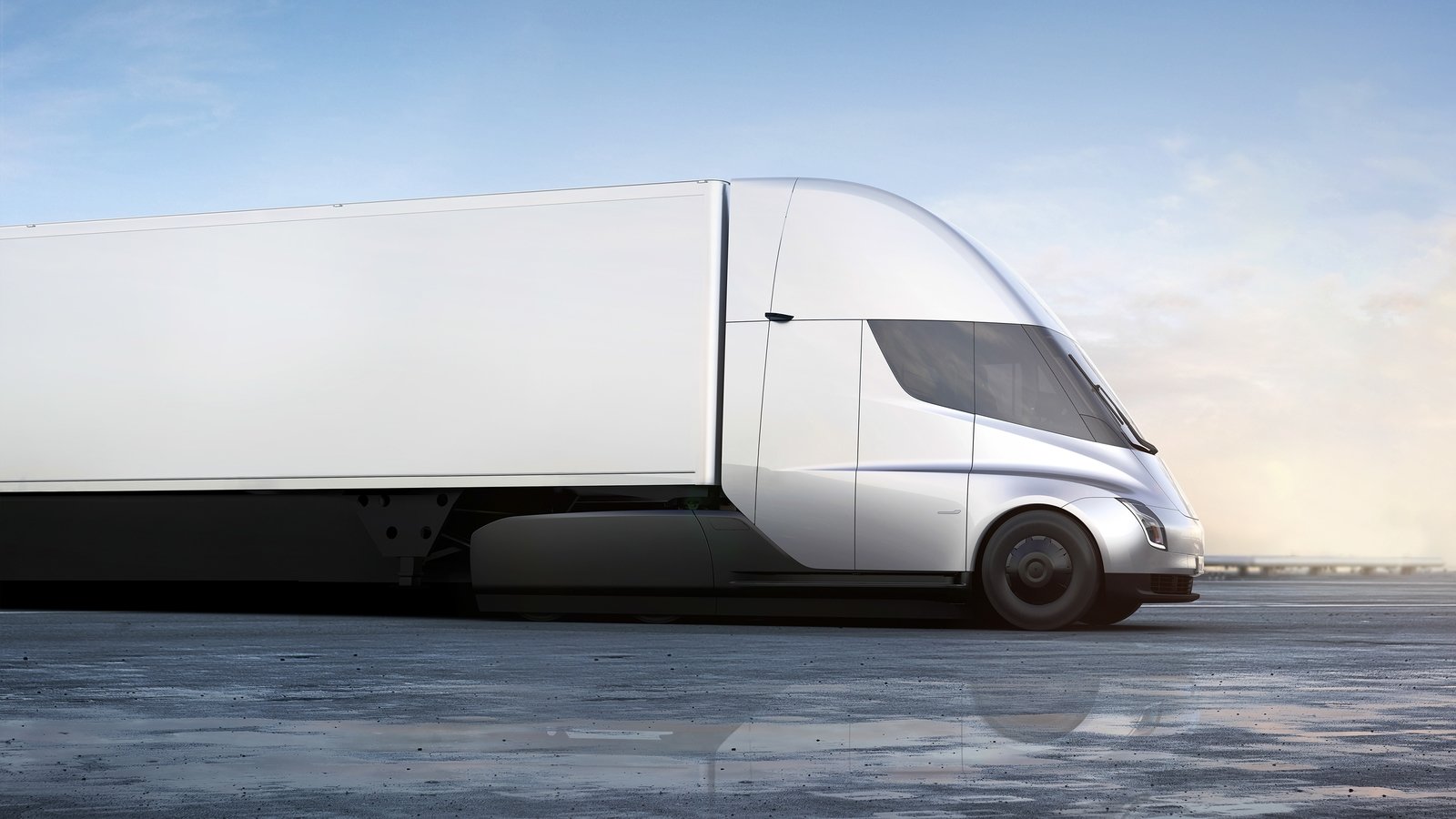 There is a huge windscreen, there are no visible grilles and the aerodynamic shape makes it look like a much faster vehicle. Unlike most other trucks, the cabin has a center-seat, meaning the driver is in the perfect position at all times.

The center seat is definitely unusual and there has been some criticism already. Even so, the Semi managed to impress quite a few people as well. The instrument cluster is quite basic but the driver has to his disposal two massive touch-screens as well as a really unique steering wheel. 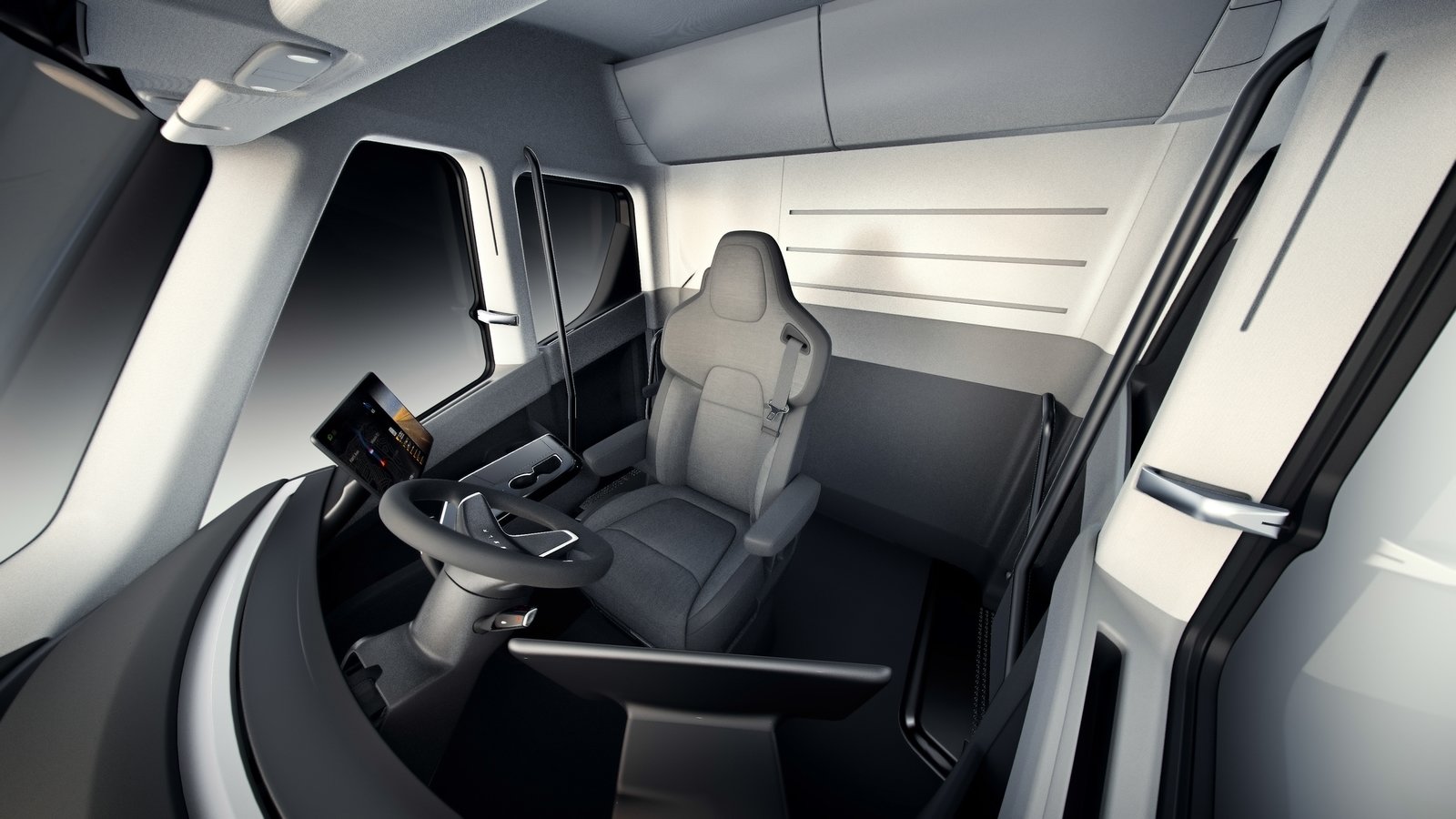 The seat seems to be mounted on air-cushions while behind the seat there is a rest area. Thanks to these, the Semi should easily compete with most other trucks out there. The only real drawback we see here is the lack of space but this may change by the time they will release the 2019 Tesla Semi.

A regular diesel truck usually has a large diesel engine offering somewhere around 400 to 600 horsepower and up to 1,500 lb-ft of torque. Well, the Semi boasts 4 independent electric motors. The total horsepower number is still unknown but Elon said the truck will make in excess of 7,000 lb-ft of torque. This massive amount of torque will allow the truck to hit 60 MPH, when empty, in just 5.0 seconds. On top of that, it will give the truck a cruising speed of 70 MPH with ease. When fully loaded, the truck will hit 60 MPH in just 20.0 seconds which is considerably better than any of its competitors. Tesla said the range of the truck when fully loaded will be up to 500 miles. It also looks like a full charge will take around 30 to 50 minutes which is quite good considering the size of the batter installed in the truck. The only real drawback we see now is the long-distance capability of the truck but this will likely improve in the future.