Despite overall conservatism, there were a few times when Porsche’s moves shocked the public. Some of those actions were scandalous only to the “excessively hearted” brand’s enthusiasts, like an introduction of water cooling for 996 Carrera model or employment of presently ubiquitous turbocharging for non-Turbo models starting with latest 991.2 version. Yet, some activities were indeed jaw-dropping in every sense (positive and negative), as in case of brutal 959 and 918 Spyder, both the fastest street-legal cars of their time or in case of the first Cayenne posing as an icebreaker for sporty brands with SUV tendencies. Porsche Mission E might be one more of those, given that no major supercar maker sailed completely in full electric waters yet. We said “major”, didn’t we? So that eliminates Rimac, Nio, Vanda and similar ventures.

Mission E Concept was revealed two years ago, showing a clear intention of Porsche’s to dive into the pure and uncompromised electric world, after several successful attempts at hybrid technology. Large, but incredibly slender and seductive looking four-door coupe has clear intention of messing up Model S’s sales numbers and hopefully its performance ones too. 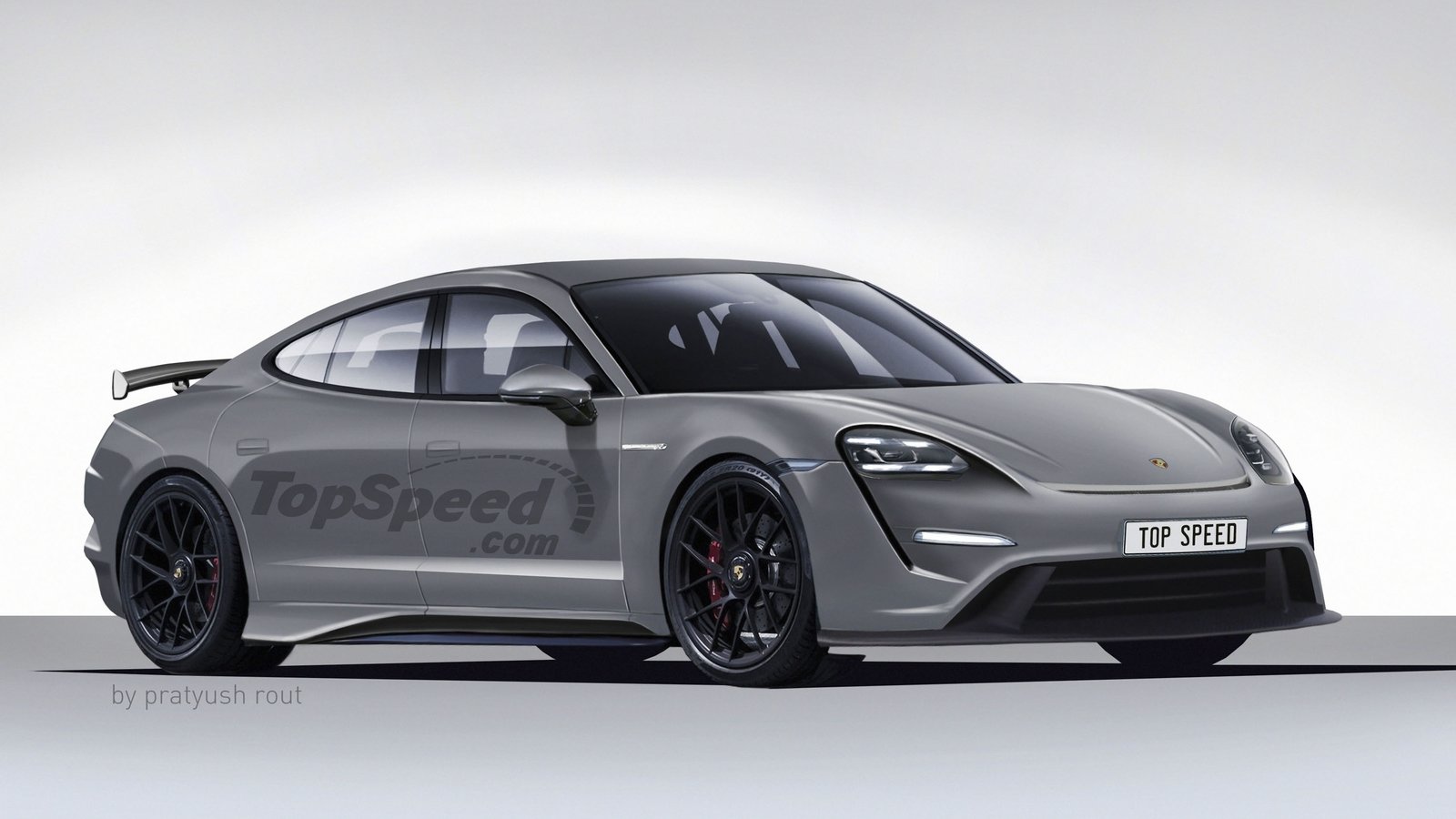 And with utmost euphoria, we would like to note that spy shots of test mules indeed look promising as far as exterior visuals go. With an estimated starting price of $85k, it would sit above mentioned Tesla by quite a margin, but in return, it will introduce German build quality and refinement in higher echelons of the all-electric automotive world, so fine by us…

And we’ll tell you why. The concept has two electric motors capable of buzzing for 310 miles constantly, which will probably follow through while draining juice from battery pack capable of charging 80% of itself in unbelievable 15 minutes, which we beg to materialize with the production version. But, what’s doesn’t stack here are other spec’s pieces. Concept boosts 600 hp and takes the trip to 60 mph in 3.5 seconds.

WHAT’S WITH THAT GTS PART?

Giving that majority of Porsche’s products share the same strategy for their internal lineup, and keeping in mind omnipresence of GTS trim, we might not be foolish too much to expect future Mission E or whatever its production name will be, to be adorned with one. If it does, it could bring as usual some unique styling bits, mostly darkened, moderately more beef from AC motors (compared to S letter offering) and a bunch of performance-oriented optional equipment bundled in its base price.

For us, sweet spot GTS is always welcomed with its extra dose of visual character and very wise pricing strategy, but giving that only Stuttgart specimen lacking in those letters is Panamera, do raise some doubts. Why? Because Mission E will basically be more handsome Panamera powered by “Tesla’s invention”. Not that Tesla, we meant famous scientist, and we do know that it’s not his invention, but that previous sentence just sounded good, so it stays.

If 2023 Porsche Mission E GTS actually does happen, it could arrive, let’s say, a year after regular version debut, which would be the year 2023. GTS always comes at a price, yet a very reasonable one, and if we take that, above mentioned, (estimated) starting ground, this version could circle around $115k. That’s the figure that you get when you try to put it in correlation with similarly priced 911, but let’s first wait and see whether the Germans plan to offer 2023 Porsche Mission E GTS at all.