World of the SUVs is definitely not what it used to be. Besides the fact that these elevated boxes started borrowing car underpinnings, it seems that lately they also started stealing car figures. Or hypercar figures! You see, in not so distant past, 600 hp was honestly a hypercar figure. Now you may get one in Bentayga, even a bit more in AMG G65, and a whole lot more in berserk Trackhawk. Same as that stuff taught us that SUV can handle ridiculous power figures, other things educated us that they can also corner. And corner in a good way. Those lessons were best preached by Cayenne and a new one is here. So, 2019 Porsche Cayenne just came to address the power battle and sermonize a “little” bit more about handling. Or a lot.

It seems that Porsche’s engineers never sleep (unlike the designers, cough…). Each new model is so progressively better to lap than the last one, that brand itself makes its own models appear quickly obsolete. Same enthusiasm exists about prosperity even in case of SUVs and new Cayenne has plenty of novelties to tell. We have a new platform, one used in Bentayga and Q7, which brought down weight by 143 pounds. But that is not all as the new platform also brought higher voltage electricity (48V) and active sway bars, same as one in Bentley’s 4×4 behemoth. 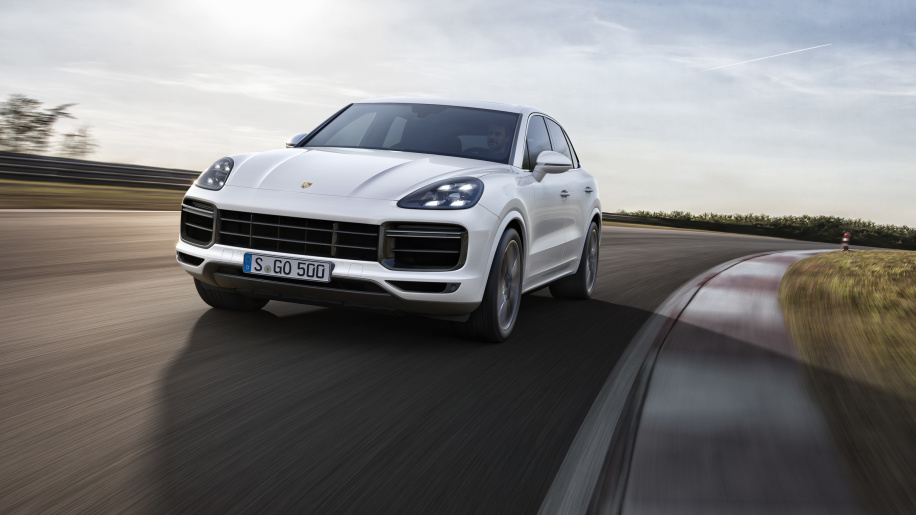 We should also mention that new Cayenne can steer with rear wheels also, that tire’s setup is actually staggered and that it has world’s first tungsten-carbide coated brake rotors. They better perform than regular discs, also improving performance and eliminating brake dust. Still, carbon-ceramics remain one step above and stay as a pricier option. At the end, suspension wizardry done to latest Panamera is finding its home here also, so this is going to be a long sermon for all rivals out here.

Exactly whole engine lineup is brand new. Naturally aspirated 3.6-liter V6 is exchanged for twin-turbo 3.0-liter V6 in case of the base model, while S version how has 2.9-liter twin-turbo V6 instead of mentioned 3.6-liter, but which also had two turbos in case of this version. Standard version gains 40 hp which dropped acceleration time to 5.8 seconds (1,5 seconds less), while S version gain 20 hp more. Turbo version ditched old twin-turbo 4.8-liter V8 and settled with new 4.0-liter V8 again with two turbos. Power is up 30 hp to 550 horsepower and 567 lb-ft of torque, while 0-60 mph time is at 3.9 seconds or even 3.7 with Sport Chrono package. Figures are down from previous 4.5 seconds and are in predecessors Turbo S realm. So, expect even more amazing numerals when Turbo S debuts and anticipate 600 hp border to be touched or breached. But guess what? That’s not enough according to Porsche, so same 680 hp powertrain from Panamera’s Turbo S E-Hybrid, will arrive in future besides lesser hybrid model and GTS model. Naturally, Europe will also have turbocharged 3.0 and 4.0-liter diesel options.

When the second generation of Cayenne debuted it was still plumped a bit, but also plumped in a right way with curvaceous and emotional surfaces. Face lift brought a slightly more serious approach, losing some of that spontaneous visual spirit and getting a bit stern. New one pushed even further. Fascia tends to appear even “robotic” in case of new Turbo model due to its intakes, and totally blacked out lights are not according to everybody’s taste. 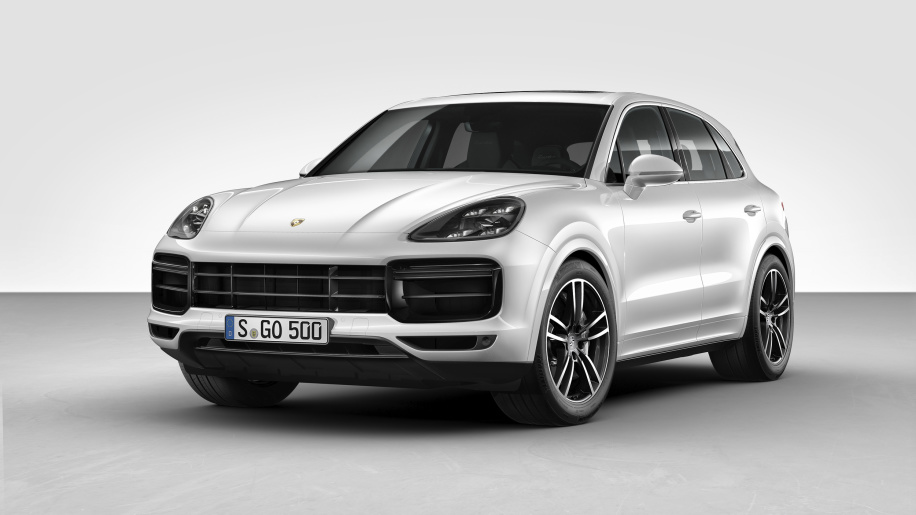 Changes are only in the domain of nip and tuck, but they do erode additionally passionate warmth of pre-refreshed predecessor. At least, large light bar borrowed from Panamera, posing as rear lights cause the tail to appear more sculptured. As for the interior, it is heavily modernized. Lower console is more touch oriented, losing all those buttons, while above dominates 12.3-inch infotainment screen, all with once again visible Panamera’s influence. 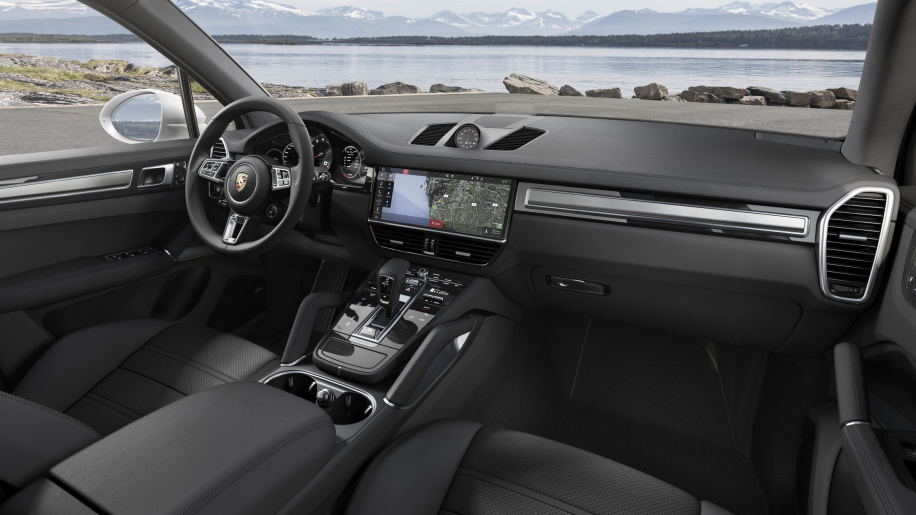 Visually, everything looks more angular and squared out, and it invokes mixed feelings of unpleasant austerity and lavish digitalization thus modernity, strangely at the same time. If you are “gifted” by stringent character and large smile is an excessive movement to you, you will be pleased with this progress.

2019 Porsche Cayenne arrives at US dealerships around the middle of the next year. Mentioned big technological progress will come at a price, and not a modest one. The base model will cost $66,750, S will knock out $83,950 from your pocket, while Turbo will annihilate your bank account with $125,650, let alone Turbo S when it arrives. Those are tags inflated by six grand on already hefty priced SUV! Try to view it as a tax for supreme handling in the SUV world, it might make it easier to digest.