BMW was earliest in the game of coupe-SUVs with its X6 if we put aside SsangYong Actyon which probably did the same deal two years before by accident and without any pretensions that developed later in Munich. Since enough buyers took the bait, Beemer broadens the game three years ago with the introduction of X4 and when we heard that X2 is in preparation we knew what to expect. Fascia highly similar to X1 and cabin identical, leaving rear to be unique along with the highly sloped roof. Yet, 2019 BMW X2 arrived not applying usual BMW recipe for these type of cases at all. We are baffled… (despite X2 Concept warned us of this).

No slope actually. The shape of the thing is as rakish as Merc’s GLA, so if that is not considered as coupe-SUV neither should this, no matter what Beemer claims. Yet, exterior shares almost nothing with X1. It has unique bumpers, plastic cladding, headlights, tail lights, grille, overall shape or in one word “all”. 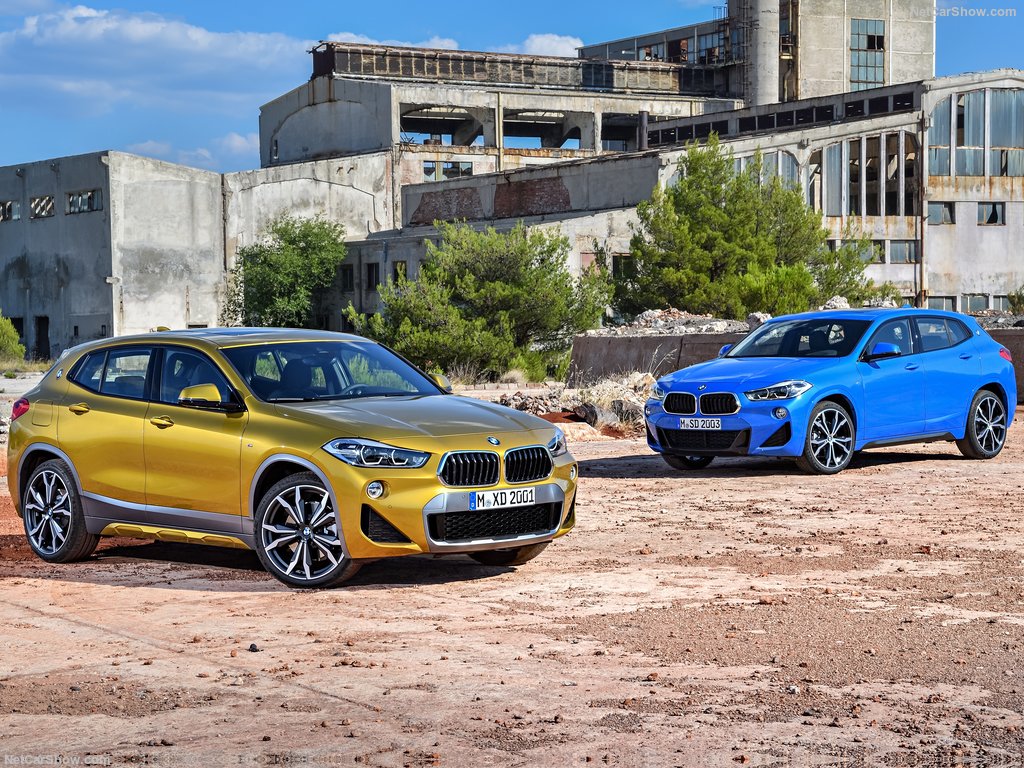 It even got extra badges located on C-pillar, as the concept had, which reminisce some of the glorious sports cars in BMW’s distant history. Whether the German choice to do that with compact crossover (and not wait for 8 Series for example) is a cool move or total vandalization of its glorious heritage, is up you to decide. Unlike the exterior, the cabin is identical to the stuff that we saw in X1, which is fine, as that one is cleverly packaged and highly refined, if not visually alluring.

As you may assume, X2 borrows X1’s UKL platform and engine lineup. That means that only internal combustion device that is available (in the US) is 2.0-liter turbocharged L4 rated at 228 hp and 259 lb-ft of torque which will propel X2 to 60 mph in 6.3 seconds, which are pretty much exact numerals witnessed with X1. 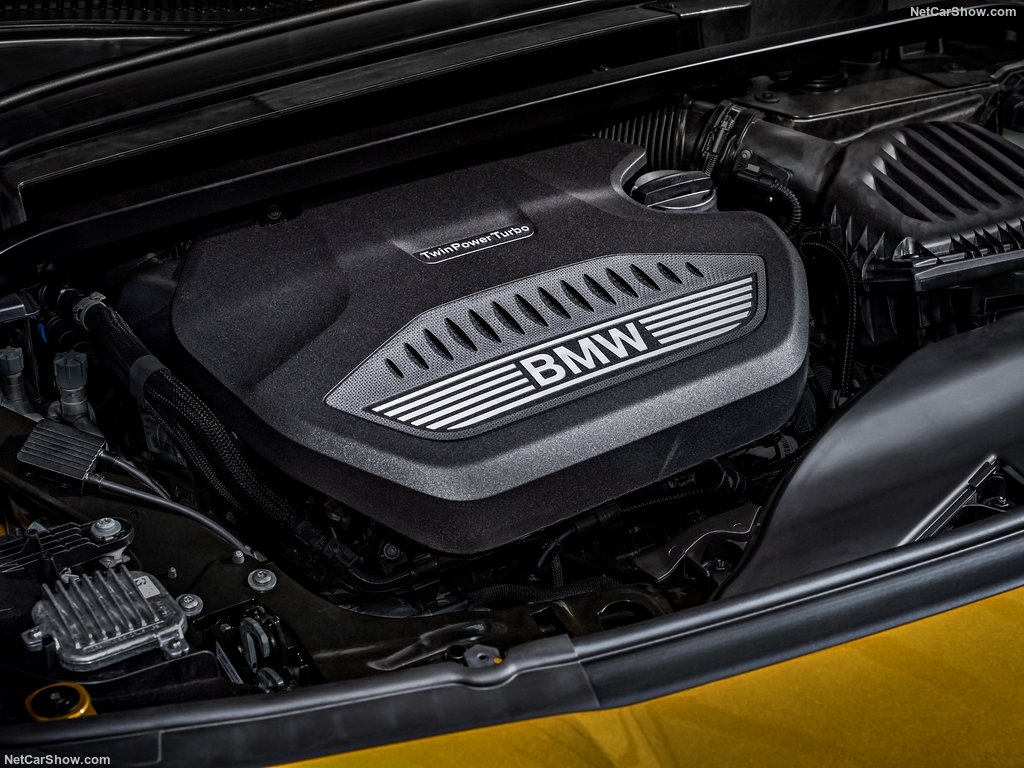 Also, 8-speed automatic is one more thing shared, but as differentiation point, X2 doesn’t come with FWD option as xDrive is a standard fare here. Giving a number of similarities between these products when specs are concerned we don’t see X2 deviating much from X1’s fuel efficiency rated at 22/32 mpg (city/highway).

WHAT’S THE CATCH THEN?

So, 2019 BMW X2 looks totally different than X1 on the outside but evidently fails to slide under coupe-SUV niche which will justify its existence. It has the same cabin, though probably a bit smaller due to reduce in lengthiness, and it hides exactly the same stuff under the skin. So, what’s the catch then? 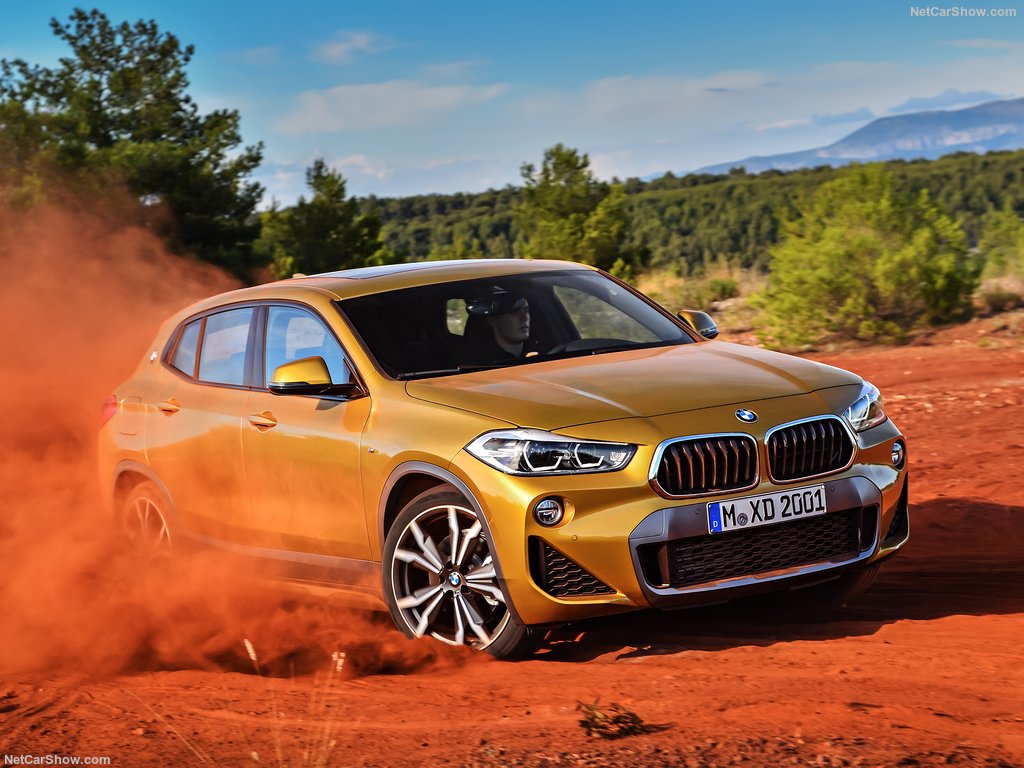 Well, X2 should represent X1’s alter ego, one that is all fancy, quirky and stylish. That is easily visible on the outside where X2 acts as lower and much more visually exciting deal with funky plastic cladding, more seductively shaped tail and more dynamically adorned the front. X2 also has a special shade of blue paint job, along with gold one, which both misses X1’s palette of colors, it also has unique alloys with M Sport X trim and size of the wheels stops at 20 inches or an inch above where its twin stopped. And there is more… 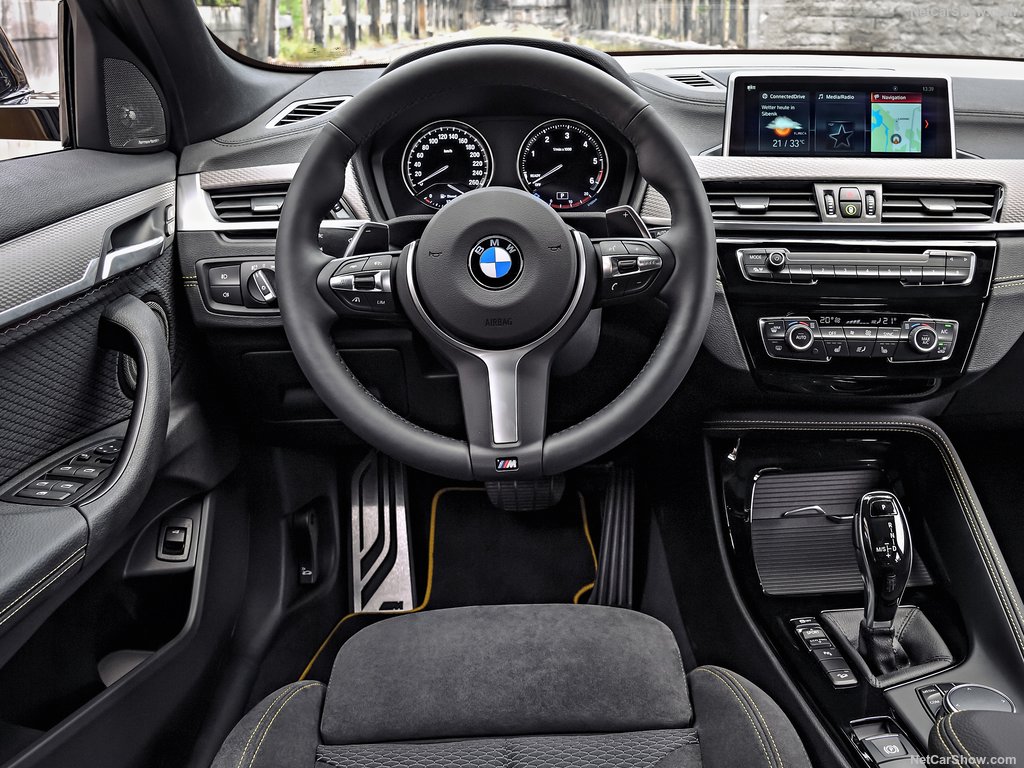 X2 features different veneers on the inside, lots of contrast stitching, and Alcantara dressed seats (besides regular leather offer), all trying to induce flavors of sportiness to it.

It is clear that Beemer wants to capitalize on crossover buying craze that is in full swing for quite a time now. We can the see the German idea hidden behind X2’s purpose of existence, yet we are not sure whether it is thoroughly thought out one. Yes… X2 favors style, X1 practicality, but whether the new handsome one has enough flavor to attract enough buyers of other brands, it is left to be seen. If it starts to cannibalize X1’s sales numerals (just ask GM about that), buyers surely won’t mind as being pleased with the abundance of choice, but brand’s financial executives might. Anyway, if you mourned when lower and sleeker X1’s body went to pasture upon the debut of the current generation, rejoice as trendy new Beemer has arrived. Plus, if you don’t fancy Munich overly rakish approach with coupe-SUV roofs so far (we don’t), X2 indeed comes as a catchy deal (to us).

The price might start from around $38k or two grand more than all-wheel-drive X1 (taxing the fashion, right?) when it arrives in dealer’s lots early next year.