Porsche released the 4th generation of the Cayman back in 2016 and since then the car managed to sell quite well. Despite sporting a smaller engine than its predecessor, the new model is faster and better to drive. It also has a far better design and its lightweight chassis only made things better for the driver. However, the car is still lacking the brutality of its predecessor. Luckily it looks like Porsche is well aware of that. Even though not official just yet, the company is likely going to release a new model with the 2018 Porsche 718 Cayman GT4 RS. While the details are still scarce, as the name suggests, this would be the car’s high performance version. It will provide more power than any other model as well as a far more capable running gear. The end result should be a mid-engine Porsche with enough grunt to take cars like a Ferrari head-on.

Despite what some said, the platform of the GT4 RS will be the same as that of a regular 718 Porsche. However, pretty much everything else will be new as the car will have more in common with a 911 than with a 718. The front suspension setup will likely be the same as that found in a GT3 RS. 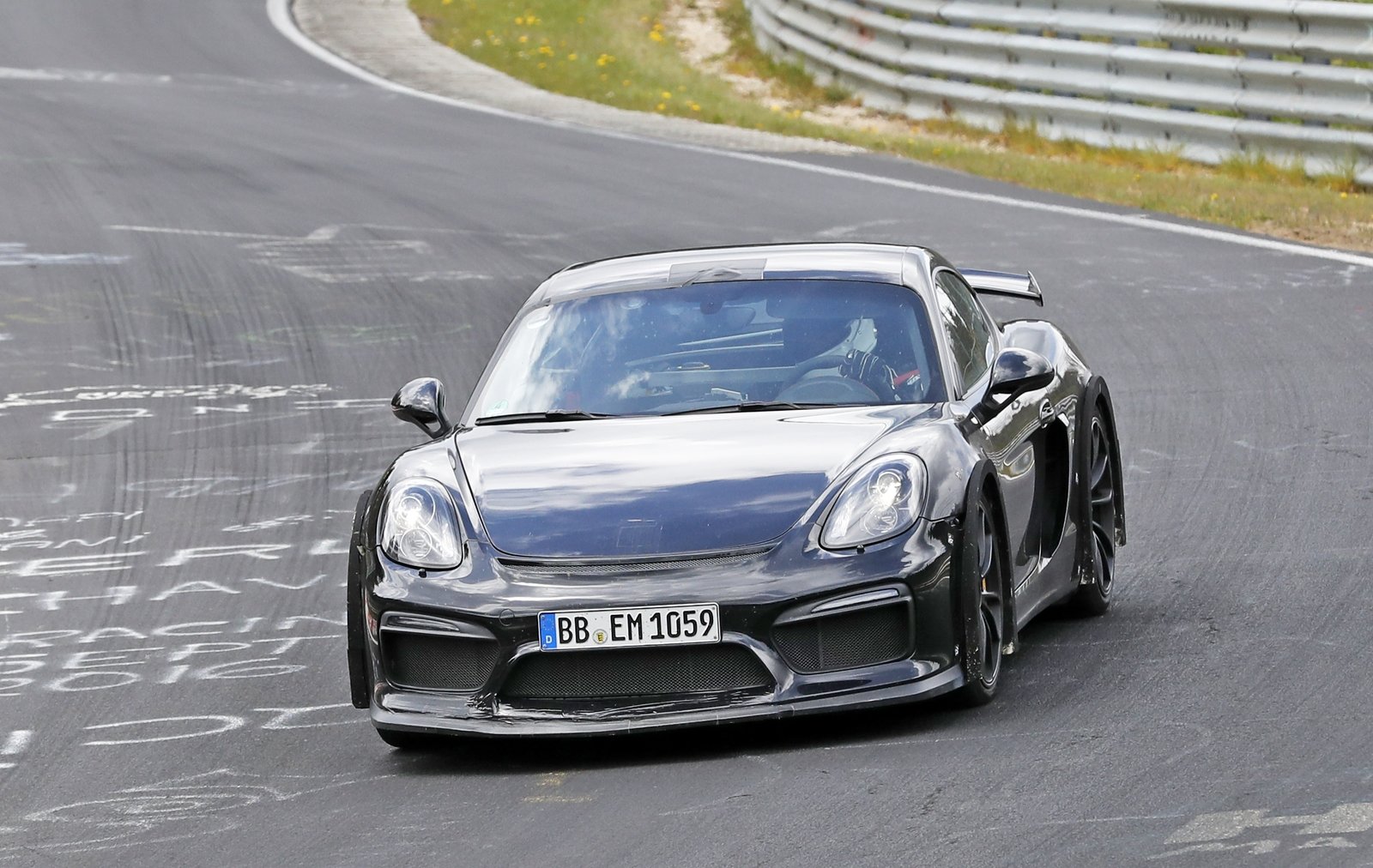 The rear suspension architecture on the other hand is expected to be shared with the 911 R. This would give the Cayman much bigger brakes than the regular model as well as a much more capable suspension setup. This would likely mean the car will corner faster and harder. The only real drawback would be the comfort of its passengers. Luckily, as the car won’t really be a commuter vehicle, this shouldn’t really be a problem.

The regular Cayman starts at $55,000 and goes up from there. Chances are the 2018 Porsche 718 Cayman GT4 RS will cost nearly $100,000. This would make it the most expensive version of the car but it should still be worth it considering the performance it will be able to offer. Unfortunately it still is unclear as to when Porsche will release the car. Chances are they’ll reveal it in the next couple of months and the car should go on sale shortly after.

The current 718 models boast either a 2.0 or a 2.5 liter flat-four turbocharged engine. The upcoming GT4 RS will change that. Just like its predecessor, the car will feature a 4.0 liter naturally aspirated flat-six engine which can also be found in the GT3 RS. While the specifics are still unknown, most rumors seem to suggest an output of right around 500 horsepower and over 370 lb-ft of torque. 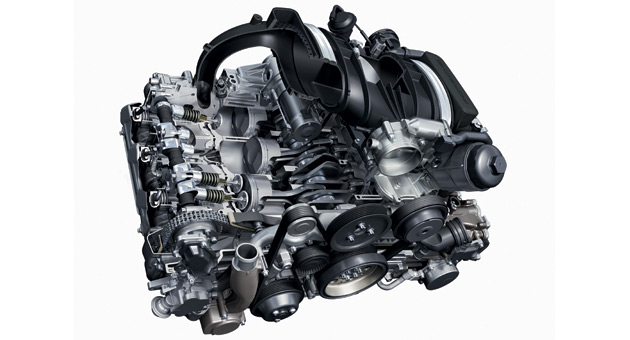 Even though this doesn’t sound like all that much, the car would weigh less than 3,000 pounds. It would also mean the Cayman would get an engine that will rev up to nearly 9,000 RPM. This will likely make it one of the most thrilling cars to drive on the market. Despite what some suggested, it is unlikely for the car to feature an automatic. Instead, Porsche will likely use their great 6 speed manual which will only drive the rear wheels via a limited slip differential.

The camouflaged prototype of the 2018 Porsche 718 Cayman GT4 RS we have seen a while back seemed pretty much ready to go. 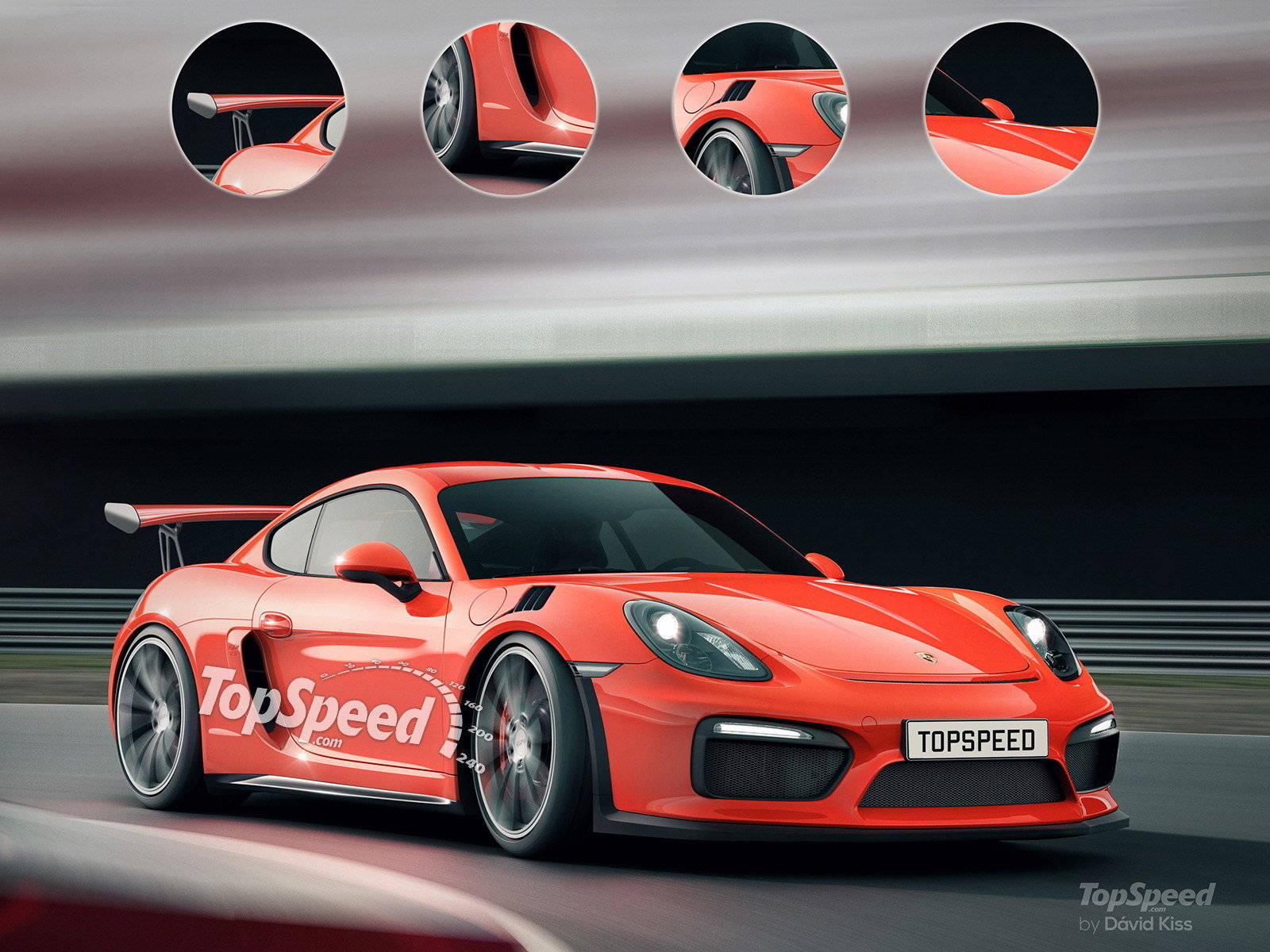 This featured a massive fixed carbon fiber wing, large 20 inch rims, side-mounted exhausts as well as a far more aggressive front bumper with a large splitter included. Unlike any other Cayman, the car also featured large carbon-ceramic brakes with yellow calipers, likely a throwback at the regular GT3.

As this will be a lightweight version of the car, we doubt Porsche will offer more gear than in the other versions. Instead, the 2018 Porsche 718 Cayman GT4 RS is likely going to feature the basics in order to allow the driver to focus on enjoying the car. 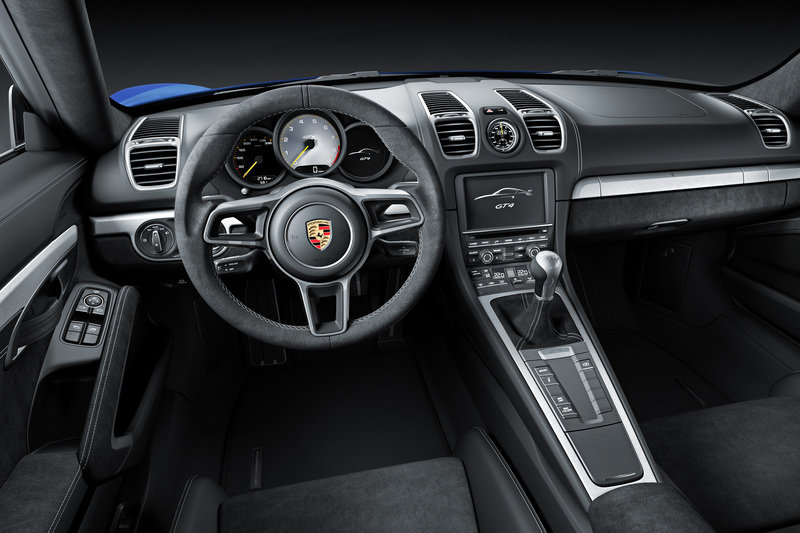 We can expect a set of lightweight carbon fiber backed seats, Alcantara upholstery, a 918-like steering wheel and likely a roll-cage. Some also said the car will get no AC and no infotainment system. While this may be an option, the base model is more than likely going to feature both of these.