Mercedes-Benz has become an instantly recognizable brand, since its founding in 1926. It always appeared at the forefront of innovative design. Much of the same can be said about the elite luxury brand that was founded in 1906, Maybach. The brand was purchased by Mercedes-Benz in 1960. The result of this is that all those who love all things glitz take serious notice every time a new Mercedes-Maybach is announced. Now that the top model from Mercedes-Benz, the S-Class is combined with the great elegance of Maybach, something awesome and great is expected. What happened is that the venerable German automaker unveiled the new 2019 Mercedes-Maybach S-Class ahead of the upcoming Geneva Motor Show.

The Mercedes-Maybach S-Class is the first Merc to sport the vintage “Maybach” badge since the brand was revived for the second time in 2015. After a comeback as a standalone brand in the Daimler family, these days Maybach exists as a high-trim, extra-roomy version of the Mercedes S-Class.

The bigger Benz also gets vertical slats in the grille and new 20-spokes, but the important thing is that you can get the two-tone as an option, with supposedly nine different color combos on the way.

The thing the designers intended to stand out is the extended length of the vehicle. And to be honest, it is the first thing one can notice at the new 2019 Mercedes Maybach S-Class. The length of the sedan is 215 inches (nearly 18 feet) and it has a wheelbase of 132.5 inches (roughly 11 feet). Compared with the traditional S-Class sedans, this makes the new vehicle exceed it by nearly 10 inches in both dimensions. 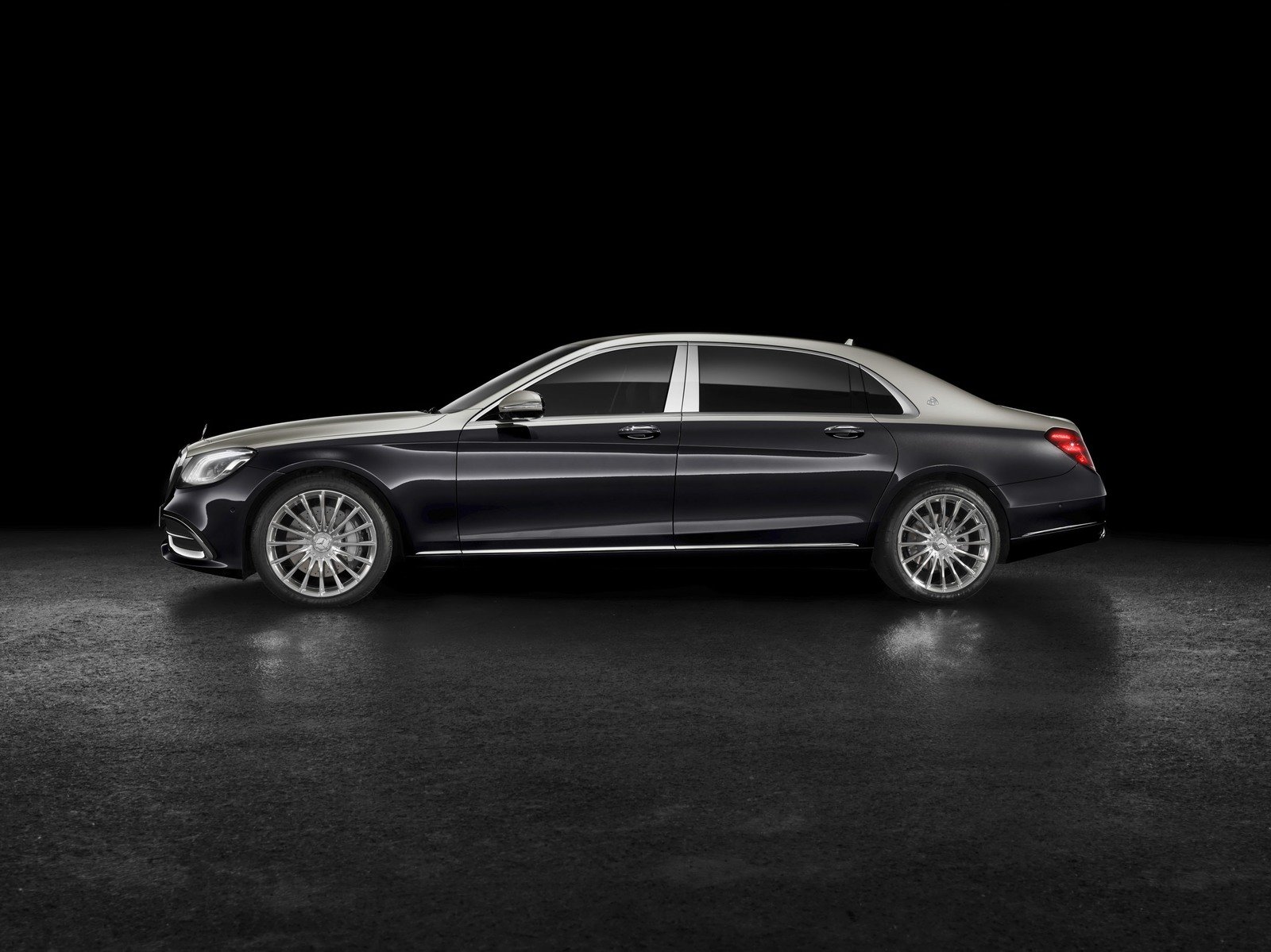 The most second significant update on the exterior of the new car, after the size, is the grille. With its bold vertical lines, the new grille emphasizes the focal point of the car. This was inspired by the design of pinstripe suits, according to the German automaker. This grille previously made its way to a Maybach design in August 2016 at the Pebble Beach Concours d’Elegance, with the stunning Version of Mercedes-Maybach 6. The new Maybach S-Class also gained the bumper and headlamps of the revised sedan.

For the interior of the car, customers will have two new color combination options to choose from: Armagnac Brown/Black and Savanna Beige/Black. The vehicle can also be ordered with napa leather, which is one of the softest in the world, with a choice of copper, gold or platinum-colored topstitching. 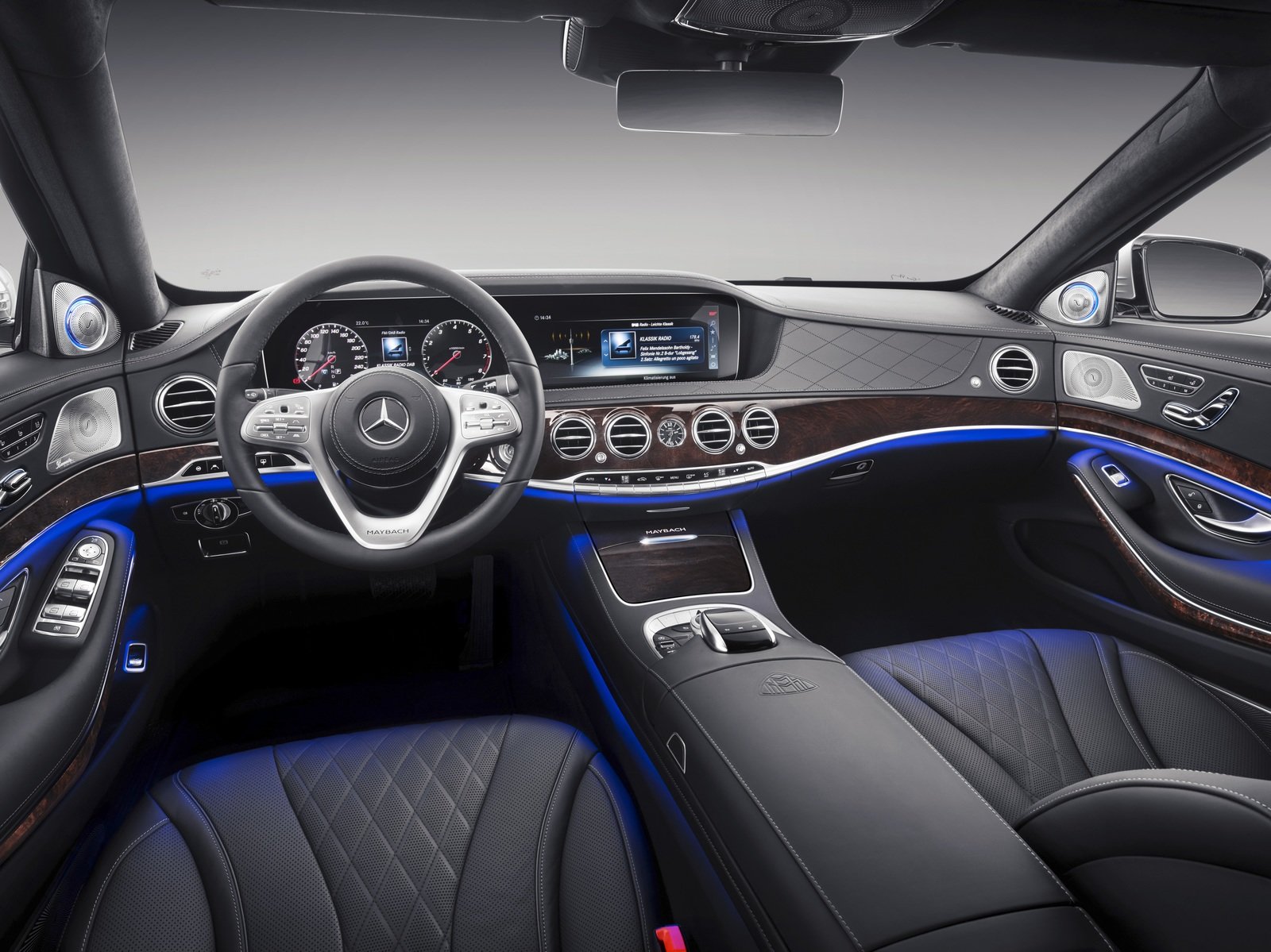 These types of sedans have been extremely popular with the C-Suite owners in the past, so the back seats are outfitted with several screens for entertainment. Now the added length of the car can also be felt on the inside of the care, mostly in the rear, which has a significant leg room. And of course, from the dashboards all the way to the rear, the ambient lighting glows at night. 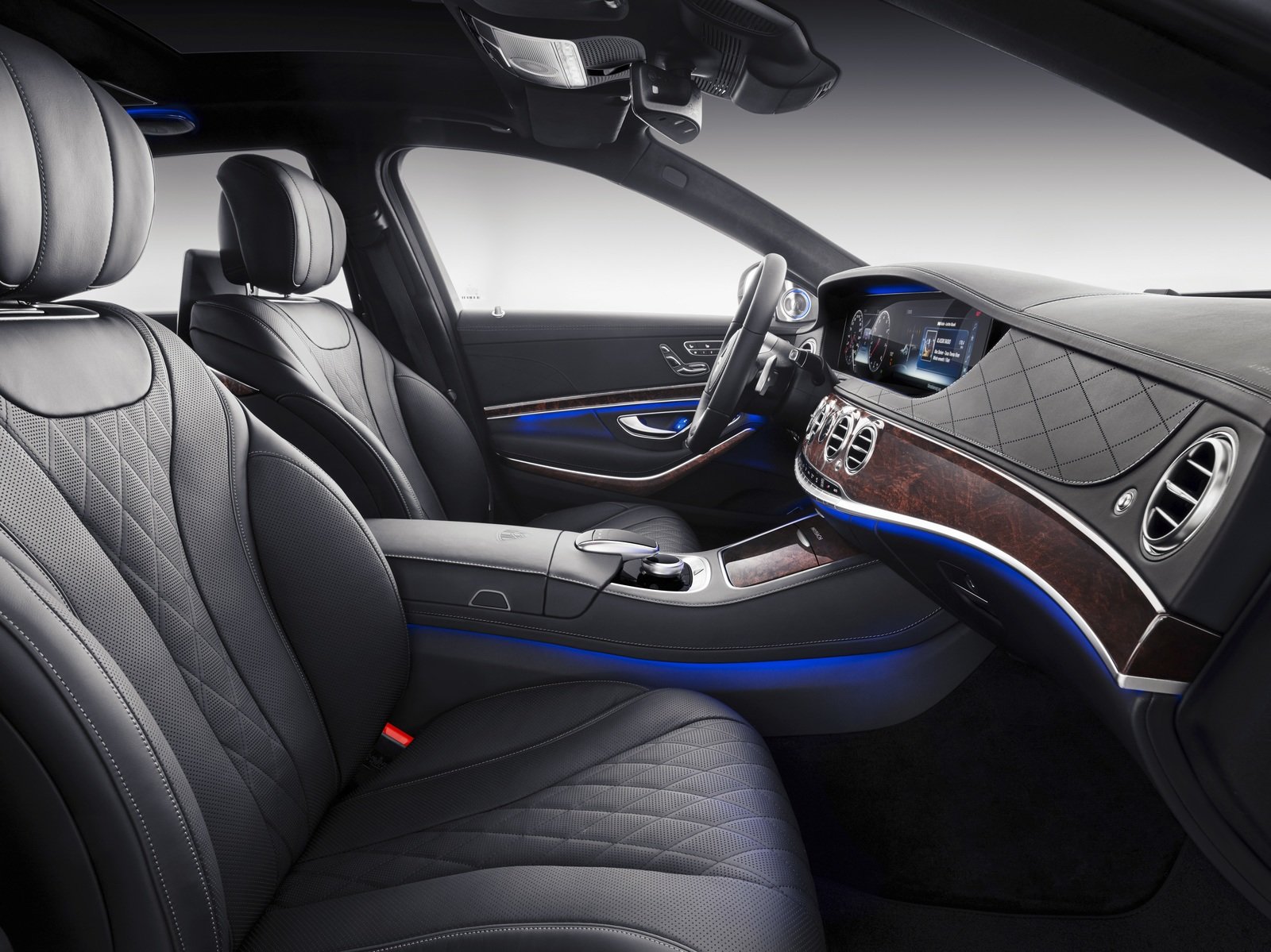 The mid-cycle facelift includes only minor tweaks inside and out in terms of design and layout, but it’s more significant in the tech department. Just like the standard S-Class, the Maybach model now benefits from the features introduced with the smaller E-Class sedan. It will have semi-autonomous drive, big displays for the infotainment system and instrument cluster and extra convenience features.

Under the hood the new 2019 Mercedes-Maybach S-Class will come with two options for its engine. The first, the Mercedes-Maybach S 50 4MATIC will come with 463 horsepower, a V-8 engine that can go from zero to 60 mph in 4.8 seconds. The second option is the Maybach S 650, which will include 621 horsepower and a V-12 engine that will reach 60 mph in 4.6 seconds. Top speed is electronically limited to 155 mph for both variants.