Mercedes-Benz just revealed the all-new 2019 Mercedes G-class at the Detroit auto show. Weeks after this Mercedes-Benz’s in-house performance sub-brand, AMG, is showing off the work it’s done to the big and brash Geländewagen. The first AMG model, once again dubbed the Mercedes-AMG G63, is a high-performance box that trades its predecessor’s twin-turbocharged 5.5-liter V-8 engine for the latest twin-turbo 4.0-liter V-8.

Mercedes AMG has officially pulled the wrap off its new G63 and it’s safe to say that it’s everything we expected it to be. Mercedes went to great lengths to refine the new G-Class without messing with its revered character. They redesigned the G-Class’ suspension for 2019, and this should pay dividends in on-road handling. The new AMG G63 has a default 40/60 front-to-rear torque split, just like the standard G550. At its core the G-class remains an off-road tool, with G-63 retaining its less powerful stablemate’s front, center and rear lockable differentials and low-range transfer case with 2.93:1 gear reduction.

The 2019 Mercedes-AMG G63 will make its official world debut at the 2018 Geneva Motor Show on March 6. When it comes to the release date on the marked, there is no official communication about this, but we will expect it at the end of this year. Same for the price, there is no shared information from Mercedes, but it might become available when the new G63 will make its official debut. What we know for sure is that the outgoing model started at $142,325 so for sure the new 2019 model will not be any less expensive.

The design of Mercedes-AMG G63

The G63 certainly has more visual aggression than the standard G-Class, with big air intakes, huge wheels (22-inch rollers are available) and Mercedes’ Panamerica grille with vertical slats, reminiscent of the AMG GT. The new AMG G63 has a new platform that brings an independent front suspension and has a revised real axle that connects to the frame by way of a Panhard rod and four trailing links. This new 63 also gets AMG specific adaptive dampers with Comfort, Sport and Sport + settings. 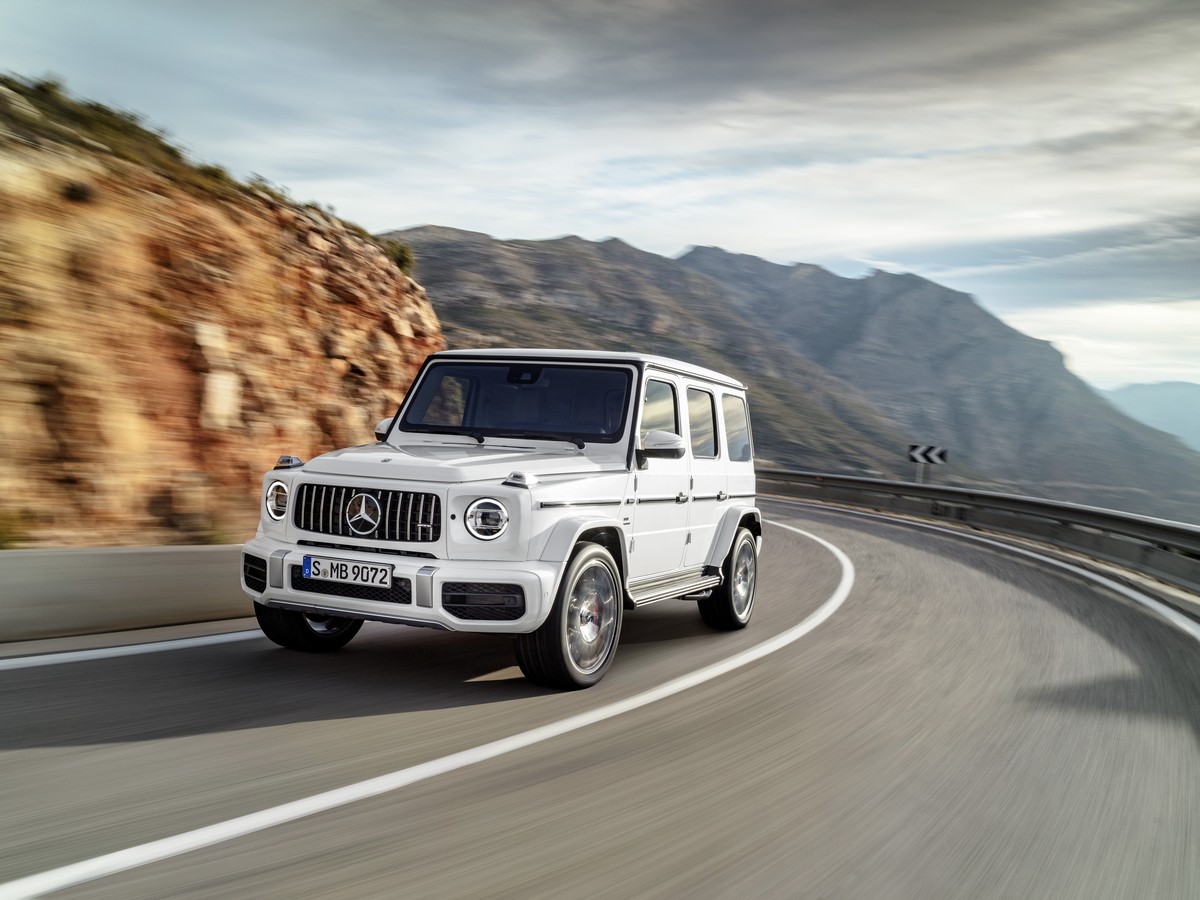 It separates itself from the standard G550 by its AMG-specific Panamericana grille design, more aggressive front bumper, traditional side-existing exhaust pipes and flared wheel arches. Under the wider wheels, giant brakes that are squeezed by red brake calipers are hiding. As an option we have the AMG Night Package which brings darker headlamp, taillight and indication lenses. It also comes along with black-painted exterior items including the side mirrors, parts of the spare-tire cover, the trim within the front and rear bumpers and also the wheels.

The G63’s basics aren’t surprising if you’ve already scoped out the 2019 G550, which debuted at the Detroit auto show earlier this year. The G63’s cabin is much like the G550. Inside the car there’s red stitching on the steering wheel, seats, dashboard, center console and door panels. 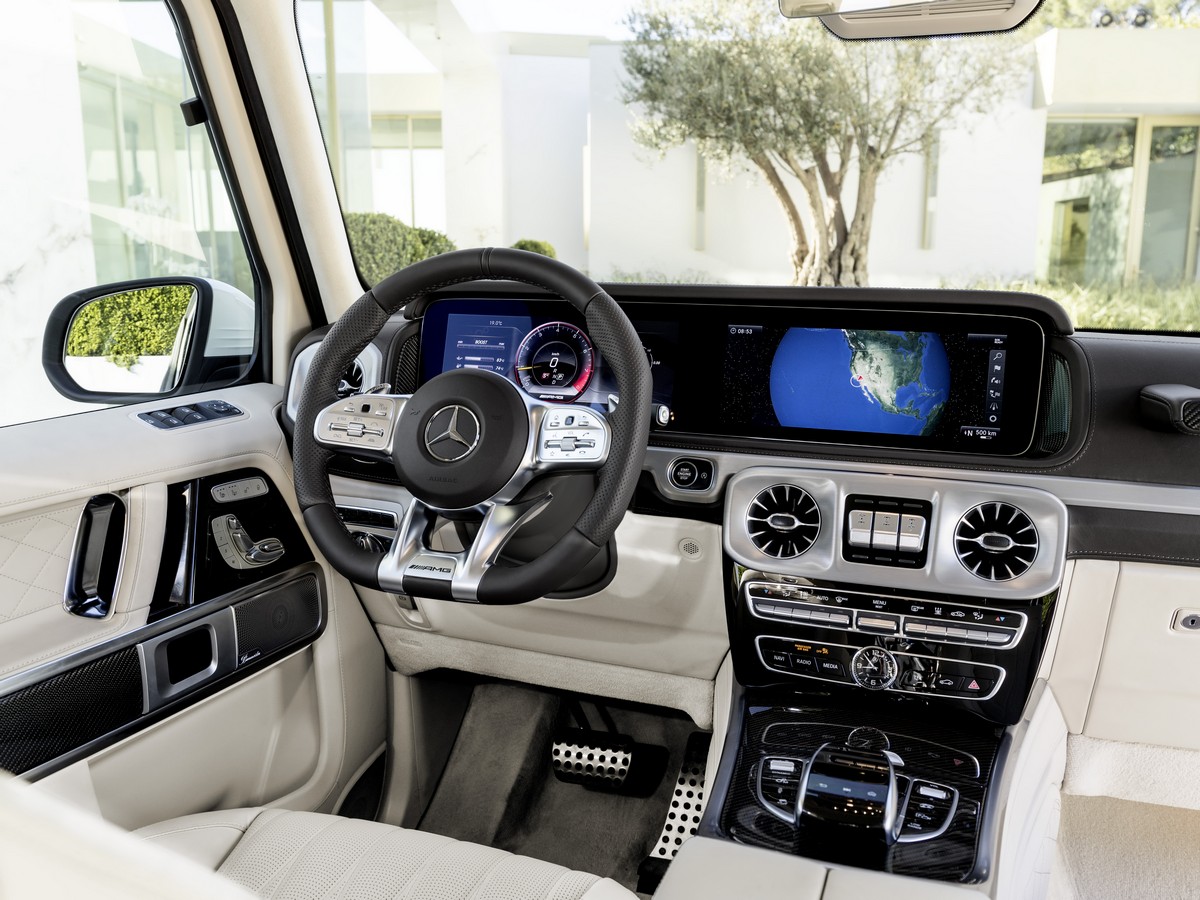 The seats are red and black leather and we can also find carbon-fiber trim with red highlights. In matter of technology it has a better one than the previous model. A pair of 12.3-inch displays serve as the instrument cluster and infotainment display, both of which are controlled by the thumb slider pads on the AMG-specific steering wheel. On the center console there is a central knob for the COMAND infotainment interface. 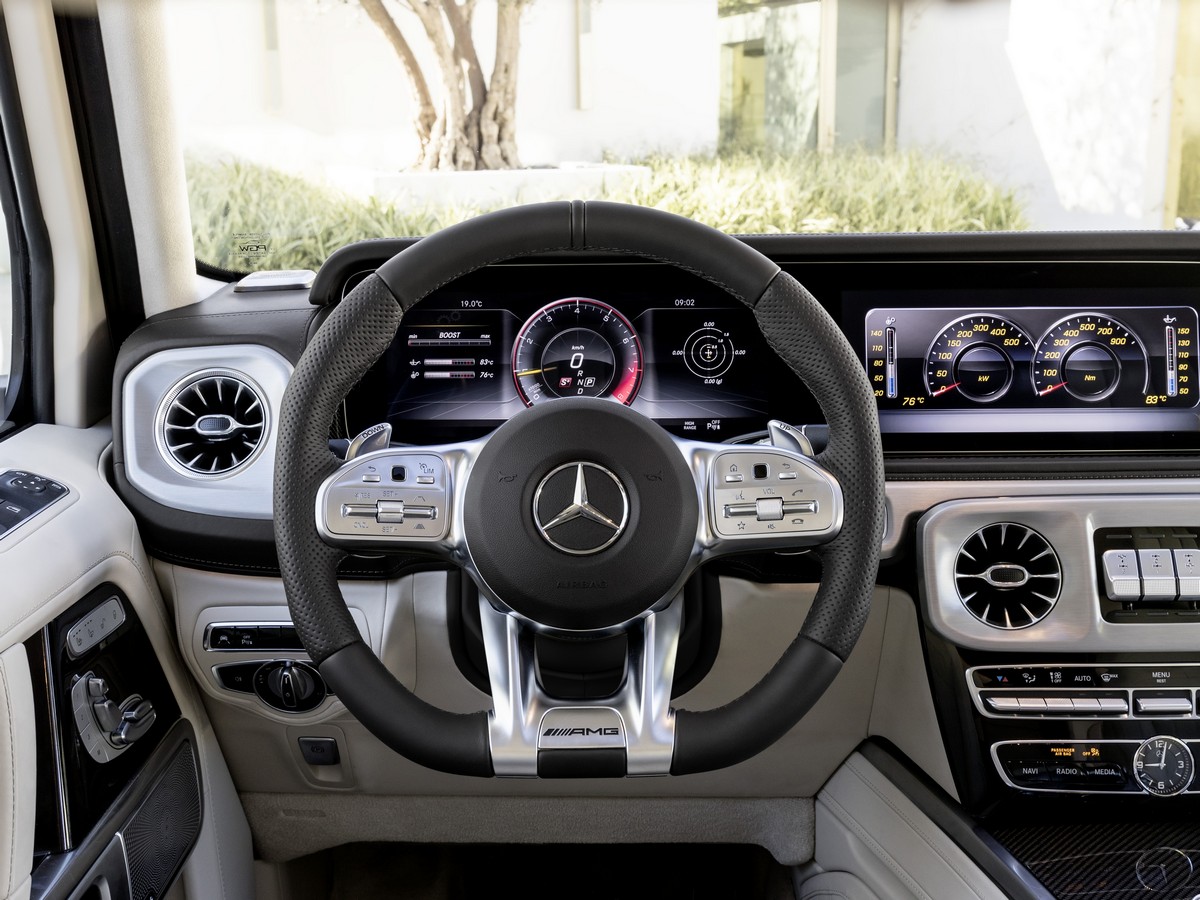 There is also an upgrade in terms of passenger’s space, with the rear legroom suffering a growth by almost 6 inches compared to the old G63. The cargo space is a bit smaller, but there is still a huge usable space behind the rear seats.

This new 2019 Mercedes-AMG G63 has a new engine that produces 577 horsepower and 627 lb-ft of torque, gaining 14 horses and 66 lb-ft over the previous G63. According to Mercedes, the new power plant provides the G63 with enough firepower to blast from zero to 60 mph in 4.4 seconds. Compared with the last G63, this one is faster. 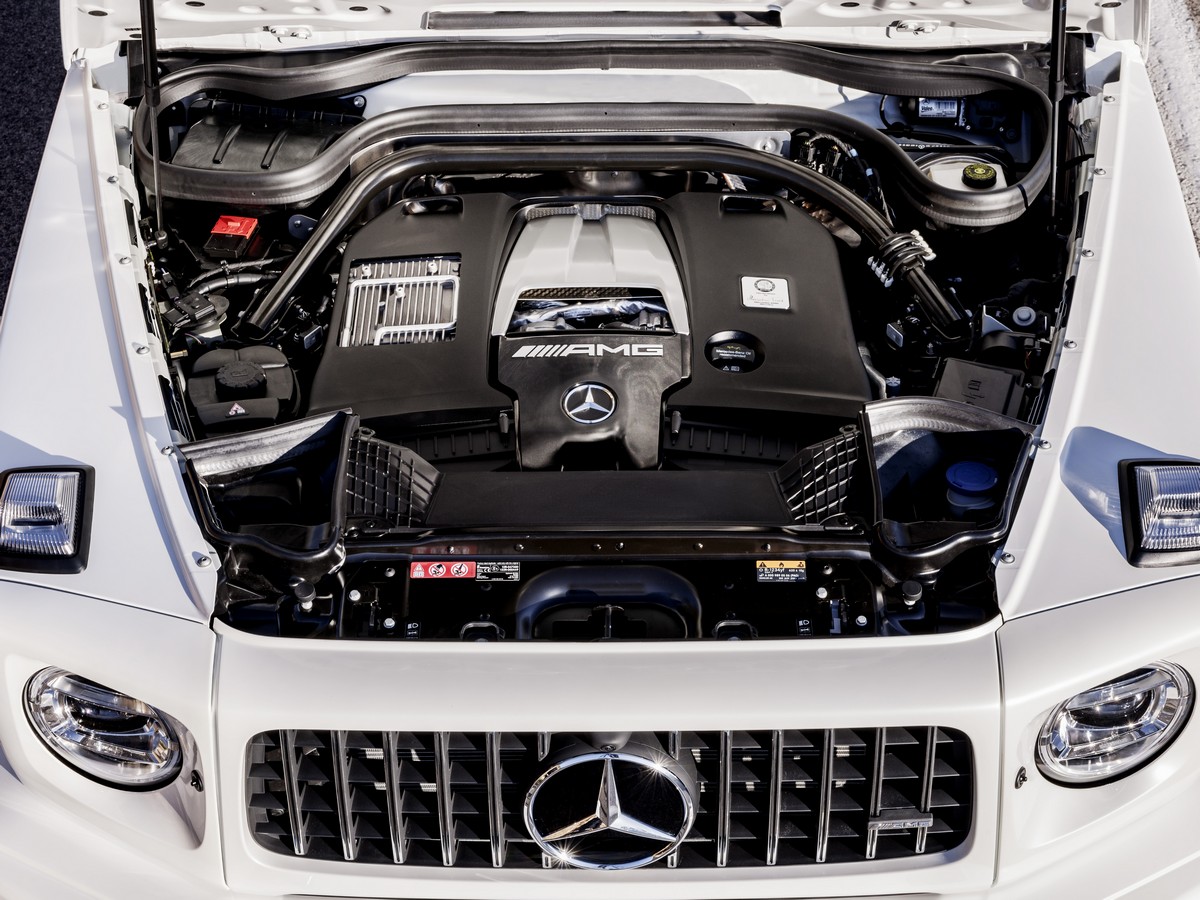 When it was tested the previous version needed 4.8 seconds to hit the same mark. The top speed is said to be 137 mph but there is also the option to choose the available AMG Driver’s package that mark to 149mph. A nine-speed automatic transmission with steering-wheel-mounted paddle shifters replaces the prior seven-speed gearbox.