World of hot hatches always had certain special allure attached to itself. It represents an entry point to the world of speed and feisty cornering, yet with preservation of those sizable boots and comfortable enough cabins. And the best thing? Your bank account doesn’t have to be demolished in order to get one. Under this story, among else, slots Seat’s angry hatch. VW group never hesitated to supplement Leon with spirited heart, as it even hid that famous VR6 under the hood of the first generation, although always being careful not get it anywhere near the Golf. The same story followed through the years leading up to 2018 Seat Leon Cupra R. Yet, those two were never closer.

Consider that Seat’s FR moniker was once statement as Ford’s ST or VW’s GTI, before it became mere cosmetics, while Cupra still stands for full-blooded RS, R, Type-R, WRX STI or whatever else you fancy to compare it. What’s then left for Cupra R? That should be angrier of the angriest version, or Focus RS with Mountune treatment or Megane R.S. 275 Trophy. Just one big caveat! Only 799 of that kind of Seat will hit the roads. Now let’s see what does it bring to the table.

Cupra R stills use same turbocharged 2.0-liter L4, but now boosting 310 hp. That’s the same figure as you get in Golf R! This surely sounds amazing, but if we start to analyze… Mentioned power figure goes only with the manual gearbox, while with dual-clutch (DSG) automatic you’ll get 10 hp less. Regular Cupra model started it story within this generation with 280 hp, but it recently raised that to 300 hp with updated Cupra 300 model, standing in line with our limited edition. Further more, the previous generation featured also special edition boosting 310 hp conveniently named Cupra 310 Limited Edition. So, Seat definitely could do better than this, only if big daddy let them so.

As we established that you actually don’t get much more from added R over Cupra as far as the engine goes, let’s see what else is there. Fortunately, there is more, as R will net you new exhaust system, tweaked Brembos, Dynamic Chassis Control features upgraded suspension tuning and front tires have different camber angle. Still, this Leon stays FWD, presumably leaving AWD Golf’s supremacy over lap times intact. As a consolation to all Seat lovers, just pay attention to pictures depicting this guy.

Luckily for it, we don’t have anything to nag about its looks. You can choose Midnight Black and Pyrenees Grey paint cover, but Matte Grey exclusively reserved for this model is the one you want. It goes ballistic with copper painted mirrors, stunning 10-spoke wheels, and badges. 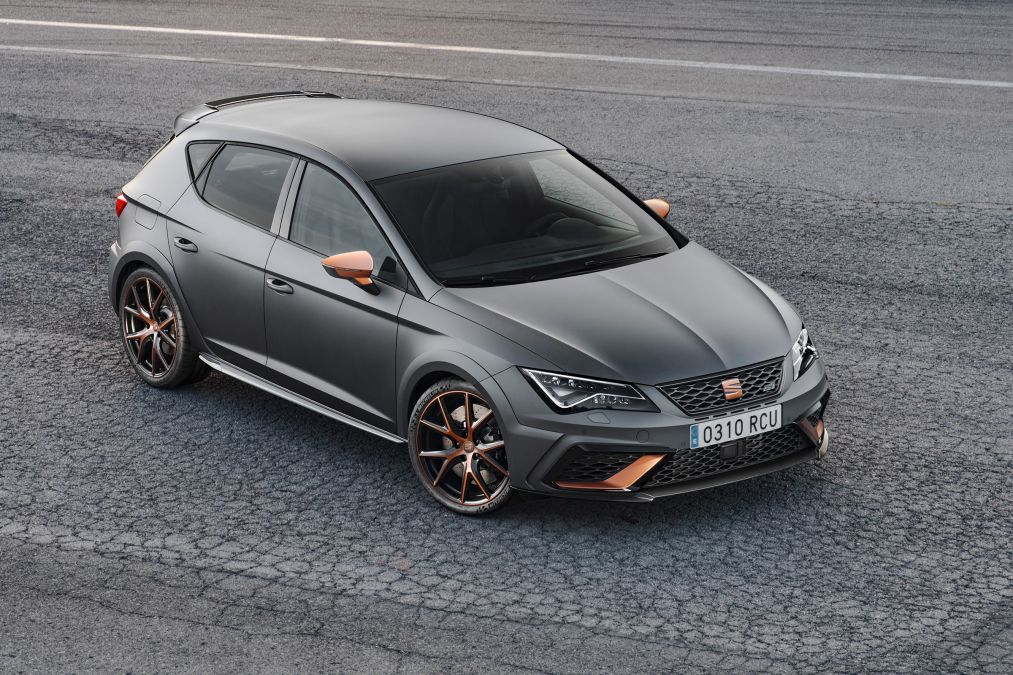 Front bumper is now fully meshed including side intakes, which are also encircled by angry looking cooper and carbon-fiber inserts. The rear diffuser is meaner looking, double exhaust tips are round now and definitely craziest stuff are beefed fenders connected by side skirts. They appear as after market product simply glued to it, which visual lunacy rival some of Civic Type R’s stuff. 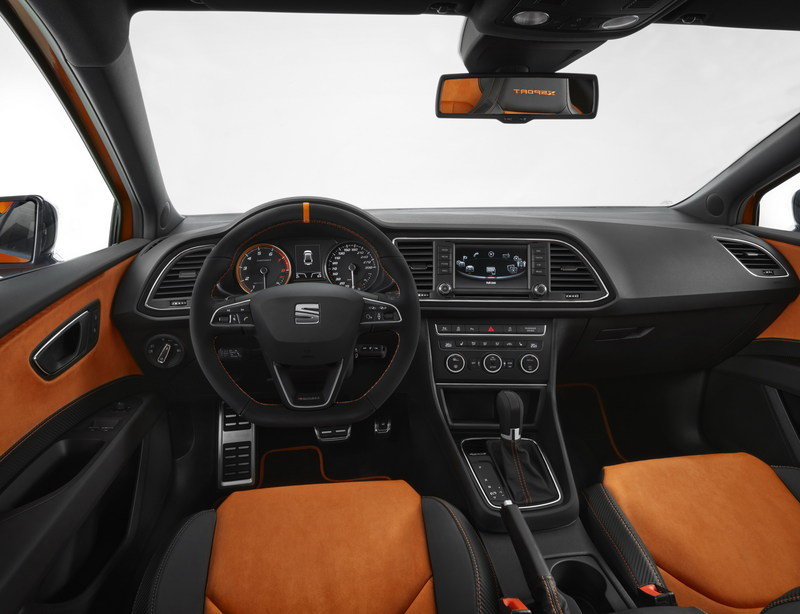 On the inside, copper flavor found its place too along with some carbon-fiber, while Alcantara settled on steering wheel and shifter. Actual pictures of the interior are yet to be revealed.

2018 Seat Leon Cupra R is set to debut on upcoming Frankfurt Motor Show this month, while you may get one close to the end of the year. Price? Unknown for now, but definitely some grand above £30k asked for regular Cupra (price in the UK; $39k equivalent), especially if we keep in mind limited production numbers. Would it be worth it? If you chase lap times, Golf R will still reign over it, and it can hardly overshadow Honda’s, Ford’s and Subaru’s hot hatches in that area also. Still, added visual delicacy plagued with berserk approach applied to the previously rather restrained body has especially inviting flavor. And it’s limited. And that just might make it worthy enough. 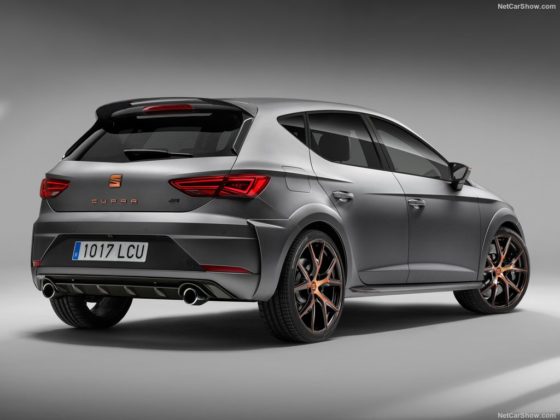