Suzuki Swift has been for years just a simple sub-compact car. Or in other words, unimaginataive transportation device, restrained from steering any emotions in you, while the only aspect making it better than public transport, was the fact that was always at your disposal when you wanted it to be. But something changed in 2004 with the fourth generation. Suzuki dropped “econobox” aspirations with Swift and decided that it should go “sporty”. And sporty it went. At that time Swift looked like a samurai sword (sharp and keen) and it drove like one (quick and precise). It was Mini for the poor(er). That’s nice stuff about the past, but how those brand new 2018 Suzuki Swift Sport stacks under the present blue sky.

Current six generation of Swift debuted practically this year and without wasting any time Japanese just used Frankfurt Motor Show to officially debut Sport version. But before you get excited, do realize that Suzuki’s Sport is not VW’s GTI, nor Ford’s ST, nor Opel’s VXR… 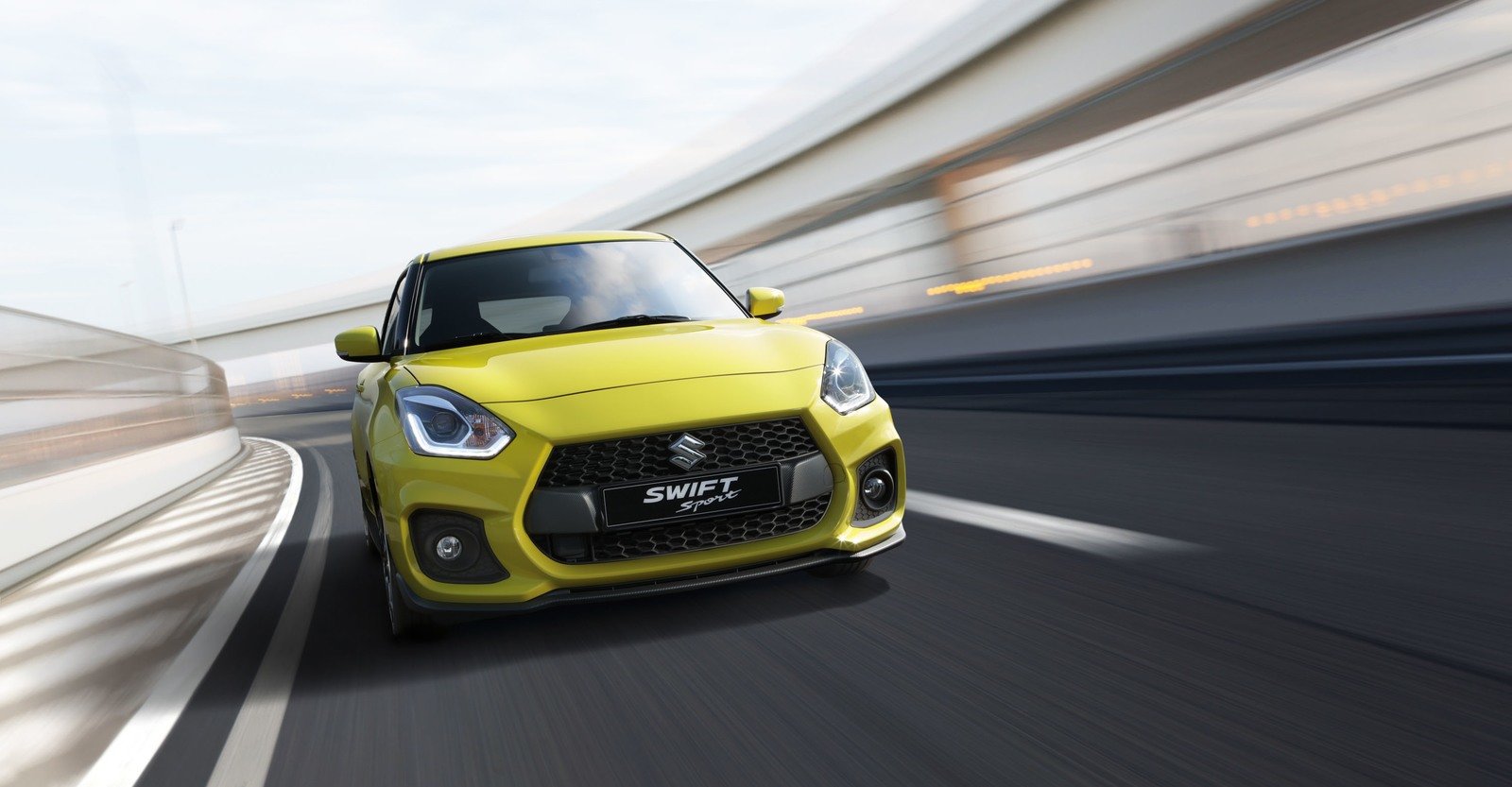 They all play with much higher horsepower boundary, while Swift doesn’t. If you were paying close attention to the Swift lineup in the past, you are familiar that Sport brings half a dose of sportiness, when figures are concerned, from the amount you get with more prominent monikers. Does that come as enough?

Fortunately, visually this Swift is as hot as any other tiny hot hatch out there. Compared to regular version grille is bigger, angrier and meshed, while the whole front bumper is more aggressive and it has a splitter. 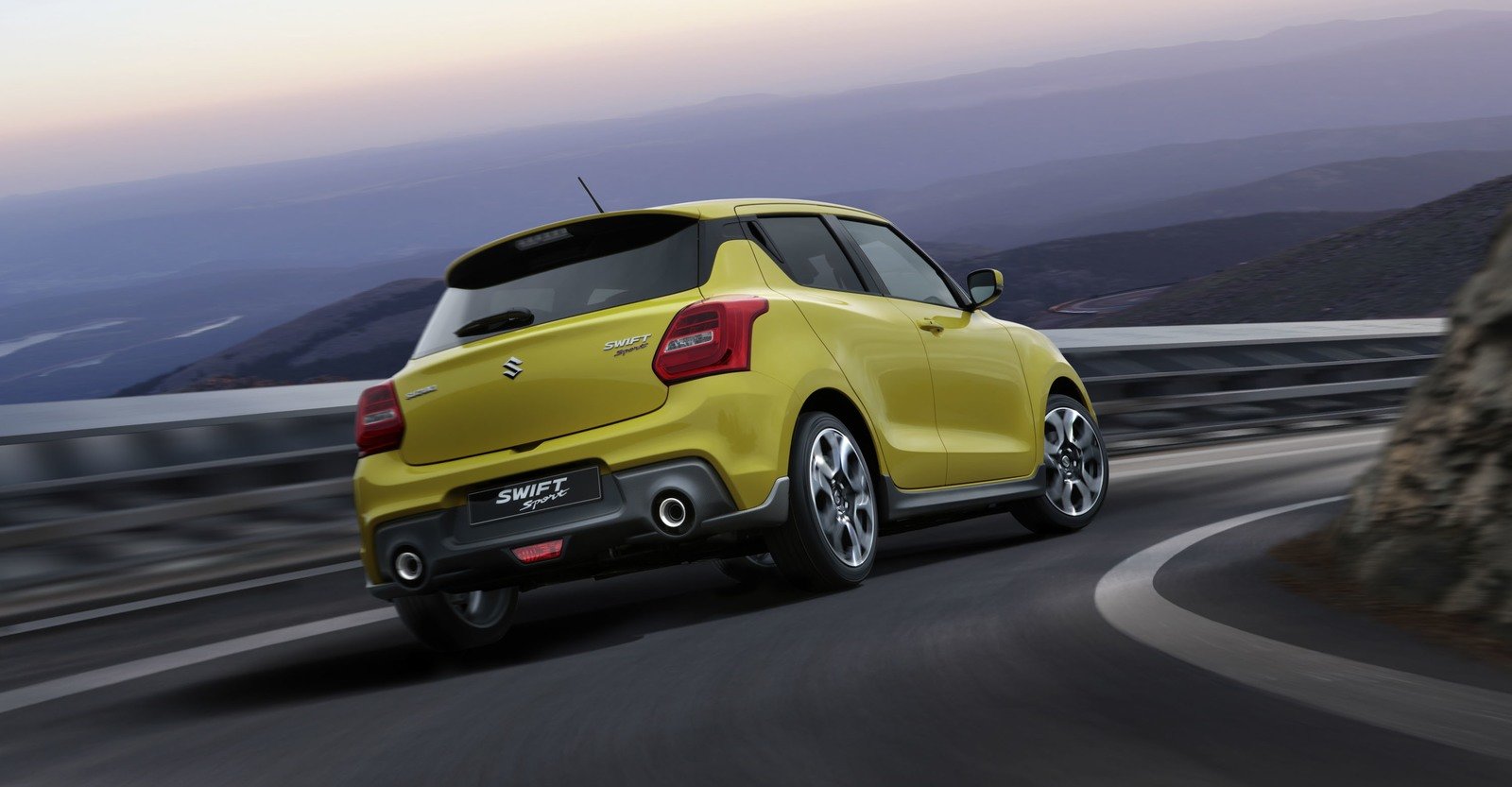 At the back, we have a diffuser, double exhaust, and evidently larger roof spoiler. And we have a set of very cool looking alloys and side skirts in between. The cabin also got its share of flamboyance. Neat looking sports seats are highly bolstered, instruments dials are red, some dash inlays too, along with contrast stitching. 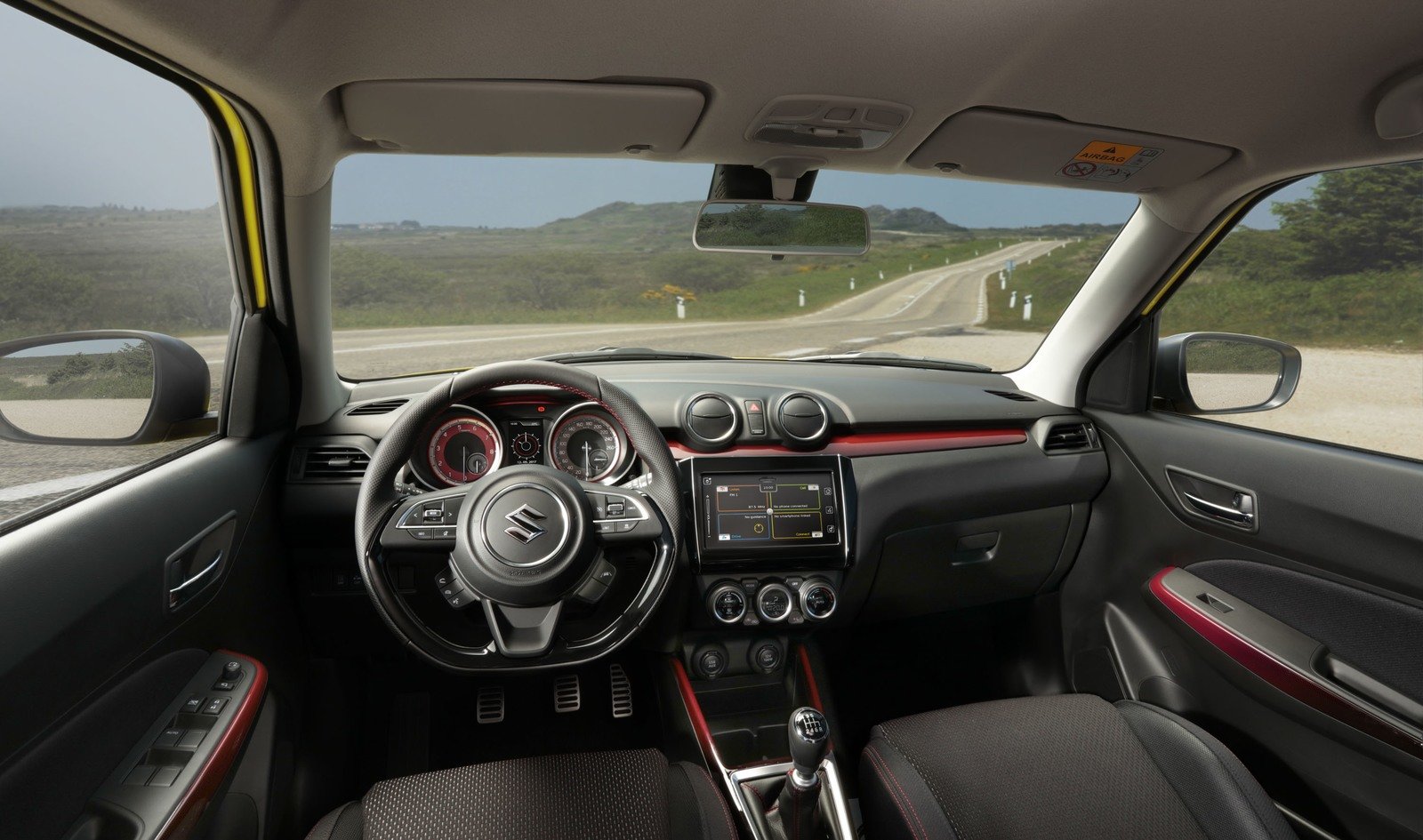 Tech is good with a 7-inch touchscreen and Apple CarPlay and Android Auto, but Swift just can’t shake off the overall feeling of interior cheapness compared to many rivals, although Sport version does help a bit with its amenities.

Unlike sporty styling approach, specs don’t follow rival offerings. First of all, horsepower boost over the years was simply sluggish. In 2005 Sport version was rated at 125 hp, in 2010 it rose by mere 5 hp to 130 hp, limited SZ-R version brought that to 136 hp and finally today it arrives with 140 hp. Again missing to employ any significant upsurge. Still, a slew of changes is applied. 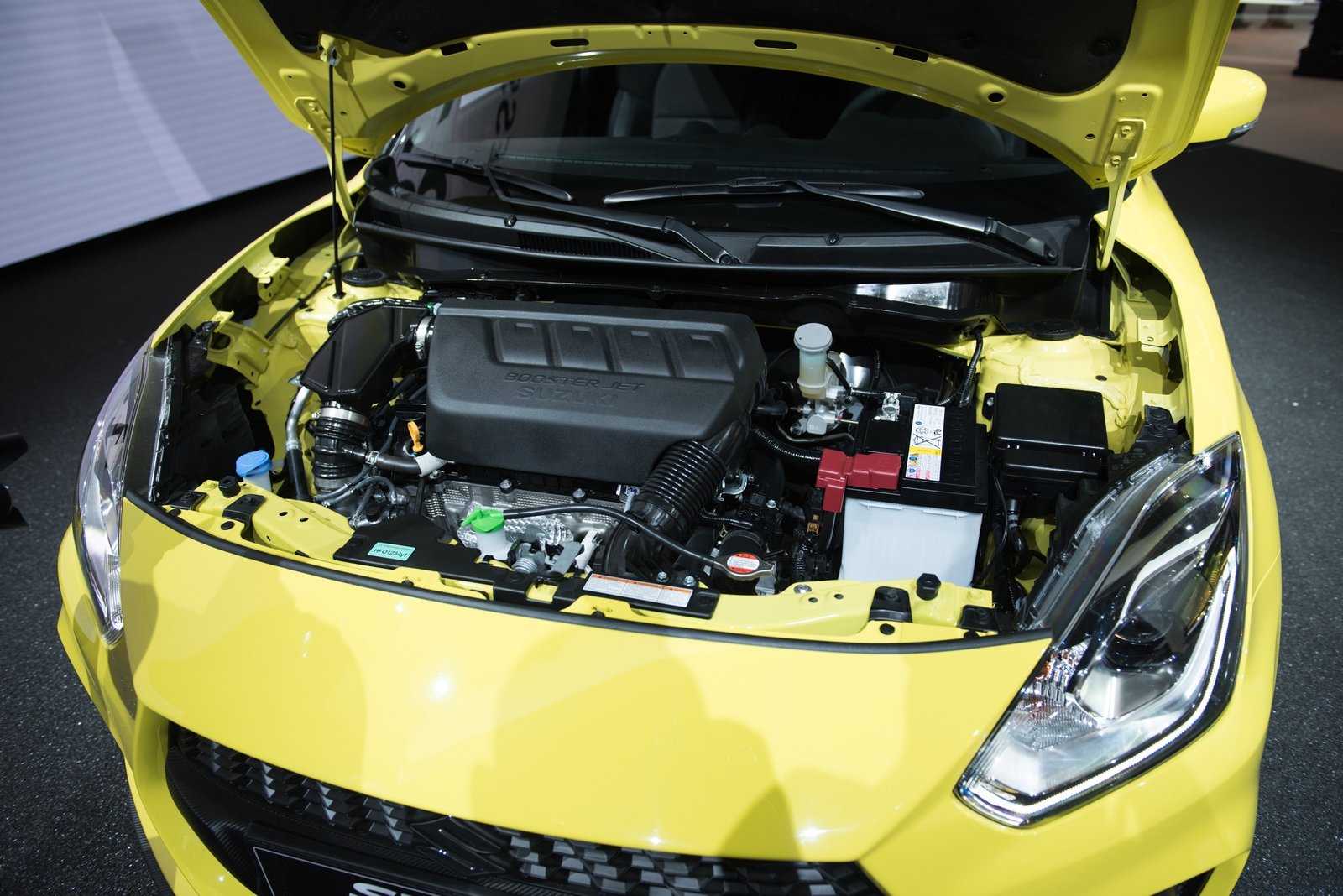 Old naturally aspirated 1.6-liter L4 is exchanged for turbocharged 1.4-liter L4, while 6-speed manual remained. If horsepower figures were slow to rise, torque ones were not, as the addition of turbo brought whole 52 more (170 lb-ft now~230Nm). Utilization of air pumping device also made peak torque much more accessible, now at 2,500 rpm compared to previous 4,400 rpm, but the new mill is sadly nowhere motivated to spin as high as the old one (5,500 rpm vs 6,900 rpm).

THOSE ARE ALL PETTY FIGURES 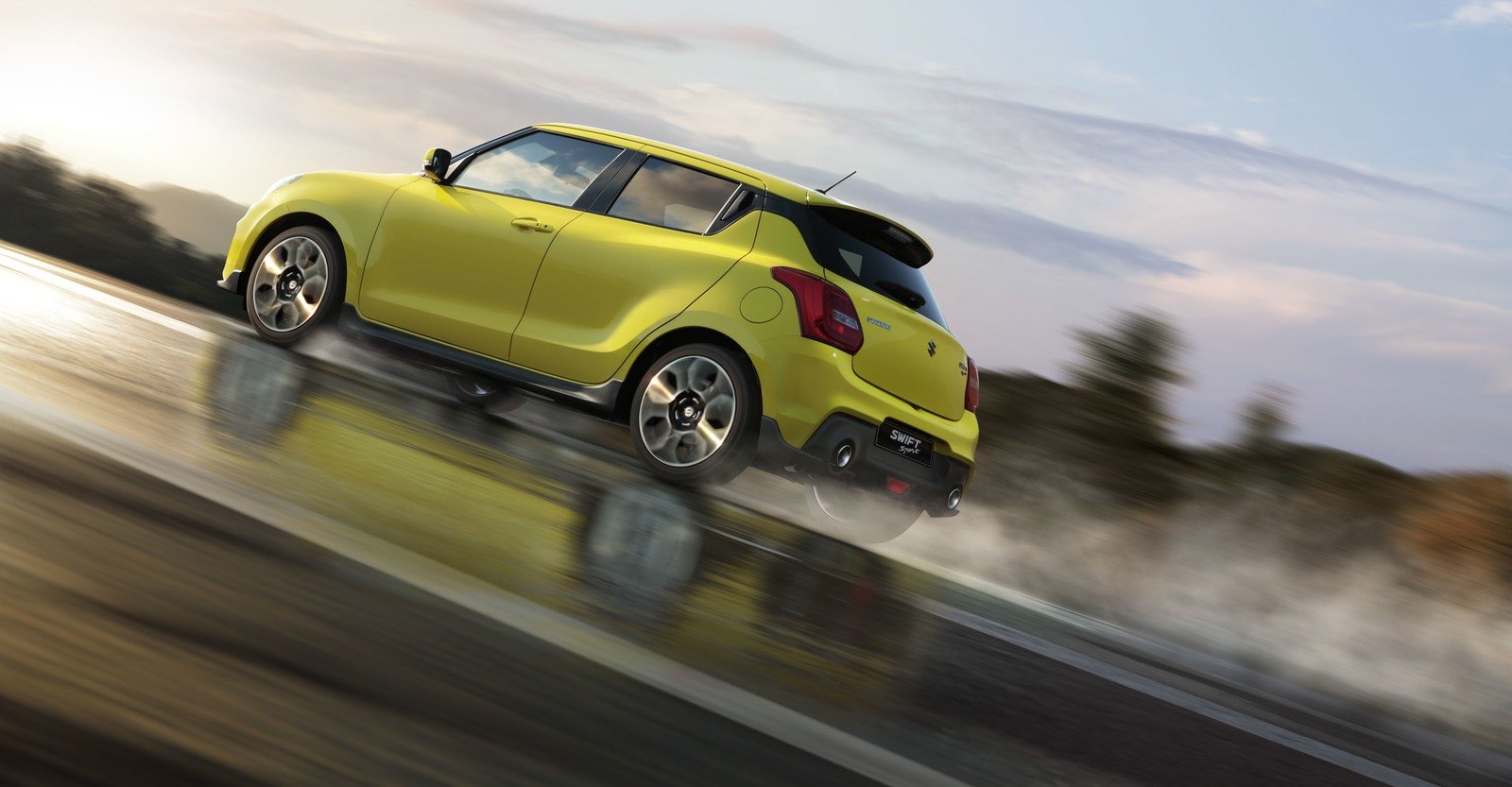 All that low weight, cleverly tuned suspension should continue to offer a blast of fun on a budget. It doesn’t hide huge grunt under the hood, but it has a tonne of nimbleness, which some of bigger players are missing. And very importantly, Swift Sport should start at around £14k ($18,5k) in the UK when it arrive next year, meaning all the saving on horsepower translates to the preserving of your wallet, while it never cuts on enjoyment. So, 2018 Suzuki Swift Sport still stacks pretty well under this blue sky.