The original Insight was a two-door economy box that wasn’t good for much else other than commuting. However, times change and Honda released a 2nd generation which was quite a bit better. Sadly they discontinued that car a few years back as it didn’t sell all that well anymore. Well, we have some good news. After 3 years of absence, a new model is finally going to hit the market with the upcoming 2019 Honda Insight. While there are still a few missing details, the new model is set to be quite a bit more impressive than its predecessor. The car will be more efficient, better to drive and slightly faster too.

However, while the car will improve, its purpose is not going to change. The new Insight is still going to remain an economy hybrid car. In fact, if the rumors are correct then it may become the cheapest hybrid on the market. As we have said, the details are still scarce but it looks like the new car is going to use the same modular architecture as the Civic. This means it will grow in size when compared to the older model. 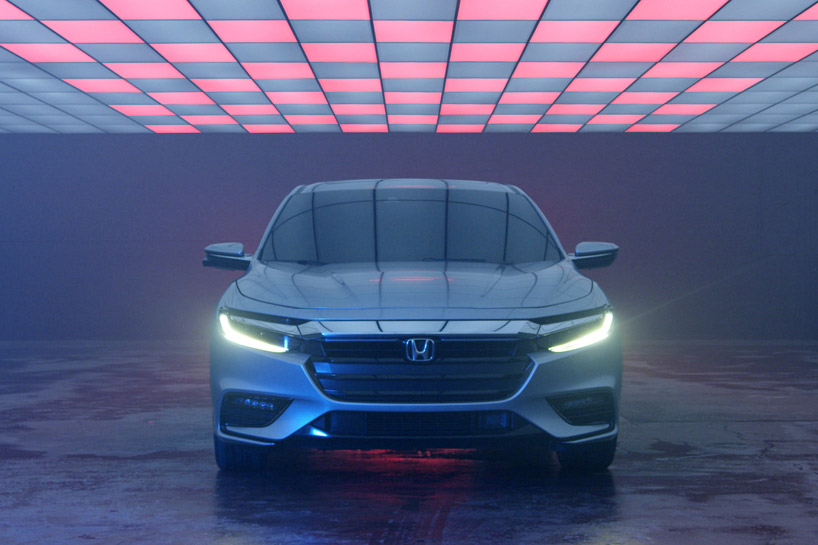 The car will be both wider and longer and it will feature a longer wheelbase as well. However, from the spy shots it looks like it may actually be lower. The new set of proportions will not only aid Honda with the interior packaging but it will also make the new Insight quite a bit nicer to look at.

Considering the prototypes looked ready to go, it is safe to assume the production version of the 2019 Honda Insight is not that far off. Most rumors seem to suggest Honda will fully release the car the upcoming month and it should go on sale by the end of 2018.Its price is likely going to start at under $20,000. This would make the Insight the cheapest hybrid around and it should give Honda a major lead over their rivals.

Even though Honda didn’t say all that much about the car, they did release a few pictures and renders. These showcase the finished design and they give us a pretty good idea about what to expect. The car looks a lot like the Civic sedan and it seems to be mostly identical to the sedan version of the Civic when it comes to its overall size. 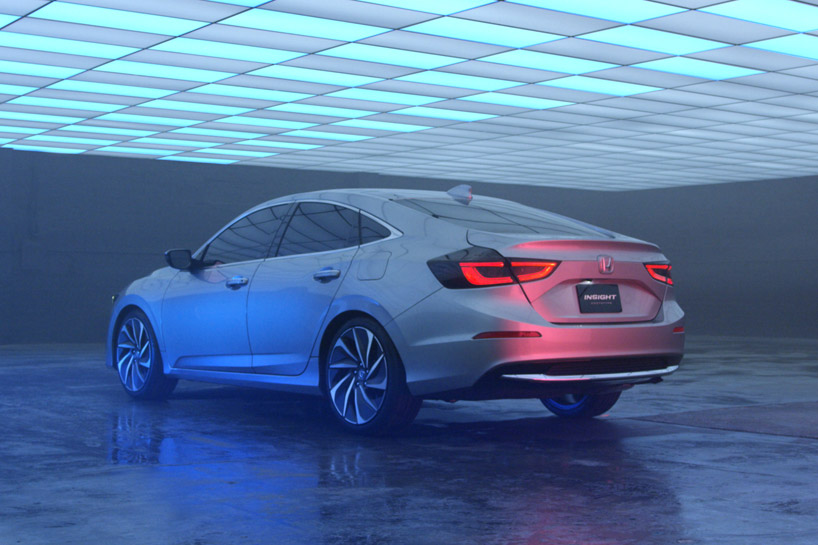 However, in the front the new 2019 Honda Insight will feature a look inspired by that of the Accord. The headlights, large grille and relatively aggressive bumper will make it appeal to the younger customers. The roof has a coupe-like line which definitely makes it look like a coupe while the rear is mostly identical to that of the Civic. The render had 18 inch rims but we highly doubt the base, or even mid-range models, will come with these as standard.

The interior of Honda Insight

The cabin of the new 2019 Honda Insight is nothing short of impressive too. Here it looks like Honda did their best in order to offer a minimalist but functional interior. The dashboard is rather void of buttons with all the controls being mounted on the center stack. 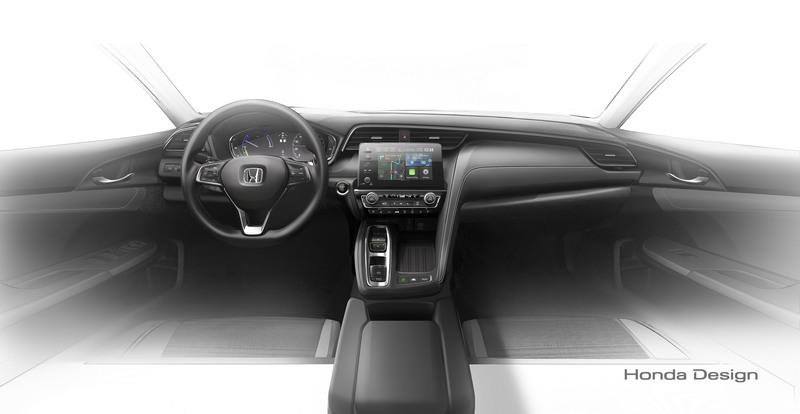 There is a fully digital instrument cluster, a three-spoke steering wheel, aluminum inserts as well as a rather nice set of materials. The seating position seems to be lower than in the Civic but this remains to be seen. There looks to be quite a bit of space available for the rear seats with the only drawback being the limited headroom.

The car will feature a 1.3 liter naturally aspirated inline-four engine which doesn’t really sound like much. However, this will be a highly efficient Atkinson cycle unit, so it will be one of the most frugal engines around. On top of it, Honda will throw in a set of two electric motors which will aid the tiny petrol engine.

The combined output for this system will be just 98 horsepower which is not that much. However, let’s not forget the purpose of the car is to be a great commuter. With this engine it should easily achieve over 50 MPG on average which will definitely make it one of the better selling cars in the US.