Do note that Honda was involved in the electrification from early days if you haven’t notice that already. Prius was the first mass-produced hybrid in 1997, but it hasn’t reached US soil until 2000, which gave an opportunity for Honda in 1999 to disembark its ships full of “Insights” (pun intended) on American shores before legendary Toyota managed to arrive. Insight hasn’t even remotely achieved the amount of Prius’s fame later, but that didn’t discourage or refrain its maker from playing with electrons. At this moment this Japanese marque offers one regular hybrid, one plug-in specimen, two pure EVs (yes, you can still lease Fit EV) and even one fuel-cell vehicle. If we take Acura into account, that would be also three extra numerals. Current trends prohibit slowing down once on these premises, so Frankfurt Motor Show housed a glimpse of future in shape of Honda Urban EV Concept.

WHEN KEI CAR MEETS THE GOLF

Upon directing your gaze toward this concept, if a thought occurred that it looks like a blend of VW’s Golf from earlies days and unknown Japanese kei car (Suzuki Twin perhaps?), we won’t hold the grudge. But, not all hatches with round headlights from the past are Golf. 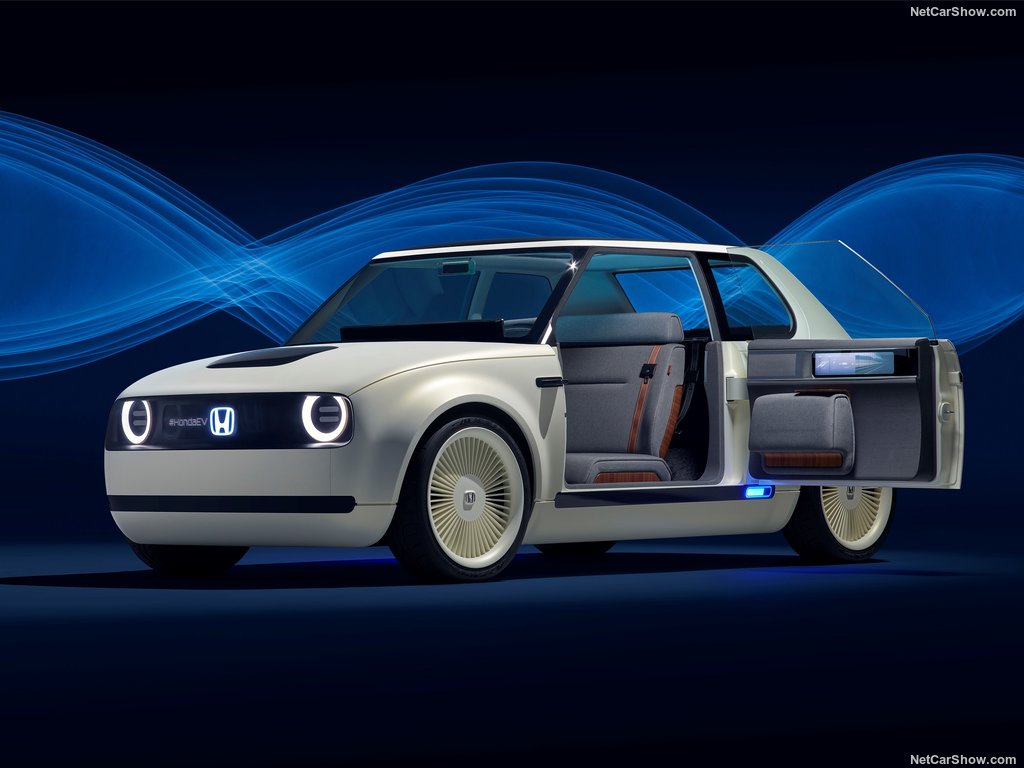 Civic in the first and partially in the second generation also featured ones, but when they finally decided to enter American market after much hesitation, they lasted barely four years before facelift forced them into a square. And there comes official inspiration for this Honda Urban EV Concept.

Whatever was the muse for Japanese designers it doesn’t matter as this Concept is as cute as hell. And funky as hell. And groovy as… you get it already. It is simply adorable. And it has a bunch of futuristic gizmos. 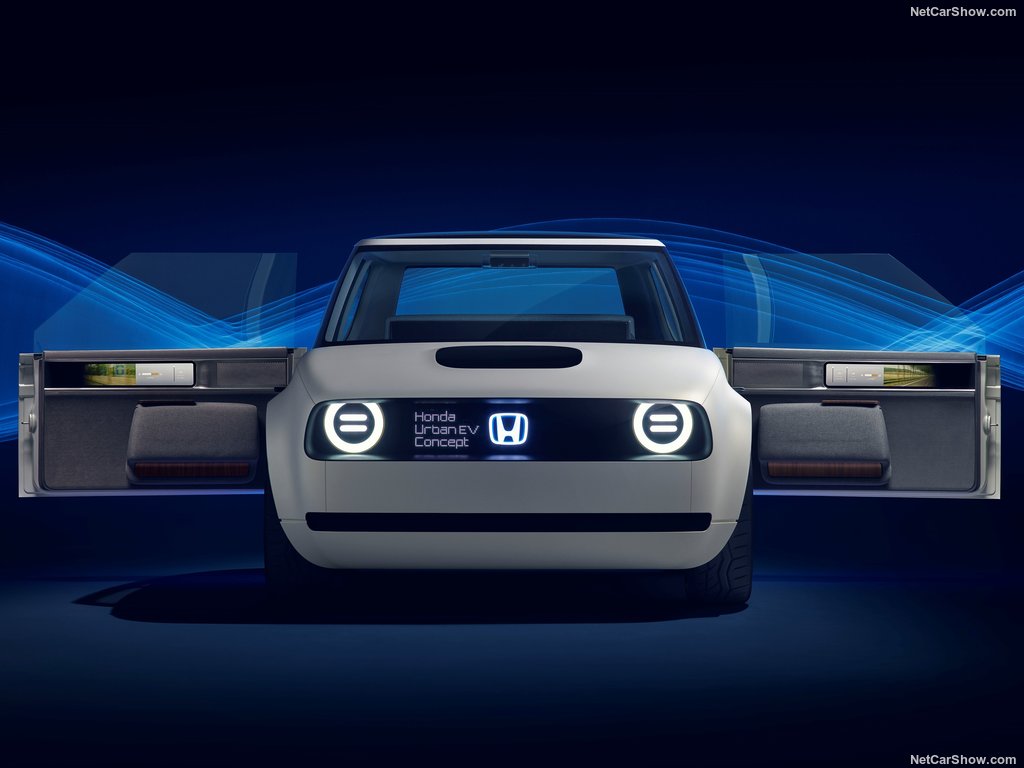 Grille and space between tail lights are actually screens which can display battery charge status.  Instead of mirrors, we have cameras which project the picture on interior screens embedded into doors, for which we have to admit we don’t see any brighter future than the one for current LaneWatch. 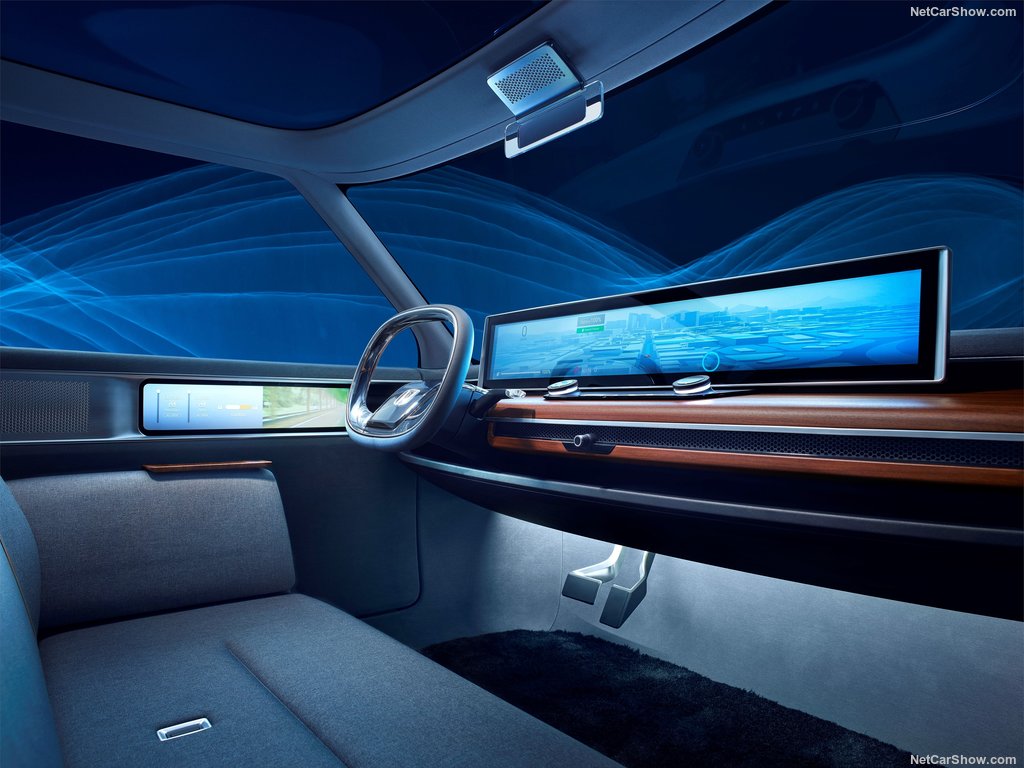 This little peppy thing also has suicide doors, wooden dash with an enormous screen, and front bench instead of seats. In kei car fashion, the concept is 4 inches shorter than Fit, but weirdly spacious inside, as long as you don’t try to go at the back.

THIS IS FOR REAL

You probably thought, “oh that’s all delightful, but after Frankfurt, it probably goes to Honda’s museum”. But no, CEO Takahiro Hachigo confirmed that production version is destined to happen in 2019. Also part of the statement was word Europe, while nobody knows whether it is going across the pond after that. If we look at current happenings with very small EVs in the US, we might acknowledge that Fiat 500e, Mitsubishi i-MiEV, and Smart Fortwo ž aren’t “especially” proud of their sales figures, while on old continent tiny Renault Zoe is blasting the charts. That maybe puts the US under the question mark, so it is left to be seen, as much is for power figures and driving range which Honda hasn’t announced yet.