Mercedes did a wonderful thing in 2004. It merged large sedan with coupe shape and breathtaking CLS was born. Genuine work of art established a new segment that gradually started to fill, leaving us now with plenty of specimens following four-door coupe recipe in many echelons of the automotive world. That makes its job of keep stunning us with its visual perspective more complicated as its own shelve now house also Audi A7 and BMW 6 Series Gran Coupe. The current generation of CLS is the second one, it was introduced in 2010, so 2019 Mercedes-Benz CLS is on the way.

While current model is undeniably gorgeous in its appearance, we just can’t shake off the memories of the everlasting beauty of the initial version. It was just so elegant, so sophisticated, so clean in its design, while its grandiosely sculptured tail is more mesmerizing and better to stare at than Venus de Milo. That’s maybe petrol running through our veins doing the talking, but still… The second generation brought sharper visual approach, still very attractive, but it somehow violated grace of its elegance. 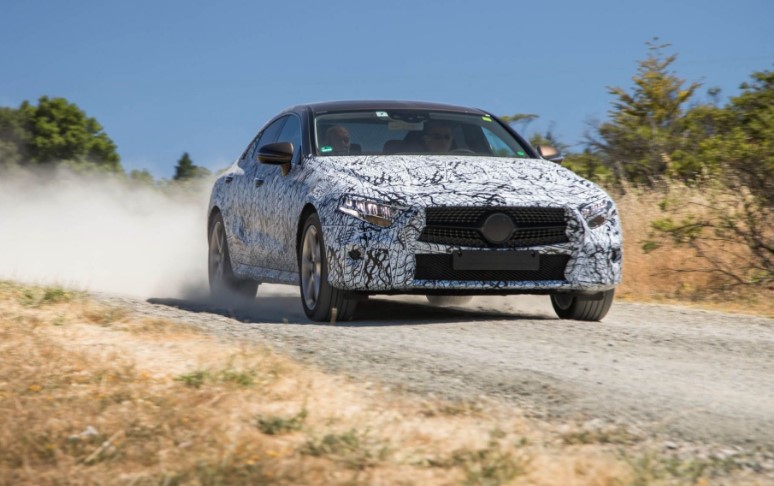 Now Stuttgart goes back to the beginnings judging by camouflaged test mules. Headlights will become even sharper, but whole rest of the deal will return to more rounder approach (introduced by latest E-Class coupe), wildly surpassing even original’s one. Everything seems very curvaceous, smooth and devoid of any visual aggression (apart from mentioned headlights), which will probably include tail lights presumably molded as the ones from brand’s coupe models.

The shape of the cabin is basically known as pictures of it freely exist. CLS will no longer have its own interior design, which resembled E-Class’s in the past, but it wasn’t the same. In this case, this sleek sedan will borrow interior from E-Class Coupe model in total, which bears the prettier shape of the vents compared to regular sedan version. 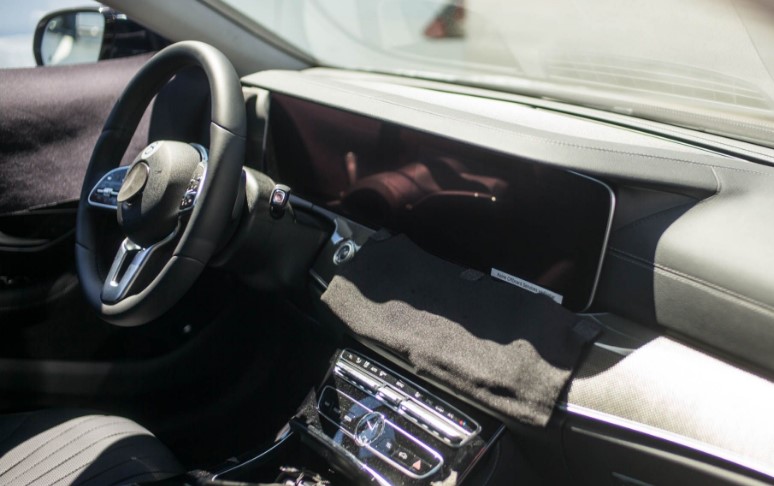 Rest of the deal signifies pure luxury and lavishness, still managing to justify is $75k starting price tag, despite E-Class offering the same starts notably lower. As especially mentioned worthy are two huge 12.3-inch screens, one playing the role of the instrument cluster, other in charge of infotainment features. As for rear interior practicality, CLS sits between its coupe and sedan siblings. 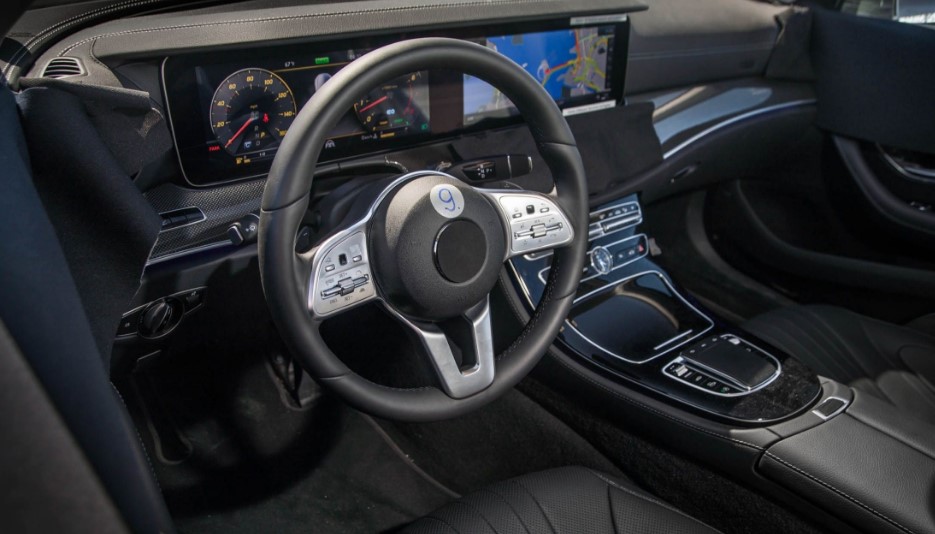 Sure it has rear doors beating the coupe in ergonomics, but sloped roof steals head space and aggravates in and out activities compared to the conventionally shaped sedan. Still, it is the incredibly sweet spot between beauty and comfort, and giving that four-door version of AMG GT model is still away when 2019 Mercedes-Benz CLS debut next month it will reign in peace for some time more as the most alluring four-door thing from Stuttgart.

New CLS will expectedly use E-Class platform, but it will “nick” some S-Class bits. Actually, it won’t steal anything, because soon all brand models will replace current twin-turbo V6 for the new six-cylinder engine, that debuted in new S-Class. And what an engine it is! It is turbocharged, supercharged 3.0-liter L6 (Yes, Merc is back to inline setup!), joined even by an electric motor. Still, it is just form of very mild hybrid assist setup, but 48-volt electricity, so hot topic these days, is there. Power figures will sit at 367 hp and 369 lb-ft of torque, so 40 extra horses, which will be enough for it to reach 60 mph in 5 seconds.

Merc will introduce milder AMG version currently dubbed with 43 numerals in brand’s lineup, but as that version transfers to mentioned new inline six, it will receive 53 lettering, along with additional 34 hp (430 in total). Finally, if you hopped that full-blooded AMG 63 version will swap previous twin-turbo 5.5-liter V8 for astonishing new twin-turbo 4.0-liter V8, we are said to inform you that angriest version of CLS will not arrive at all. If you yearn for that sublime V8, upcoming four-door AMG GT model will be your only choice as far as Merc’s blends of coupe and sedan go.