BMW started its roadster Z line up in 1989 with Z1. Yet, Z1 was limited in production and lifespan, and rather weird with its sliding “slash” disappearing doors, while finally it could be hardly deemed as pretty. In 1995 neat and more conventional Z3 emerged and proper bloodline was set. Then arrived Z4 in 2002, which was replaced by, not Z5, rather a Z4 again in 2009. Beemer obviously likened the number “4” so despite some rumors suggested that new Z5 is coming, older moniker remains. While we are all eager to see brand new roadster from Munich, we will try to quench our thirst with BMW Concept Z4 which arrived first as a herald of the near future.

According to the concept which might be a close depiction of the production version, new Z4 will depart from Z’s past that dictated shape constrained with enormously long hood followed by a small and pinched tail. This time cabin seats closer to the middle, meaning its stops shouting about its front mounted engine. We don’t say that it looks like a mid-engined car now, rather a better proportioned one, slashing handsomeness gap that existed between it and stuff like Jag’s F-Type. 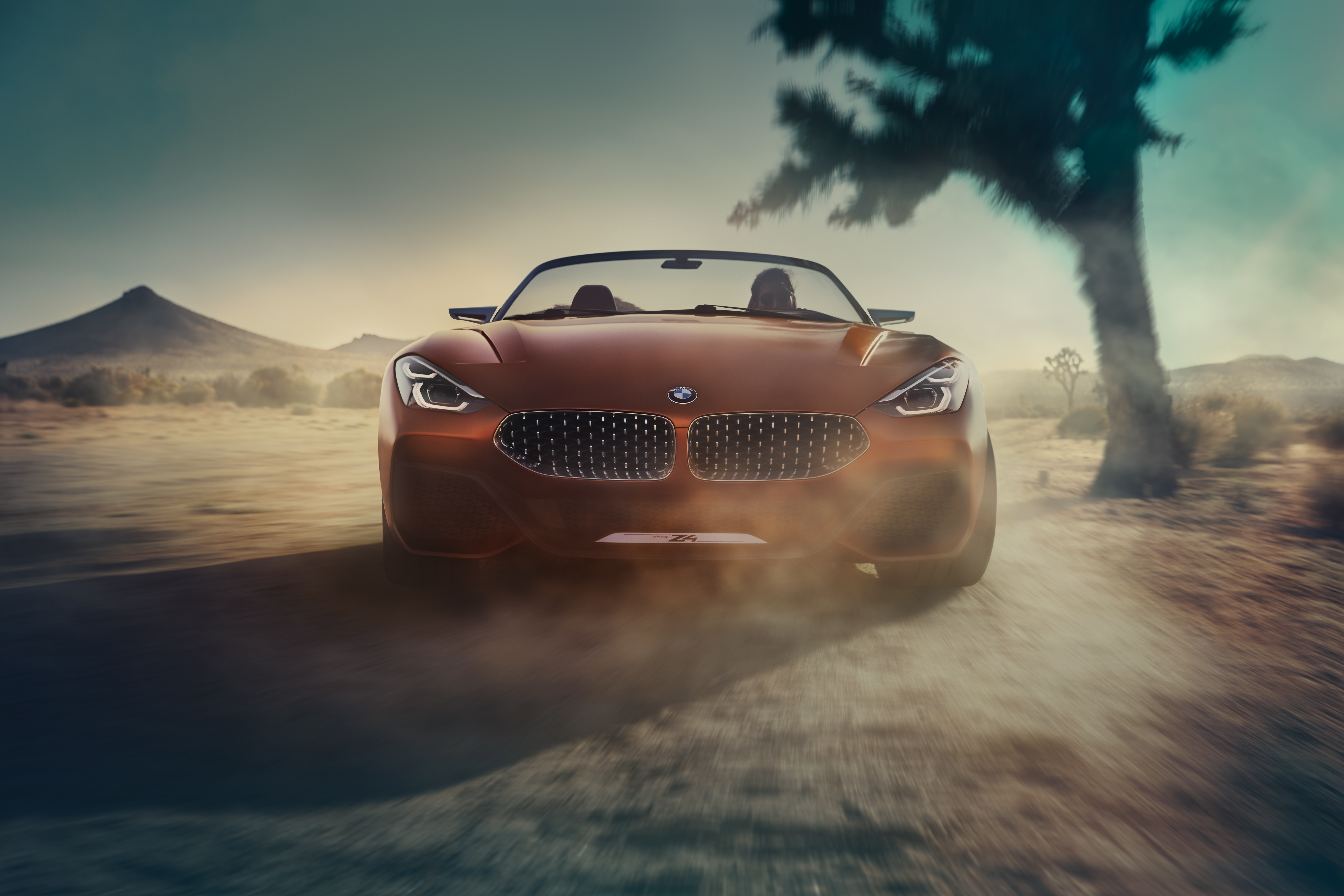 Germans also brought back the basics by reviving a soft roof, which was present with every Z, apart from last one. Anyway, this thing is a plain gorgeous. Shark-like fascia is the best of them all that we saw from Beemer ever, including 8-Series concept, and same goes for the dynamically carved body, very aggressive shaped intakes, delightful flying buttresses, and very seductively sculptured tail. Interior, on another hand, is a milder evolution of current design language, which just infuses a moderate dose of simplicity to present happenings.

Germans never dealt with concept’s specs, so we are going to focus on leaked info and rumors that surround upcoming production version. The platform is jointly developed by this maker and Toyota, where BMW intends to offer a roadster, while Japanese plan to resurrect Supra coupe. Both will be rear wheel driven off course, and Beemer should start with a turbocharged 2.0-liter engine with probably around 250 hp and then jump to M Performance model with 3.0-liter turbo inline-six and possible 355 hp (as in current X4/X3 M40i). Whether the proper M version will emerge eventually, with the same L6 but significantly boosted power figures, we are not sure. Finally, besides 8-speed automatic, a manual option will co-exist here, but not in Supra’s case allegedly. 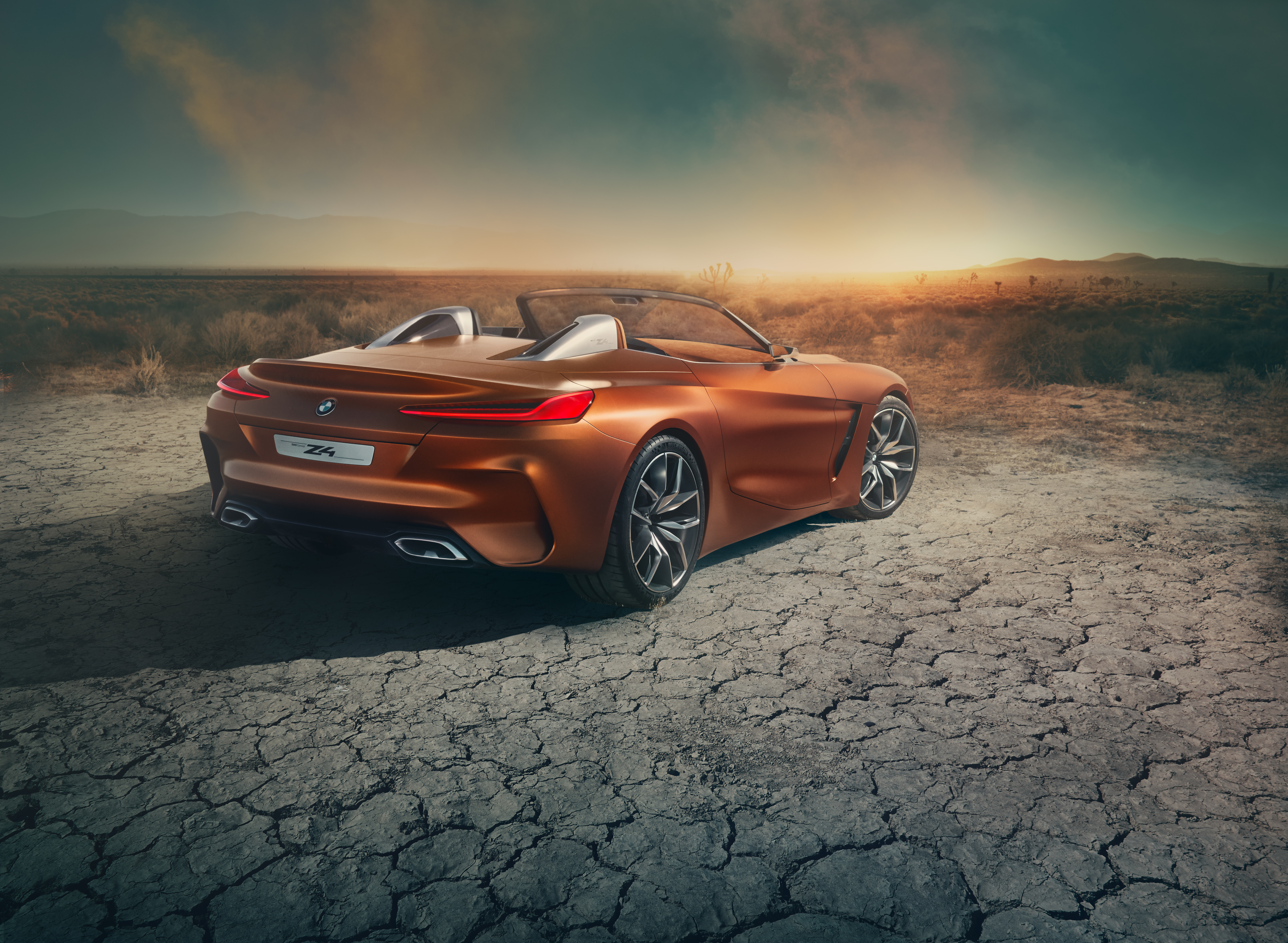 WHAT WILL HIT THE ROAD EVENTUALLY?

Good question. If BMW Concept Z4 hit the roads as production version and shaped as it is, our jaws will drop every time it strolls along our street. Still, spy shots of masked mules are not so promising, as angriness of the fascia seems muted, the majority of energetic undulations seems absent, size of deck lid spoiler makes it barely visible, and no, we don’t have those splendid flying buttresses. We will keep our reservations (and fears) mostly to ourself giving it a chance to disperse our doubts when it finally brakes cover during next year.