Ingolstadt decided to taste some of the weird-ish meal that Stuttgart cooked in 2004. Yet it chooses a somewhat different approach resorting to fastback shape and that gave birth to A7 in 2010, or (arguably) the most handsome Audi that was ever produced. Two years later BMW revealed its take in form 6 Series Gran Coupe. Giving that seven years have passed since the day when this “four ring” product saw the light, brand new 2019 Audi A7 is in front of us.

If you were a fan of Audi’s curvaceous approach with first A5 and A7, then you are not especially excited about brand’s latest moves. Abandonment of mentioned styling language started to unravel with a mid-life refresh of outgoing A7, while new second generation further makes a huge leap into the world of sharpness. 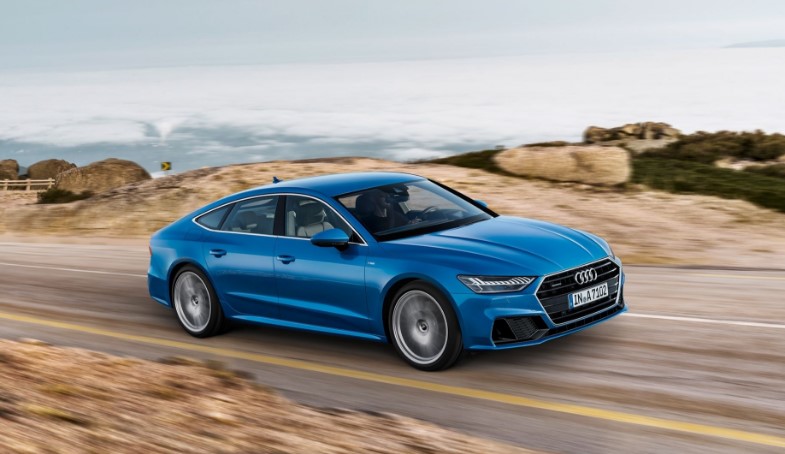 And coldness. And that’s the design prescription for many future brand’s products introduced by new A8, which generously gave wider and more angular grille and horizontal stretching tail light bar to this four-door coupe. Interestingly, when everything usually turns slimmer with each update, this time headlights are thicker, although rear ones implemented omnipresent philosophy in its fullness. 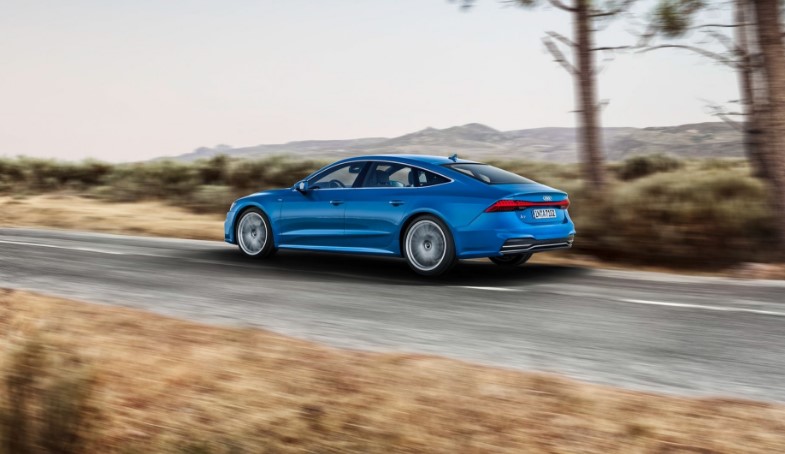 Yet, they do create a non-commendable feeling of a pinched tail. Hood received additional dynamic carvings and coupled with the new grille it generates shark-like fascia style employed by latest A5, while lower side crease follows the suit and turns visibly more aggressive. Overall, new A7 is highly neoteric obviously, but also frigid, muting some of the passion of its predecessor. Still, a light show that appears upon fiddling with the lights is probably enough to let you forget about the past (that is if you are easily amazed by gimmicks).

Before this A7 arrived, we were all convicted that beauty of current model was enough to buy it more time on the market, but nobody shared that opinion for the interior. It showed its age, so the new one has absolutely nothing in common. 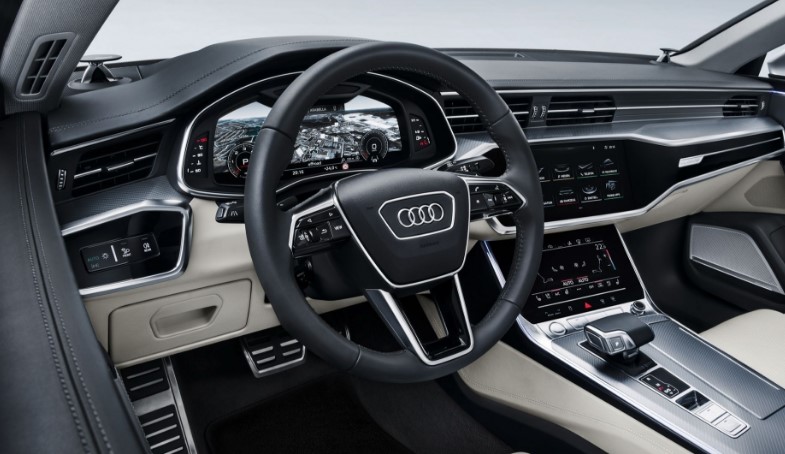 Again we have happenings dictated by newest A8, which means a lot of screens, and again overwhelmingly present “lavish asceticism” which only Audi and Volvo could pull put giving contradictory nature of those terms. Design deal is emotionless, well, at least when warm sensations are at stake anyway, while sturdiness and tenacity are omnipresent suiting its Germanic nature. 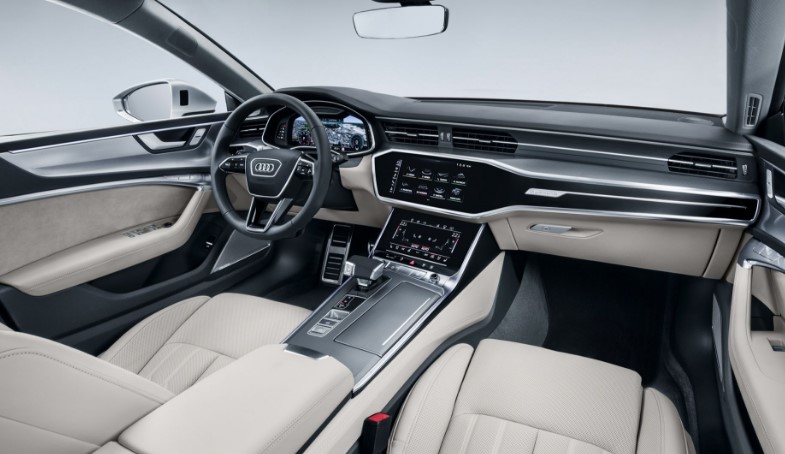 Finally A7 receives Virtual Cockpit, but that’s not all, as besides usual infotainment screen it also gets one instead of HVAC and other controls. Everything is touch based and haptic, so famous MMI controller took the road to history books. If you are a tech geek, bring a tissue as you might slobber when confronted with it. For the end, wheelbase is half-inch bigger, while rear bench can turn into two individual seats if you opt for it.

New generation, new engine. Ok, its the same 3.0-liter V6, with the same 340 hp, same 5.3 seconds of 0-60 time, and same 155 mph top speed. But, it replaced supercharger with a turbocharger, received an extra 44 lb-ft of torque (369 now), and it is joined by an electric motor. Well, it’s not technically usual AC motor and real hybrid setup, more like hybrid assist scheme with alternator/starter joined by a 48-volt battery, that was brought, again, by that new A8. Anyway, it will introduce some fuel savings be sure of that, despite there is no EV mode that you can engage on your own. That’s because the setup is capable of shutting down the engine when cruising at speeds between 34 mph and 100 mph (for a limited amount of time) and it assists start/stop system propelling the car when it starts to move. There is also a clever tech associated with same start/stop system as the engine fires up if vehicles in front of you start to move (caught by a camera), even if you don’t lift your foot from the brake, and new A7 can park itself without you in it (as does latest Beemers and Mercs).

If you fancy all the 2019 Audi A7 progress, note that North American dealer’s lots are about to get filled during next year and more likely in very late months of the same year. Price should mimic current one of around $70k, and choosing one or not became much easier. Why? Because 6 Series Gran Coupe is approaching old age status, direct replacement is under question (8 Series four door version would not be one of those), and Mercedes just choose the completely different approach with new, soon to arrive, CLS. As much as this Audi is angular looking, new Merc is curvaceous, as much as new A7 is tart tasting, new CLS is luscious. Pick you flavor in upcoming days, and don’t try to fool anybody by stating that both could actually suit your palate.