It was all rosy for Audi Q3 when it debuted in 2011 (2014 for the US), when it met two-year-old BMW X1, although it was instantly joined by Evoque. Buyers started to swarm “four-ring” dealer’s lots and Q3 soon emerged as best selling SUV in Europe among its type. Even the arrival of Merc’s GLA hasn’t shaken its good sales foundation on old continent (where big numbers lay for small SUVs), but things changed when new X1 arrived. Beemer has done some serious and comprehensive revamp of its compact crossover and last year it took sales title from Q3 in Europe, beating it also in the US, while GLA posted better figures on American soil than it from the beginning. Plus, Infiniti QX30 recently joined the game. As current Q3 lost the momentum with all these adversaries, they should be soon tackled by brand new 2019 Audi Q3.

IT’S ALL ABOUT THE GRILLE

New A8 debuted with significantly wider and more rectangular grille, and we saw a similar deal with spy shots depicting future A6 and A7. New Q3 has nothing but to follow a path set by bigger siblings. In that sense test mules caught by photographers reveal that grille has stretched horizontally causing shrinkage of side intakes, but an enlargement of the lower one. 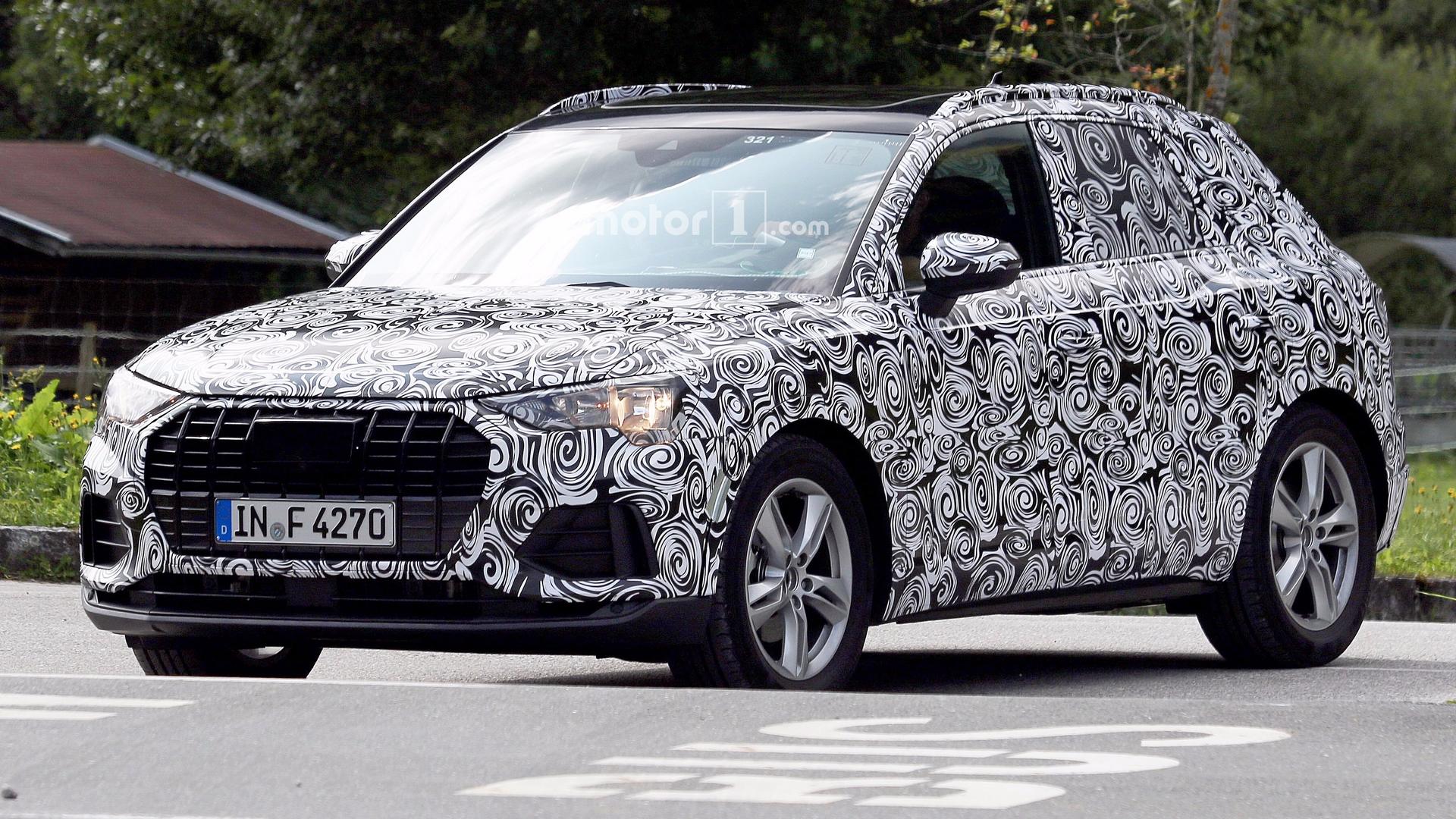 Headlights now merge with it, while their shape is sharper, more complicated and somehow in resemblance with X1’s. Side mirrors left the corner of the windows and relocated on the doors, while rear glass became increasingly rakish allowing more pleasingly sculptured tail. Finally, tail lights changed perspective as they now widen toward downwards, also affecting general feelings about better shapeliness of the whole rear end.

Spy photos of the interior are nonexistent, while we are honestly hoping that Audi will bring a new one up to its own standards. Even smaller sub-compact Q2 (not available in the US) has a much more pleasing interior deal than current Q3, which is plagued flaw’s abundance. Fit and finish and used materials are fortunately up to the task, but nothing else is. 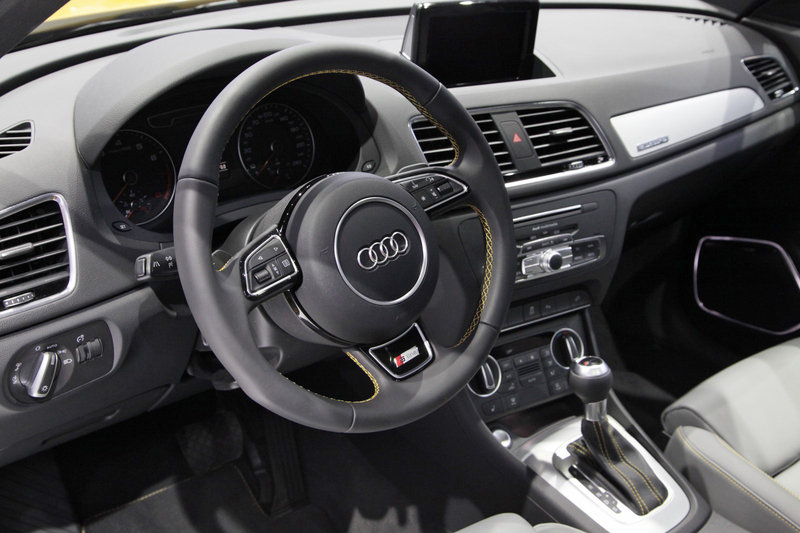 Seating position, especially in correlation with steering wheel location is simply too high (or weird when more directly said), which is naturally followed by the ungainly shaped dash and terrible positioning of the HVAC controls. This is the proof that even “God of interiors” can miss sometimes, but it didn’t have to blunder that much. Again, hopefully, Germans will gather their senses with a replacement in question.

We have nothing on possible engine lineup, but we would definitely wish to see some changes. Current turbocharged 2.0-liter L4 delivers 200 hp and 207 lb-ft of torque which propels Q3 to 60 mph in 7.8 seconds. “Propels” is maybe an inadequate word as that is slower than all rivals, while “thirsty” definitely goes with its 23 mpg combined since all other sip considerably less fuel. We wouldn’t mind if new Q3 borrows turbocharged four-cylinder from bigger Q5 as its 252 hp seems more adequate given the circumstances.

We didn’t nag about power figures offered by RS version, and neither will in future, as 2.5-liter turbocharged L5 will hit 400 hp mark and possibly arrive at the US this time. Also, very importantly, it would be nice if Audi address some driving manners, currently enormously deviating from usual brand’s expectations, as they are simply appalling with the presence of body roll, bounciness, and vague steering feel. Ok, that last one is omnipresent with Ingolstadt stuff, but rest is definitely not. For the end, 2019 Audi Q3 will arrive late next year, while base price should retain current $32k level.