Back in 1970 the Range Rover was first introduced under the British Leyland brand. Back then it was offered exclusively in a two-door body style. Only a decade later, in 1981, a four-door variant hit the scene. The last time we saw a production two-doo Range Rover was back in 1994, followed by the concept-only Range Stormer in 2003. Nowadays fans of high-riding luxury get to enjoy the latest fourth generation that dropped back in 2012 at the Paris Motor Show. Now the Jaguar Land Rover is gearing up to once again offer a two-door iteration of its iconic flagship model. The new 2019 Range Rover SV Coupe has JLR’s in-house tuners, SVO taking responsibility for the build.

Jaguar Land Rover speaks about the new model defining it as the “world’s first full-size luxury SUV coupe”. This new generation looks like it is packing the best equipment, the highest output and the largest price tag ever attached to the nameplate. A full reveal is expected by this March at the 2018 Geneva Motor Show. The car was spotted while testing, and although the final product will look a bit different that the early prototype, there were some specs seen.

It looks like the production for the new 2019 Range Rover SV Coupe is limited to just under 1,000 units. It is the result Land Rover’s 70th anniversary celebration and aims the collectors looking to spice up their garage. The price could exceed the SVAutobiography’s one which starts around $200,000. So we could expect the $250,000 start price not to be out of question for the new Coupe.

The new 2019 Range Rover SV Coupe has the same boxy styling as the rest of the line. The square nose and rounded edges, straight lines in the profile, an extended rear cargo area and rectangular rear end are not missing. In the front of the car it looks like a new headlight housing with small tweaks to the design will complete the look of the SUV. The primary lighting is still up top and the daytime running light are still below, however it looks like the new model is getting housings that are more square than before. LEDs are most definitely used. 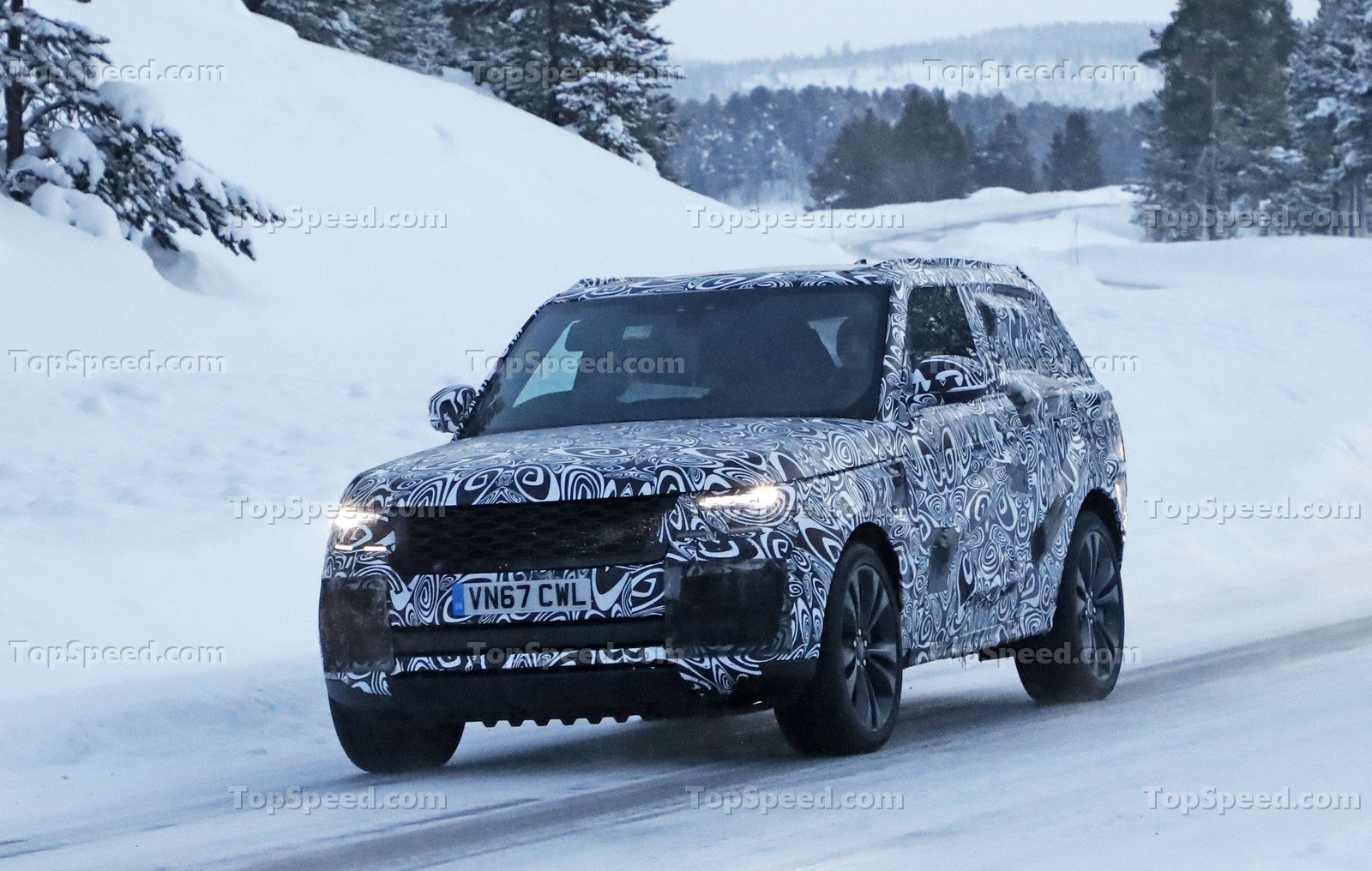 Other changes involve the grille, which looks like it’s slightly different, with a shape that visually narrows the front end and the reshaped wing elements. Looking around the flanks, the new generation seems to have a new pair of extended front doors, which would make for an ideal complement to a two-door body style. The Land Rover Range Rover SV Coupe will get just two openings for passenger ingress and egress, but there would be no surprise if JLR decided to throw a four-door coupe style into the mix, offering higher production numbers. In the rear there is a tailing edge roof spoiler, lower than we would expect given the roof line.

This premium SUV comes with an opulent and luxury style. The whole interior is split down the middle by a large central tunnel, which comes decked out in high quality wood and set in aluminum trim. In front of the rear there are a few storage cubbies placed and there are rear facing the heating, ventilation and air conditioning vents as well. A pair of aluminum-trimmed rotary knobs in piano black are also present. 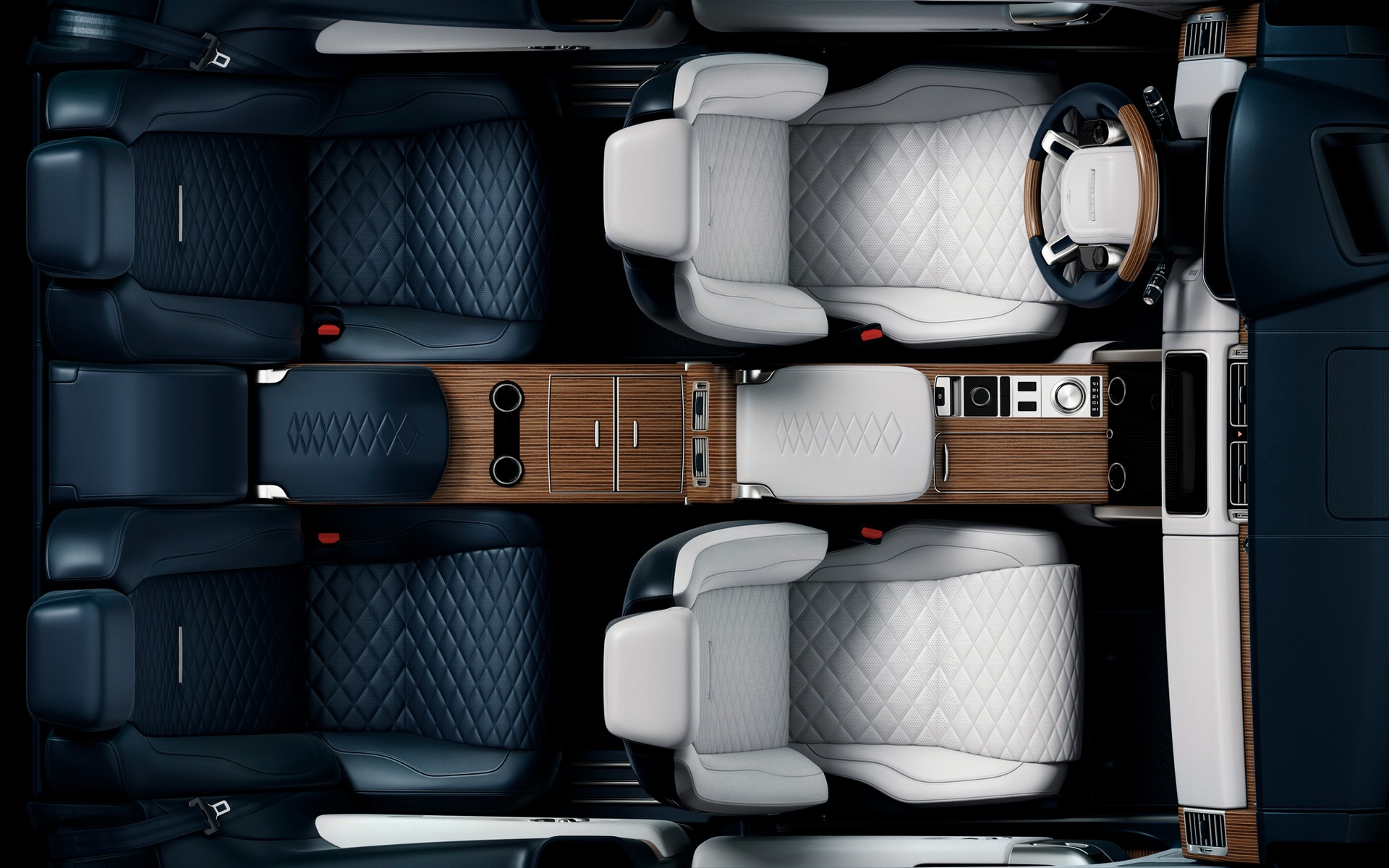 These could be used for controlling individual climate zones and the obligatory rear-facing infotainment screens. As for the color schemes, they went for an interesting split-color design layout, with white upholstery in the front and black upholstery in the rear. The seating capacity is capped at four passengers and it looks like the rear legroom is rather substantial for a two-door.

The most probable pick for the new 2019 Range Rover SV Coupe is the all-aluminum 5.0-liter V-8 currently in use in the Range Rover SVAutobiography. This would give the car as much as 557 horsepower and516 pound-feet of torque. The SVAutobiography the V-8 connects an eight-speed automatic transmission and full-time 4WD system. This propels the machine from zero to 60 mph in just 5 seconds. Still, since there is no official confirmation about the engine, we leave space for other possibilities as well. However, the expectations are that this latest two-door variant will have a shorter wheelbase and a sportier attitude, in the same time being quick on the road.