We are waiting for Toyota’s confirmation and more information about the new 2019 model. The description will be continually updated as new info will be released. We can’t wait to see the new sports-car concept at the Geneva Motor Show. We’re waiting for a new rear-drive sports car coming soon with help from BMW. The 2019 Toyota Supra is going to be quite close to Toyota’s other sports car, the FT86. However, it will also feature design cues from the FT-1 concept which was released a while back.

Re-entering the rear-wheel drive sports car game with the 86 nee Scion FR-S back in 2012, Toyota is now getting something bigger done. We are waiting for something that could be a successor to the mighty Supra, one of Toyota’s most beloved cars of all time. After months of us waiting Toyota has finally set a date for the reveal of its new sports car- March 6th, at the Geneva Motor Show. 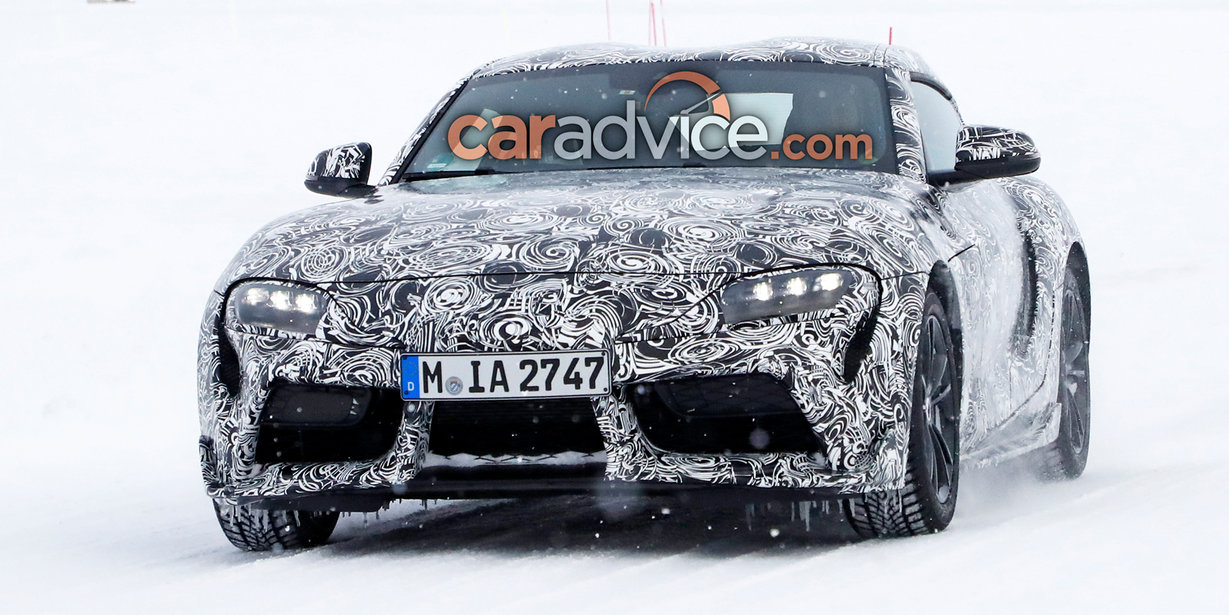 The way that it looks, it appears it will be a race-car concept, rather than a production car. What is interesting is that Toyota hasn’t confirmed the name Supra. What they stated is that they will be bringing their “most iconic sports car” back to the market, which certainly points to a revival of the Supra name, but as said before, with no confirmation yet.

The new 2019 Toyota Supra could hit the production next year and would be assembled in Austria by contract manufacturer Magna Steyr. This is best known as the company that builds the Mercedes-Benz G-Wagen. Still there is no official communication about this or about the new price for this jewelry. At first some suggested the car was going to cost over $100,000 but we are pretty sure this is not the case. Instead, the new Supra is more than likely going to hover around $50,000 thus becoming a rival for the Cayman and a few other cars.

The design of Toyota Supra

The president of Toyotas Gazoo Racing division, Shigeki Tomoyama, implied while speaking to Motor1 UK, that the new Supra might not wear Toyota badging. Instead it will be badged as a Gazoo. There was also a big promise about the Supra’s sports-car credentials: “It will be a pure sports car”. 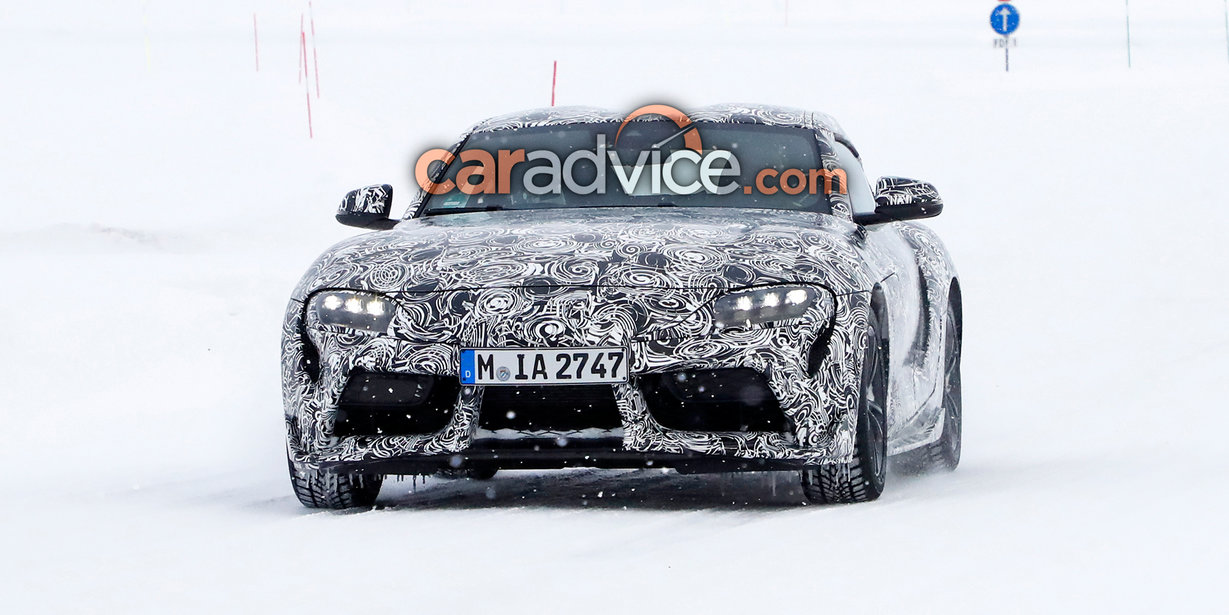 The Supra will also have 50:50 weight distributions, and Toyota is already developing aftermarket parts. The two companies are working together on engines and lithium-ion batteries, and most interestingly, a new rear-wheel drive platform. This concept form of another car set to ride this platform was already seen on the next BMWZ4 roadster, which debuted at Pebble beach this summer and promises to be a legitimately excellent sports car. 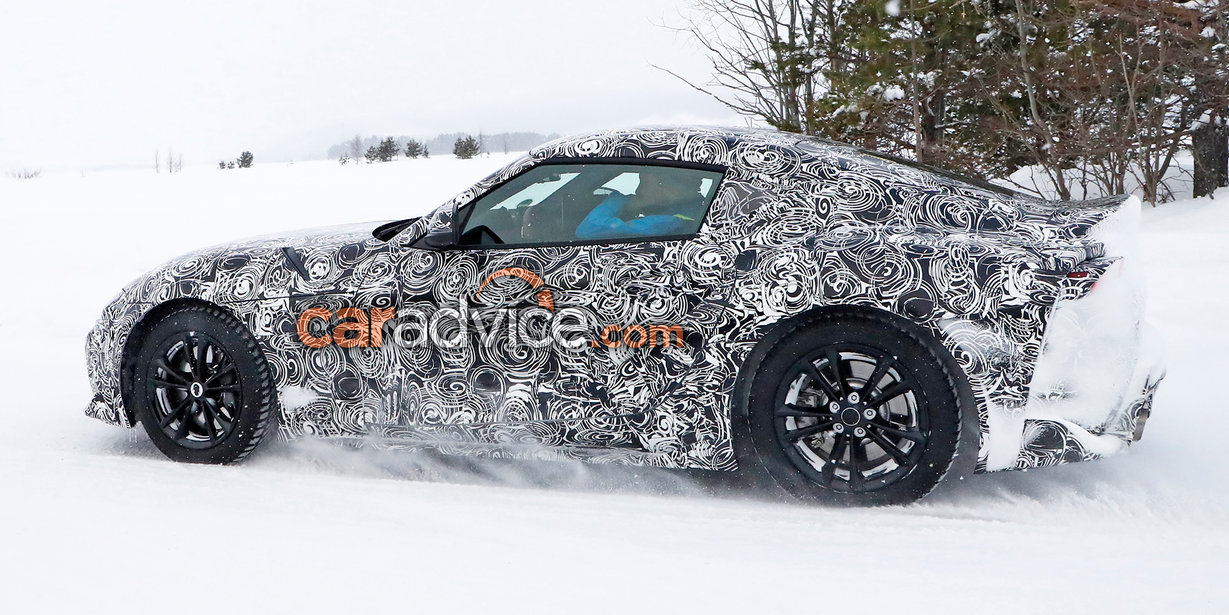 We believe that Supra might be available as hardtop only, since there were no photos or rumors showing or saying otherwise. The new 2019 Supra might be even lighter. Japan’s Best Car has claimed specs on the next-generation Supra, reporting the new dimensions with a wheelbase of 97.2 inches. The length could be 172.4 inches, the width 73 inches, the height 508 inches and last but not least, the weight is around 3284 lbs.

The interior of Toyota Supra 2019

From the front and sides, there aren’t many new revelations. The little extra air inlets were spotted in the sides of the front bumper and leading into the rear fenders. The vents in the tops of the front fenders were also seen. The center grille was not spotted. The interior of the car was not seen and there is no official communication about it. 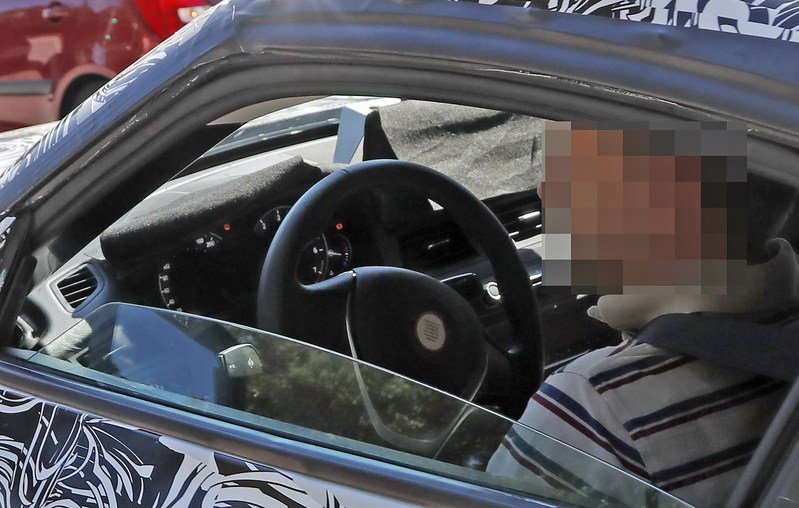 However it is safe to say that as with the original, the upcoming 2019 Toyota Supra is quite likely going to feature a relatively high end interior for the price. In terms of instrument cluster and infotainment system, the car is actually going to feature those from BMW. The dashboard should have a minimal amount of buttons and the materials are likely going to be above the average.

The new Supra could have running some sort of six-cylinder engine, based on Nürburgring videos of Supra prototypes. The 2019 model could get a V6 augmented by an electric motor, or perhaps a BMW straight-six. It might not be the only drivetrain available. The UK publication, Autocar, states that if the Supra is offered with some sort of LMP1-inspired hybrid powertrain, a manual transmission wouldn’t make any sense.