Home > Concept > Subaru > Subaru Viziv Performance Concept – Look What We Can, but We Won’t

Subaru is leading a double life. From one point of view, it throws a bunch of astonishing looking concepts at us (Viziv, Viziv GT Vision Gran Turismo, Legacy Concept…), from other, it releases out on the streets most dull looking cars that the world ever saw (Crosstrek, Impreza, Forester… or simply all of them). And now Tokyo Motor Show just housed Subaru Viziv Performance Concept. So, what does that tells us?

It probably tells us nothing, if we are to be honest. You see, same Japanese marque presented Viziv 7 Concept last year which was a very neat looking mid-size SUV, then it presented during this year Ascent Concept which was certainly muffled down Viziv 7 thing, although still affirmingly pleasing to our eyes. At the end, spy shots of the road going version revealed that it’s going to look as neither of them, meaning back to the blunt as always. 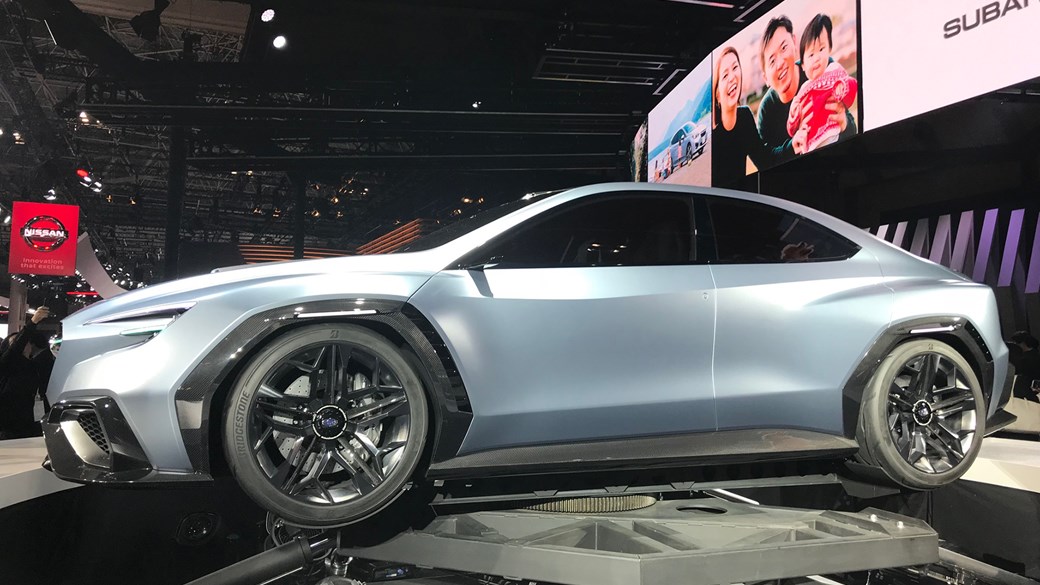 Same story happened with WRX Concept. It saw the light of the day in 2013 previewing next WRX and WRX STI model, it stole our hearts, and then production model arrived as Impreza with big hood scoop and rear wing (last in case of STI model). Viziv Performance Concept appears as the evolution of WRX Concept, and although we highly doubt in chances of its materialization, let’s see what does it bring.

Japanese brand was very parsimonious with words about the specs when this concept is concerned. All we got is the fact that engine’s internal explosions push the pistons horizontally and that outcome of that volatile behavior goes to all wheels. Well, would you take a look at that? So, they are saying that concept is powered by boxer engine, as every other Subaru, and that power goes to all wheels, again as with every other Subaru minus BRZ (which is more of Toyota’s product anyway). 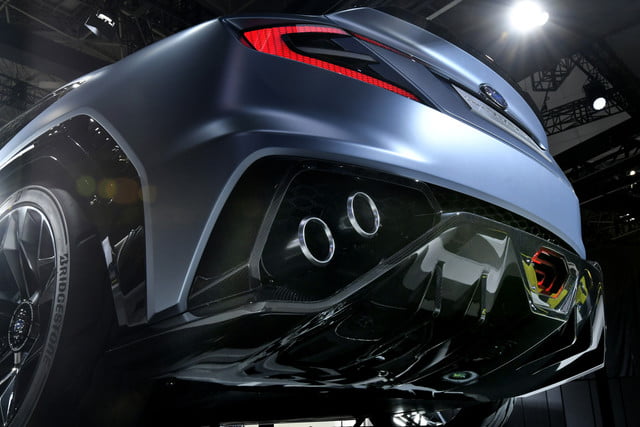 At this moment WRX is with its 268 hp from 2.0-liter turbocharged flat-four engine way more powerful than any Si, GTI, Sport, ST and Nismo rival and even if the new one doesn’t raise even one horsepower it will manage to stay perfectly competitive. Still, WRX STI boosts 305 hp from 2.5-liter turbo H4, which is fine next to Golf R and Civic Type R, but highly inferior against 350 hp Focus RS, leaving us in yearning for complete under the hood data of this concept.

As it was mentioned several times during this story, Subi makes gorgeous concepts… But tedious cars… This one is a looker too. Headlights are composed of LED strips and dots and look amazing, fenders are substantially flared, wheel arches are made of carbon fiber with incorporated vents, door handles are not visible and mirrors are cameras, while rear diffuser appears as arrived from Ferrari F12 TDF. 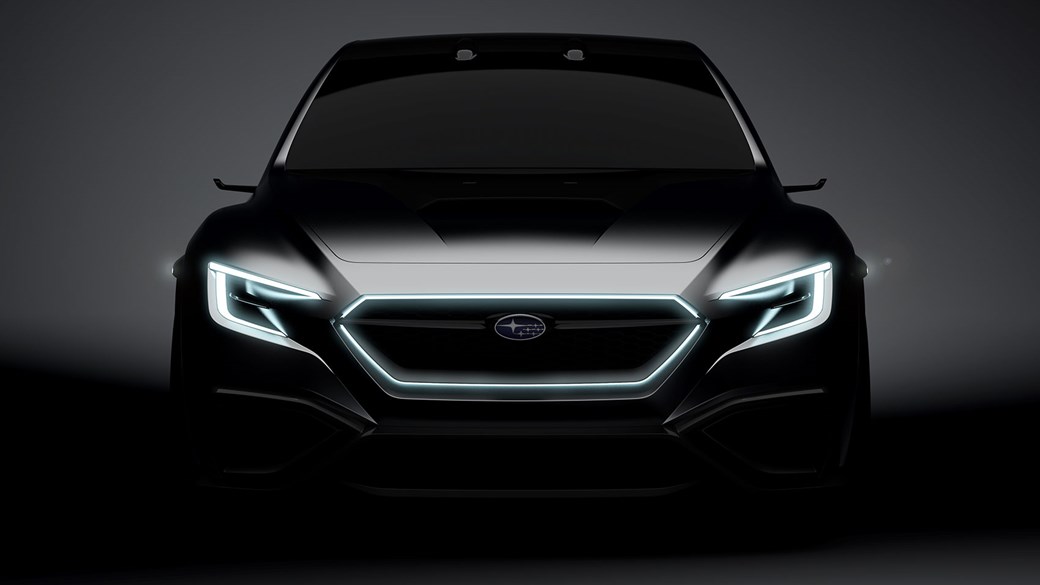 It looks angry, very angry, but not overly, thus not denouncing certain tasteful side of it, if we keep in mind its primary habitat (boyish hot hatch surrounding that is). But, as usual with “constellation badge”, new WRX will probably tweak the current Impreza’s lights, throw in a hood scoop and front side intakes, a diffuser at the back, mean looking alloys in the middle, STI will slap a huge wing at the rear and voilà! When that happens you will already forget about this concept and how cool it would be if Subi followed through with it. Shame…