BMW revealed the all new X3 a few months back as an entirely new model. The car is using the manufacturer’s new architecture and it features the latest technologies they have available. Even though the model is already available for sale, BMW has yet to release all versions. There are still two very important versions missing but it looks like one of them is already on its way. Not that long ago our photographers managed to shoot what seemed to be the future 2019 BMW X3 M. As the rumors initially suggested, this will be the model’s range topping model and it may actually have what it takes to get ahead of its rivals. For now, the Macan Turbo is the fastest car in its class but things could change soon enough.

Just like with the regular model, the X3 M is going to use the same modular architecture which offers most things one would need. However, the entire running gear is expected to change. The car will more than likely receive new adaptive shocks, lower than usual springs as well as thicker anti-roll bars. 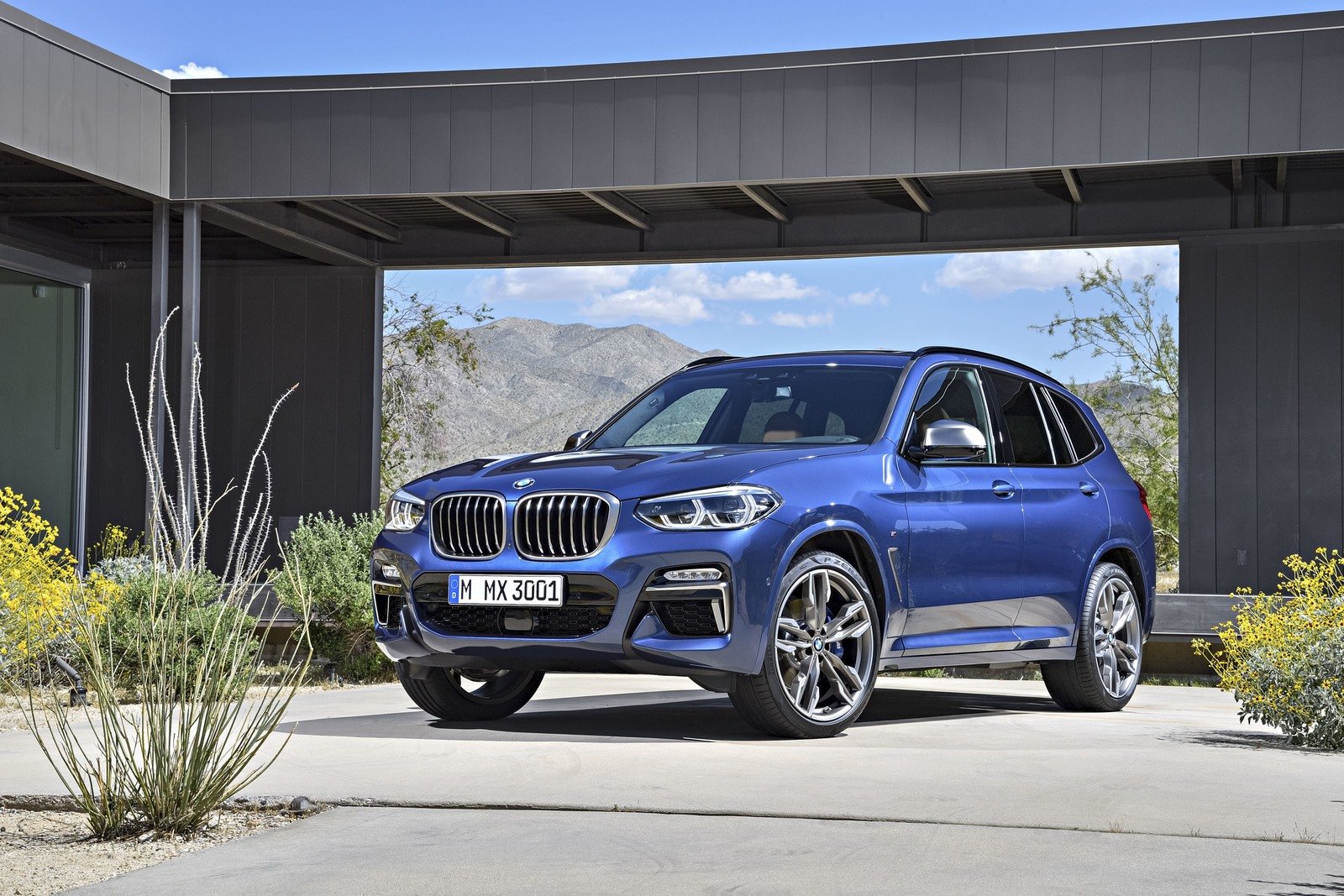 On top of that, the new X3 M should also receive a big brake kit. This would allow the car to stop as good as it accelerate and it should give the driver more confidence. The only drawback we see were would be the loss of some comfort but as the car will be the performance oriented version, this shouldn’t really be such a huge problem.

The camouflaged prototype of the 2019 BMW X3 M seemed pretty much ready to go. Because of that, it is safe to assume the production model is not that far off. If the rumors are anything to go by then we can expect the car by the end of 2018. Its price is likely going to be over $60,000 which is quite a bit of money for a car like the X3. However, it should still be well worth it considering what it will house under the hood.

The regular X3 is available with a range of 2.0 and 3.0 liter engines. Well, the upcoming 2019 BMW X3 M will change things slightly. The car is set to receive the same 3.0 liter twin-turbocharged inline-six engine from the BMW M3. This is known to make at least 425 horsepower and 406 lb-ft of torque which would make it one of the more powerful cars in its class. However, the engine is also known to be capable of close to 450 horsepower and 440 lb-ft of torque. In both cases, the car is more than likely going to use an 8 speed automatic gearbox and not the 7 speed dual-clutch from the M3. This is because the X3, unlike the M3, will offer all wheel drive as standard. Thanks to it, it should be able to hit 60 MPH in around 4.0 seconds flat and hit a limited top speed of 155 MPH which is right up there with the best in its class.

As expected from most of BMW’s cars, the X3 M is not going to change all that much over the regular model. From the spy shots we have seen so far it looks like there will be a new roof spoiler as well as new front and rear bumpers. The car will get a new front bumper with considerably larger air intakes than before. 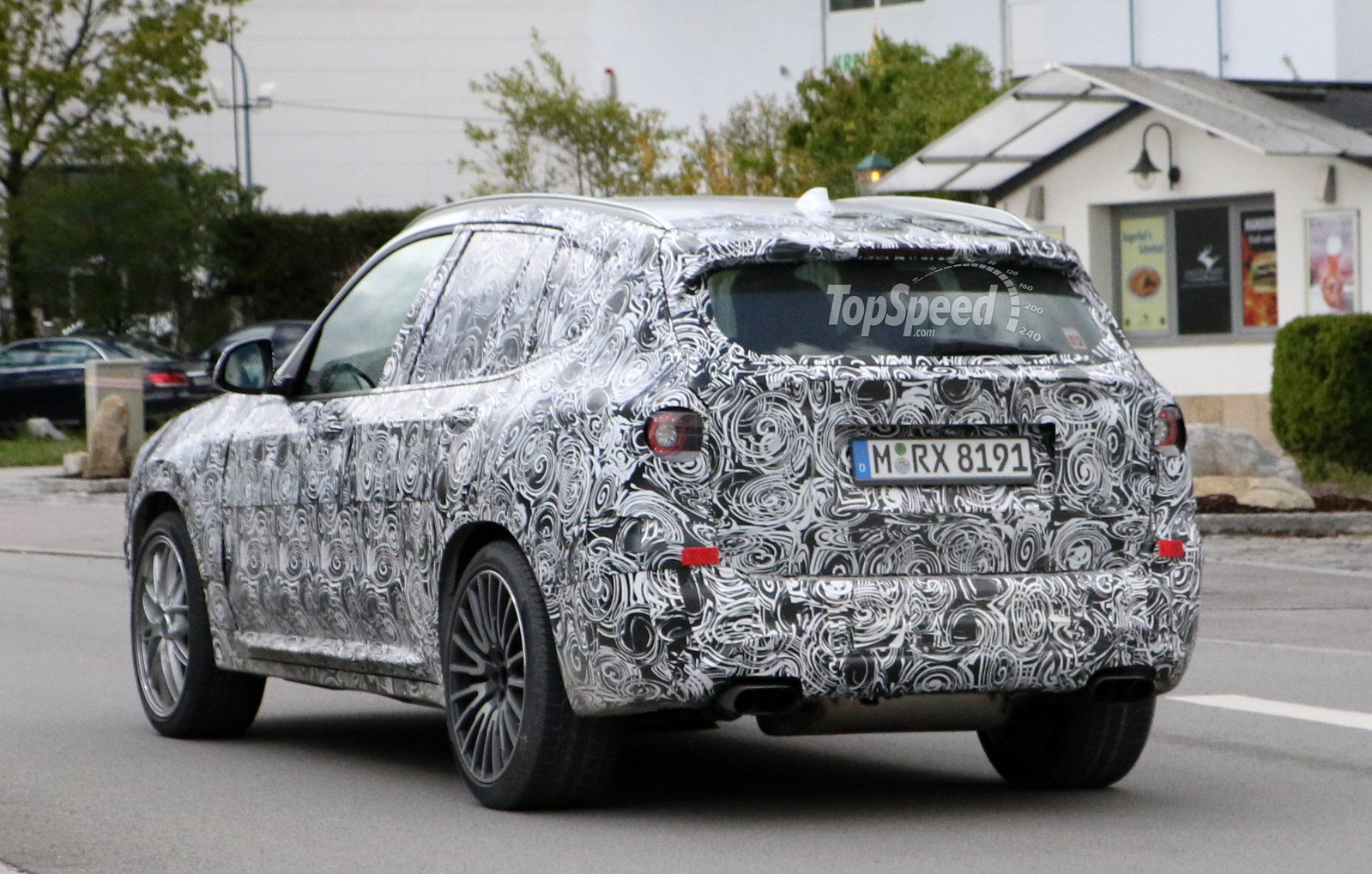 The rear also gets a new bumper with a quad-exhaust system, this time mounted towards the sides of the car. While still unclear, it looks like the car may come with 20 inch rims wrapped in high performance tires. Being an M model, the 2019 BMW X3 M will also come with a few unique colors to choose from.

Just like with the M3, the base X3 M is going to receive the gray Alcantara upholstery with the blue contrasting stitching. However, the higher end versions of the car will get things like leather upholstery, carbon fiber inserts and even sportier seats. 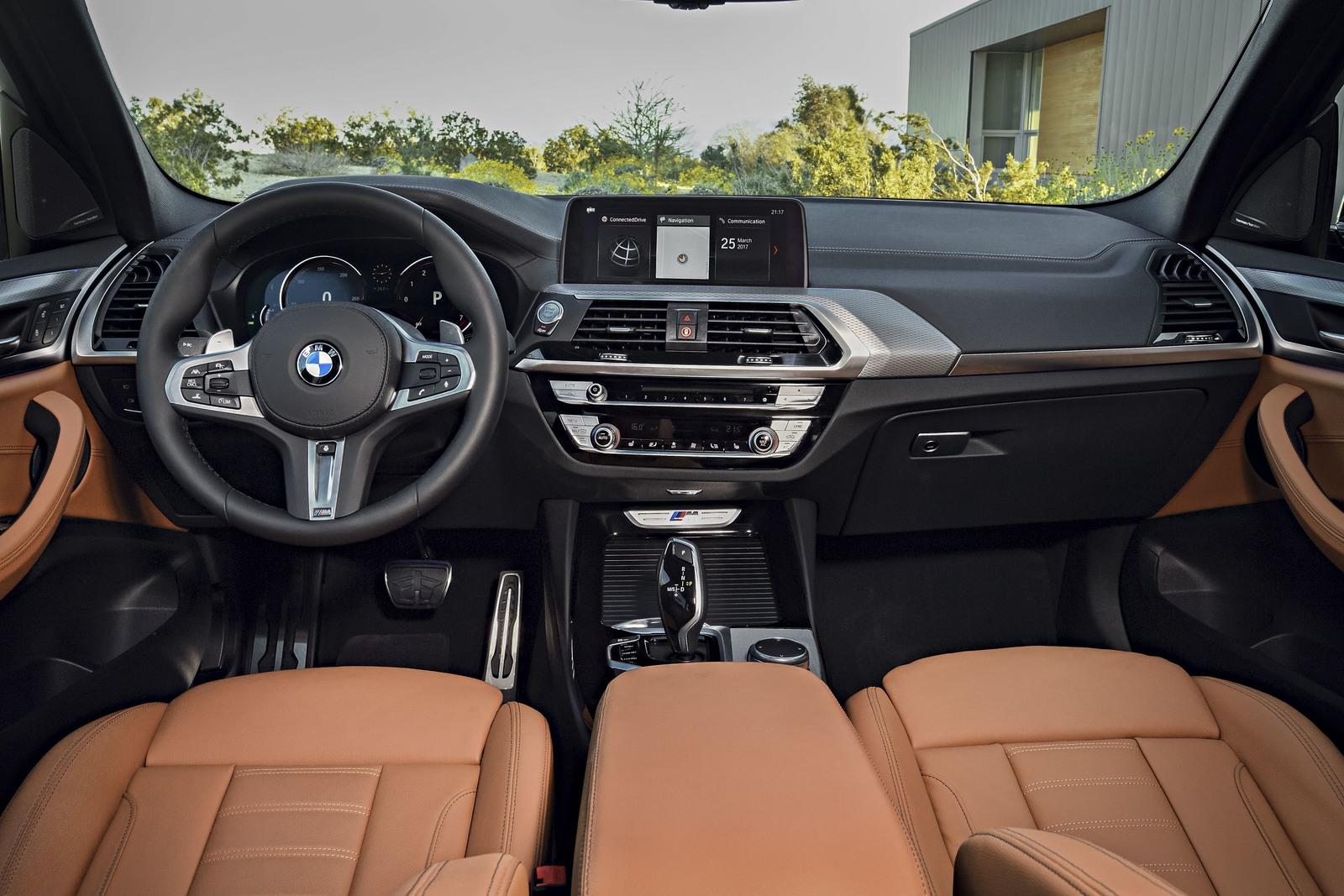 There won’t be any changes when it comes to the infotainment system or the instrument cluster. However, the car may receive a larger head-up display in order to make the driver’s life that much easier.