While its rivals already received major revisions, the A6 has been left mostly unchanged by Audi ever since 2011. However, things are about to change in the near future. Even though the manufacturer hasn’t revealed much about their upcoming mid-size luxury sedan, it looks like the car is closer than first thought. Not that long ago we managed to see a camouflaged test mule which looked pretty much ready for production. The new car is not only going to feature a new design but it will also boast new engines, a far better interior as well as other upgrades. The end result should be a better to drive sedan while also offering quite a few more features for the same amount of money.

If the rumors are anything to go by then the upcoming 2019 Audi A6 is set to hit the market by the end of 2018. Even so, we are quite sure Audi is going to reveal the car months in advance, most likely in the early 2018. Its price shouldn’t change much over that of its predecessor. The base car should still cost around $51,000, with the range-topping models going for more than $100,000.

Like its predecessor, the upcoming 2019 Audi A6 is going to use VW’s MLB architecture. However, this will be their Evo version of the architecture, so it will be lighter and stiffer than before. 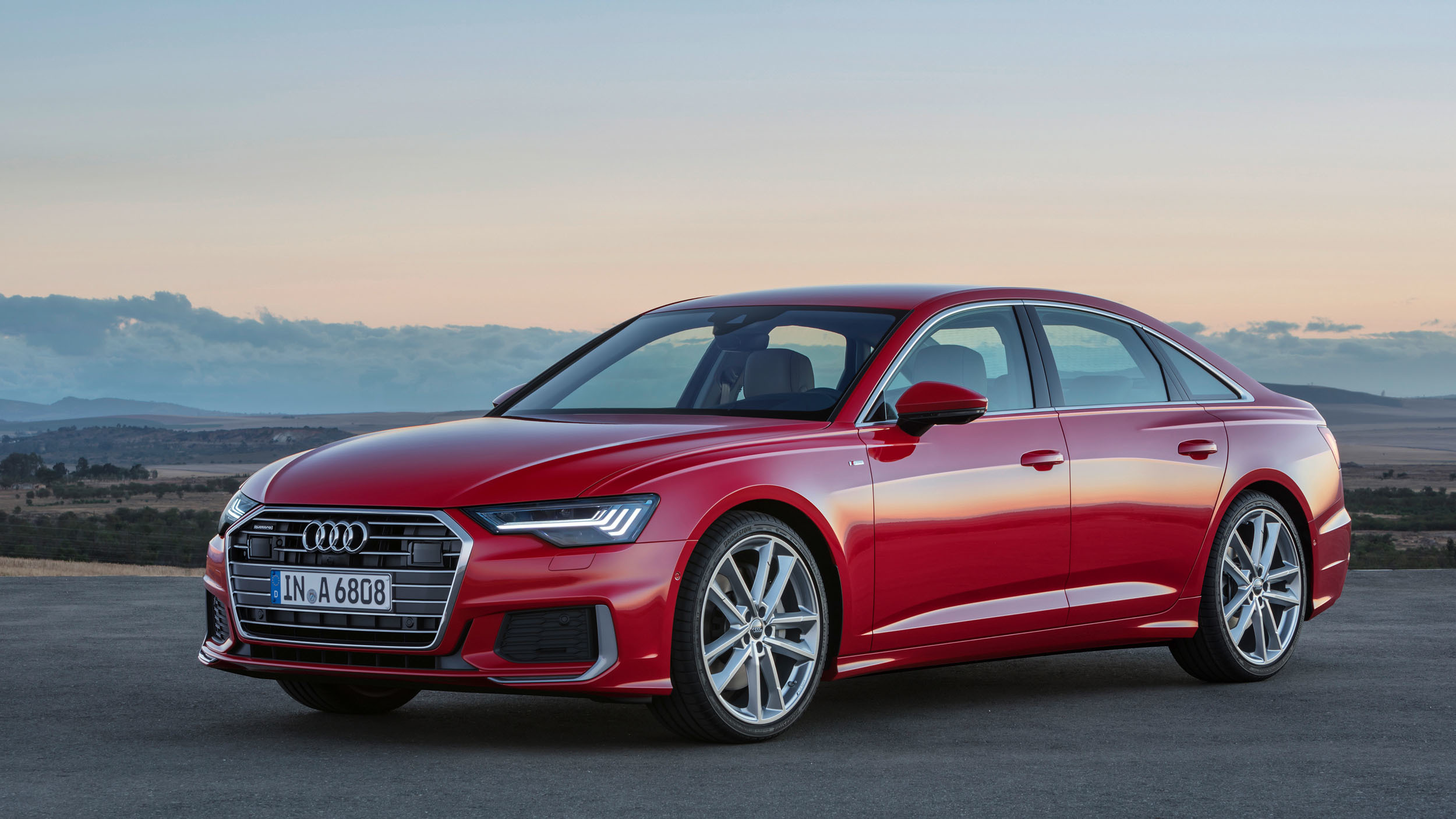 Thanks to the new platform, the new A6 should be lighter, better to drive while also boasting better NVH levels. The size of the car is still unknown but from the spy shots it looks like it won’t change all that much. The wheelbase is similar but the car may be both lower and wider than its predecessor.

The design of Audi A6

Just like with its main competitors, the new 2019 Audi A6 is going to borrow quite a few more design cues from its larger siblings. It looks like the car will feature Audi’s new corporate grille design which is considerably wider and slimmer than before. The new slimmer headlights alongside the more aggressive bumper will make the car seem wider than it really is. 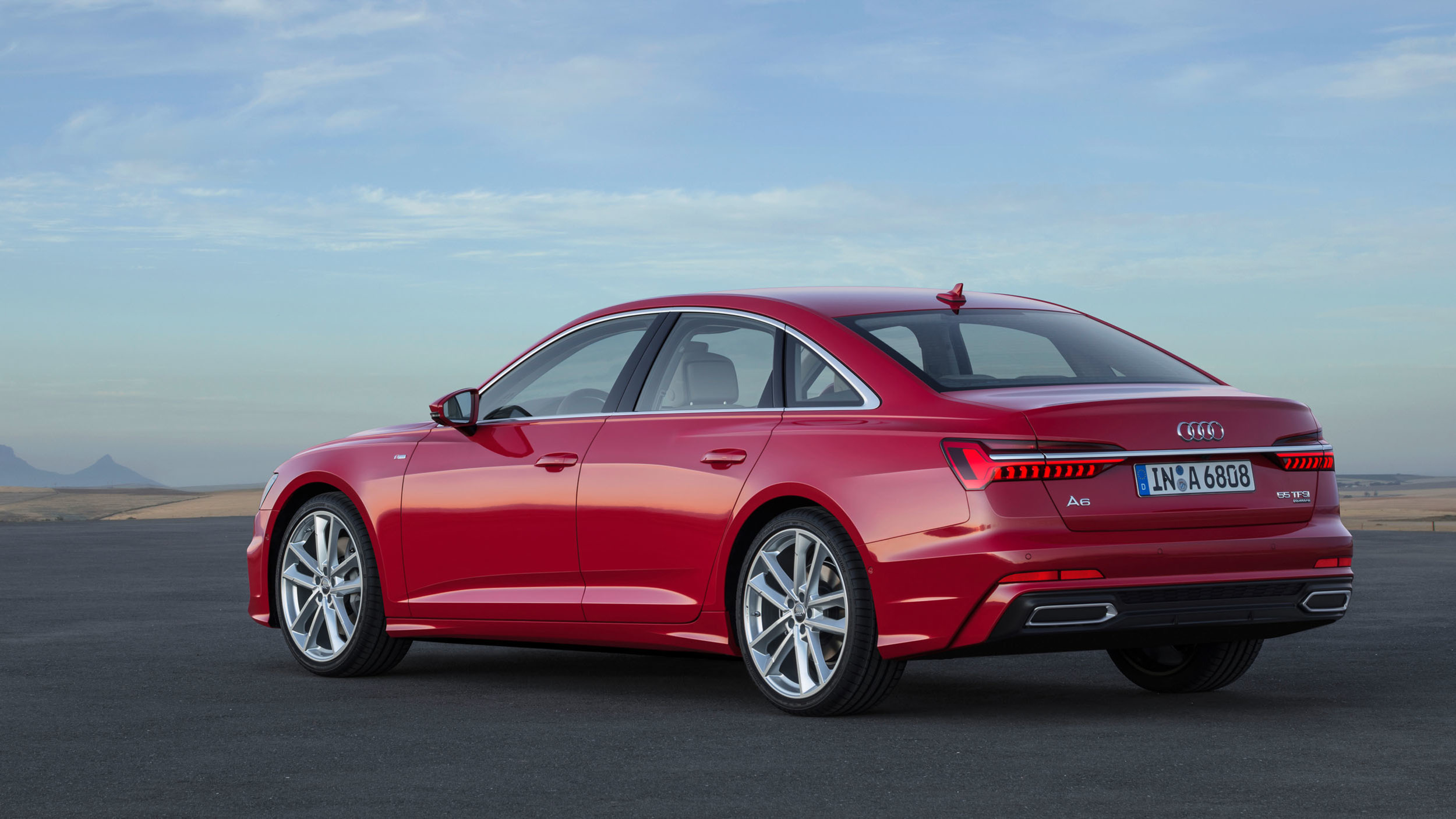 The hood-line seems to be lower as well while the roof now has a slight arch to it which is likely there in order to close the gap between it and the A7. With the new A6 Audi will also release the S6. This doesn’t seem all that dramatic either. The only real difference between it and the regular model seems to be the lower rear valance and the new exhaust system. All cars will benefit from new wheels while new colors should be in store as well.

The interior of Audi A6

So far Audi offered a rather toned down interior across most of their vehicles and it looks like things are not going to change anytime soon. The upcoming 2019 Audi A6 should still boast a minimalist cabin with a minimal amount of buttons. However, this time around it looks like it may switch the usual physical buttons for a touch-based interface which will make things quite a bit more interesting inside the cabin. 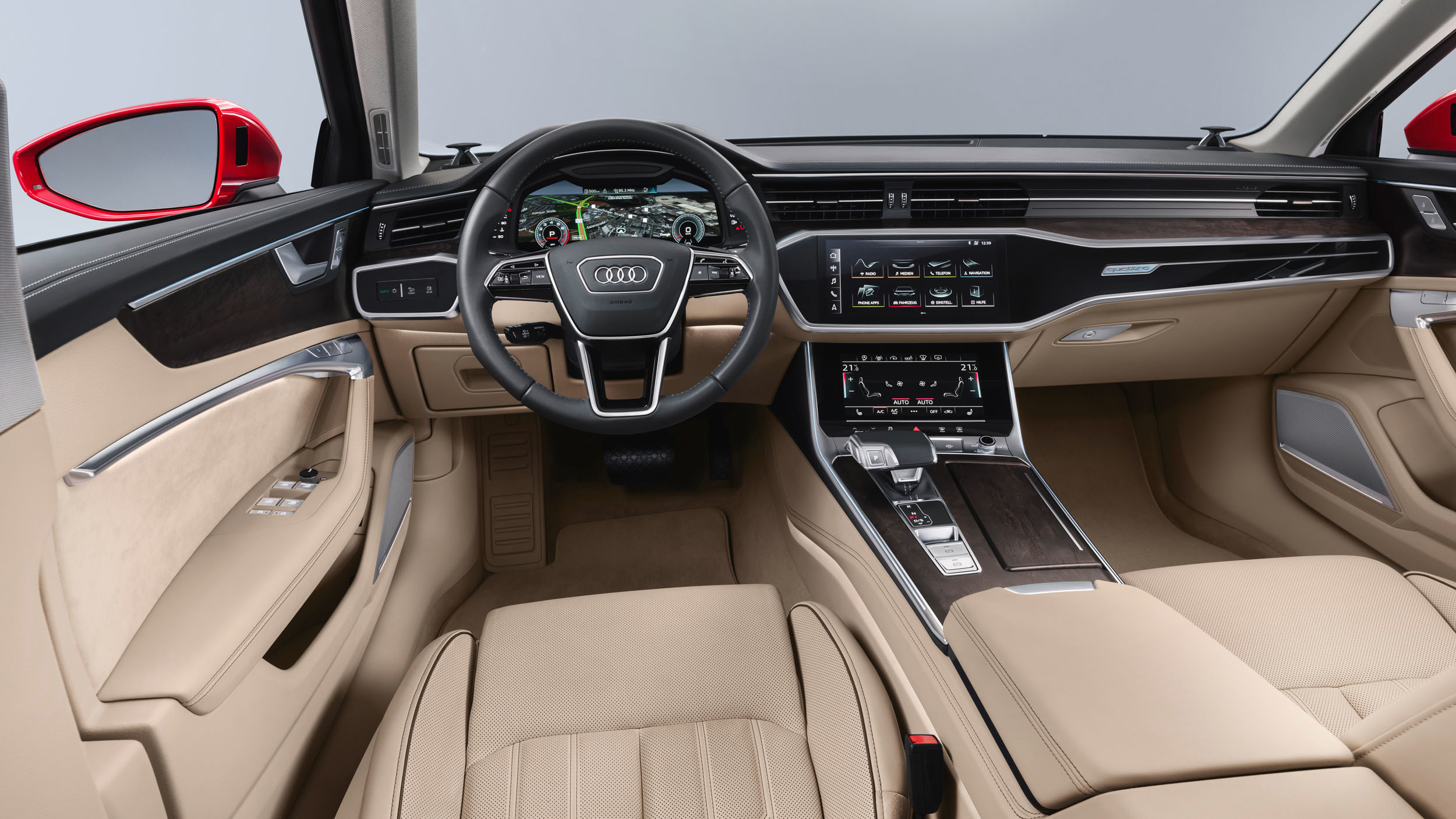 On top of that, the car will come with Audi’s great digital instrument cluster, a far larger head-up display and likely better materials too. Thanks to the new platform the driver will now sit lower in the car, so the driving experience should also improve by a considerable margin. 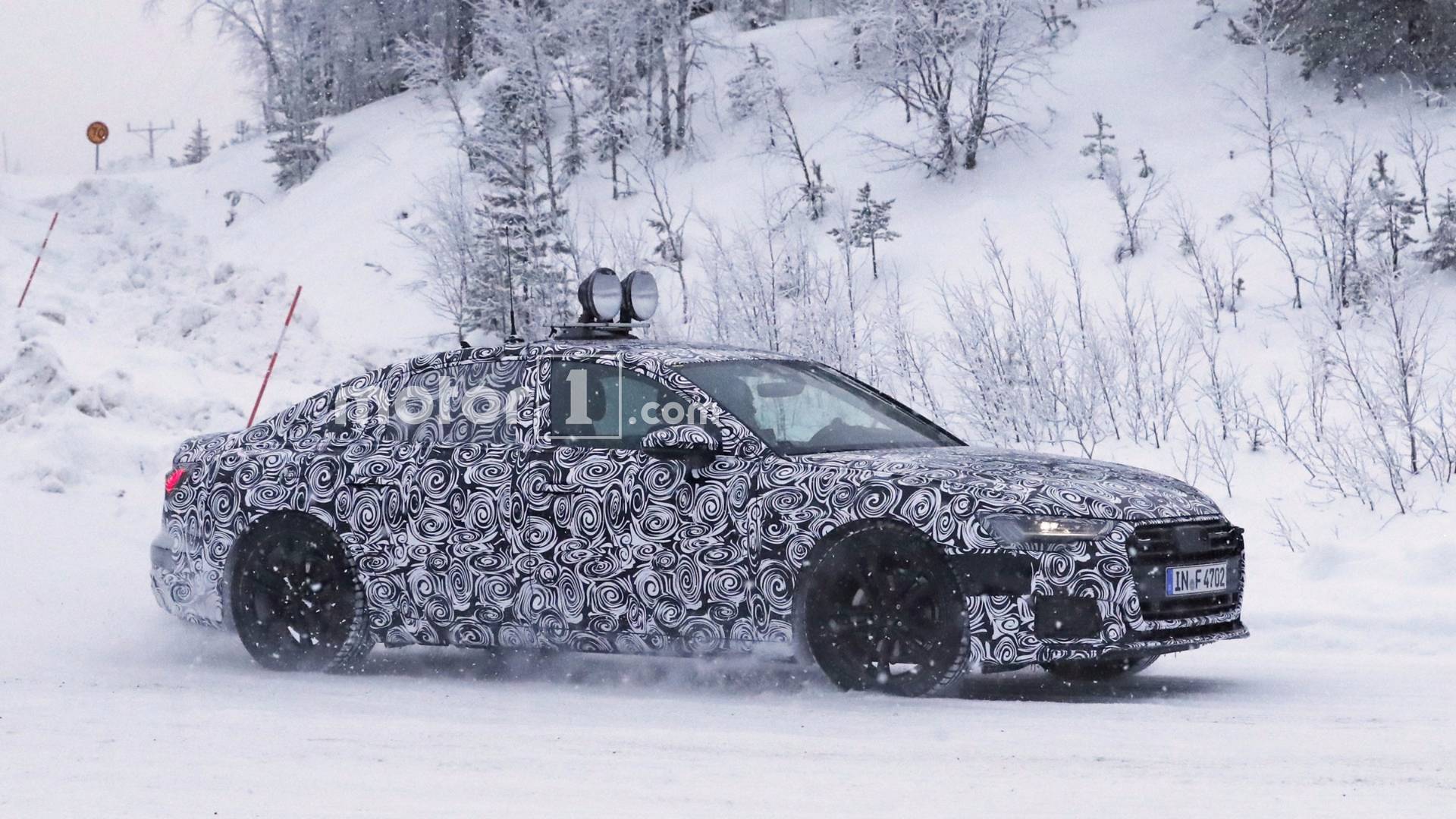 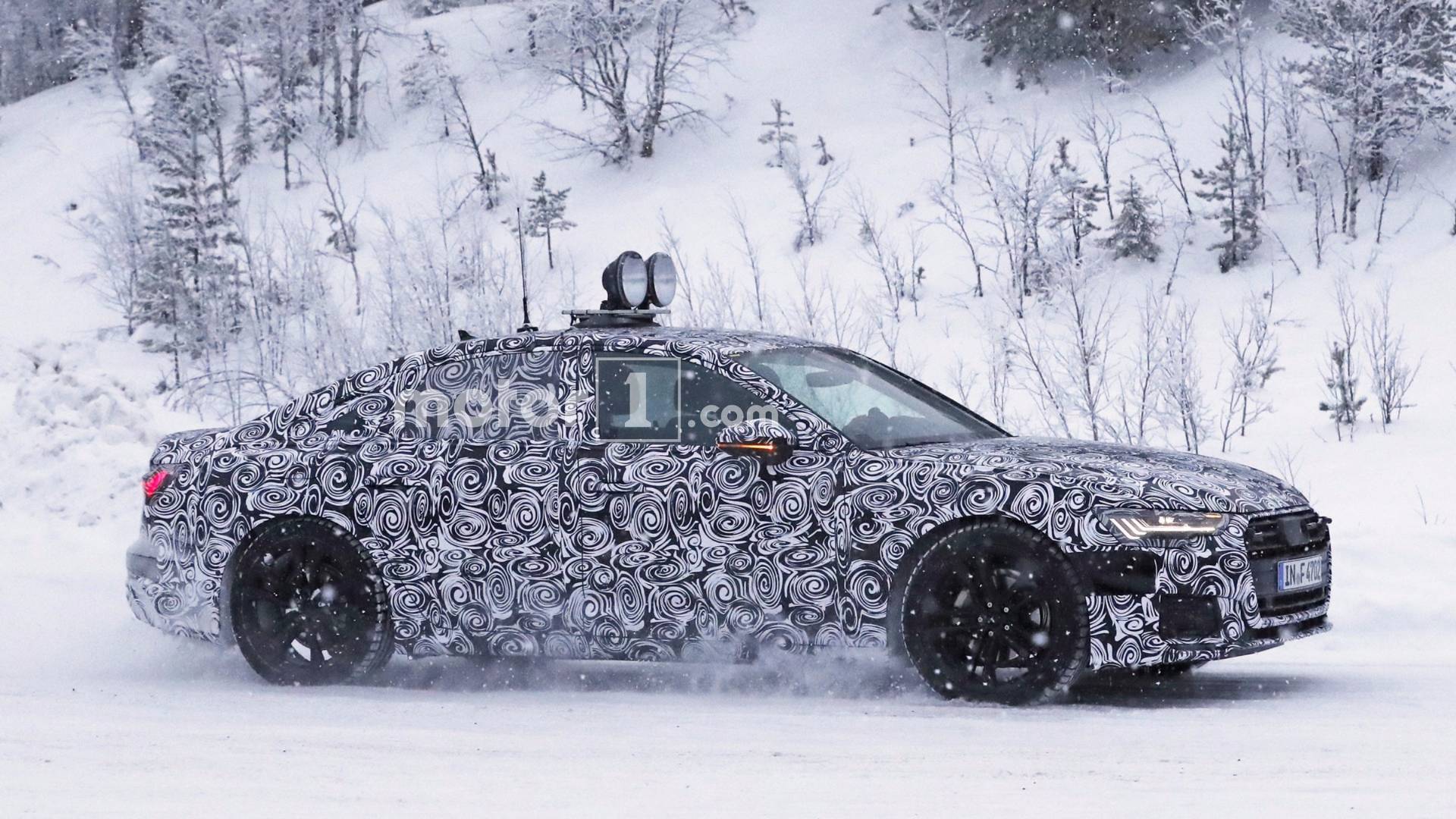 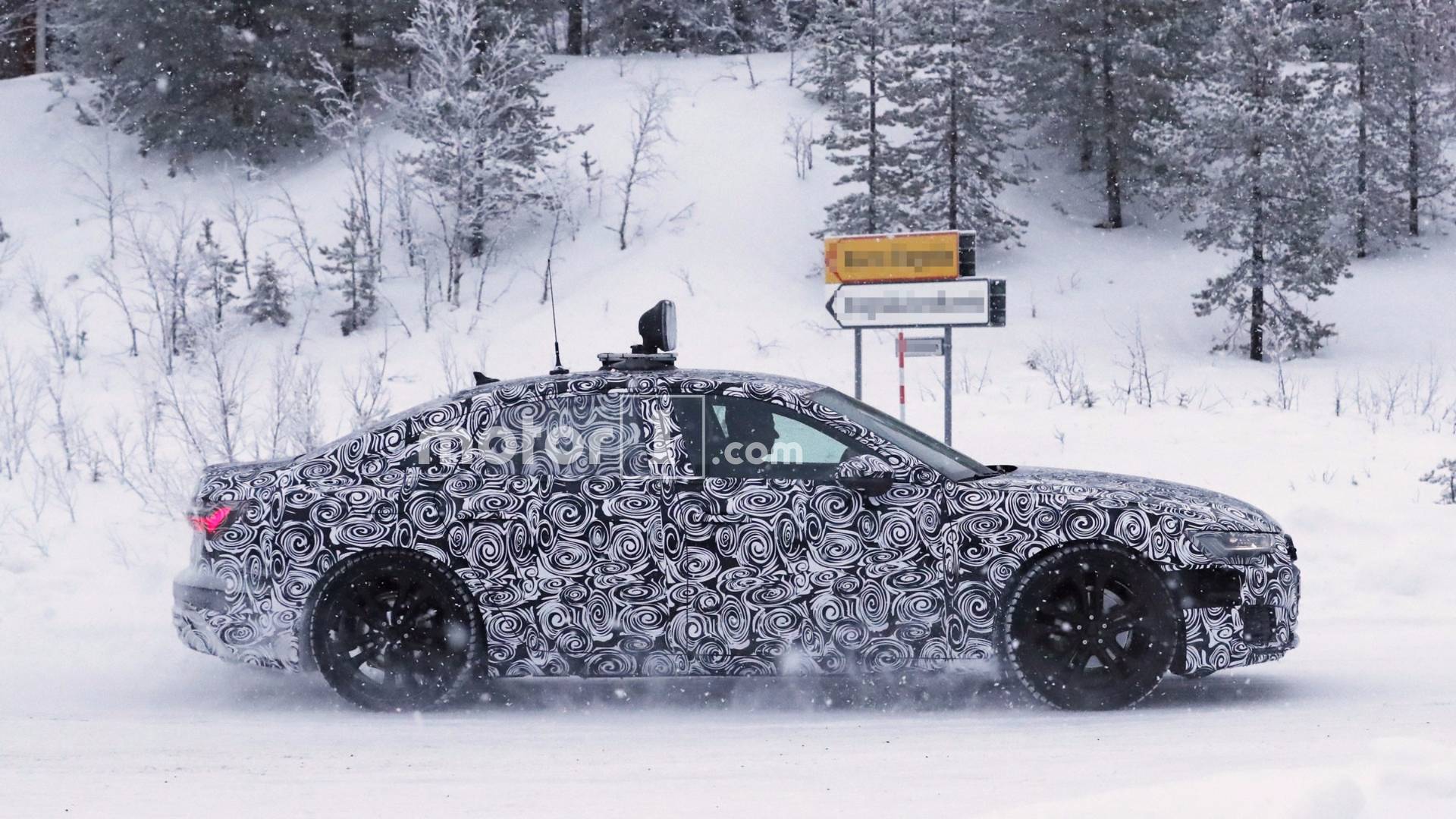 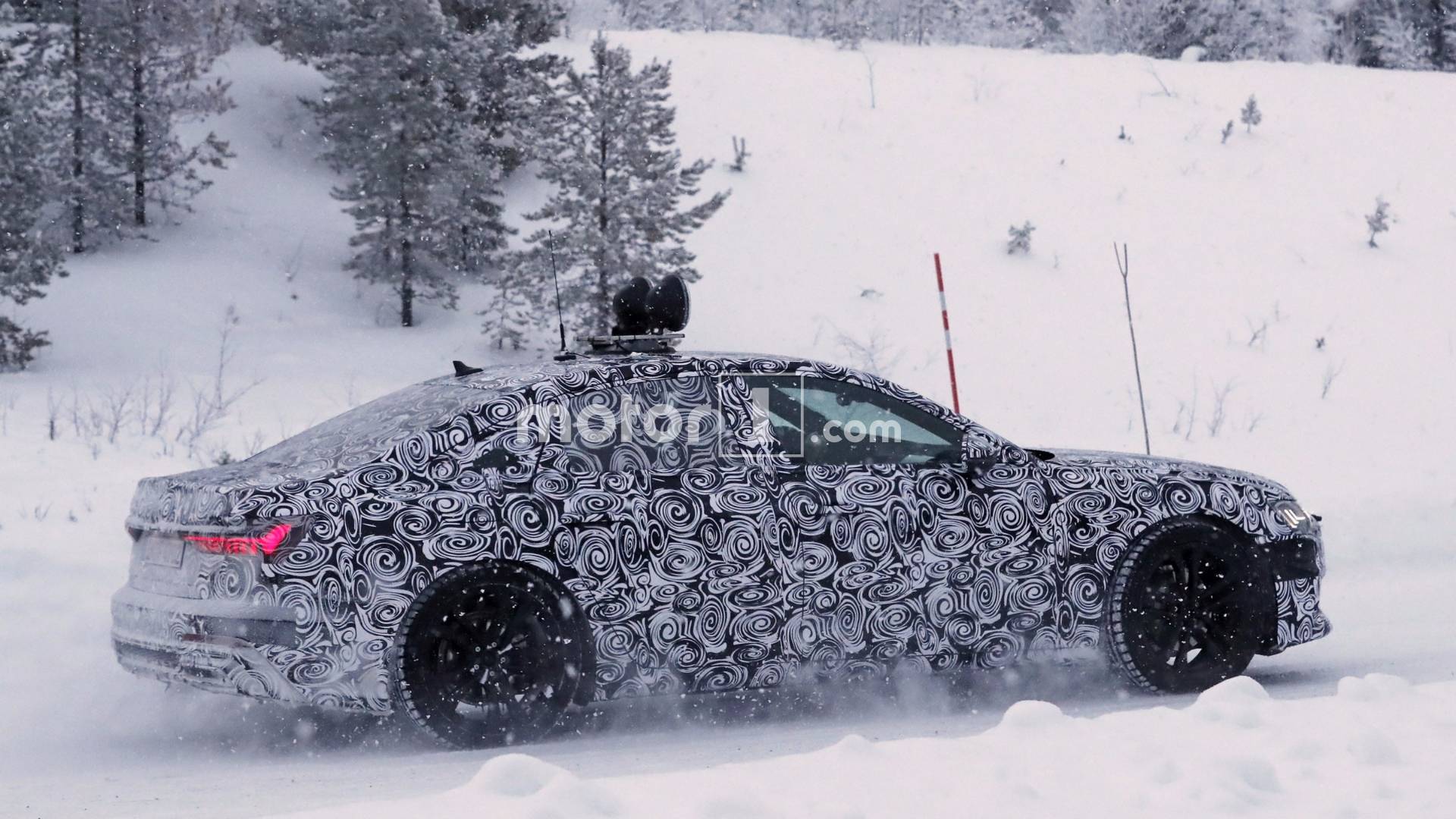 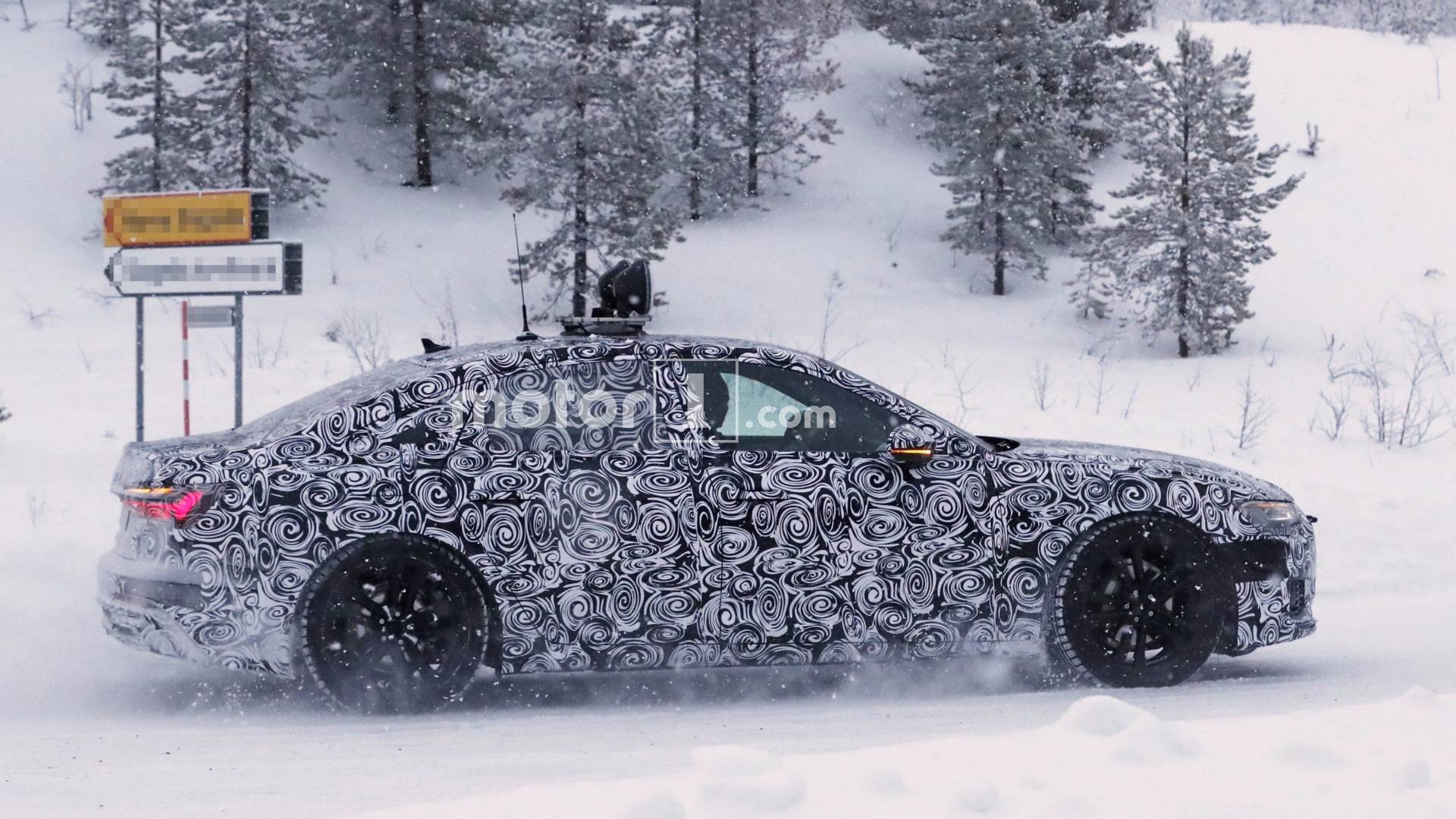 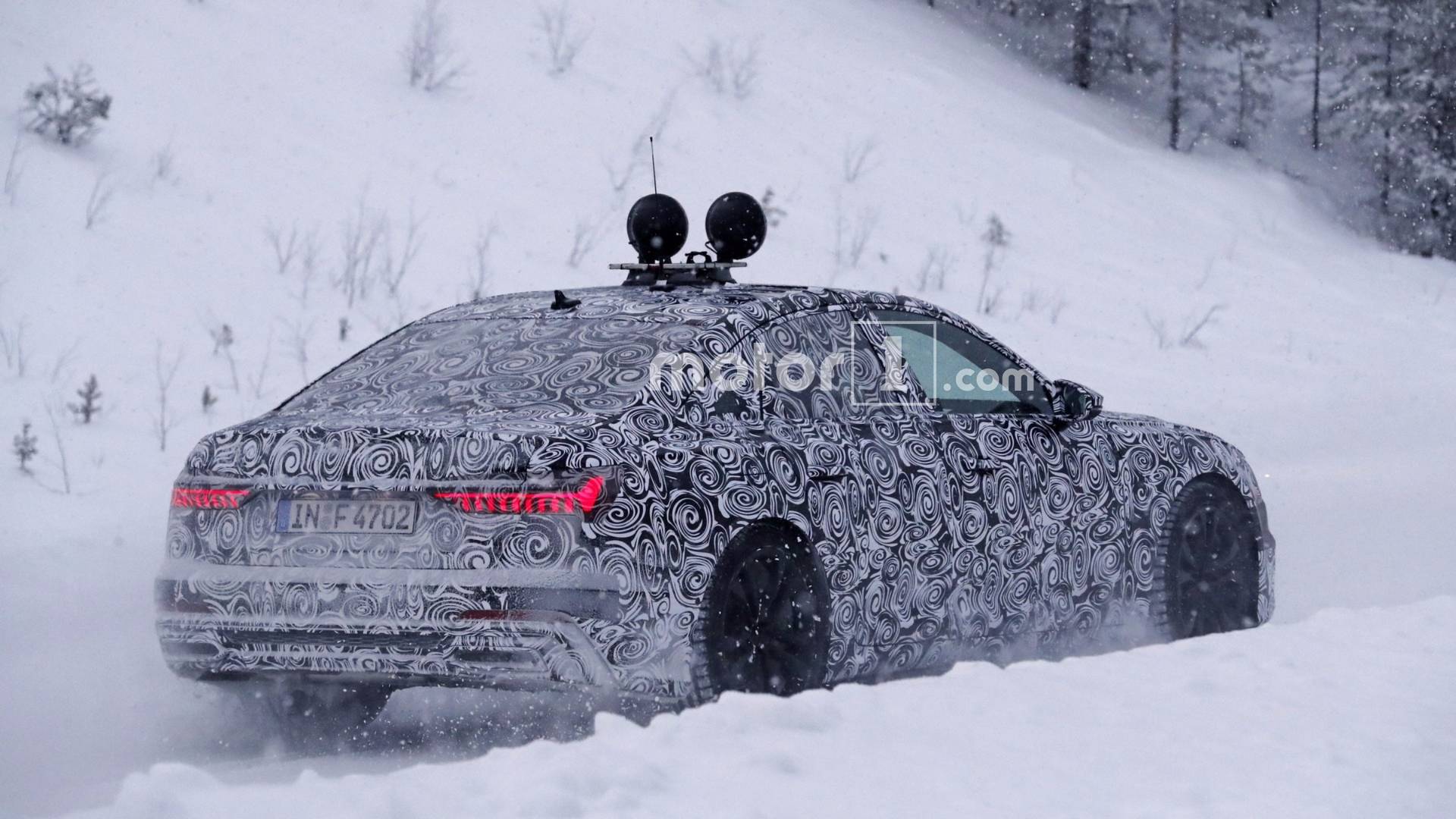 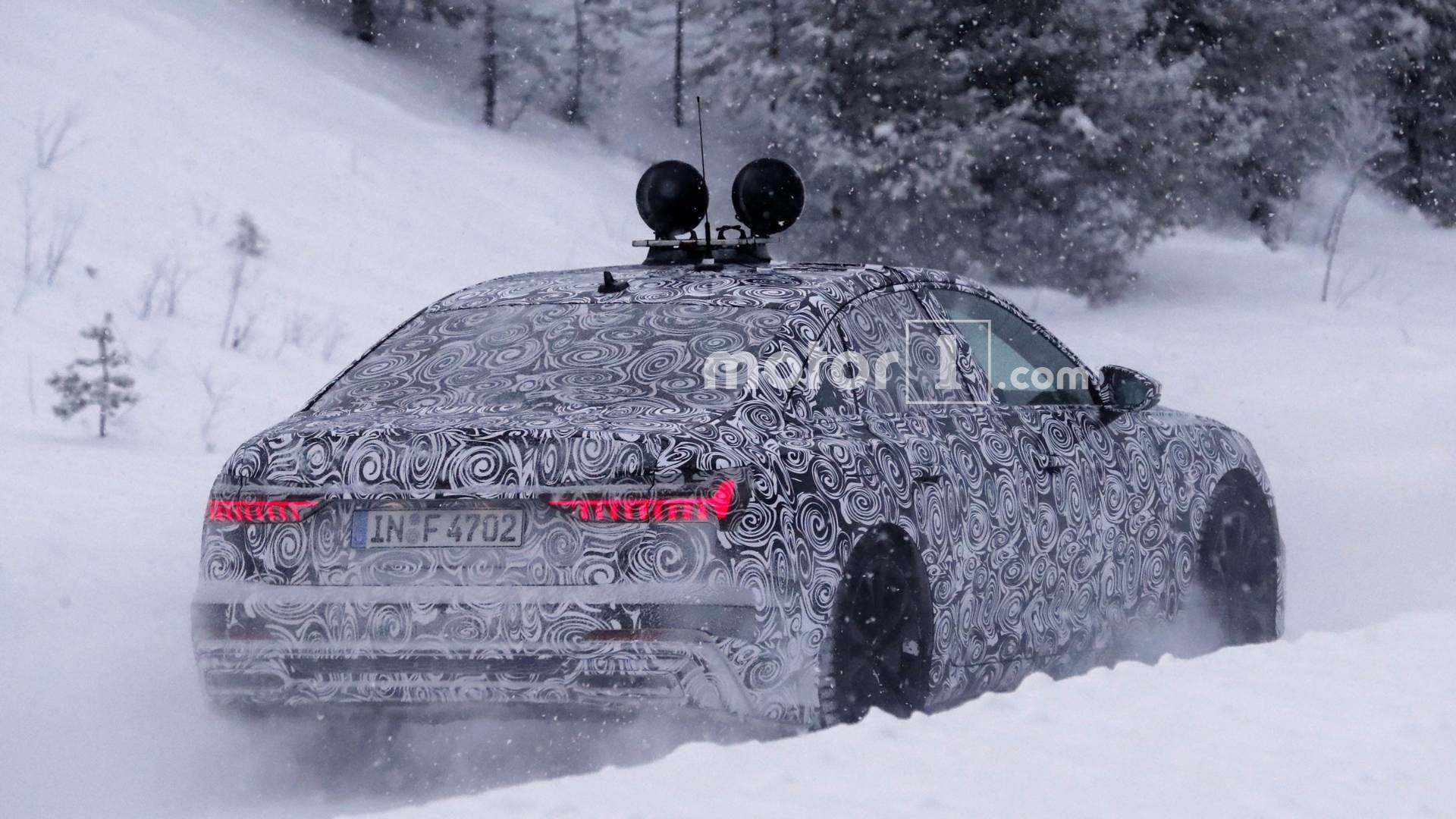 The most basic version of the 2019 Audi A6 is more than likely going to receive a 2.0 liter turbo-four driving all four wheels. This one should make use of a regular 8 speed automatic and it should be able to provide right around 260 horsepower and over 270 lb-ft of torque. Further up the range the car will likely use Audi’s new 3.0 liter turbo V6 which is known to make up to 355 horsepower and 360 lb-ft of torque. 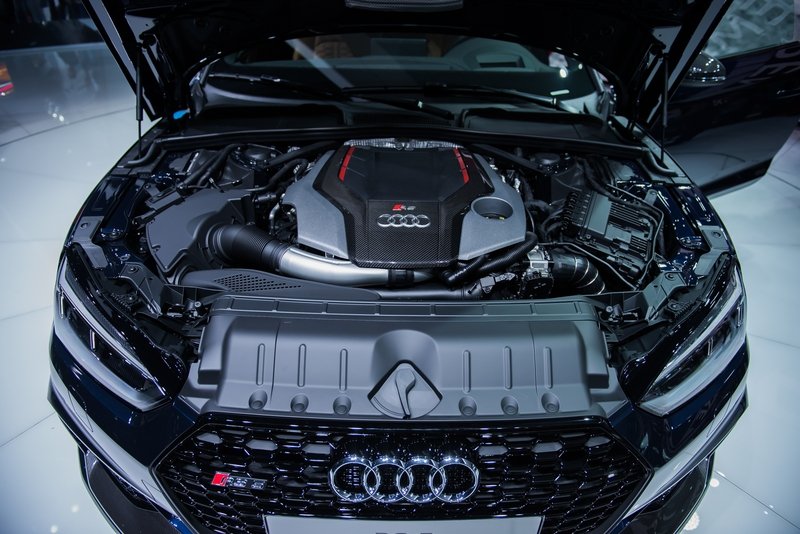 The S6 on the other hand will ditch its V8 in favor of a smaller 2.9 liter twin-turbo V6. This one should be able to provide right around 450 horsepower and 450 lb-ft of torque. All versions of the car will use an 8 speed torque-converter automatic but we do hope Porsche’s great 8 speed dual-clutch unit will arrive at some point in the future.