Despite crossovers tend to dominate automotive world lately, an introduction of newest fashion in engineering and latest tech novelties are still under the domain of full-size luxury limousines, while most of those are coming from Germany. Each new generation of those tends to bring technologically groundbreaking stuff, which is afterward let loose in spreading through other corners of the automotive world. So, what does 2019 Audi A8 brings to the game? A lot.

Primarily, the most unprecedented thing about it is certainly Traffic Jam Pilot. It allows Level 3 of autonomy which means that this Audi is the first car in the world that let you retract your hands off the wheel without it starting beeping, screaming or flashing at you. It considers itself capable enough to let you do your things while it strolls down the highway without your attention. Yet, as much as this sounds astounding, practical usage of the system is rather confined. It works just on divided highways with limited access and up to speeds of 37 mph which means it “pilots” only in case of “traffic jam”. 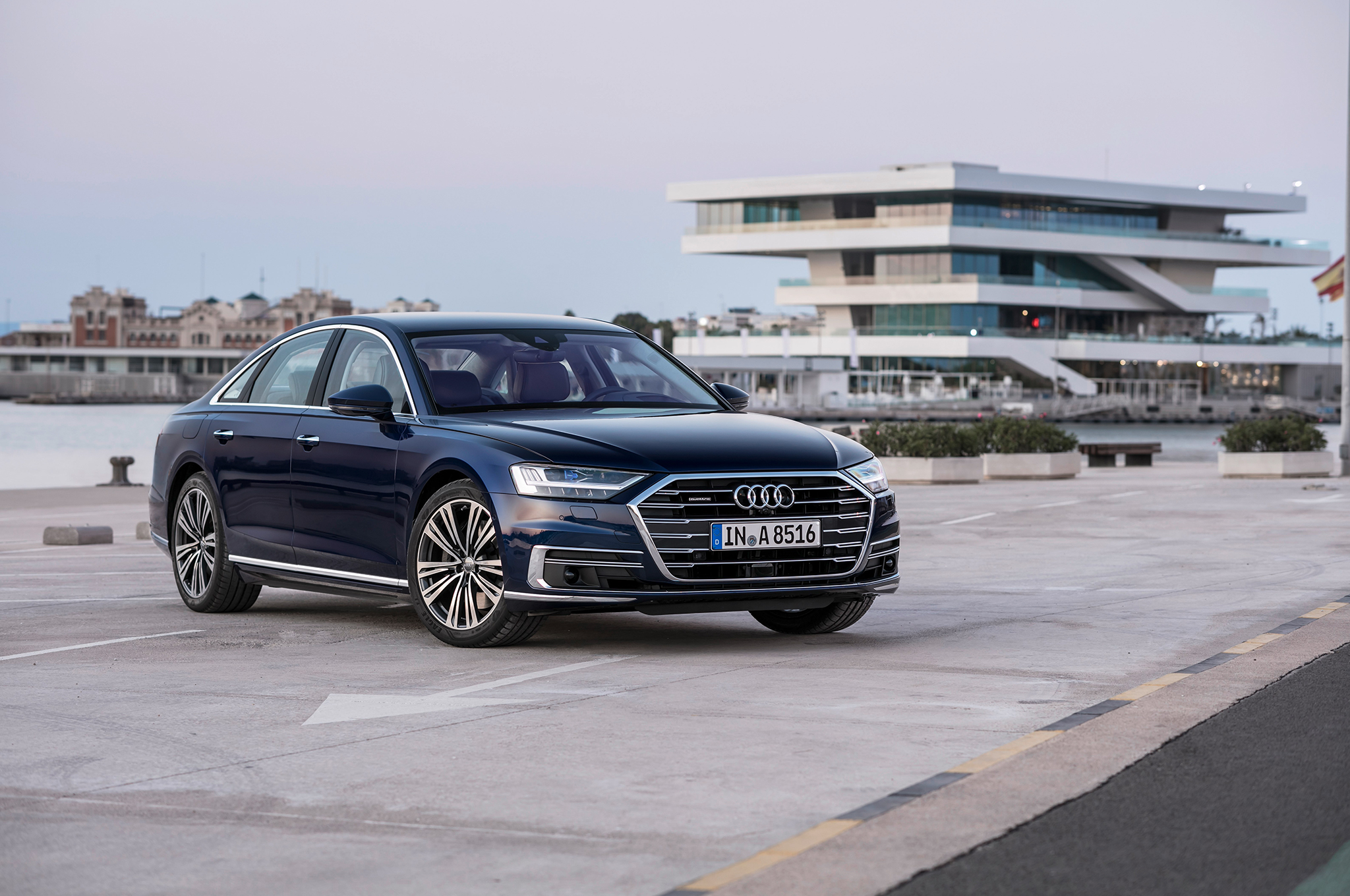 If that killed you excitement, wait as there is more stuff that we wish to share. The suspension has an electric motor at each wheel which lowers or raise its wheel, but it does that right before it encounters a bump or hole. How? The camera is scanning the road ahead and constantly feeds the electric motors with info. Also, if somebody decides to collide with your side profile, that side of the car will lift, leaving to the sturdier bottom of the car to absorb the impact. Finally, right side rear passenger can indulge himself in a special type of hedonism, using front seat as a foot warmer and massager.

Other specs are maybe not the industry first, but that doesn’t mean they are not worthy of mentioning. Contrary in fact. First of all, A8 became a hybrid with each and every engine option. Still, we are talking here rather about hybrid assist technology, where alternator/starter works with 48-volt electricity, and although incapable of pure EV mode it let’s engine to shut down during cruising for a certain amount of time and it collaborates with start/stop system. 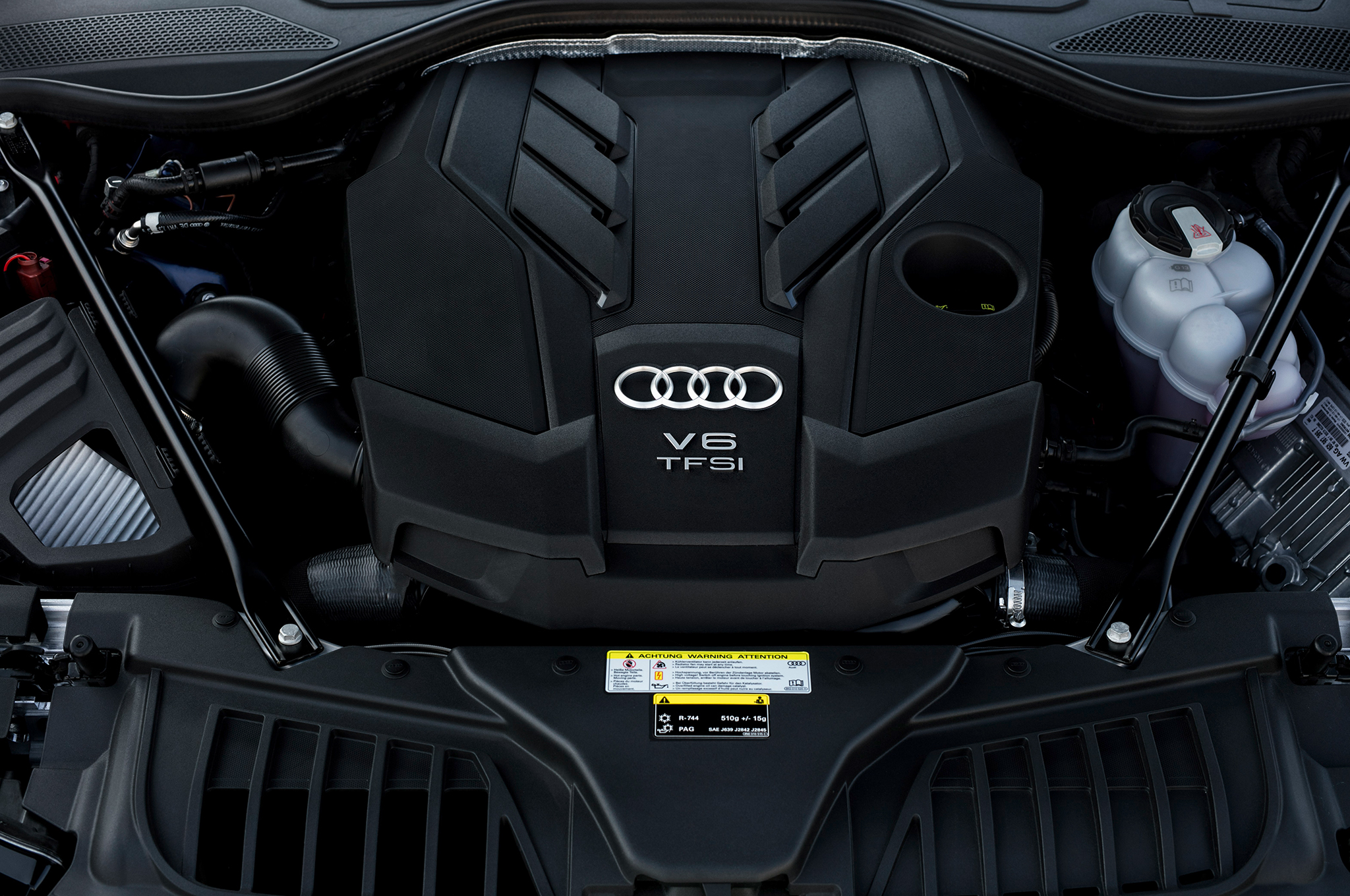 In the US, engine offer is turbocharged 3.0-liter V6 rated at 340 hp and 369 lb-ft of torque, while later arrives twin-turbo 4.0-liter V8 boosting 460 hp and after it’s plug-in hybrid model turn. Quattro is standard, things like torque vectoring for the rear wheels, all-wheel steering and self-parking exist as an option and US version continues to arrive solely with long wheelbase setup in case of the regular model. (for S it is left to be seen).

2019 AUDI A8 EXTERIOR AND INTERIOR

Outgoing A8 was not especially pretty thing, and neither is this one, despite it shed a significant amount of weight visually. It looks notably less cumbersome, thanks to the wider more angular grille and slim horizontal light bar at the back, but it is still boring and generic looking. 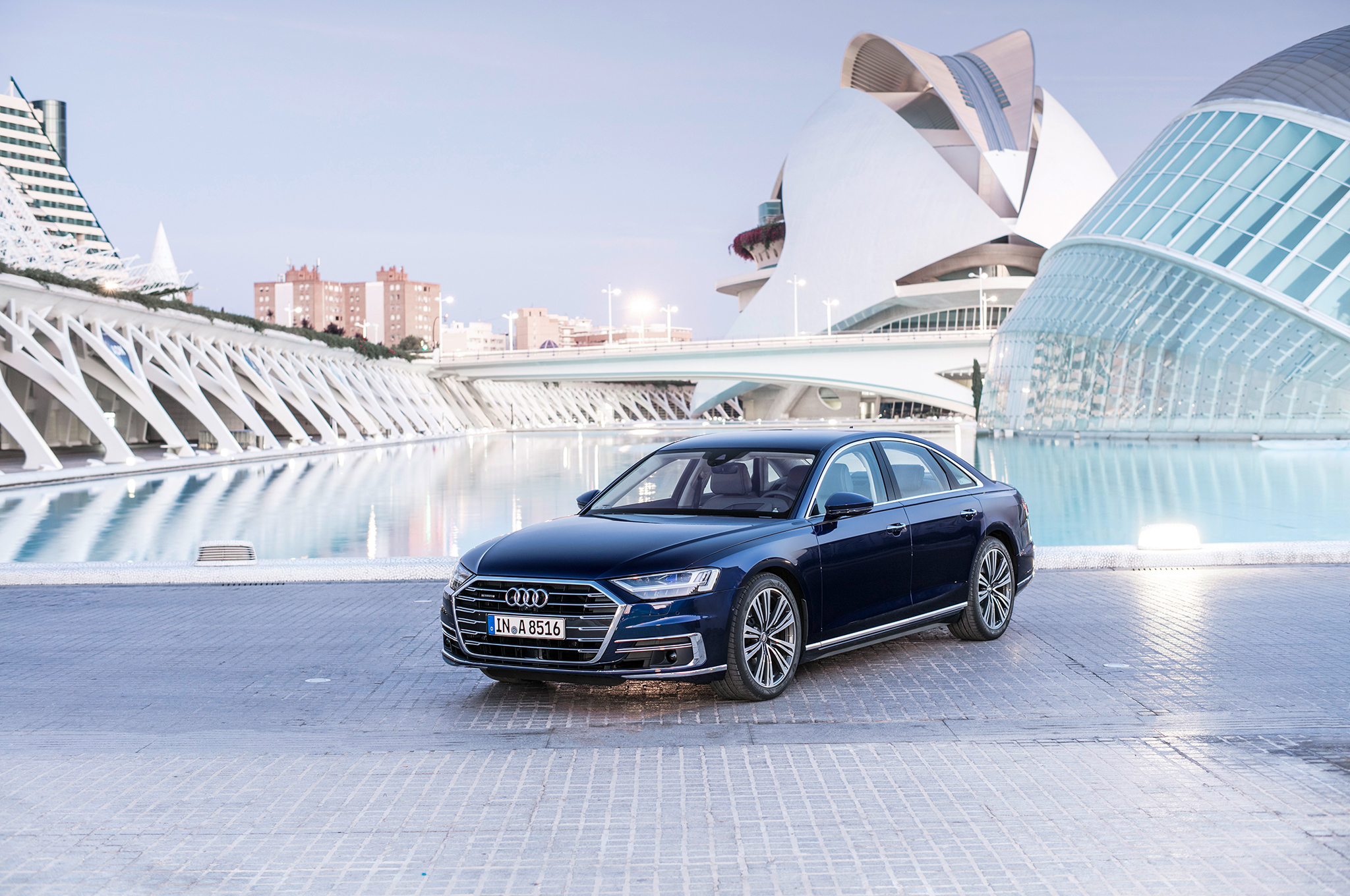 Things are partially mitigated by matrix (not available in the US) or LED headlights and OLED tail lights which bestow anyone watching with a real show when turned on or off. The cabin is ultimate word on recent automotive trends, relinquishing almost all buttons and knobs (but not the volume one!). Beside already familiar Virtual Cockpit and infotainment screen (10,1-inch in this case), HVAC buttons morph to another screen on the dash. 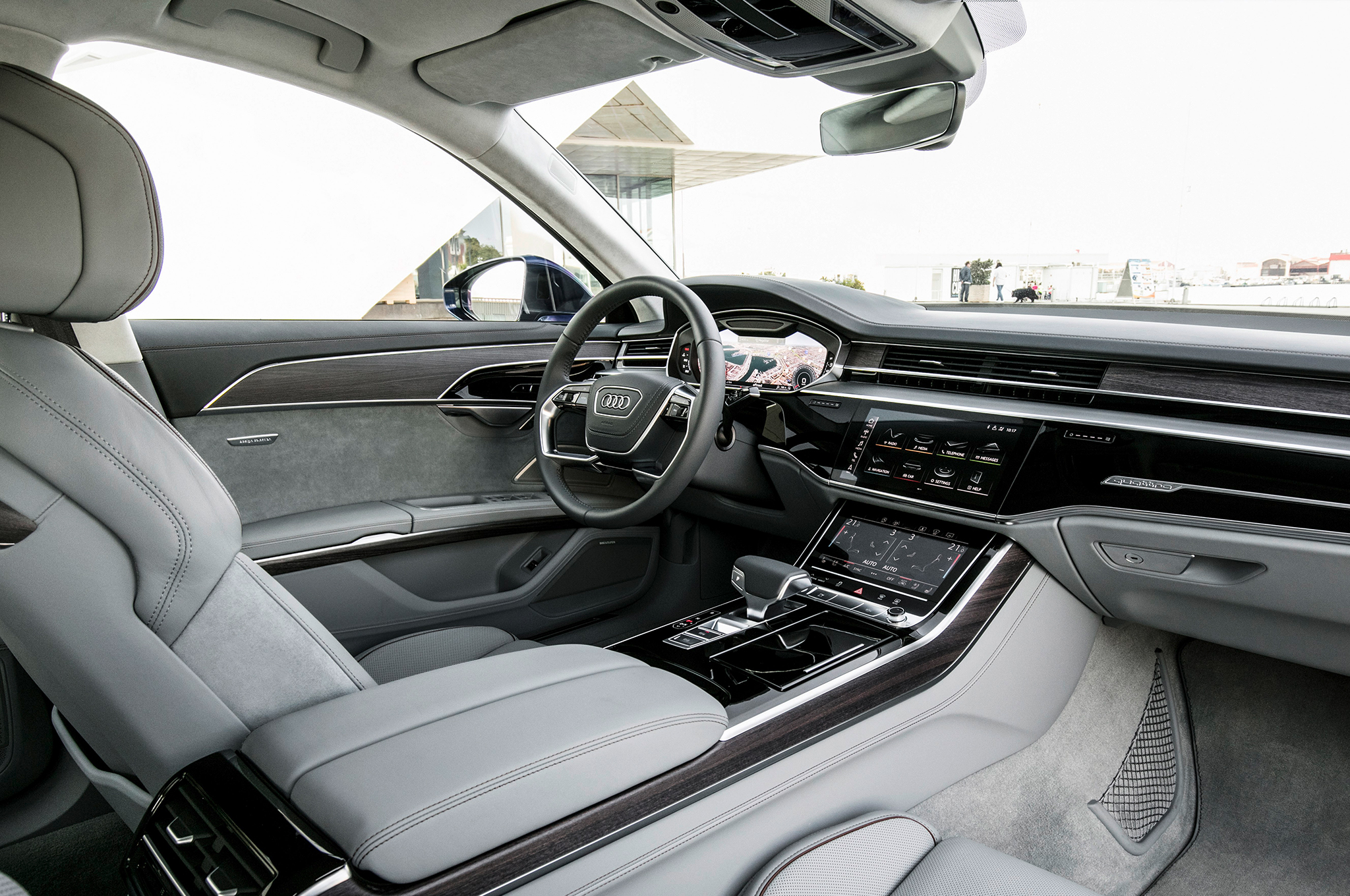 Also, famous MMI controller is gone as both screens are touch sensitive, while also providing haptic feedback. Design of the interior is very clean and elegant, but also overwhelmingly cold and restrained. At least it suits exterior expression.

Ah, the big question on everyone’s minds… No, we don’t think so. New A8 is technological marvel without a doubt, but the main advantage over S-Class is Level 3 of autonomy which could be used on such a rare occasions that basically you will stick anyway with your arms on the wheel when adaptive cruise control is on. Rest is either an attention seeking gimmick (foot massager) or already present in Merc (road scanning with suspension adaption). Despite its age, S-Class still looks majestically on the outside, where Audi fails to captivate, and extremely lavishly on the inside, where A8 also falls as visually inferior, unless a number of screens is your way of describing opulence. Still, if no dethroning occurs at the sales charts, it doesn’t mean that 2019 Audi A8 is not a hell of an adversary for it. And it will remain cheaper, despite price is expected to jump to $90k.